Captain a ship in one of the most intense rich-rushes in history! Choose to be ether a Whaler or Merchant and when you set out from port, nothing but your wits stands between you and a watery grave. Seas of Fortune will immerse you in the cold hard truth about life at sea, but you're not alone. Your crew stands with you in your battle for survival and riches. Keep morale up, supplies stocked and the ship in repair. There are riches to be had, and Legends to be found. 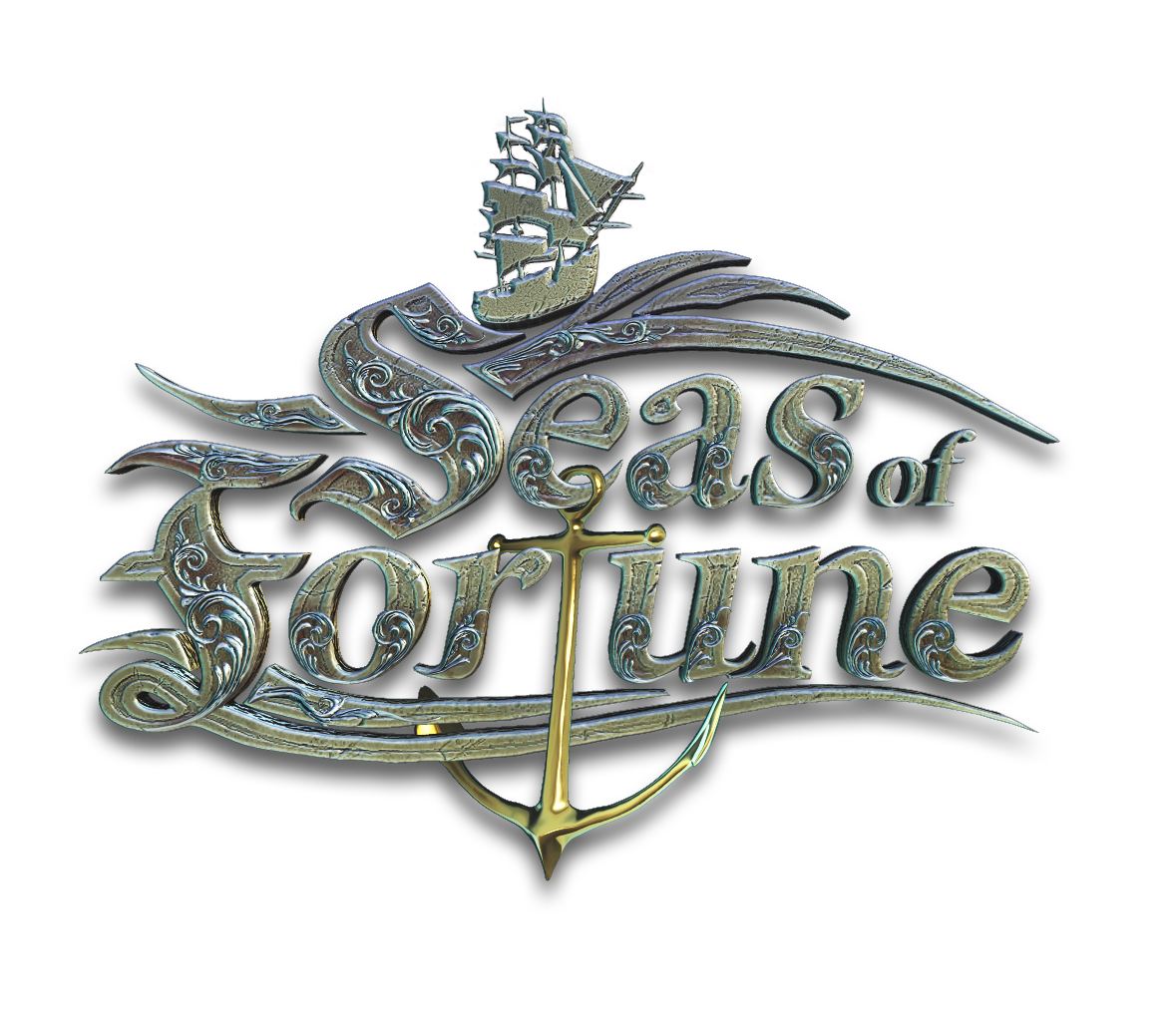 I hope you are all enjoying your summer, its been a few months since last update. This is mostly because the I've had to focus a bit more on my health, 20 years in front of a computer has taken its toll on me and I am now better at taking a break and hitting the gym, overall I am feeling 10 times better and more motivated than ever! So here is a new update of what we have had the time to focus on since March!

We have also improved the fog in the game which gives a better and more gloomy look!

As the tech update mentioned, we are experimenting with the crew options. First out is the assigning of a helmsman, he will sail you to the next island while you explore the ship and you can also command him from any part of the ship.

We are experimenting with a ledger gives you a quick view of the monthly expenses.

Climbing the rigging and leaning on it for a better free view is also implemented int his build. You can also see we have improved the ocean a bit.

Overall the improvements have made the build more streamlined. (Please excuse the GIF quality)

Here is a link to our steam page:

Here you can take part in the discussions or ask any questions you want and even wish-list it! 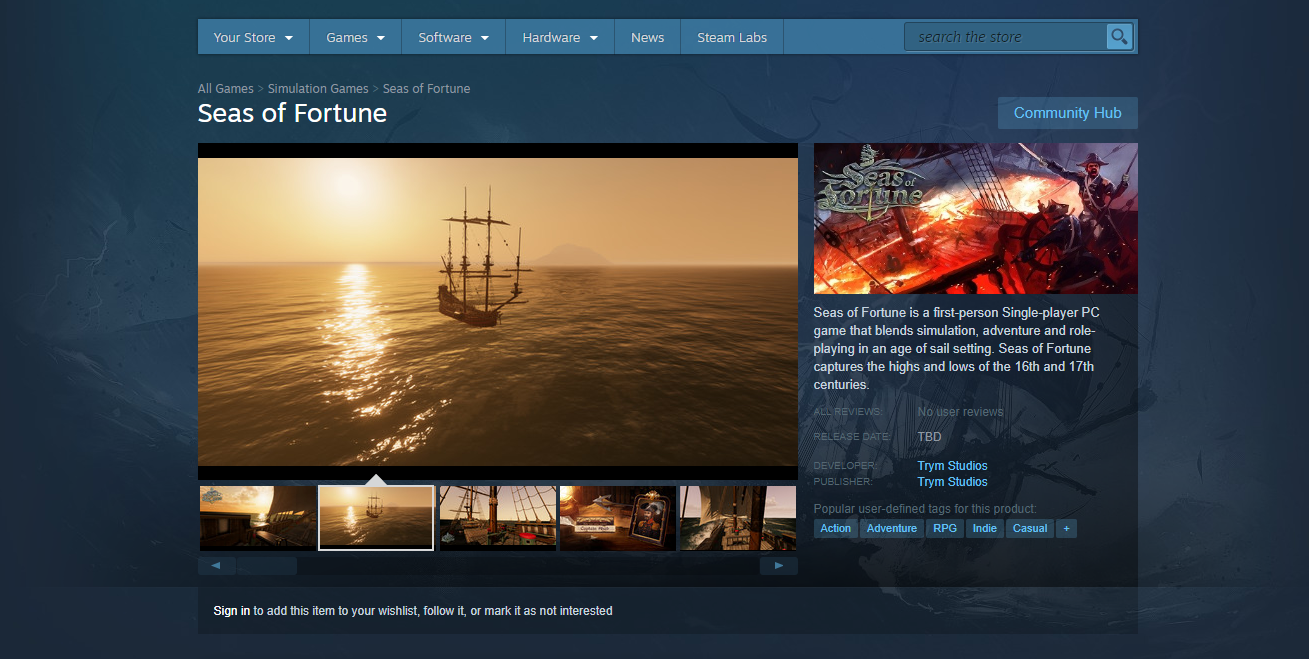 I hope everyone has a great summer and I am already looking forward to the next update for you guys! 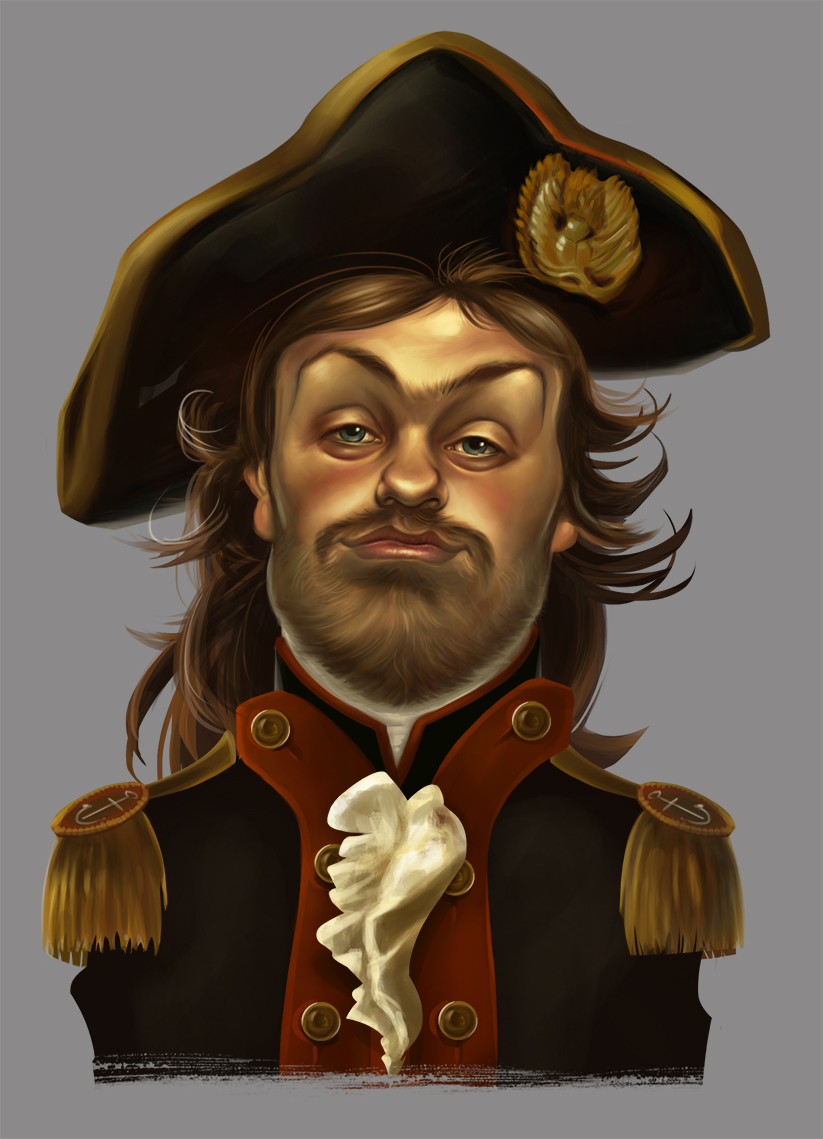 We have done a huge optimization of The Dawn, and the ship is now finally 100% done. We also implemented an early version of crew walking and are working...

A summary of everything we have been doing these last few months! Build notes, animations, islands, tech tech tech!

This last month we have focused on FX, some new models, textures, starting an NPC ship and animations.

A look at why Kickstarter was cancelled, the team behind the game, some asset creation and new animations.

Keep up the crazy detailed updates!

Thank you! Will for sure!

graphically it is beautiful

Hopefully we will have the same impression tech wise. :) Thank you!

So looking forward to this! good luck on the project!

have you ever thought of adding rare albino whales like say a white sperm whale (does that sound familiar?) it would be epic (and horrifying) to see moby **** himself (atleast a close representation of it) jumping out of the water.

if you have then discard this comment but if you haven't then your welcome.

Trust me when I say we have some plans for this! ;)

Sometime after release, you will have a pleasant surprise regarding that specific story! It would be almost natural to have it, wouldn't it? :D

Amazing looking game, if it pans out I will definitely pick it up. The concept is ridiculously unique!

ACBF did this aswell actually but it was more of a side quest.

as compared to this game its just all of it.

Indeed they did. Only difference was that Moby **** in general has a story to tell, obviously they couldn't include that in ACBF but someone else can tell that story somewhere down the line *coughs* DLC *coughs*

Thank you so much! That means alot, hopefully we will meet you expectations on it Tumult7, personally I will work hard for that! :D If you want, you can sign up for the newsletter, closed beta and giveaways at www.thewhalergame.com soon, you can join the forums there as well! :)

Thanks again, and have a great weekend!

Twitter
Tags
Embed Buttons
Link to Seas of Fortune by selecting a button and using the embed code provided more...