A mobile game in the genre of match-3 in the space setting. At the moment, the project is in the alpha testing stage.

Hi there, it's time to share the development news, because it's been a long time since the last article, you probably think we're ready to break into the markets? Ha-ha... Not today, my friend, not today.

Hooray, it's already April, which means that something in the game should have changed. The team continues to raise the server for the game – a million tasks have already been solved, there are still a billion to solve.

New interfaces are drawn, chips match, and ships explode. This blog will be more about pictures than about specific achievements and successes, since we simply will not be able to physically show some of the mechanics that are actually already in the game, but are still hidden. And I don't want to write dry text without an appropriate visual component. In general, we will plunge into the past and look a little into the future. Well, let's get started. 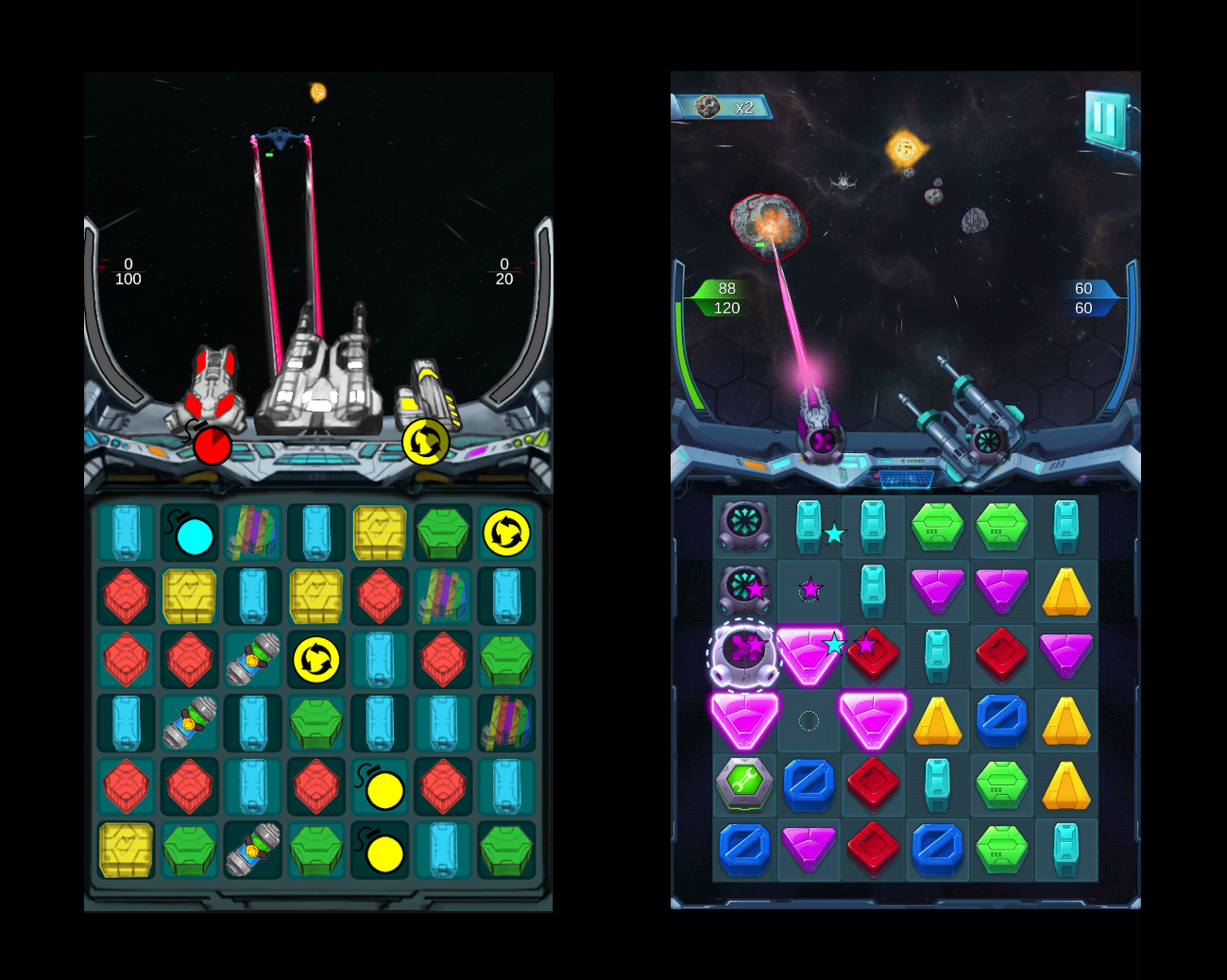 We actively put the UI and its elements in order-we draw beautiful icons, emblems, and make everything as readable and intuitive as possible. Below you can see the evolution-from the concept to the final design.

We had a very long time with the artists-the crystals did not want to come together in the edges, and the containers did not turn out to be smooth. I think we still have a lot of work to do, but we are happy that everything is moving in the right direction. Here we just want to show that perfectionism is not just a whim or a bad character trait, and the main assistant, if you want something bigger and more beautiful.

The overall appearance of the UI has also changed, not only is it now digital art, but the style itself has changed direction, from a more cartoon-like one. At the same time, the buttons themselves and their location differ little from the previous design, which is good news. 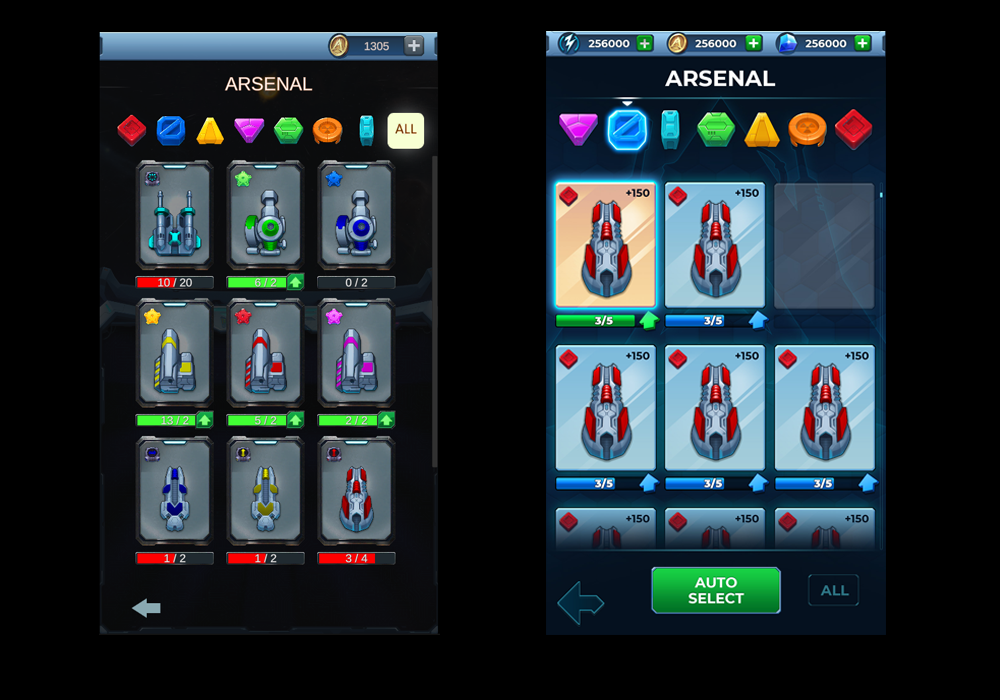 I would like to immediately note that so far too few of the planned entities have been drawn, so do not rush to throw slippers-ha, but you have only two types of enemy ships. We noticed it too). But we promise that we will improve in the near future. 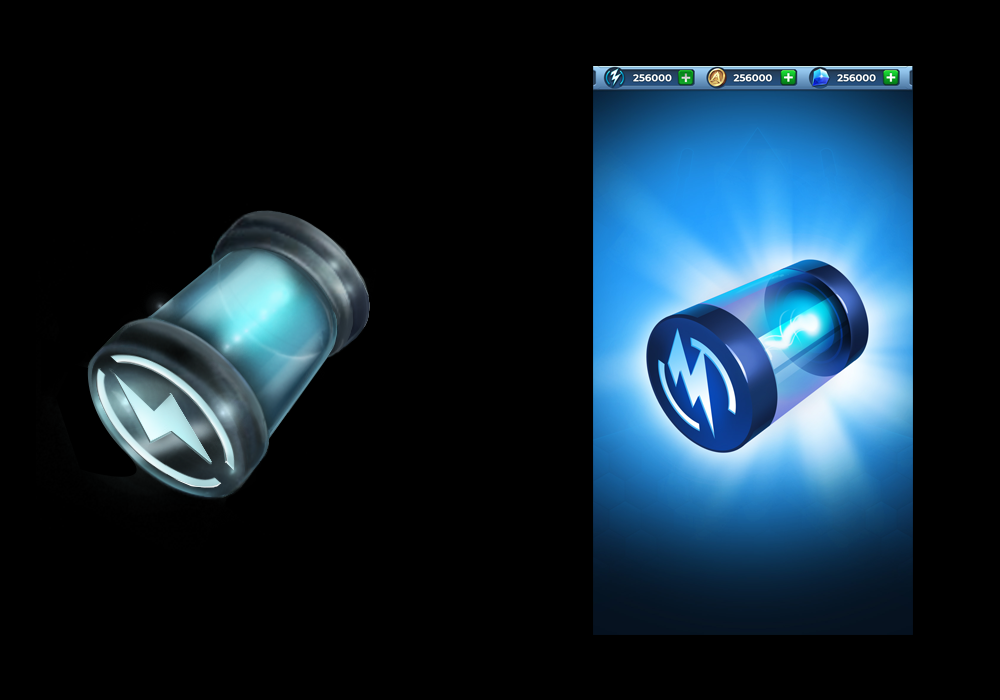 We have already launched closed testing, but not for a wide audience, since the version is still quite raw, it is better to postpone this moment until the launch of the server part of the game, so that players can better understand what awaits them in the future. However, we are already showing this version to potential publishers, so that them can test the gameplay.
Here I will make a reservation right away: we are still negotiating with some (and among the publishers or our colleagues there are very nice people with whom it would be cool to work), but there are no real proposals to suit both sides yet

But back to the good stuff – the game is really getting the features that players will see in the soft lunch. Chips are already like chips, guns are like guns, rewards are given out at each level. Below is the gameplay from the mobile version on iOS, it seems to come out pretty well:

Since while the server is being raised, we are not adding new mechanics to the game, so part of the team switched to our old Darkanoid project to successfully transfer it to mobile platforms, we have prepared a short article in the Darkanoid games section. And next time, perhaps, we will talk about monetization. No matter what anyone says, but this is a really important component of the free-to-play project. 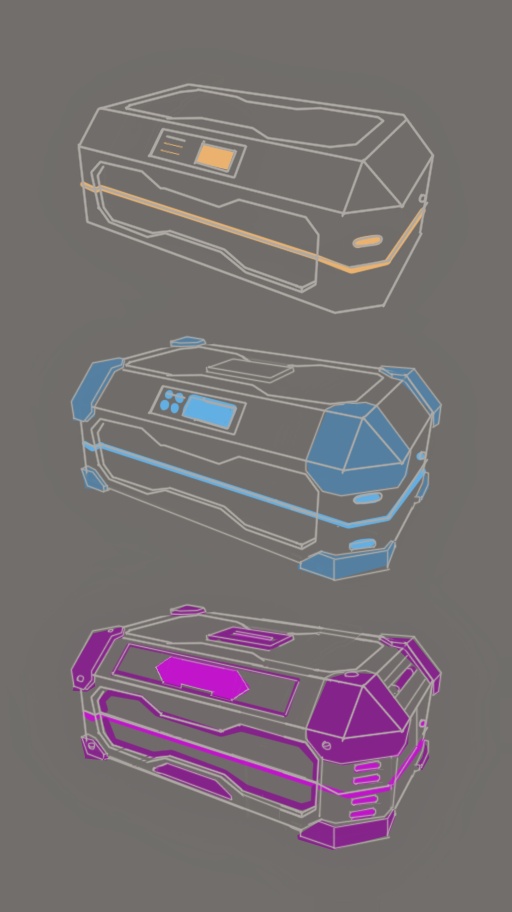