- Inventory; the inventory system is based on weight, carry too much and you will not outrun the Horde!

- Multiplayer co-op, the Host plays his story and has the support of up 4 players.

- Enemies; There are 4 factions in the game, and each faction has multiple classes ( Infected, Rebels, Paramilitary and the visitors).

- Open world exploration and quests; Discover what happened to earth by exploring, you can also fast travel and explore different maps to obtain Rare items, each area with varying difficulty.

- Build you house, Players can build their house, apply fortifications and set traps, to defend against the night invaders!

- Crafting; there are around 400 crafting recipes from tools to workbenches, 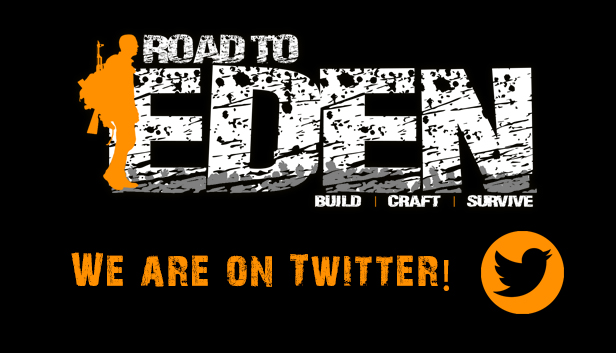 Hey Guys! Follow us on Twitter and get the latest news, streams, videos, and updates we are working on.

We bring you another optimization and bug fixing update, we will be continually optimizing and fixing any reported bugs.

We have been hard at work to bring you yet another update jam-packed with new systems, items, and baddies! Thanks to our active community we are also...

Road to Eden Alpha 3.0 is out! New and exciting stuff with every update. In this update the map size is now 3 times bigger, new building system & structural...

We are giving away Steam alpha Keys for the upcoming alpha testing phase!

Thank you all for voting . From RTE staff

It's on the Steam page. Store.steampowered.com

What's going to set this apart from the abundance of other survival games?

All survival games are similar, I am trying to set Road to Eden apart by adding A story, endgame content and other interesting features like world events, join me in the discord channel to check out the game updates and news
Discord.gg

Super excited about this one, can't wait to see where this goes.