Reverie Knights Tactics is a turn-based tactical RPG with strategic battles in isometric grids where every decision you make can alter the story and the way you configure the characters.

Lead your party of heroes, each one with distinct, special abilities and skills, allowing you to use multiple battle strategies to defeat your enemies. Craft new items and accessories from the treasures you collect and use them to further customize your characters and gain a tactical advantage!

Delve into a unique fantasy world featuring deep map and scenario exploration in an epic adventure, stylized as a visual novel and set in the Tormenta RPG setting, drawing inspiration from more than 20 years’ worth of tabletop RPGs, comic books, novels and audiobooks. Embark on an expedition to find Lennórien, the long-lost elven city, to save your loved ones, while fighting the goblin menace that spreads terror across the continent!

Reverie Knights Tactics out now on PC, PS4, Xbox One and Nintendo Switch 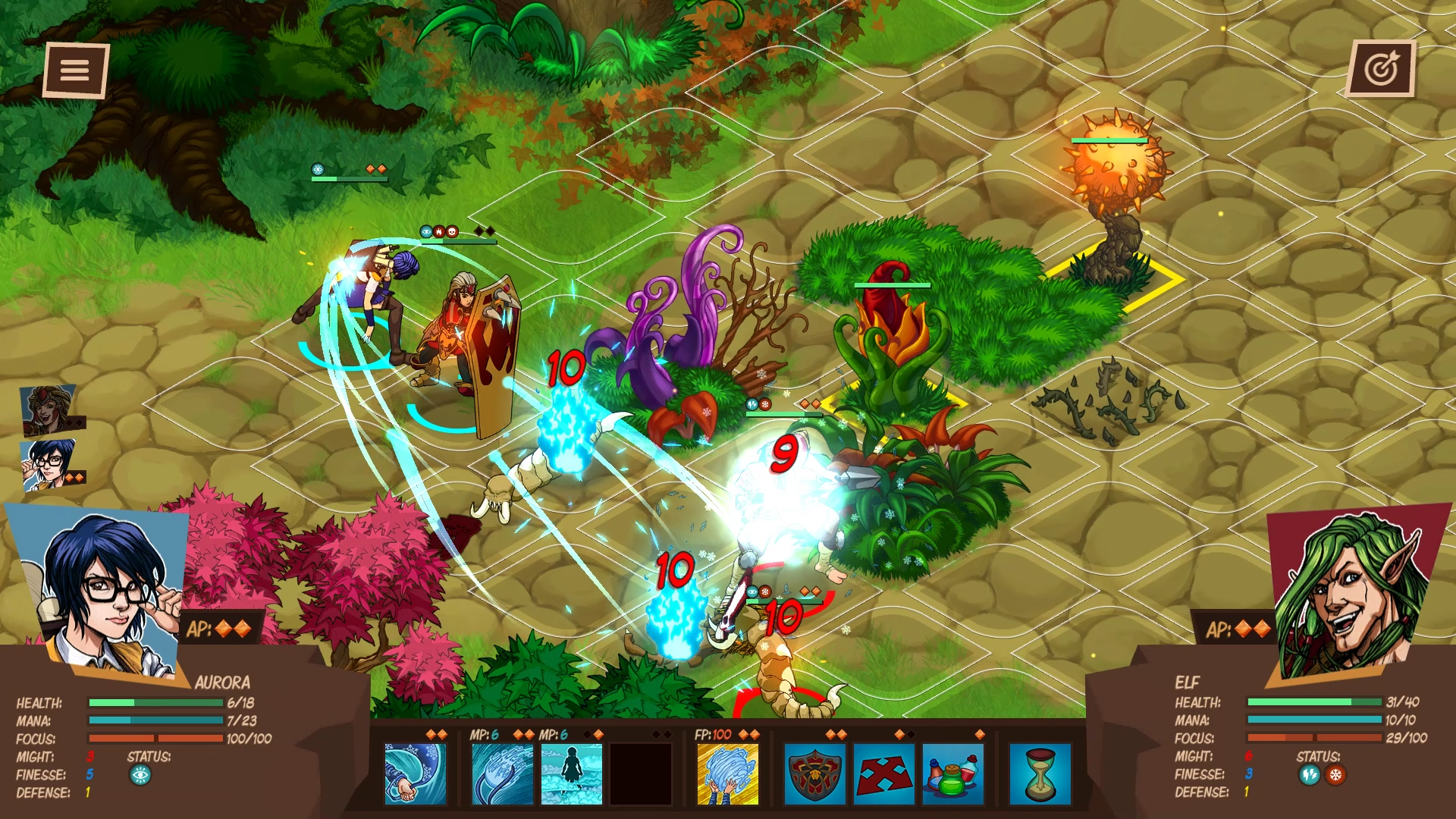 Developed in the south of Brazil in tandem with Hype Animation and Jambô Editora, Reverie Knights Tactics is an isometric adventure set in the celebrated Tormenta RPG setting, where it draws inspiration from more than 20 years’ worth of tabletop RPGs, comic books, novels and audiobooks. Assume control of four unique heroes as they forge a path through a world devastated by millennia-long wars between elven and goblin forces. Shape your characters with your choices, and become a master tactician by utilising environmental features and scenario effects to your advantage.

Embark on an expedition to save your loved ones from Lennórien, the lost elven city, while fighting the goblin menace that spreads its terror across the continent. Lead your party of heroes, each one with distinct, special abilities and skills, allowing you to use multiple battle strategies and powerful team attacks to defeat your enemies. Discover a fantasy world featuring deep map and scenario exploration in an epic adventure, visual novel-style. Craft new items and accessories from the treasures you collect and use them to gain tactical advantage every time you configure your characters.

Reverie Knights Tactics is available for $24.99 USD / 24,99€ EUR / £20.99 GBP and available on PC, Nintendo Switch™, PlayStation® 4, Xbox One, alongside the new generation of consoles thanks to backward compatibility.

The game supports English, German, Japanese, Portuguese-Brazilian, Russian and Simplified Chinese languages. A physical version that will include a set of extra printed character cards will soon be available in retail stores across Europe, Southeast Asia, Australia and New Zealand for Nintendo Switch and PlayStation 4.

We are happy to release Reverie Knights Tactics Prologue, a playable preview version of their upcoming turn-based tactical RPG

1C Entertainment is excited to announce the brand-new tactical RPG, Reverie Knights Tactics that is planned to launch this fall!