Welcome to this week's installment of the AR blog. We have some cool things to show you so sit back and scroll down. Engineering The engineer is a neccessary unit that appears on both factions carrying a Barretta Pistol and a Utility Case. With this case he can repair buildings and capture enemy

Welcome to this week's installment of the AR blog. We have some cool things to show you so sit back and scroll down.

The engineer is a neccessary unit that appears on both factions carrying a Barretta Pistol and a Utility Case. With this case he can repair buildings and capture enemy tech buildings. Every Engineer shouldn't be without his duct tape and can of WD40. They are mission critical... ;)

rm5248 completed the engineer model and I put some heads on him. This is where we announce our killer new feature: Random heads/ethinicity! We have a white engineer, a black engineer and an asian engineer. This is to vary things a bit so that we don't get a whole load of clones running round. As soon as you buy an engineer, the game will pick one of the three variants at random. These won't be selectable by camos. We are hoping to implement this for every infantry character who has an open face (i.e. not wearing a mask). Tanya, Boris and Yuri will also be exceptions to this rule. Anyway, enough of my textual infos. Look below for pix ^^ 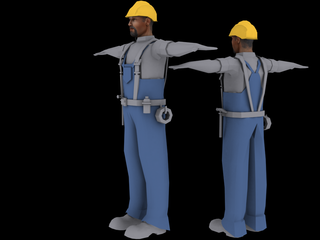 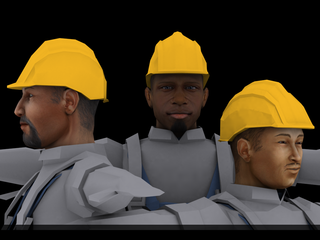 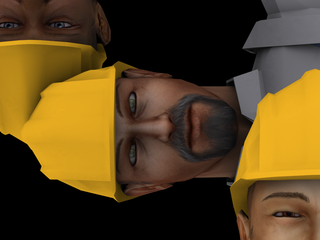 Unknown to anyone other than myself and cfehunter, our good friend DJS5590 stepped in recently to have a go at texturing the Barretta. Considering that this is his first proper texture of a model, it's looking damn good. DJS5590 is now officially a member of staff specialising in textures. Give him a warm welcome everybody :) The texture is not final yet.

This is the Allied sidearm of choice for all basic units to use. Technicians and Engineers are issued with these as standard. You woud think that the spy would be packing one of these pistols as well. That's where you would be wrong. The spy fancies himself as a bit of a James Bond and therefore carries a Walther PPK/Wolfram PP7.

I have received a portion of the files from RA2: Vengeance :D There is definitely a lot we can use to get a test build running. Once I get all the files I will be having a serious sort through and show you a few renders of various things.

The amount of 3d RA2 based content on my computer is incredible. I wouldn't have it any other way ;)

dtrngd has started work on an infantry-only map called Rocky Pass. This map will be fast paced and unpredictable as soviets and allies fight furiously, to destroy each other's barracks and oil derrick.

It's a tiny bit like APB's fissure, but bigger in size and with three levels instead of two. It will also have a lot more cover than Fissure with added rocks, trees and other objects to hide behind. Secondly, it will have a medium tech level (SEALs, Crazy Ivans, Rocketeers). However, the map is going to be big enough to avoid these dangerous units but small enough to get to the enemy base quickly to destroy it. Check out the WIP images below. (Map is not final yet, things will not be omgwtfloldropped looking when finished). 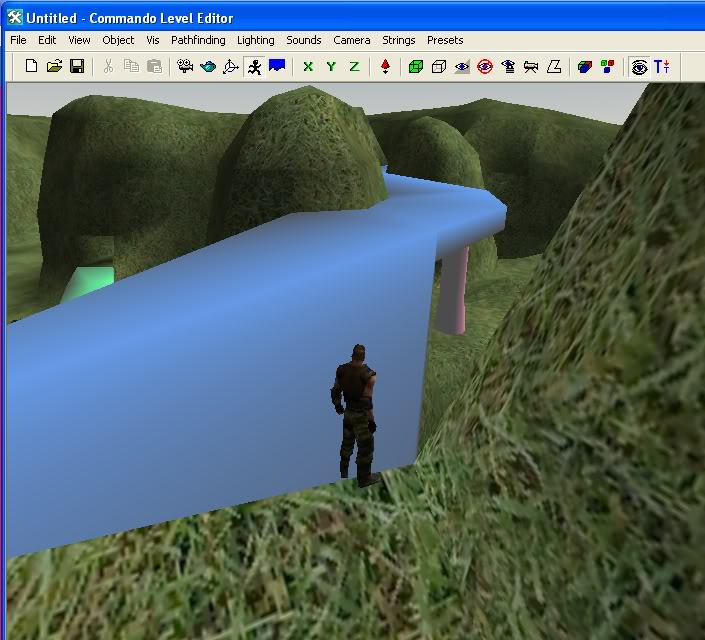 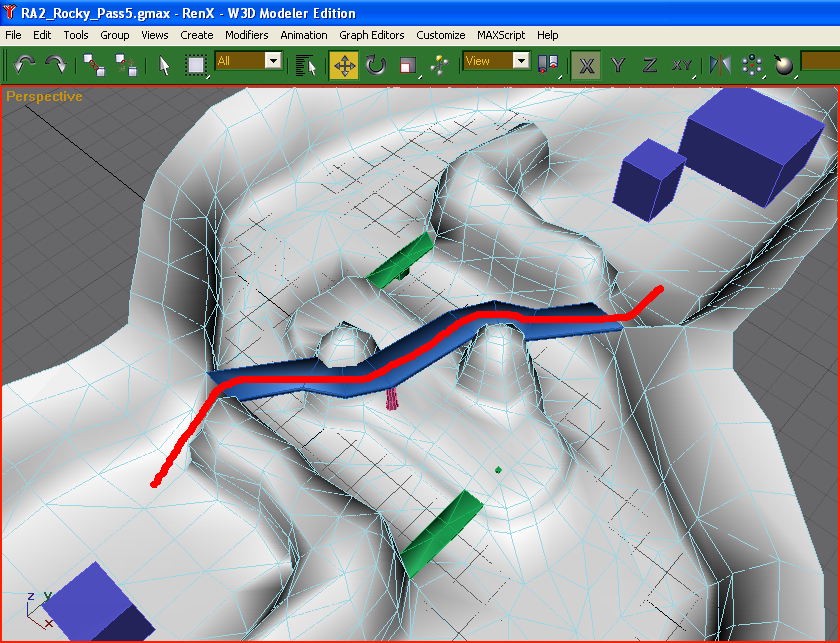 danpaul88 has started work on a totally new project on his own homebrew engine. The details are currently withheld.

Work continues as usual on the mod and I can promise you that the mod won't dissapoint you with a lack of features, since we certainly have loads.

Renegade 2 has been kind of announced. Lets hope that EA don't copy ours, APB's, BogdanV's or Reborn's ideas. Also lets hope that it is good and that it runs on my computer :p