Experience an immersive, story-driven puzzle platformer mixed with bits of agility, action and exploration taking place in a beautiful but dangerous world.

When mankind is forced to abandon Earth a team of explorers is send in space to find a new home.  After years of drifting into nothingness a suitable planet – Alpha 31 – is found and the Terra-formation begins.

About half way through the process an unknown incident causes the Terra-formation to revert with catastrophic consequences.
You, one of the last engineers left, are send to investigate the events and to resume the Terra-formation process in a race against time.

What caused the incident, where is the alien native population and why is there a hostile human military presence on the planet?

Planet Alpha 31 is an immersive, story driven puzzle platformer, mixed with bits of agility, action and exploration that takes place in a beautiful but dangerous world.
A tribute to the old-school games I grew up with, there will be little to no hand-holding in Planet Alpha 31.

During your stay on the planet, you will face both alien and human enemies, each having to be overcome in a different way.
To survive you will have to explore and to be observant of this strange place - head on approach rarely works - think before you shoot.

The events take place in a living and constantly changing alien world: realtime day and night cycle affects everything on the planet, the Terra-formation process shapes the landscape before your eyes and the 2nd dimension that became accessible during the incident will offer a special experience.

The ability to change the planet rotation will allow you to control alien technology and to affect the planet biosphere - this special mechanic is tied to every part of the gameplay, from puzzle solving to platforming and action.

While exploring Alpha 31 you will be aided by P.I.A. – Personal Intelligent Assistant.
She will help you investigate the events and slowly unfold the true story of what happened before your arrival.

Ability to change the planet rotation

By acquiring the power to change the planet rotation - going fast forward or fast backward - you will be able to make use of special alien technology to overcome obstacles and solve puzzles.

The planet flora and fauna, and all the strange lifeforms in between, react naturally to the succession of day and night. You will have to observe and make use of the different behaviors in order to survive on this beautiful but dangerous world.

Inter-dimensional portals appeared on Alpha 31 after the incident that reverted the Terra-formation process. In your quest to save the human race you will explore these mysterious dimensions where things are not always what they seem. 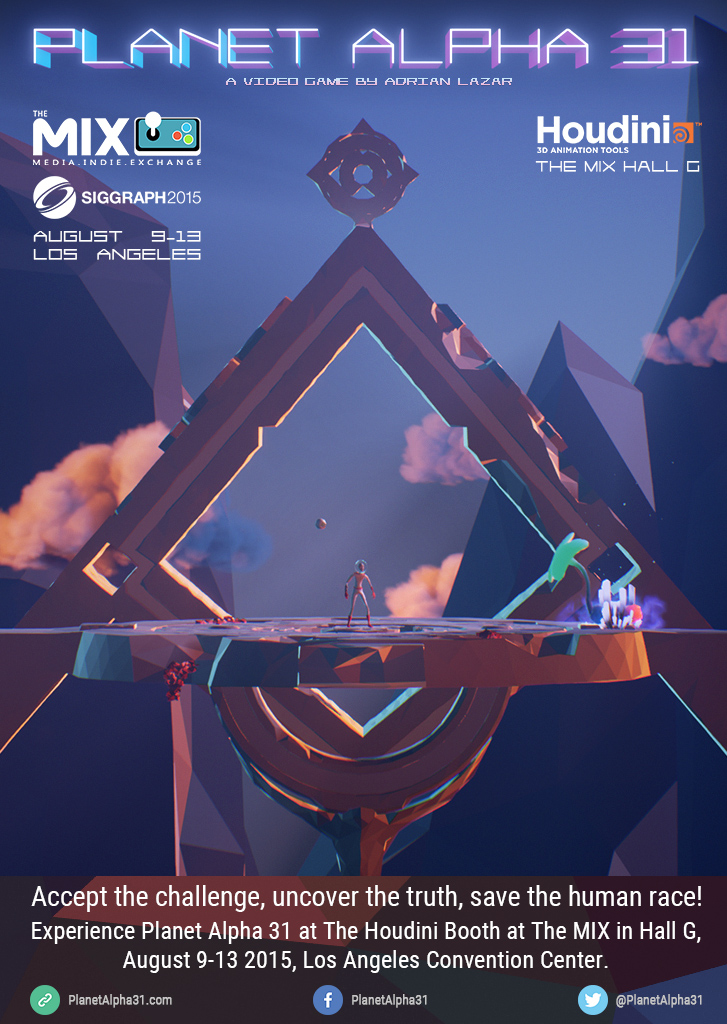 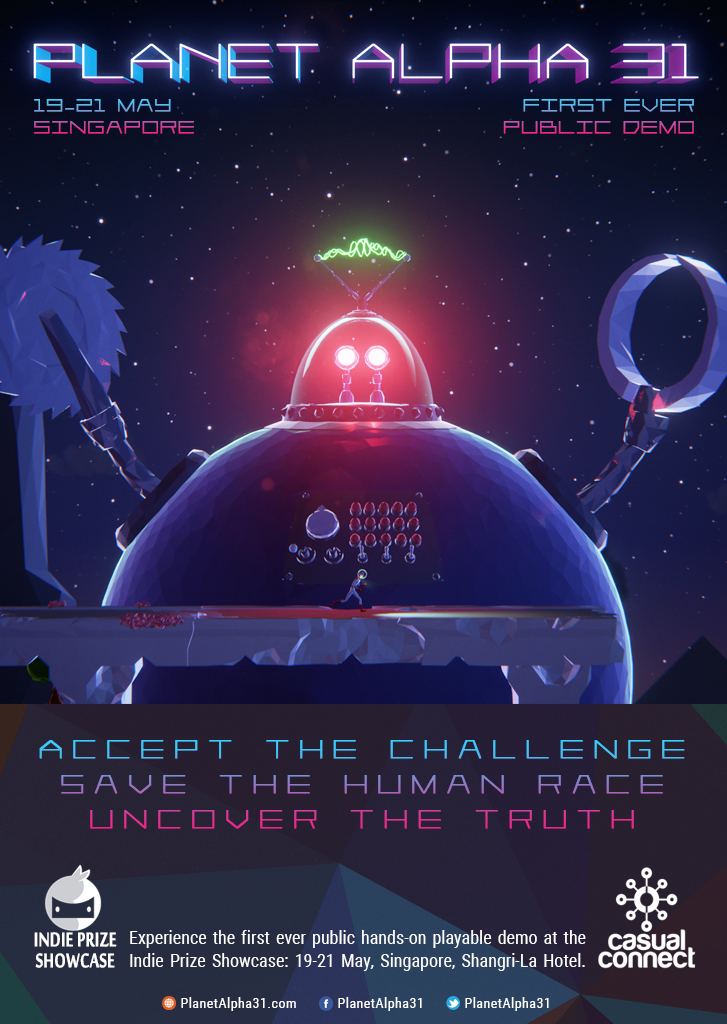 - A video game by Adrian Lazar -

To promote Planet Alpha 31 and grow its popularity (top games), use the embed code provided on your homepage, blog, forums and elsewhere you desire. Or try our widget.

"You can't escape" is a platform game, where you'll run for your life and try to save the most possible survivors you can along your journey!

All is fine and well when you wade through the bodies of fallen beasts and Goliath, slaughtered by your weapons and powers, strewn across the rolling...

This is my attempt to make the best unofficial Sonic game possible. Sonic Time Twisted borrows a few elements from Sonic CD including time travel to make...

Titanium Hound is 2D retro-looking action platformer puzzle video game in cyberpunk genre, where you are going to pilot huge and agile exoskeleton to...