A peaceful world government was formed on Earth. The world's science and technology improved through mutual cooperation and sharing of scientific research. Faster than light communication was made possible by advances in quantum engtanglement. Shortly after, related experimentation allowed the human race to bend space-time and travel faster than light.

Space ships were created, with the goal of reaching the stars, exploring the unknown and furthering our development and enlightenment.

The future was bright.

But the future still needed pizza.

And despite the hyperspace lanes being rammed with other space faring vessels nowadays, people will still bitch and moan if their damn pizza's cold when it reaches them. Your job is to deliver pizzas, fast.

And don't crash, damn it.

Parsec Pizza Delivery is a fast-paced pixelated deliver 'em up. It's available on Windows, Mac OSX and Linux.

Parsec Pizza Delivery has recently been released on the itch.io store. It's available entirely DRM free for Windows, Mac and Linux for just $2 USD. :D 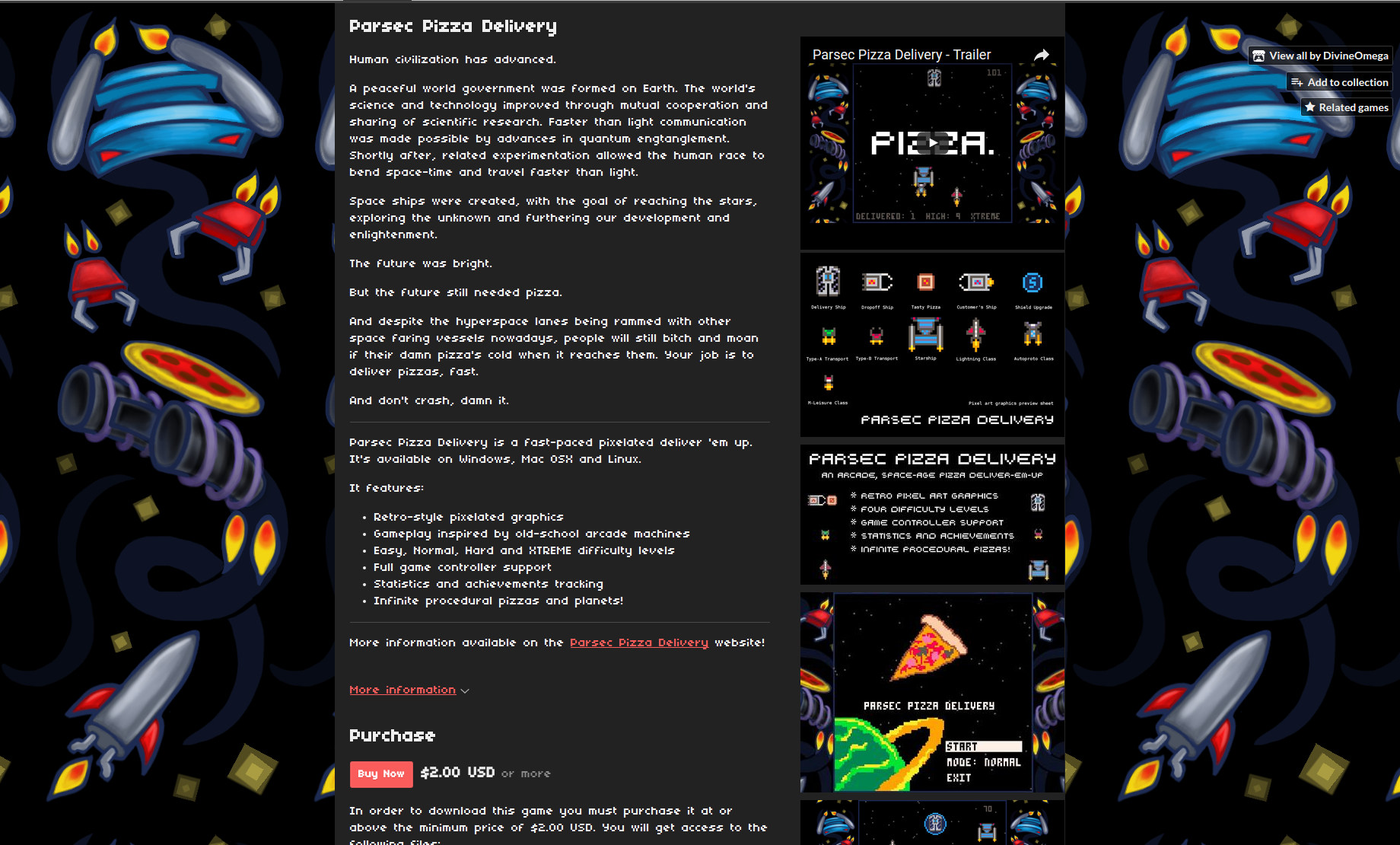 Take a look at the itch.io page for more information about the game.

Parsec Pizza Delivery is out now! See the game trailer and buy now!