Overcharged is a soul successor of Acclaim's original Re-Volt game. Overcharged is a racing game where you drive RC Cars through the different environments. In addition to this, you have weapons to take advantage in the race.

Overcharged initially was just a mod, then idea was grown to the separate project. Passed much time since the moment when it was frozen, but we're back! (19-12-2016)

Hello everyone !
Last month or two we spent implementing great things on the project. It was hard, sometimes fun and as the result, we have these points to show you:

• New track which is gonna stand as prototype for our first real track We've started developing our first track, which is planned to be included in the demo later on. It is based on one of the original tracks, but was heavily reworked, each detail and each turn was reworked and reimagined from fresh point of view. We keep modeling different elements and parts for the level, so for now keep in mind it's just a representation of the general vision of the track, showing ideas which we want to bring into life.

• Updated navigation system called SAINS internally (Smart AI Navigation System) Our programmer did outstanding work for the navigation system. Now we have fully dynamic, procedural navigation which allows us to go out of bounds with level paths, navigation, dynamic and movable obstacles or maybe part of the levels. AI would feel itself comfortable in any situation. It's based on voxels and A* navigation model with some cool additions for path optimizations, speed and steering control. Complex system which fits the project ideally. Talking about performance - we did internal tests and new system shown us outstanding results, easily handling 40+ vehicles at once with AI navigation and full precision physics working.

• Improved braking mechanics and weapons handling for the AI We keep iterating on how AI acts on the tracks. For people who doesn't like online races there should be a free roam to feel themselves comfortable in offline and not be bounded by online play because of poor AI. So in the update we've made AI understand how it should brake, when it should brake and what amount of throttle to put on the engine. That update gave us lots of improvements in tricky situations like tight corners. AI doesn't bump too much into walls as before.

• Basic network features implemented First steps toward to multiplayer are done. We currently have server browsed, password access to specific session and generally base for further network mechanics development.

• Added laps tracking and position tracking mechanics Finally we have solid mechanics which tracks current position of the car, this is a base for any kind of track creation. We did not make start events and finish events yet, so cars currently runs infinite number of loops but it's something what we would surely add in perspective.

• Added camera shaking effects for all 'mounted' cameras Cameras were polished and tweaked, we removed smoothing from all 'mounted' cameras, which are attached on the body of the car and instead of that added shake effects which are bound to speed. So when car runs fast, cameras shake more which makes driving with first person cameras (hood camera or bumper camera for example) more intense.

• Sounds were reinspected and reworked We've added many various sounds such as wind sound, surface contact sound and many more, yet there's a plenty room for additions and improvement over what we have right now.

• Dynamic day/night cycle Last thing to mention: dynamic time of the day was completely reworked and improved. Now has proper shadowing, including volumetric shadows introduced in Unreal Engine 4.16 which makes track look beautiful at any time. Speed of the timelapse, start time are customizable, so they probably would be available before track launch.

Stay tuned, tell about the project to your friends, join our Discord channel and support us on Patreon!
Our Patreon: Patreon.com
Discord invite link: Discord.gg

In this article we talk about our newest member of the team, the new physics engine and AI he's been working on, as well as other cool new additions to...

Hi. So in the newest version AI behavior was significantly improved, added extra value to the steering part, I was beaten at test distance by AI,we have...

This version is NOT OVERCHARGED game. Early first prototype, which has zero relationship with the modern Overcharged. I highly recommend you avoid this...

Looks great, keep the good work up! Love how you created all the tracks. Would be happy to help you!

There are some delays and moderation issues for the news about development progress right now, so the only thing I can recommend while it happens - read the fresh news at related subreddit (link could be found in the news page)

Also don't forget that we have Discord server, where you can easily come and chat with us and others who interested in the project Discord.gg

will be on Desura?
pd: great work! congratulations from chile :D

What?! Re-Volt being redesigned using my favorite Engine of all time? This is too good to be true.

Will you include Dreamcast (console) cars, because i´ve seen that in the dreamcast are more cars and tracks, like the RoofTops or the big boss (a truck from dreamcast)

Voted! great! but there is a lot of work to do... i know it will be hard but what you do is a great idea! i loved re-volt so i hope you can finished it!! tanks for your work!! 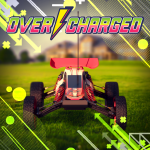