Gain powers and strength with a wide variety of abilities and upgrades. Fight over 70 waves and 7 bosses to ultimately become the only one left standing! 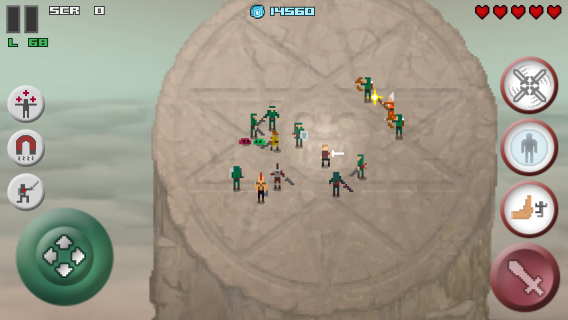 Only One finally released!

Pick up a magic sword on the ancient pillar of sacrifice and fight to become the 'Only One' left standing.

You arrive on a ancient sacrificial pillar in the sky where you pick up a magical sword and make a vow to become the only one thus unleashing a horde of enemies bent on overthrowing your place. 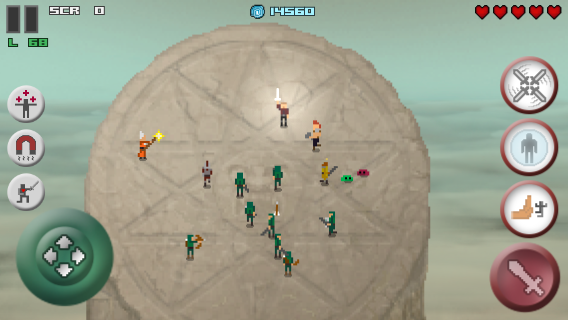 Upgrade your character over time with better stats and abilities

70 levels of soldiers, slimes, archers, wizards, loot gnomes, berserkers and mini bosses
Push your opponents off the pillar for easy kills and more points or strike them where they stand to get their loot
Ladder based levelling with checkpoints every 10 levels, score resets each time you dieGame controller support (currently Android only)
Leaderboards (currently iOS only)

Pick up a magic sword and kill and throw your enemies off a sacrificial pillar in the sky to ultimately become the "only one" in this retro style arena...

is this only an app?

Your game is lovely, I especially like the Loot Gnomes (the characters and animation make me want to play Sega's Golden Axe, Atari's Gauntlet, and Exidy's Crossbow).

your sprite animations are coolest

Indie
Twitter
Tags
Embed Buttons
Link to Only One by selecting a button and using the embed code provided more...

Valgard and The Armor of Achilles Arcade

Defend Against The Orcs Arcade