PocketTactics.com recently did a really nice feature on Oberon's Court, check it out here:Pockettactics.com

"All is lost, night is coming. Time for carrion to dream, the dream eternal. Surrender or rise a Shadow"

In Oberon's court you'll take command of squads of restless souls that you have chained and bound to your will. Recover resources such as bone, blood, steel and essence to customize the shades you've claimed from their resting places.Game-play is Squad based, with individual commands such berserk, flee, vampirism and more per unit available on attack stages. The entire game is developed without the use of textures to create a unique visual style, and allow the 3D graphics to run on mobile devices. With a focus on fast paced combat, unit alchemy and resource detection. 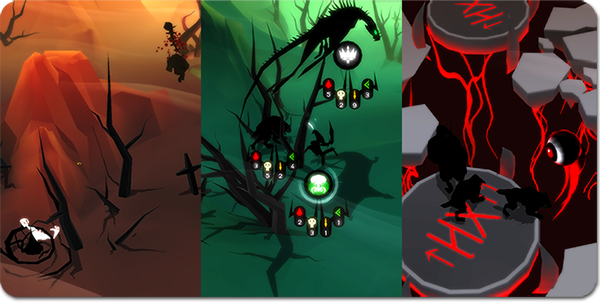 The initial release will focus on campaign based storytelling, following the player as he discovers the world of Oberon's Court and chains increasingly powerful souls, ranging from humble squires and foot soldiers to the souls of crusader knights and kings. Where the former will transform to low level units such as bodgers and hare knights, and the latter weavers and other powerful squad leaders. Each soul will be bound to the player's "cabinet" and improve persistently between maps and campaigns.


Oberon's Court is planned for a Q1 2014 release. Premium app $4,99 all future updates and campaigns included in premium
Oberonscourt.com

The Falconeer nominated for a GameConnection developer award

So big update! #theFalconeer has been nominated by Game Connectionfor a developer award.

Super proud to be heading to #GDC2019 and #GamesConnectionAmerica with that feather up my hat. And excited to show the Falconeer there.

I also put up Thefalconeer.com where you can browse more information about the game, the world as well as lots of footage and screens.

And had to whip up a quick trailer for the occasion.

In the meantime I've been tweaking some locations, such as Dunkle. Taking it from a sleepy fishing village to a bustling trading port. 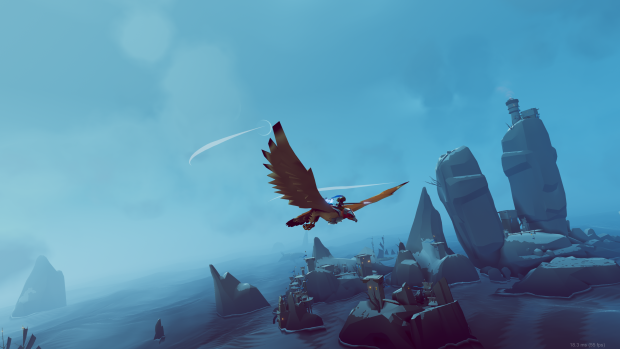 Oberon’s Court is Coming to Steam

Oberon’s Court is coming to steam. Great news, but it will also require extensive changes to the release timeline, and the game content. Read all about...

It's time, for feedback and criticisms. You can now download a single level playable build of the game for PC

After requests from other devs for my shadercode, I've decided to share both the shader files as well as make a how-to guide, for creating textureless...

The narrative thread to the gameplay **Spoilers**

For those wanting to know a bit more about the story, backdrop and player motivations, here's a brief synopsis.. ***spoilers ahead**" "All is lost, night...

Can't wait for this! The design and movement is very unique! Tracking

Great game! Is there a devlog somewhere? I head it was made with Unity and Playmaker.

Well. I mostly post news items here on slideDB. But there's also some info on the shaders and such on Blog.littlechicken.nl

And indeed it's made with playmaker and Unity3d, but with an amount of regular C# coding

Will it work on sony xperia phone ?

The game is looking pretty nice! It's almost out :) How much will it cost?

Thinking about 4.99 tops, no iaps or freemium,, Purchase once and get all the campaigns and add-ons I'll develop after release. Should ship with at least one big campaign, and several skirmish maps

I love the art and the character designs.