Never Ending Night is a game with two modes. MLBY and Cain's Story and also Knight's Saga. MLBY and Cain's Story is a 2D side-scroller exploration game that takes place in a mysterious world.Traverse through a broken world and survive the mechanical monstrosities called Constructs. Knight’s Saga is the fast-paced hack-and-slash role-playing mode for Never Ending Night. After crash landing into an odd civilization oppressed by a ruthless dictator, you must fight and talk your way through various scenarios in order to survive.

Developer Dot Dream is poised to enter a new phase with its latest project, Never Ending Night: Knight’s Saga. It is due to be released on September 13, 2016 via Steam for PC, Mac, and Linux. In addition, the game will also see an as-yet undated release on both the Xbox One and the PlayStation 4. This is a huge step for them; they will potentially reach a much wider audience with this move. It’s also a step that was inconceivable less than a year ago, when the game’s progenitor seemed to wither away.

The Original Never Ending Night showcased on Steam Greenlight on March 14, 2014 and was successfully Greenlit in December. A similarly successful Kickstarter campaign followed, allowing them the extra capital they needed to finish the game. Released on September 30, 2015 via Steam, the game showed promise but was mired in bugs and lacked any real marketing buzz.

It is a side-scrolling exploration game rich in atmosphere, possessing nice visuals, sound and music. As Cain, you awake in a dead, hostile world, alone. Soon enough, you meet your only companion – a mechanical butterfly named MLBY – and embark on a quest to find out who and where you are. Dot Dream states the game is “about relationships, about finding yourself, and about confronting your past.” 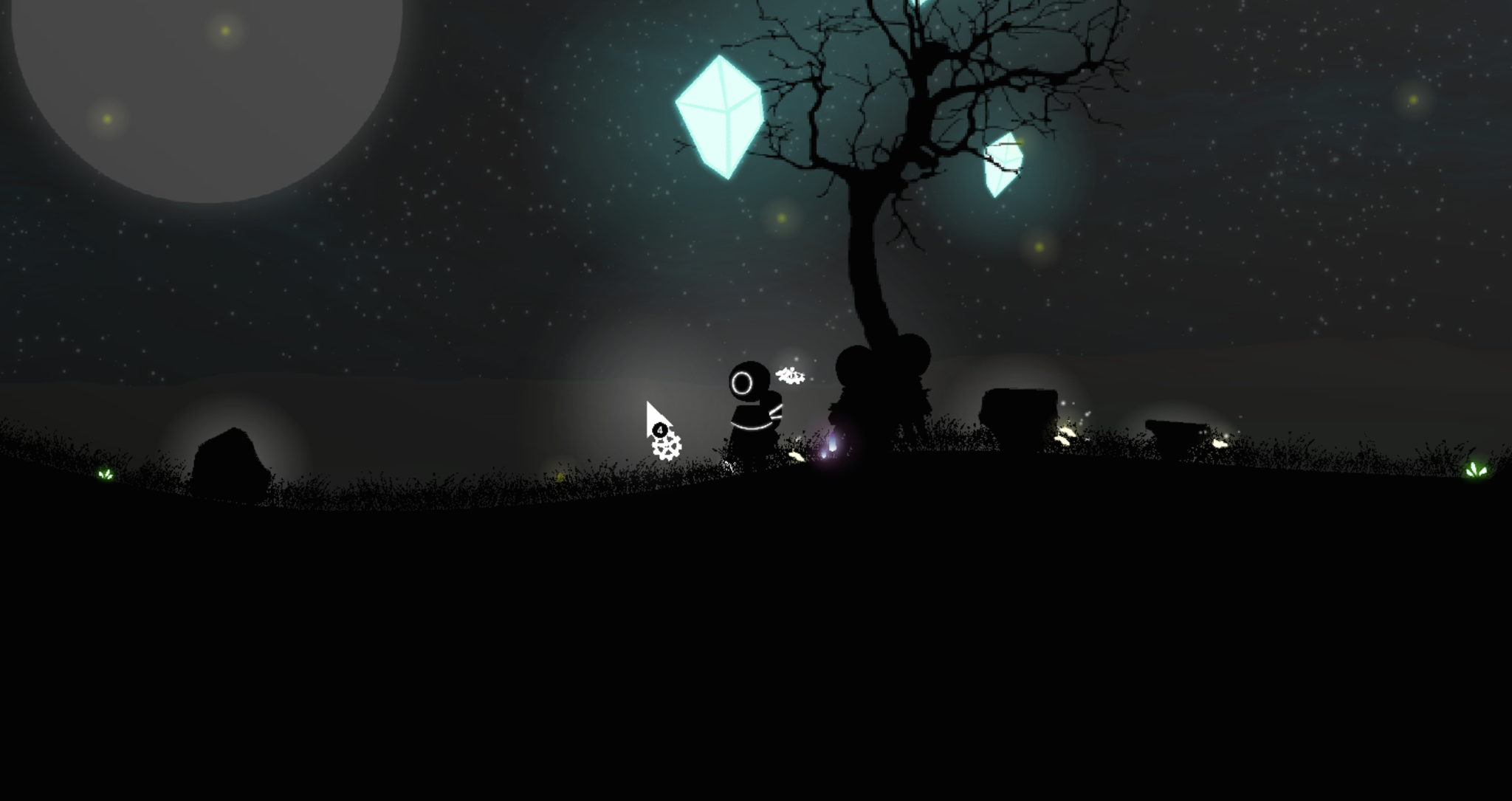 Never Ending Night’s atmosphere is quite dark and moody, and easily allows player to become immersed in the world. But the original version’s bugs broke the game’s immersion regularly. Mechanical issues and graphical glitches littered the game. The only two reviews of the original version on the games’ Steam page lambasted the game for its bugs. For a game lacking any notice and begging for attention from the gaming public, those reviews were enough to sink it into Steam oblivion.

This has not been lost on the Dot Dream team. Lead programmer Dhruv Gupta and artist John Wang understand that the game’s bugs have potentially soured prospective gamers that may have been intrigued by the game’s style and composer Matt FanChiang’s excellent score. To their credit, they have addressed every bug report they have received, including one I found.

That attention to the player community is laudable. And that attention does get noticed and appreciated; one of the original negative reviews was later edited to acknowledge the efforts of the Dot Dream team to fix bugs and praised the resulting gameplay. The team is a dedicated, passionate bunch, and their commitment to making the games as flawless as they can be is testament to that dedication. Unfortunately, that wasn’t enough. It released on the same day as 24 other indie titles and, devoid of any marketing strategy or social presence, was swallowed by the deluge of titles that released the following week. Never Ending Night became just another Steam indie title to fall out of view.

The goal with Never Ending Night: Knight’s Saga is to learn from the mistakes and release a game that will captivate players without pulling them out of it. And it hopes to stay in the gaming consciousness for more than a couple of days.

The game is obviously set in the same universe as the original, but follows a new character and has a harsher tone. The player now assumes the role of the Knight, an NPC in the original game that tried to impede Cain and MLBY. Initially imprisoned for an unknown reason, the player’s goal is to spring the Knight from prison and set about to finding out what is going on. 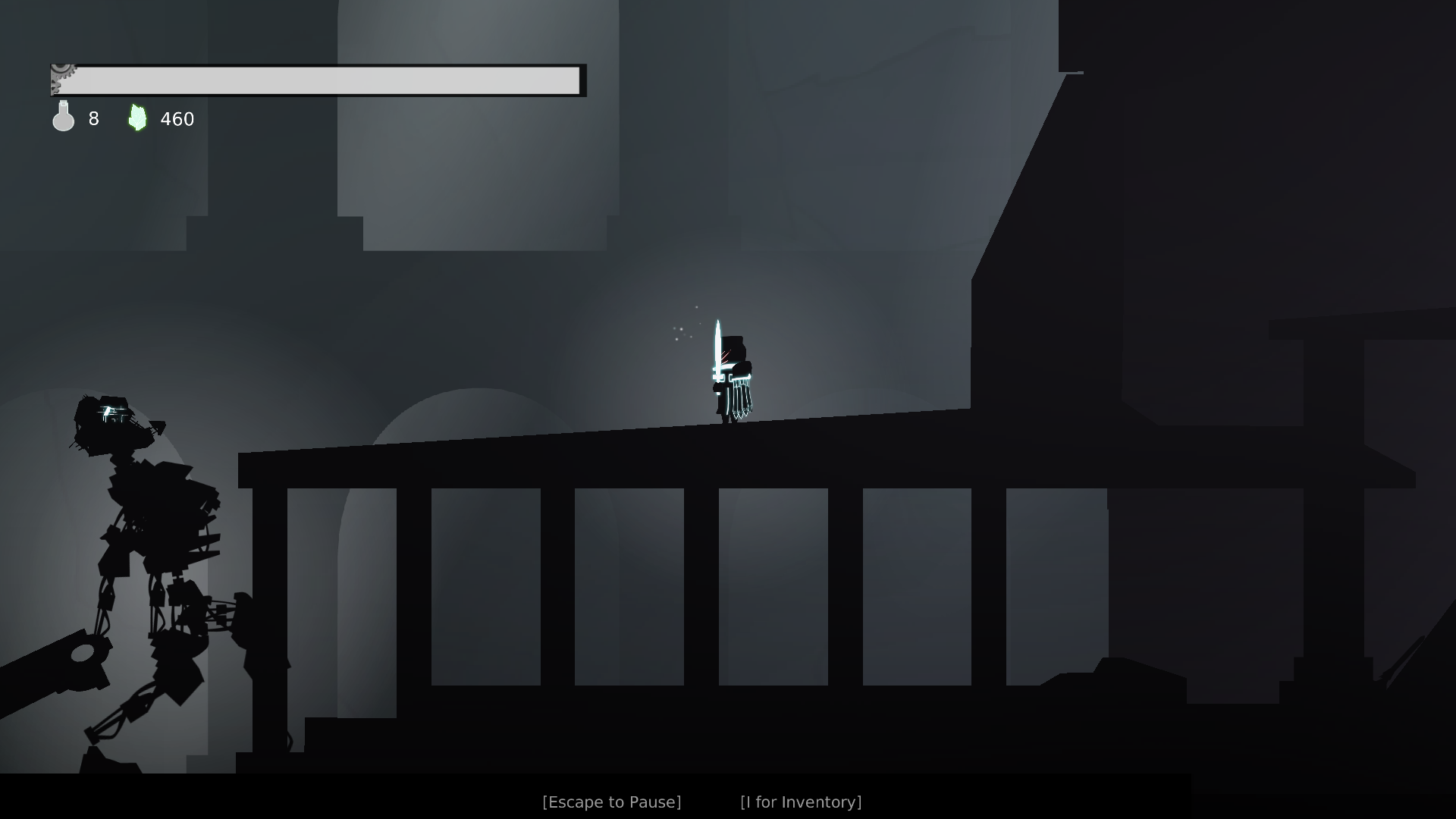 Unlike the original game, this game is not a puzzler at heart. Never Ending Night: Knight’s Saga is an action-adventure plat-former. The player must hack and slash their way through the world and its enemies. And those enemies are formidable. From simple machines to enormous, screen-devouring contraptions, this game is meant to test your fighting skills.

Fortunately, the Knight is capable of direct sword-to-face combat. The game has light RPG elements; during your travels, the player will find upgrades to the Knights sword and helmet, as well as some items that will help reach inaccessible areas. By far the most priceless item in the game, however, is the life potion. The player must be sure to stock up on as many as possible, as they will mean the difference between surviving a tough battle and a stringing together a litany of curse words.

The world is as atmospheric as the original. The dark, moody setting was kept, and Matt’s new arrangements are still superb. Visually, the characters and world seem sparse but exude lots of personality and charm. The game’s story does force the player to read a lot of dialogue, but many of the interactions with NPCs are meant as a way to give the game personality, with an off-color joke here or there. 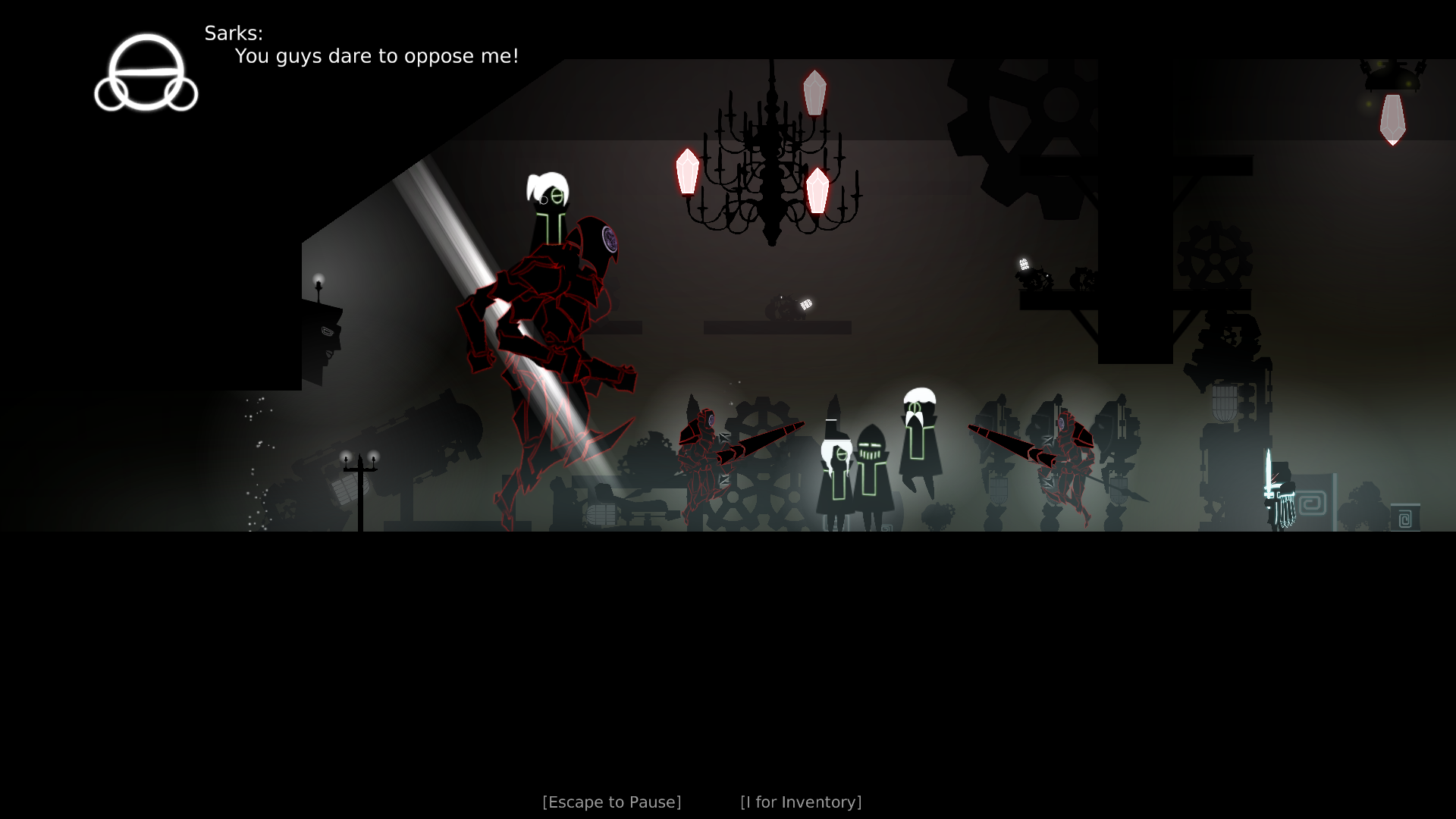 Like the original Never Ending Nights, the game tries to inject some greater meaning to its narrative. Unlike the first game’s emphasis on relationships and trust, however, Knight’s Saga’s focuses on the divisiveness of hatred and racism. The tone is set light-handedly, with only slight emphasis put on real-world parallels, so the game does not feel overly preachy.

Knight’s Saga also introduces gameplay with a gamepad. While the original was enjoyable with a keyboard and mouse, the addition of controller support is an absolute blessing. The controls are responsive; a vast improvement in this iteration, where precise parrying and slashing is paramount if the player has any hope of surviving battles.

Overall, the new game is a welcome change of pace from the original. The best part about this game is that both versions are included. For Kickstarter backers who supported the original release, Knight’s Saga will be available at no extra cost. For those who are just jumping on, this is their opportunity to experience both versions of this game and its dark-yet-beautiful world.

If you would like to know more about this game visit: www.NENgame.com