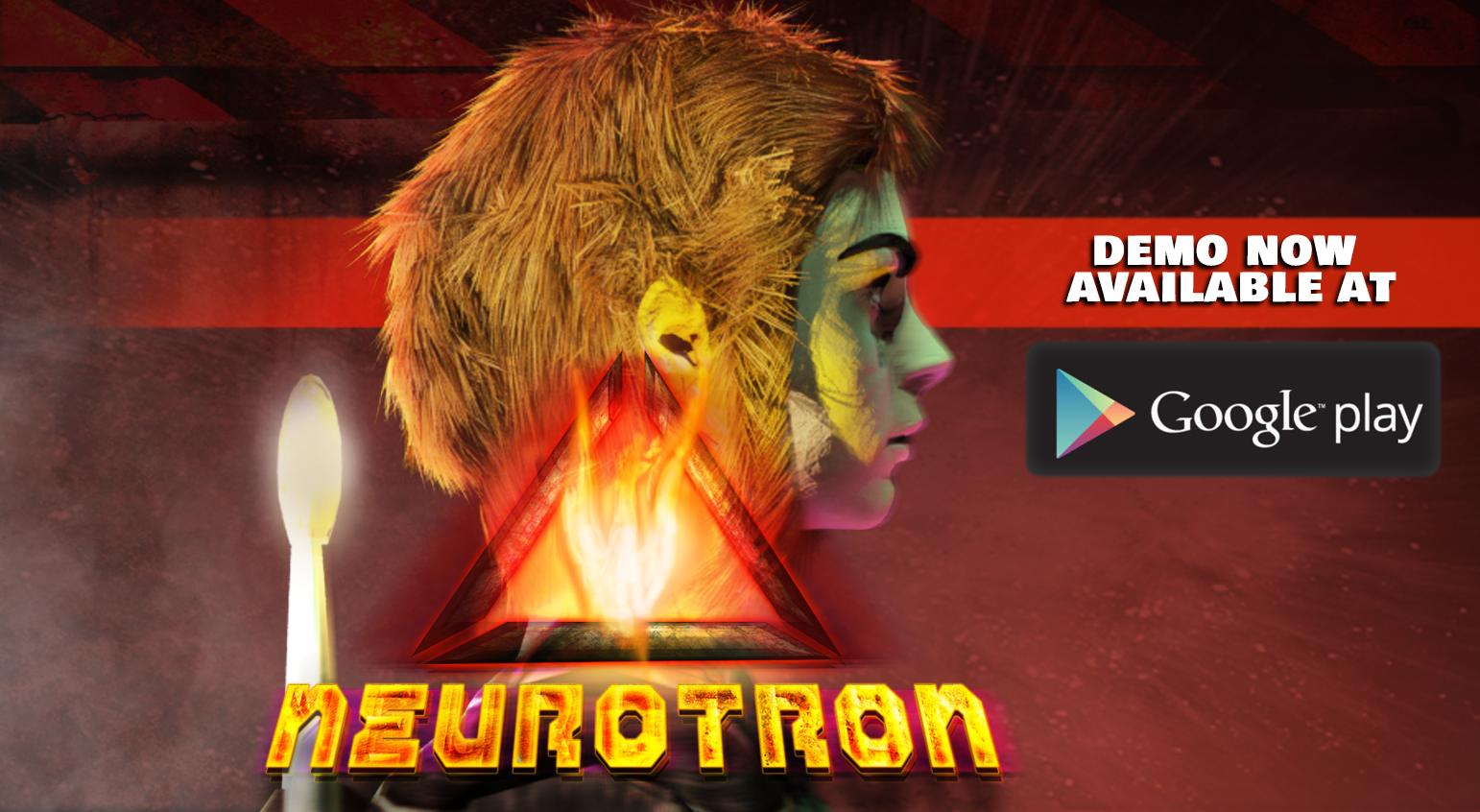 You can now play the game at the official blog of GameRealmMadness: 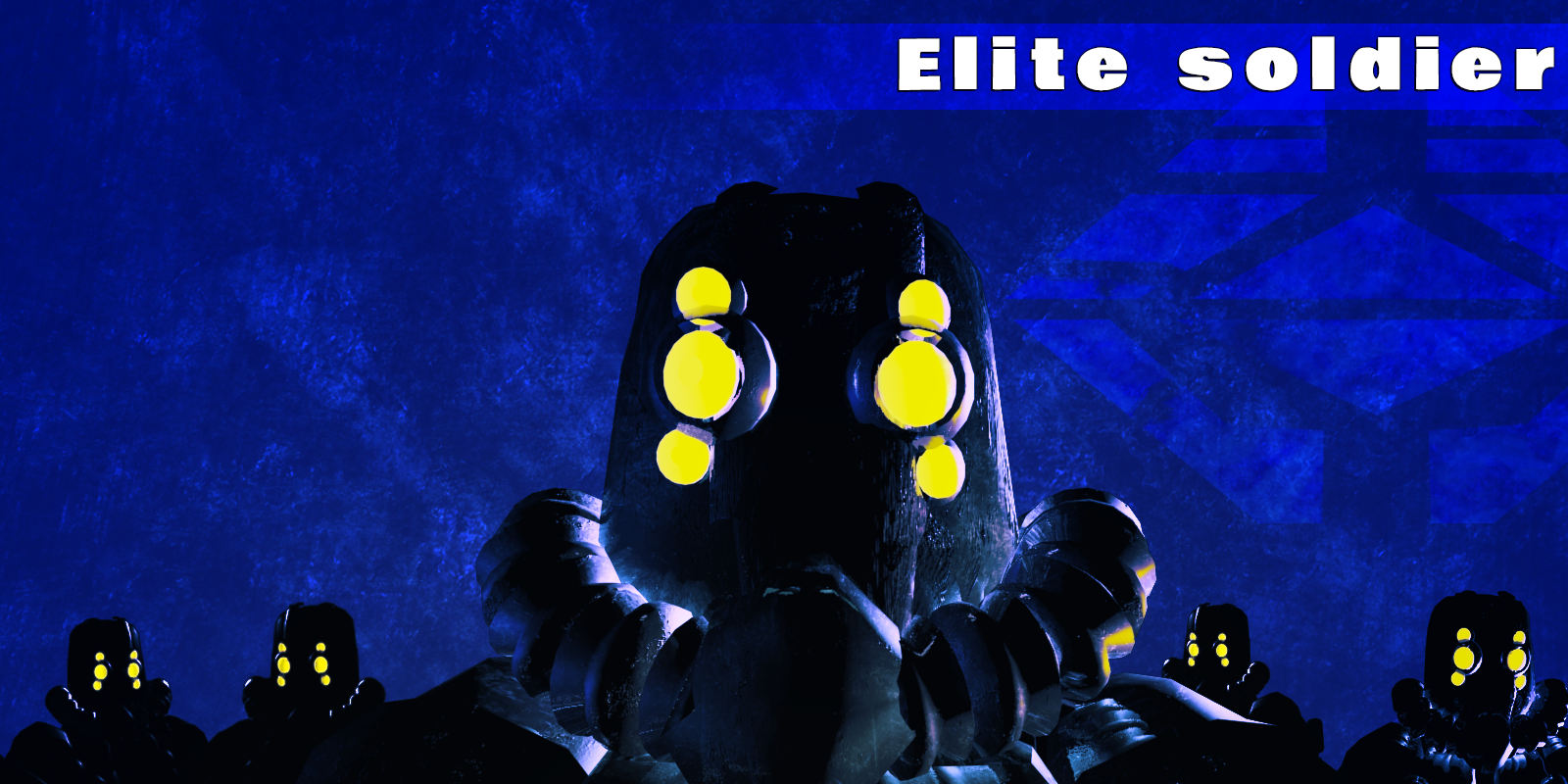 One of the first and last enemies you will face during your path is the Elite soldier. Surgically and genetically enhanced, these troopers do not feel pity or mercy for their victims. They've been pumped full of corporation's battle drugs, covered in plasteel mesh armor and connected to the tactical neural net of Family Security at all times. They are the ultimate land warrior in corporation's service. 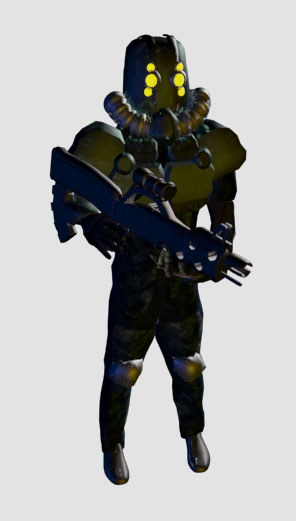 Some of the security troopers are equipped with hoverpacks, all of them carry an automatic plasma gun and a hand computer on their left arm. The oxygen tank and rebreather keeps them safe from the toxic and hazardous gasses in the Family's industrial compounds. For tactical reasons they all appear alike on the outside, and are only recognized from their genetic code. The soldier squads are lead by an Officer, who has usually been upgraded with nanotechnical implants. 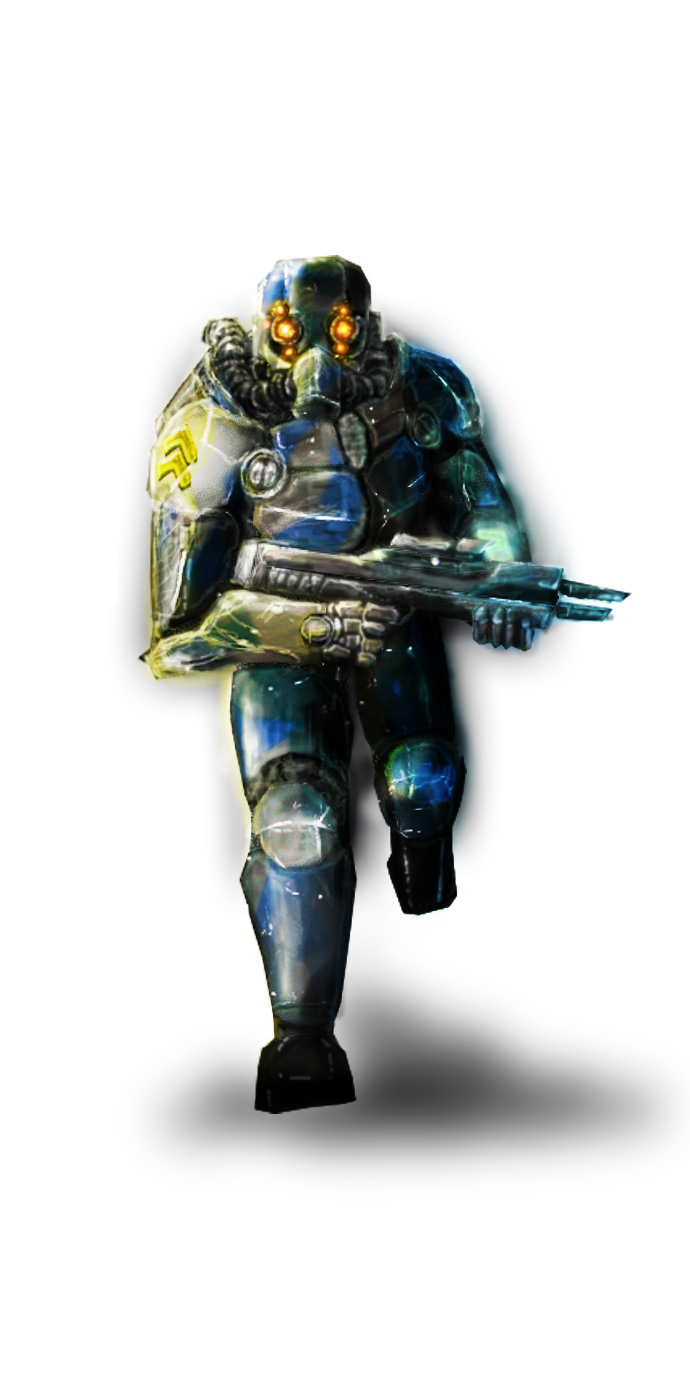 A closer look at first of the rebel fighters: The Cyborg.

This update showcases a collection of the screens. All of them are captured from the first mission

Introduction to the backstory and main mechanics of the game.