During these last months we've continued working on the desert scenario, as well as developing the teleport system.

Wanna see (and listen to) it? LET'S START!

In the most remote place of Mordisco Desert, an ancient cactus awaits. The Oraculactus will be one of the several NPCs with multiple question system.

Westwood (aka “The Fucking Law”) is the fastest shooter in Mordisco Desert. You’ll find him in The Puke town, and he’ll have an important role in the main story.

Sent to The Puke 15 years before, her existence relies on spreading the word about how great the Great Abbess and Wormpink are. Wormy Olesva will be key to understand some of the NetherWorld lore, especially religion.

Hmmm… Something makes us suspect these guys are not from this town.

A western-inspired scenario is not complete without outlaws riding horses. The Nachos will also teach you how to shoot stuff standing on a horse.

The Puke is the only town in the entire Mordisco Desert. Depending on the spot you’re visiting, you’ll be able to buy weapons, fuck, get drunk, get into a mess… Here are some of the new places we’ve been working on:

The crappy soul of a town summarized in a sign.

Howdy, stranger! Wanna get some shotguns? 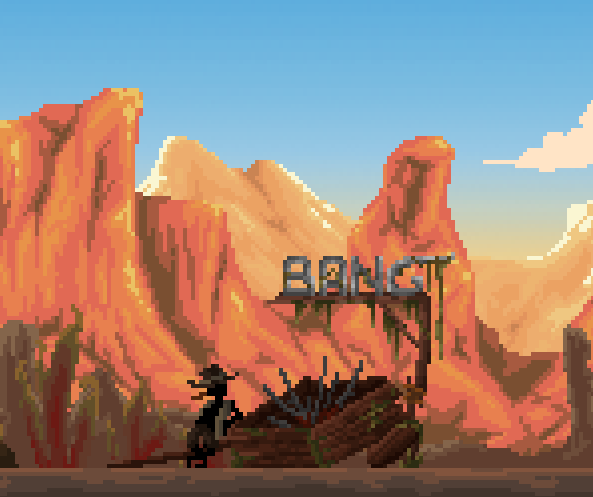 “The smaller the office, the bigger the prison”. As you can imagine, Medoo will end up there sooner or later.

This old chapel was built long ago by Wormy Olesva, and includes two little rooms and a cemetery inside. Pink arrows and torches circle the only place where Wormpink can eat people’s corpses and souls and take them to the Holy Swamp. You’ll remember this place.

The best fruit stand in Mordisco Desert… with no fruit.

We wanted to add some light to the traditional western gallows. The perfect warm up before hanging out with your bff Trouble! (The hanging guy has been removed to avoid spoilers)

OK, you’ve seen how the desert looks… BUT HOW DOES IT SOUND?

Like it? Tell us your impressions in the comments!

We’ll never be grateful enough for the incredible job these guys are doing with NetherWorld OST and sfx.

Yessss, we can FINALLY talk about this! One of the main mechanics in the game is a fast way to travel between scenarios. Portals? Nah… 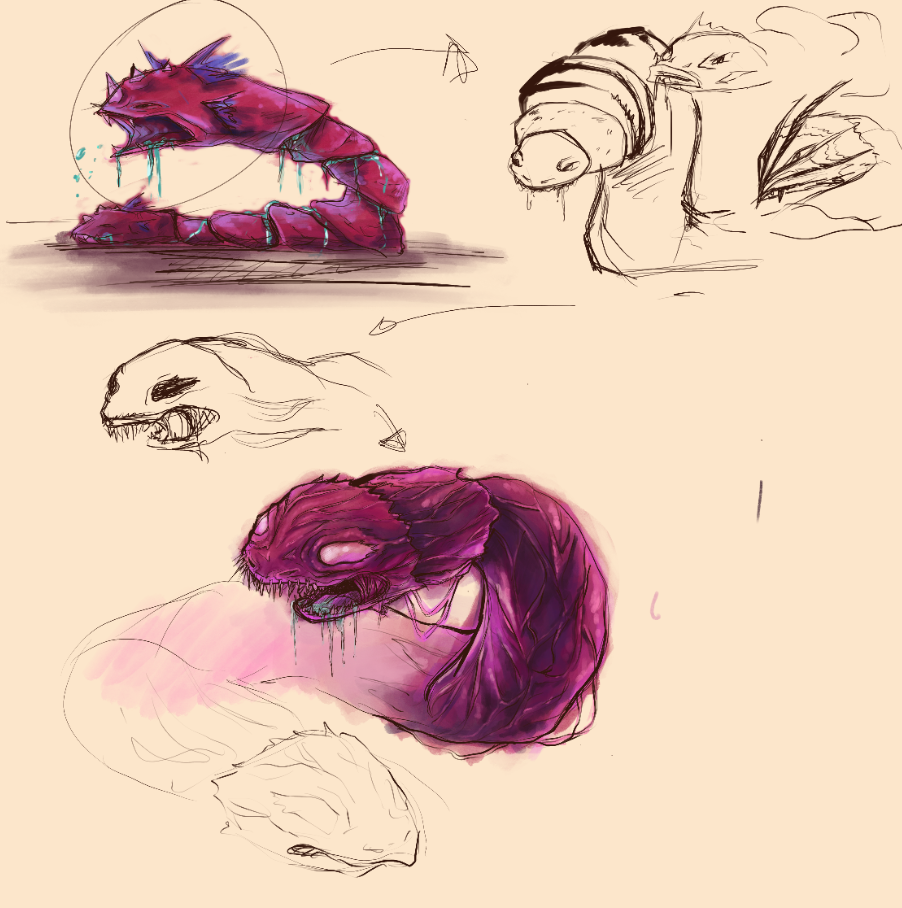 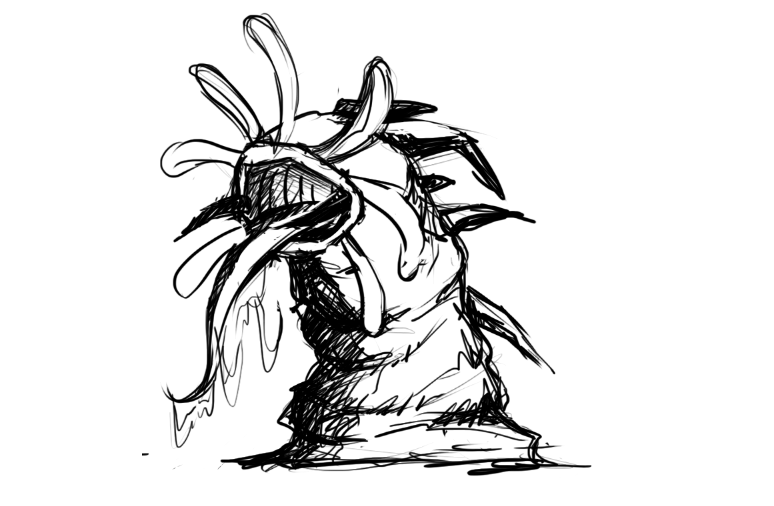 Legend has it that Wormpink, the Life Puker, The Soul Eater, created everything. It’s basically a holy giant two-headed pink worm.

Maybe you don’t know if this god exists (yet), but you’ll find normal (?) palindrome worms in most of the scenarios you’re gonna visit. The mechanics are simple: One head eats something somewhere, the other pukes it somewhere else, and vice versa. Now replace “something” with “YOU”.

But where does each worm go to? Is there a kind of “worm chamber”? How many worms are you gonna use in NetherWorld?

…We’ll see it in the next update!

Aaaand that's it for now! If you have any questions, please comment below or send us a mail to info@netherworldgame.com.

This stuff is out of this world! Besides some rough looking animations, this is all top notch quality! Can't wait for the final release of the game, and keep up the good work.

Btw, the mafia guys look straight out of God Hand, I love them hahaha

Thanks so much!! Hahaha really? We didn’t know that game, what a great discovery! :O Yeah, we’re still working on some of the animations to make them feel smoother. Any suggestions?

God Hand is a real gem for sure! Regarding the animations, its hard to give valuable feedback from my position hahaha I'm no animator nor do I have the inside knowledge of your project's conditions, like how much time is it feasible for you to spend in the animation department.

That said, besides all the classic principles stuff, what I think would affect the most your animations is going further down into sub pixel animation territory. Small details like the right arm in the idle animation from the yellow mafia goon could became quite smoother if you eased it out instead of moving it one pixel up and down (possibly two in the shoulder... cant really tell hehe).

Once again, that's just my take on it and take it with a grain of salt, since stuff like this always has other ramifications in the project's development. Keep up the good work and good luck! :D

Thanks for the feedback! :) Yeah, there’s still a lot of work ahead and things to improve. We like to pay attention to every detail, and we include different stages of polishing during the development. However, it’s always helpful to count on external opinions, because sometimes working for so long on certain animations or big scenarios can make us get used to little mistakes we don’t notice later. The yellow mafia guy is in our list! ;)