Venture as mice of chivalry descending into an ever-shifting dungeon filled with golden cheddar. Lethal traps and puzzles—and the greed of your friends—threaten your valiant pursuit for riches and glory.

How will you and your friends cooperate? When will you betray them? In the end, only the most daring mouse knight can escape alive.

Mind the Trap is a party game that pits you and your friends against each other in a mix of dungeon platforming and minigames. The game plays on the mischievous balance between cooperation and opportunistic backstabbing. Players must work together—and occasionally "use" each other—to overcome obstacles, while strategizing on their selfish need to grab every golden cheddar that comes into sight. It's all about finding the right timing to come out on top.

The dungeons focus on player-versus-environment and are each themed to challenge a variety of cooperative puzzle solving and platforming skills. Cheddar and secret items are scattered throughout, taunting you as they sit shiny behind deadly traps, and it's every mouse for itself. Outwit your friends and leave the dawdlers in the dust. Grab every cheddar wedge you can and don't hold back.

The minigames on the other hand focus on player-versus-player battles and introduce unique rules and mechanics in a closed arena. Examples include dueling with weapons, collecting and pelting each other with objects, and hunting a monster in a round of pitch black hide-and-seek. All players contribute an even amount of cheese to start, the total of which is then distributed by performance at the end of the round. This is your chance to prove yourself on an even playing ground, take revenge on those who betrayed you, maybe even team up, and reward yourself with your opponents' hard-earned cheddar.

Run, jump, grab and throw—that's it. The game is easy to pick up so players of all skill levels can enjoy it. The rest of the fun comes from how you and your friends play together.

Everything from the traps to the ruins to the landscape is handcrafted and delicately placed. We take every opportunity to output the highest quality we can offer.

Mind the Trap is scheduled to be released in early 2017 as a fully feature-complete title. Between now and then we will continue to polish the game, design more levels, and implement online play.

We are targeting the PC platform and will be looking into porting to consoles in the near future.

This is our first game, and we hope you like it. We treat your feedback like golden cheddar because it will continue to make us better developers. If you like it, help us spread the word!

You can find out more info at the following sites:

On the Front Page of Reddit! Your Questions Answered 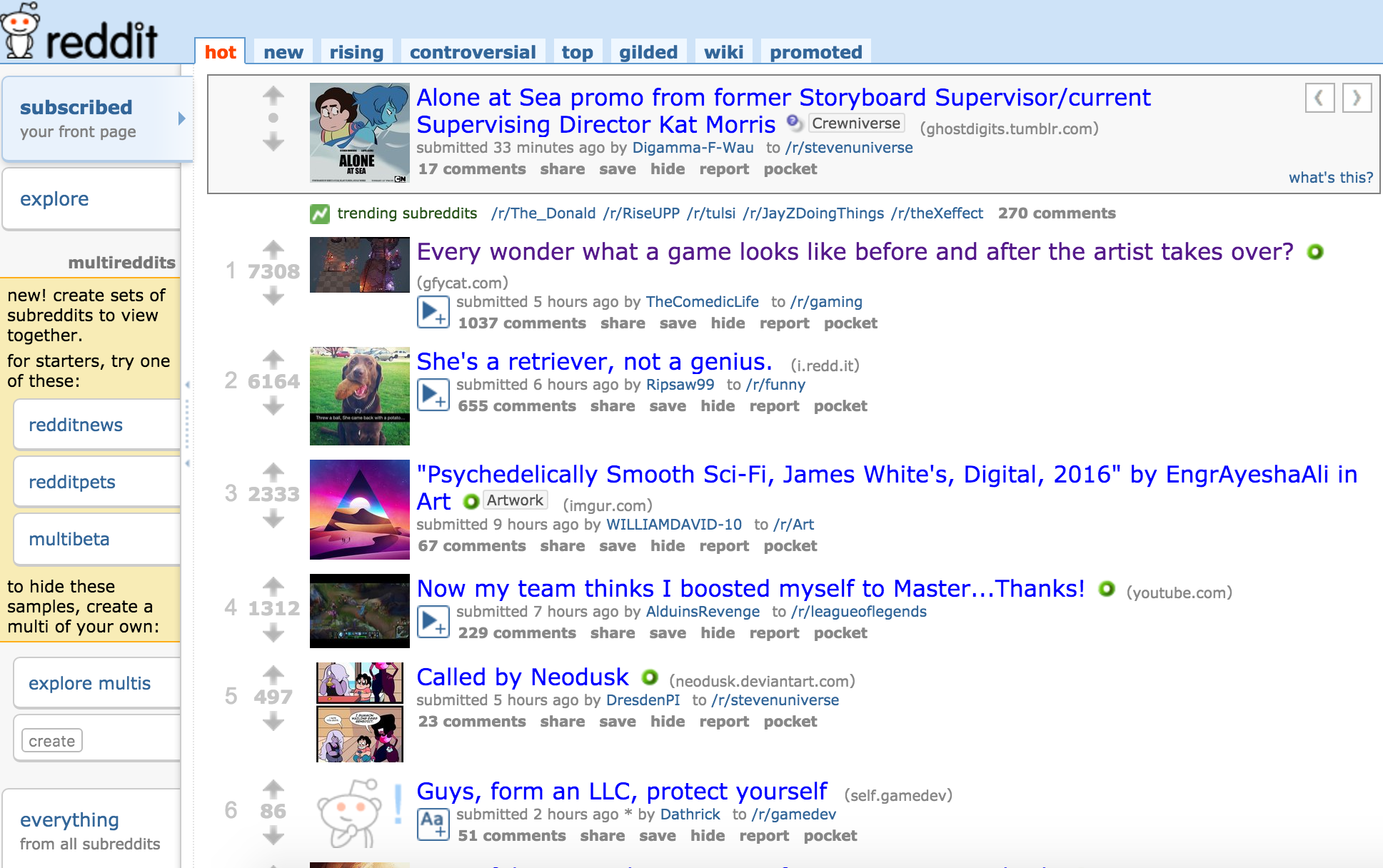 Last week, we shared a GIF of the boulder dungeon on Reddit comparing how it looks before and after our artist puts in assets. Our mouths dropped to the floor when we found ourselves on the front page of reddit—the freakin’ front page! This, added to an already amazing week at Casual Connect, made us absolutely speechless.

After going through the 1000+ comments of kind words, constructive feedback, intelligent discussions, and of course harsh words attempting to poison our soul, we’ve summarized it and highlighted our favorite ones. The internet is not the internet without someone being needlessly insulted by your posts. We had a good laugh and love the joy you guys bring to us.

First off, what’s going on in the image?!

What is going on is called “white-boxing,” and is only a slice of what happens during the development of a game. Because level designing is an iterative process that takes a lot of testing and editing, our level designer prepares the levels with placeholder assets (like boxes) that can be used to quickly prototype the basic layout of the level. Art takes a lot of time and is not as flexible to changes. Compounded with the fact that every level is unique, it only makes sense that the least resource-intensive workflow is for the level designer to finalize the level before passing it over to the artist to beautify it. Hence, what you see in the right scene is the final result of the boulder dungeon after prototyping was completed.

As you may have noticed, some sections of the left scene have art assets, such as the mice and the boulder. These assets, which are integral towards gameplay, were already created; therefore, it only made sense that we take advantage of them rather than use a blank capsule for the character or a white sphere for the boulder.

At this point the core components and framework of the game have already been fleshed out. In preparation for Steam Greenlight and Casual Connect, we put in extra effort into polishing a few levels to a nearly shippable quality in order to demonstrate how the game will look and feel once its finished. Some of you indicated that this approach is called a “vertical slice.”

What’s the name of the game?!

The game is called Mind the Trap. The reason I didn’t post the name in the title is that due to Reddit’s anti “self-promotion” rules, I have often in the past been blocked from posting when in reality I simply just wanted to share some cool content. So in order to hopefully get this post past the rules, I left out the details. I know it must’ve been frustrating, but it was really neat to see you guys find it!

Learn to spell you stupid piece of s***

Yeah… I messed up… Typos happen, and when they do, apparently you anger people so much that they wish death upon you. Damn I angered this guy badly! I will try to not make more typos in the future, I swaer!

How to Make a Game in One Week | Epic MegaJam Learnings

Building a playable and presentable game in one week is no joke. We attended the Epic MegaJam and would like to share our experience. Here’s how we...

Play our Epic MegaJam prototype for free! With all the laughs we generated, we just have to finish making this game. Any criticism will help make this...

Mind the Trap: How to Engage Those Who Haven't Played Yet

Deliver a targeted, gameplay-focused presentation to impress viewers, drive traffic to your game, and stay competitive.

Twitter
Tags
Embed Buttons
Link to Mind the Trap by selecting a button and using the embed code provided more...