MegaGlest is an open source 3D-real-time strategy game, where you control the armies of one of seven different factions: Tech, Magic, Egyptians, Indians, Norsemen, Persian or Romans. The game is setup in one of 14 naturally looking settings, which are crafted with great appreciation for detail. Additional game data can be downloaded from within the game at no cost.

A game of MegaGlest takes place on a map of varying size, such as large plains and fields, with terrain features like rivers, mountains, seas, or cliffs. Players must establish settlements to gain resources, defend against other players, and train units to explore the map and attack enemies. Different resources have to be gathered by every faction. This can be energy, food, gold, housing, stone and wood. Choose a faction and create its different units and buildings while developing your factions' unique abilities over the course of the game. Strategy matters though, so chose wisely when deciding which units to use if you want a chance to win.

While the game is officially supported on Linux and Windows, community contributed builds exist for Mac OS X and FreeBSD. Up to eight players fight in multi-player games (over Internet or LAN) across all supported platforms and against the various difficulty levels of AI players.

MegaGlest is heavily based on the widely known Glest, which it forked from in early 2010. Like its predecessor, MegaGlest is available under liberal licensing terms and can be downloaded free of charge. 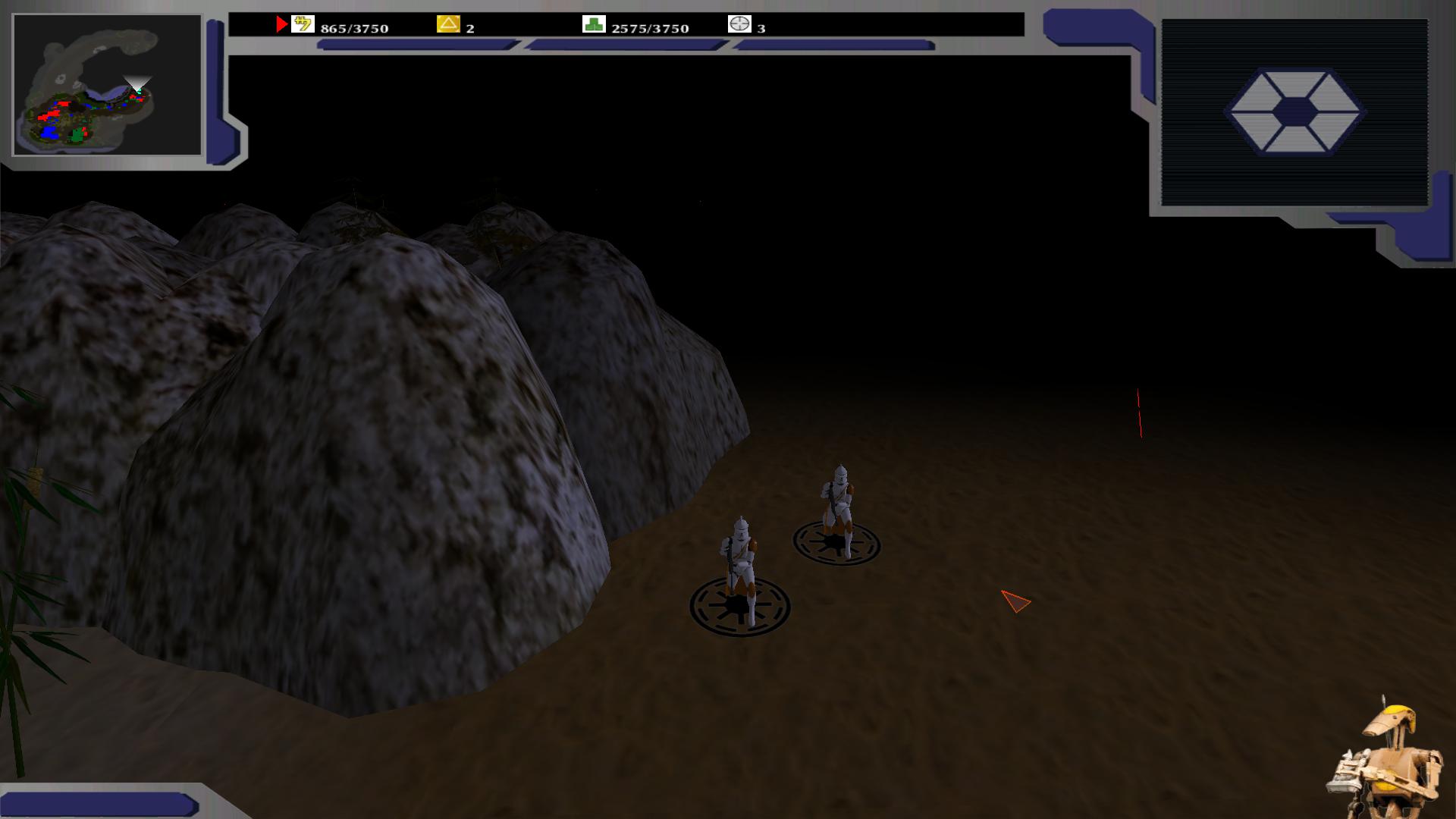 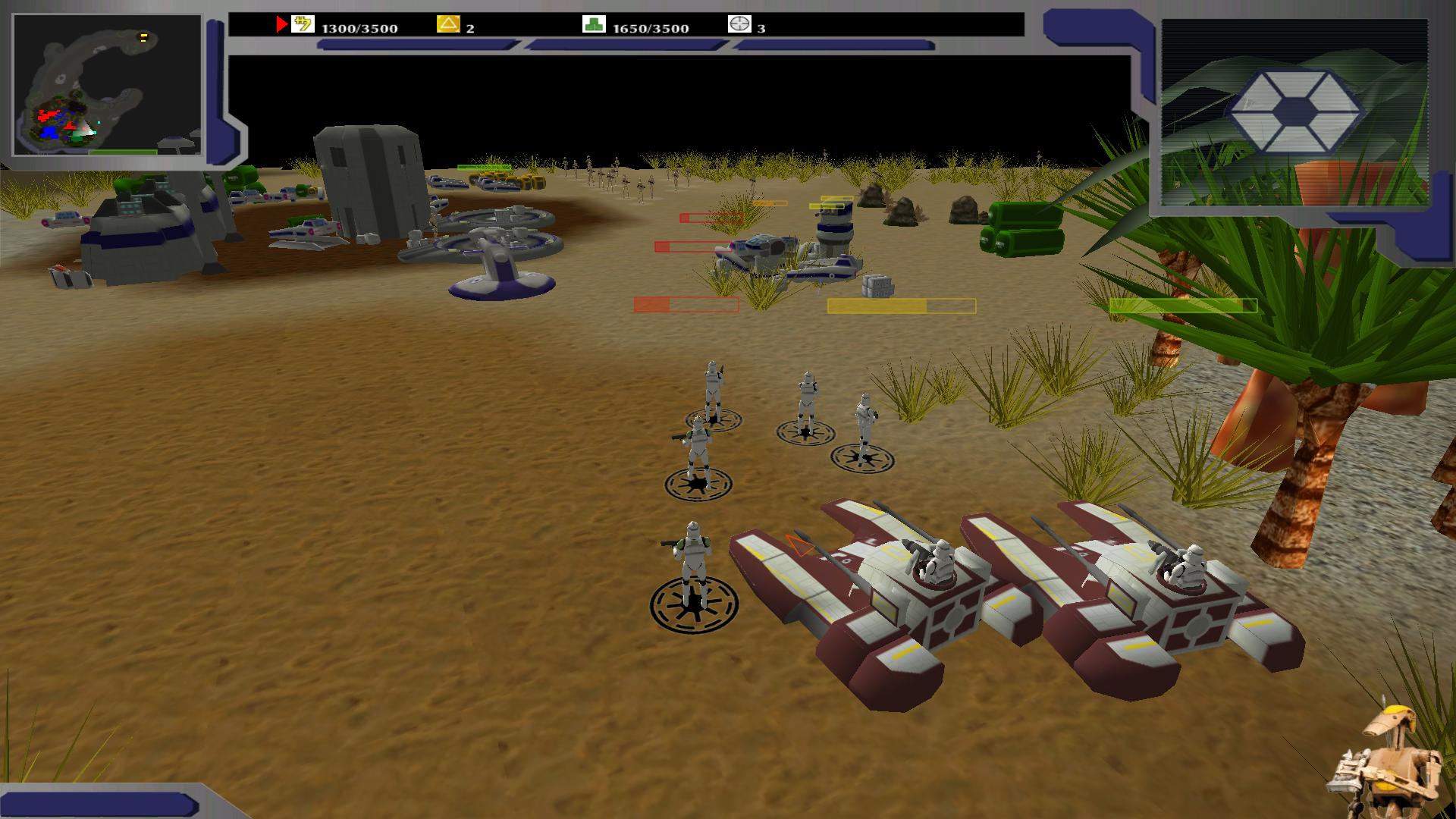 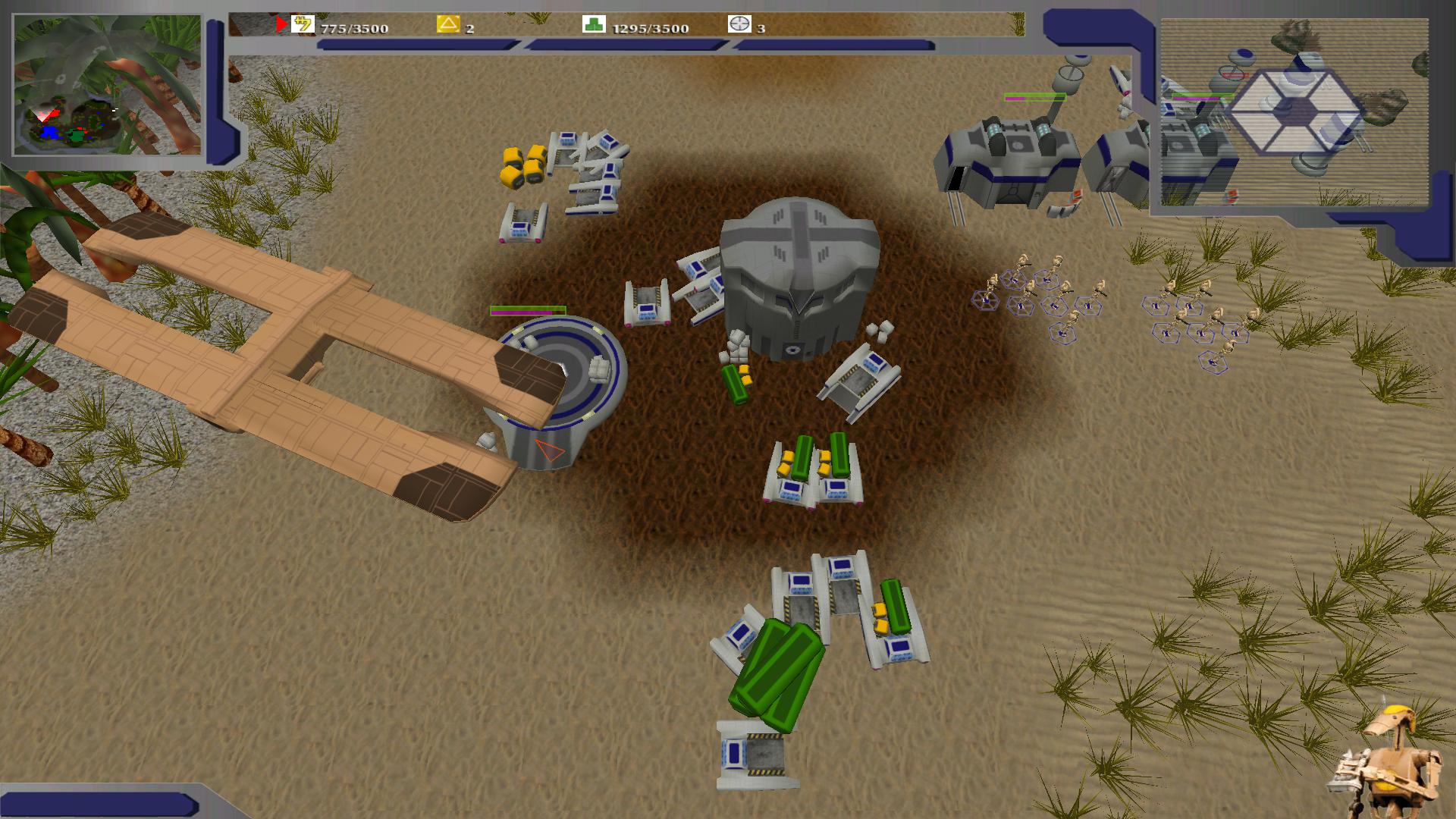 Star Wars The Glest Wars mod for Megaglest by ericscb.
You are not allowed to use the content of this mod with any other purpose than playing. If you want to use any content, contact me through moddb message.

How to install for windows:

1- Click on your start menu and click the RUN button
2- Type %APPDATA% in and hit enter.
3- Go into your .megaglest folder and copy into techs the folder called: "star_wars_glest_wars"
4- Now copy into tilesets the content of the folder called tilesets provided with the "Star Wars_tilesets V0.1" rar file.

MegaGlest 3.12 is now running for Steam Greenlight. Watch the trailer and vote for us!

Heeere we go!!! The first release candidate version of this mod. I hope you enjoy with it. This version contains enough material to have a good time playing...

Here you have my first compilation of star wars tilesets for the game. It is still green, but in a future I will add more star wars models to increase...

Annex: Conquer the World Beta 2 mod for Megaglest is out now!
Moddb.com

Glest maps wikia is updated weekly and all custom maps have been thoroughly play tested.

Trappin has some great maps!

Hello i have just installed mega glest and have fully updated my NVIDIA 9800 GT with the newest Update that supports 3.3 OPENGL but whenever i start the game up is says It does now support it

Thanks for any help.

Hi ExtremeTaco, thanks for trying megaglest. What's the exact problem or error though? We need at least a screenshot of it.
Also please post your problem at the megaglest forum: Glest.org
Thanks.

Just played a 4 player vs. 4 NPC match yesterday, The bases are crowded when you get all of your buildings set up and have people moving around.

Also others start building and sending people through your area as well which just makes it even more crowded.

Also I started getting some low ammounts of lag when alot of units were on my screen, that makes no sense as my computer easily handles this game.

Going to have to try, liked the original glest.

Defiantly Megaglest has much new particle effects, much more stable multi-player, dedicated server, and even an in game mod download feature! Its a large improvement over standard Glest!