The intense action and unique class system from the MOBA genre is translated into high paced close quarter combat in dense city streets, mech vs mech vs mech with npc human resistance throwing molotovs from windows and further ramping up the action.

Strategic players will have to build bases and defense systems at key positions across the map to control certain resources and claim domination over important hotspots, while the social player will enjoy trading rare gear, advanced weaponry and technology with explorers who have survived days or weeks in the punishing deserts and arctic storms or with the achievers returning with the loot from a quest against a npc human resistance training camp.

Join us at Mechworld.io and connect on the discord server Discord.io

Devblog #4 - The sound of heavy rain on asphalt

I've set up a new top level domain that leads directly to Mechworld.io rather than having the devblog on a subpage. Hopefully this will help make us more Search Engine Optimised as well as easier to remember for those who are already following -> Update your bookmarks by the way! I also did some css and html work on the site, making the backend able to pull each blogpost as a subpage and still have that look good. Another interesting part of the new-age web-tech and this weeks work has been to deal with the meta property tags. Which allows google and social media sites to pull some nice previews from your links. A must for us.

But what I've been most excited working on in the previous week has had me going back to my roots as a photographer - only this time inside Unity - using the fantastic new tool Cinemachine which was released with Unity v.2017.1. Unfortunately I'm afraid you'll have to wait a bit longer for a full post on what I'm making with it and how I'm doing it, but I am confident that it will be worth the wait!! And until then - here's a tiny teaser ;) (video on original site: Mechworld.io)<!-- Video -->

I managed to finish the first sprint and with this the core Gameplay is again in place. With this in place, I'm now ready to apply some buff and debuffs to the mech parts depending on the parts individual health. The idea is that each part and upgrade on the mechs will be taking damage, thus kind of working as shields - but if your rocket launcher has been taking a lot of hits, well you might find yourself in a situation where it malfunctions when you need it the most! I've Also been going over and giving Objectives and Loot-Scanning their first test iteration.
Step by step, the foundation is coming together. 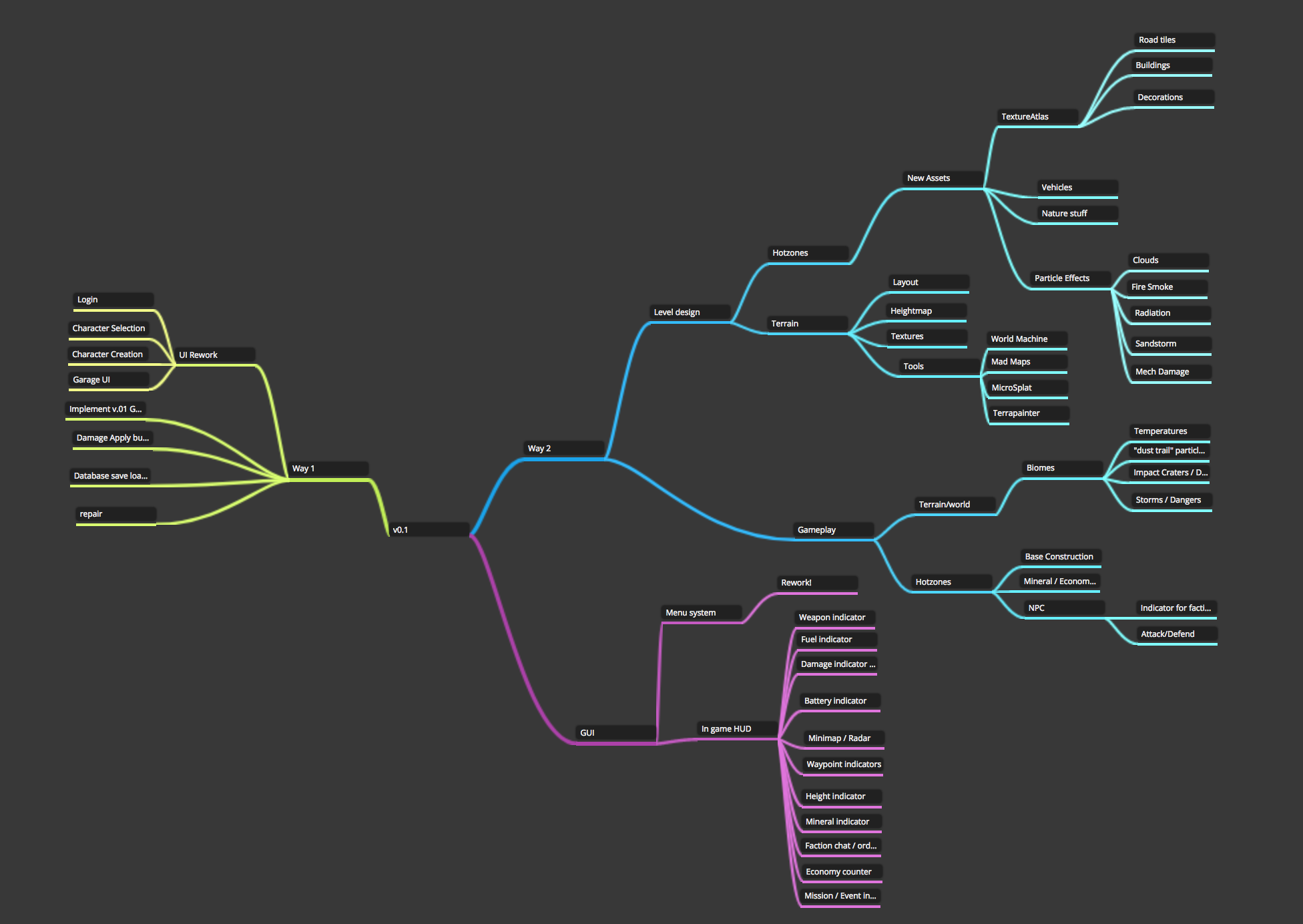 Sprint-1 in yellow, now that is's in place it will be much easier for the entire team to work on the other parts that needs to come together for the v.0.0.1 testrun. Mortifero

I'm about to start putting together a large texture-atlas that will hold the textures of all of our different pieces of road that are combined like a jigsaw puzzle to create the inner-city battle arenas for our mechs to fight in. The texture atlas is incredibly important because it will allow us to bake together all the different mesh objects into one large mesh with only one material, which limits the number of drawcalls the engine has to make - and thus giving you a lag-free battle. A lot of planning goes into setting up the atlas in advance so that we won't get any apparent tiling going on in the streets while at the same time provide some detail and variation. Here is a Work in Progress shot of some piece of asphalt I'm working on at the moment. 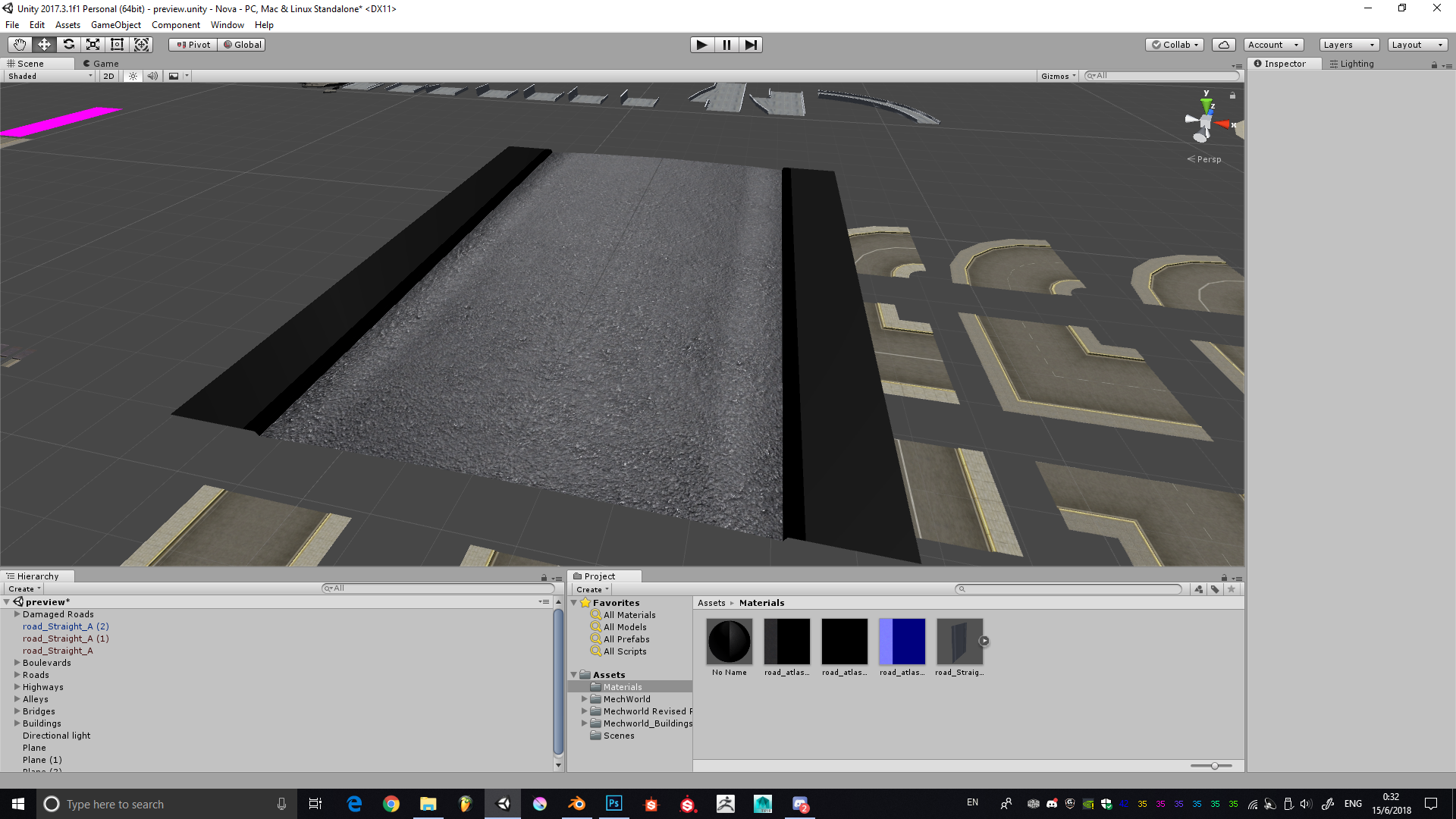 Hey guys. I'm currently working from an amazing studio as an invited artist in a cultural residency outside of Tehran. From here I'll be working with ztif over the next few days, putting my best hollywood action movie mask on ;) Unfortunately wifi isn't so good here, so I don't get to show you anything that I've been working on so far. I promise to do better next week! But I did stumble upon these inspirational casings from what might have been an ak-47.. Good thing i brought my recorder, cause they might come in handy! ;) 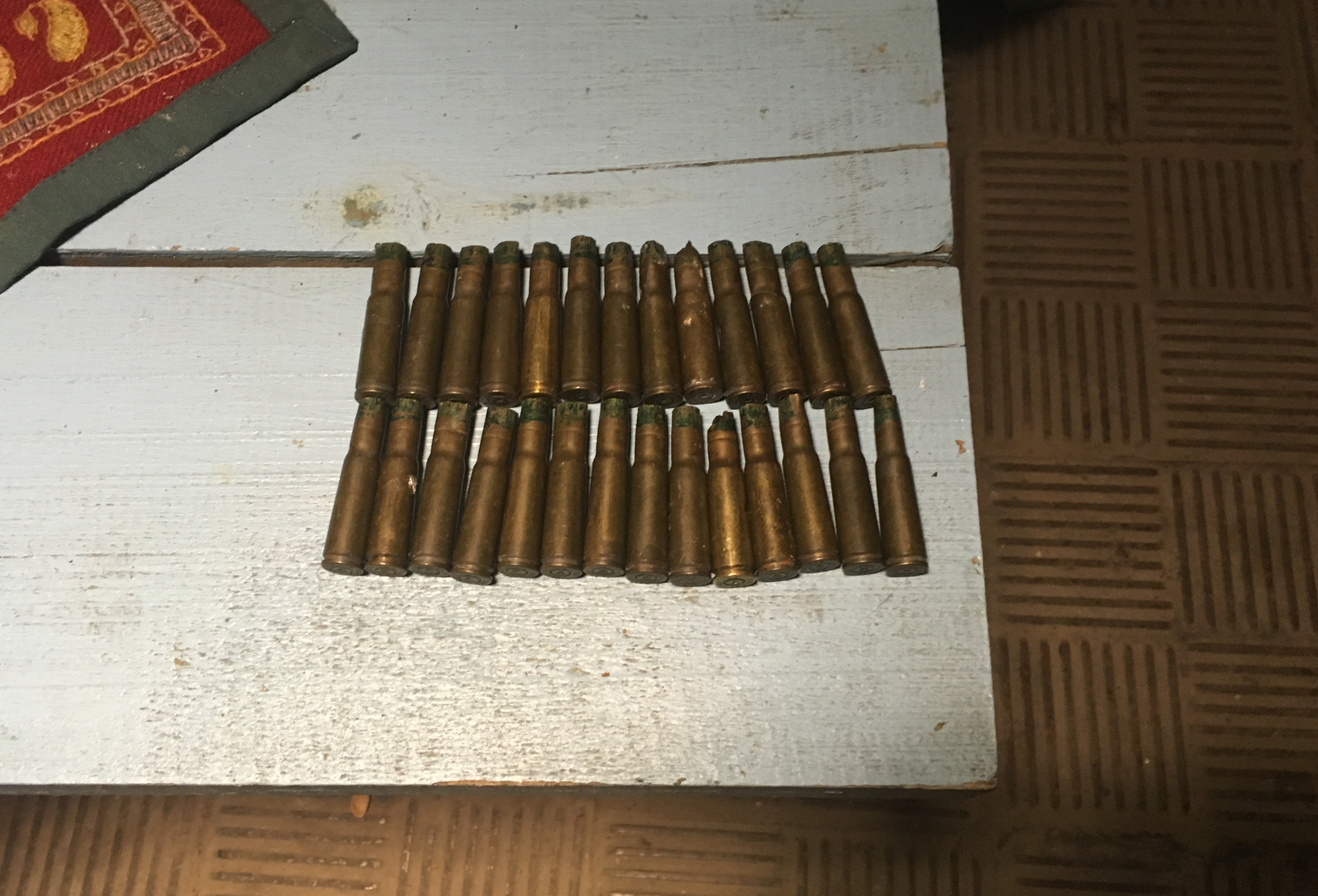 A quick introduction to the team that has gone from modding to developing.