Math Combat Challenge is a Math game, and is also a survival game, with some First Person areas and starship areas. The key of the game is solving math problems while trying to survive. Complexity of the math problems are random and can be configured, from simple adds to equations. Some panels require the player to look for the right number across the arena (static panels). Others appear just some seconds with different solutions, where you must shoot the right answer before disappearing (dynamic panels).

We have several news items that we would like to share with everyone. The first one is that the "Math Combat Challenge" is available with a 35% discount on Steam for both Windows and Mac. The second one is that "Math SteelCave Challenge" is now available in the App Store. This game is a variant of the Math Combat Challenge's "Realm of Helheim" Arena, adapted to iOS. But there's more.

There are several elements already finished, and others in which we are currently working. Let's go see them.

"Math SteelCave Challenge" has been reprogrammed for iOS, and is adapted to devices from iPhone 5S onwards. In this game we move through an infinite steel tunnel, solving mathematical problems while trying to be destroyed by different static and dynamic elements that will appear. In the next version, now ready, a missile battery will also be available. And more elements that we will include in the future.

Add to that the "Math Classroom Challenge", designed especially for the little ones in the house, and we have two games already available in Apple's App Store, and a third incoming in January 2018. 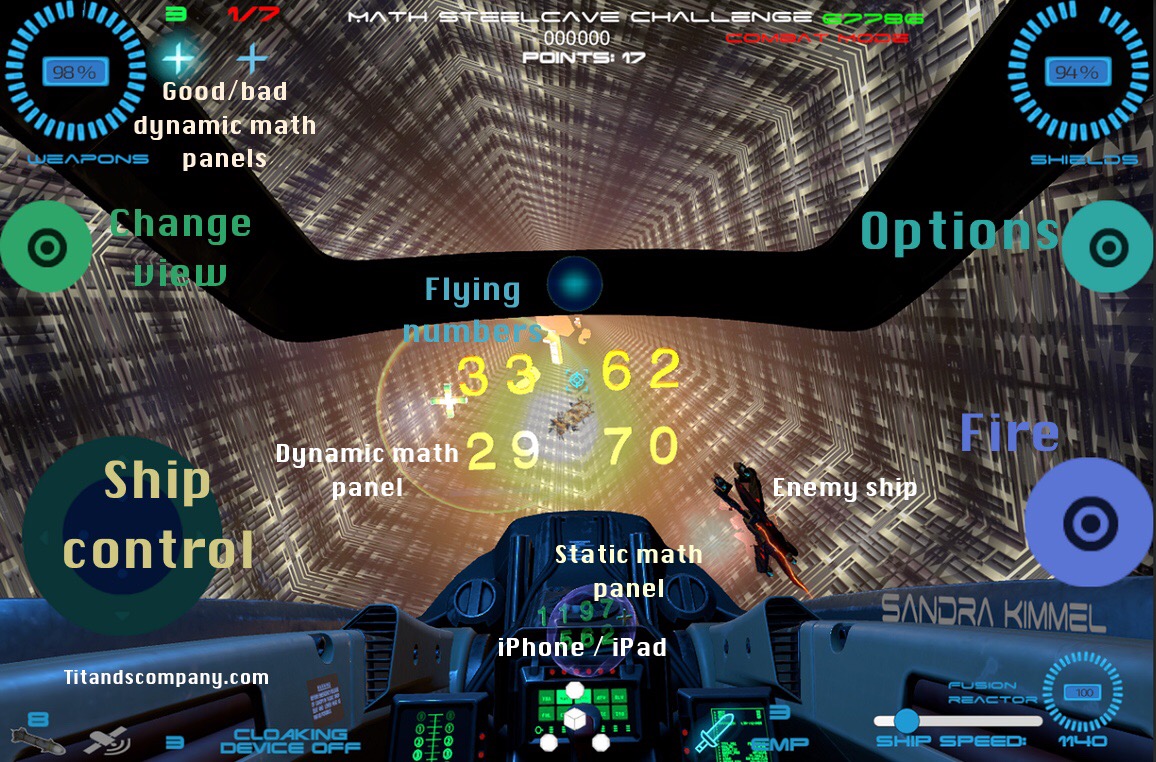 On the other hand,"Math Combat Challenge" for Mac, that is now available on Steam, will appear in January at Apple's store, and a version will be available for Oculus Rift first, and then for other virtual reality systems.

In addition, and as promised, the sixth free scenario is already being developed, and will take us to a timed race where the circuit itself will fight to prevent us from winning the match and the race. This scenario will also be incorporated into the Mac, iOS and Oculus versions of the game. In this way, the player will have six very varied scenarios for all tastes, ages and complexity.

Bringing math to everybody while having a good time playing is our main objective. Thank you very much, and happy 2018!