Malevolence: The Sword of Ahkranox is a procedurally generated, turn-based first person roguelike set in an infinite world with infinite environments, items, weapons, spells, potions, cities, NPCs, quests and even dialogue. It's being made out of Australia, but involves a team of people from all over the world.

We keep a regularly updated development blog on BlogSpot, as well as maintain an official Facebook Fan Page and Twitter Feed, which I heartily encourage you to join if you're on those networks, as we keep them regularly updated with info about the game!

Here is some of what people have had to say about the title so far:

"A 3D roguelike? Shut up and take my money!"
"Best game i have EVER seen on this site"
"Freaking gorgeous! Best-looking roguelike ever."
"Just divorced skyrim.. Marry Me!!!"
"You guys are a constant inspiration to indie devs everywhere"
"I have never been so impressed. This is AMAZING work"
"This engine just blows my mind"
"With every article you guys post I want to play Malevolence more and more"
"When can I start giving you money? Please, take my money!!!"
"A system shock 1 like interface and an elder scrolls feel... I love it!"
"Dont ever stop! This game looks absolutely beautiful in all three of my main ways: Depth, Detail and Beauty!"
"Wow, this game looks like it has definite promise!"
"How did i not find out about this sooner?"
"ARGH SO HARD TO WAIT!!!"
"This game looks awesome! Brings back so many memories."
"I hate rpgs, but this looks AMAZING"
"Infinite items, infinite world, infinite quests. Guys, I think I'm in love!"
"I KEEP THROWING MONEY AT THE SCREEN!!!! WHY IS NOTHING HAPPENNING?????"
"I think I may have just done a little love wee. "


Anyway, I hope you like it! And remember to please join the social networks to follow our development!

Thanks for voting and helping Malevolence: The Sword of Ahkranox on it's quest to become the 2021 Indie of the Year. You are now in with a chance to score some free games. Help this game secure more votes by embedding the widget (or link) we have included below on your favorite sites.

Hi all! We're back and almost ready to push out the Christmas update, which will - among other things - introduce the new Shaderless gameplay mode!

Not everyone has the most up-to-date PC and Malevolence is a pretty power-hungry game, so for those who have trouble getting the game to run at nominal speed, the shaderless mode will make the game FLY. Seriously, we've had it running on a Celeron laptop with onboard video at nearly 50fps.

It's not as visually pretty to run the game in this mode, as obviously many video concessions had to be made, but in our eyes it still looks pretty good considering it's an extremely low detail mode: 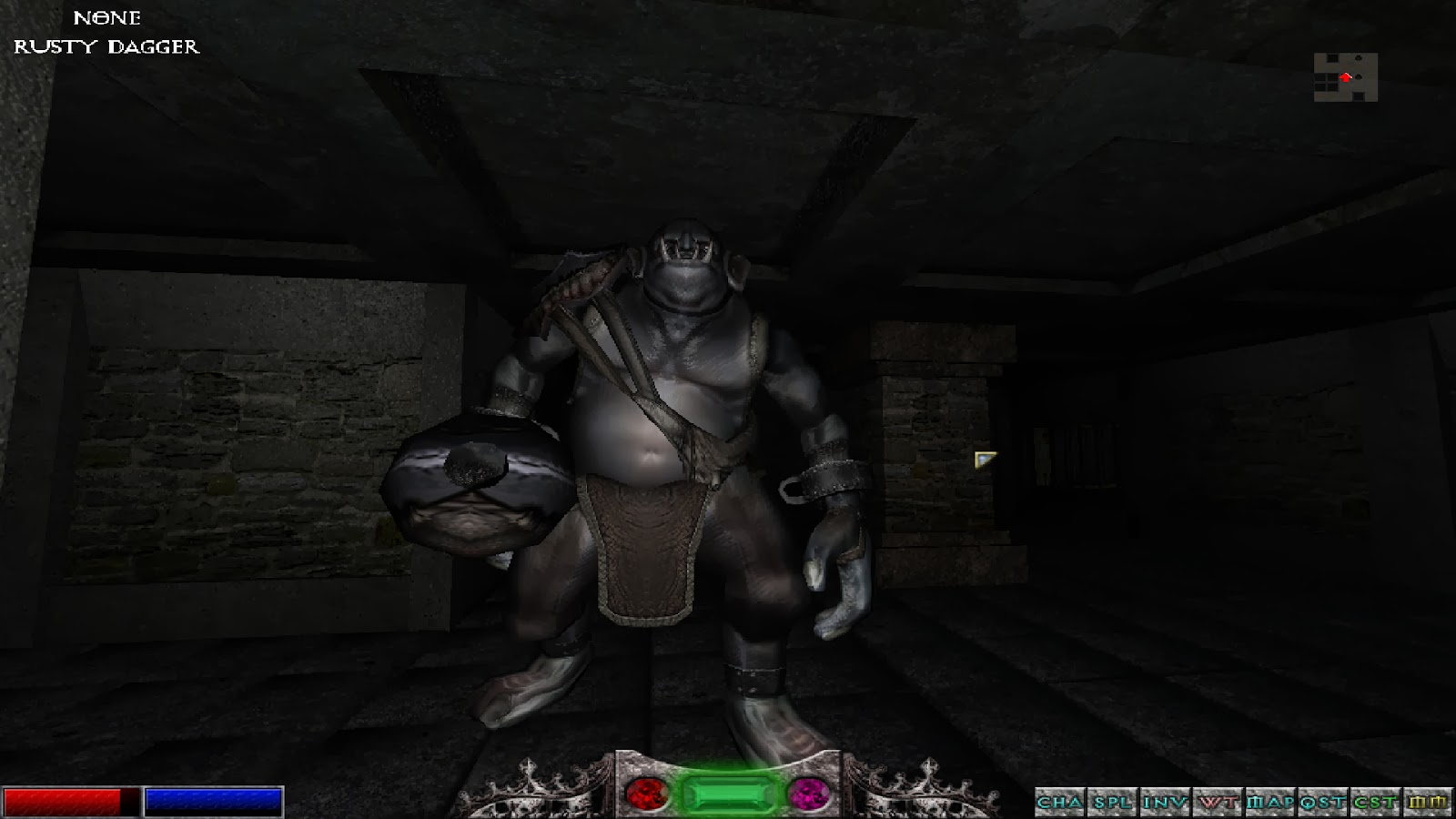 Countrysides have probably suffered the most, since they are - by far - the most graphically draining part of the game's engine, but still, it gives the game quite a nice retro feel to play in it, and many of our test team (who have quite powerful computers) have been opting to play in this mode by choice since it makes the game feel much more old-school to them, and more nostalgic: 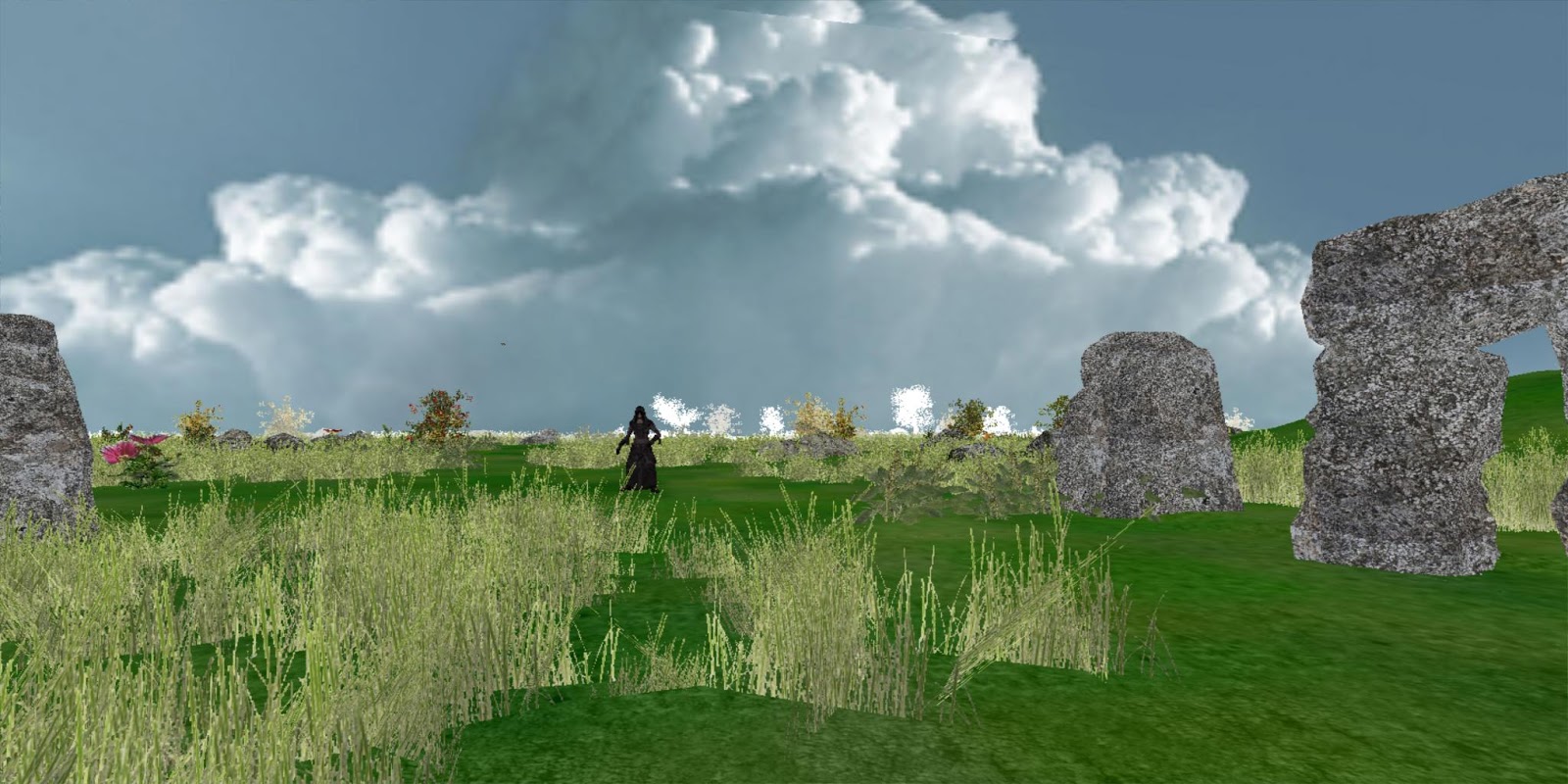 It's quite a far cry from what the game looks like normally! 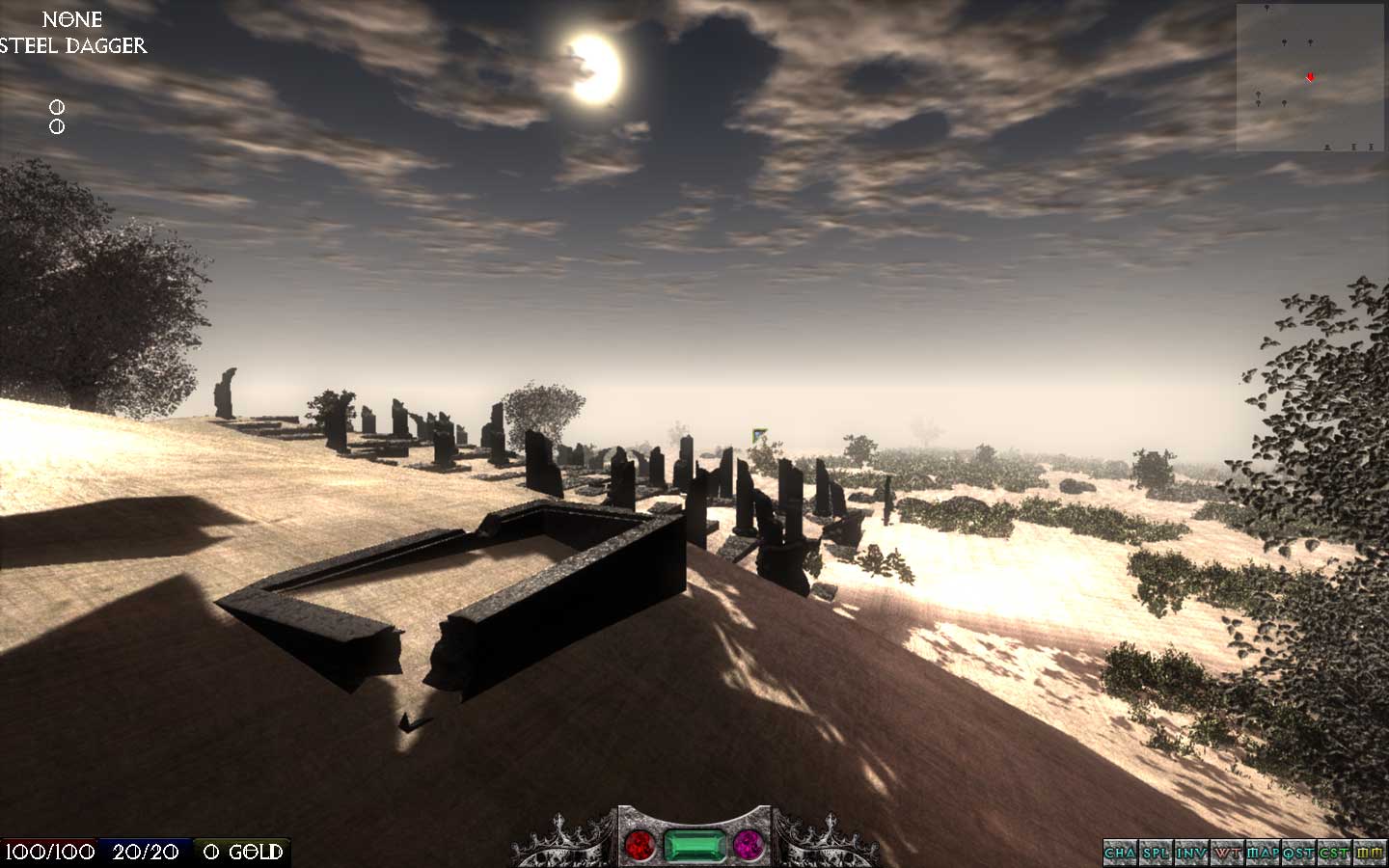 In addition to this, we were lucky enough (thanks to your generous votes) to be nominated for Indie Game of the Year this year! Now it's coming to the end of the final voting on the nominees and we'd love to get your support once more. If you can please click the vote button up above once more and give us your support once again, that would be great! And don't forget to share the link everywhere, as I think there's only about a day to go!

Anyway, we're pushing this update out within the next 48 hours, so we hope you enjoy it! Once it goes out, our team is having a short break over Christmas and then we'll be getting to work on finishing the procedural quest system ready for release!

Merry Christmas, lads and ladies! I hope you have a wonderful end of year. Don't drink too many bottles of Blatherbeard's Brew!

We've been Greenlit on Steam! And, we're still struggling to comprehend the awesomeness of that fact!

That time of year again!

We're back again with the Indie Game of the Year Awards! Here's an update on what's been happening in the world of Ahkranox.

Sorry it's been a while, guys. I've been head-down-bum-up working like a madman to get this project wrapped up as soon as possible, which has meant I've...

Yet another beta update!

We're back again after a long absence with yet another beta update for you all! Quite a bit has been going on in the meantime, so we're here with an update...

This is an update to the Malevolence Launcher to allow for manual selection of offline mode play.

This is the full beta build of the game. Feel free to download and try out the demo mode! It's the full game, just without the ability to save :)

Is this game still being developed?

Bought the games 6 month ago. I still not regret it .

So..... You said this game got greenlighted ? I can't wait to play this on a Steambox :D

We got Greenlit a couple of weeks ago! :D :D :D Dreams CAN come true :P

So in the end, throwing money at the screen was totally worthing it :D
Just don't forget desura too ! i like to play that game while I download other games.

Which is not possible anymore with steam's latest update....

Man, So excited its finally Greenlit! I've followed your game since the beginning, and I have to say, its come a very long way! Now Im pummed for the official release so I can get my friends to buy it on Steam!

Thanks Rhyl3yMaster! It always gives us a fuzzy feeling when people have been following it from way back when! :D

Incredible this hasn't been greenlit yet. I still want it so badly.

And we're very excited about it! WOOO!!!

Congratulations, hopefully I will have Time and Money when it comes out.

BTW. Are you guys thinking about a GOG.com Version?

Thinking about it, yes! :D We love gog

Malevolence beta is turning into an amazing project with epic goals! I have never heard of limitless locations in a procedurally generated world, but they did it! All the Role Playing elements are here and the exploration is a huge part of the game. The current beta still has a lot of work to be done as the shaders and lighting still need to be optimized, but the developers have really put themselves in a new level of game design due to the massive amounts of assets, weapons, characters and locations…

Tags
Embed Buttons
Link to Malevolence: The Sword of Ahkranox by selecting a button and using the embed code provided more...