Madness: Project Nexus 2 is a sidescrolling Run n' Gun game filled with arcade-style action reminiscent of games like Smash TV, with the button-mashing brutality of Final Fight or Castle Crashers.

Madness: Project Nexus 2 will challenge your use of immersive & tactical combat, on-your-feet decision making, environmental use and navigation, a massive selection of weapons, and a pretty heavy dose of comic blood and violence. You'll progress through the game by navigating between rooms and overworld stages, engaging baddies along the way (who will become wiser and more tactical as you advance).

Can you survive the hordes of gun-toting Agents, sword-brandishing assassins, and bullet-deflecting giants that Project Nexus throws in your path? Or will you brave the limitless expanses of the zombie wastes and survive hunger, deprivation, and the apocolypse itself? Grab your trusty weapon and come find out!

On September 4th, Team Madness's game Madness: Project Nexus 2 was Greenlit after only 9 days for release on Steam.

This means at the end of their Kickstarter campaign, all progress, screenshots, and demo videos will be available to fans and followers on Steam. However, alpha, beta, and early access is still only available to Kickstarter backers and preorders.

Anyone interested in joining the cause and supporting THE ultimate dark, cartoon-themed, Zombie-blasting Run-n-Gun can back the project at its Kickstarter page - Click Here! 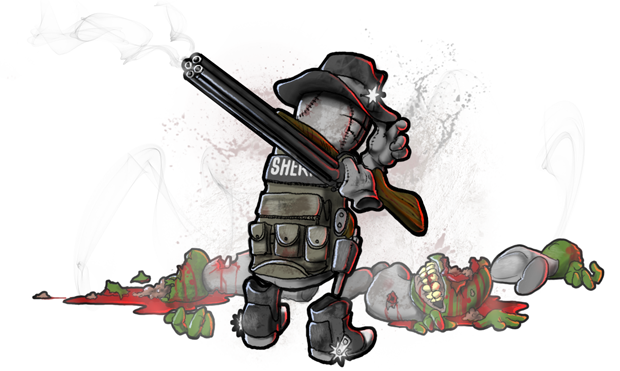 Team Madness has launched its Kickstarter alongside its new Steam Greenlight campaign!

The game is out on steam, Swain should update the moddb page now