Evil pirates have followed you to the treasure that you have been seeking for many moons! Now you have to keep them from reaching it before you do.

Loot Rush is a tapper style game where pirates are coming from all sides in waves. The player has 2 cannons that can be used simultaneously to fire at the pirates who are trying to reach your treasure. It features a Global Scoreboard on which all players will compete for the top of the list.

Loot Defence is a tower defence style mode where pirates have infiltrated your pirate haven. You need to push them back from the center of your haven to the open seas by improving your defences and collecting loot while pushing them back.

In Multi Loot players will be able to compete in either co-op or multiplayer, across all platforms.

As part of the whole experience, the player will also create a profile with a customizable pirate avatar that is visible with their ranking on the Global Scoreboard and multiplayer.

We have great news! A new artist is working on Loot Defence. We received a few comments, especially among PC gamers, that the art makes the game look old and much like a cheap Flash game. So we decided to make an improvement on it. At the moment he is working on the tower defence game mode, also called Loot Defence :). The first game mode, Loot Rush, will also get revamped to have the same style. Here's a first look at the new art style: 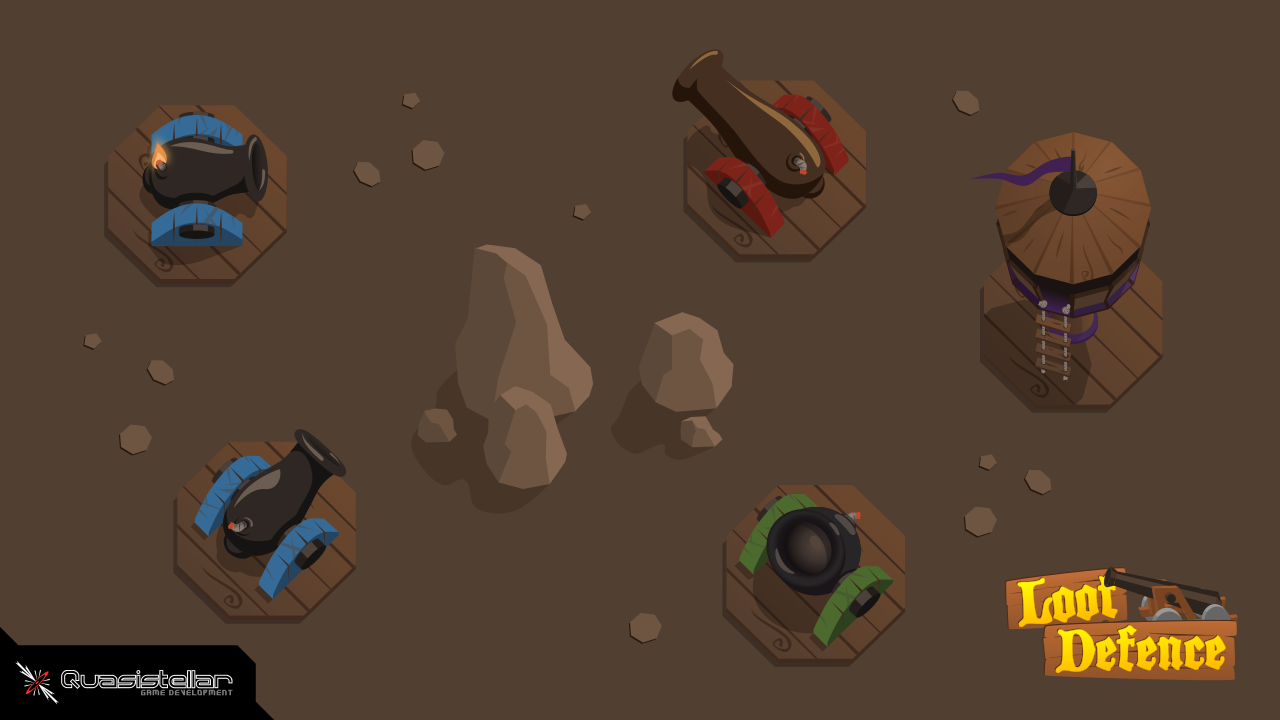 Some more great news is that we have a Demo release ready for Android, Windows and Linux. This version contains the Loot Rush game mode, with the old artwork, which will get updated (We'll let you know when its done). Please note: the Linux version could not be tested.

Please try it out and let us know what you think!