The tragic death of the country's ruler leaves you saddled with the throne, and a host of enemies out to marry you, depose you, kill you, OR WORSE. Frantically study to raise your skills and try to out-maneuver your political opponents while discovering the magical secrets of the realm. If you're lucky, you'll survive long enough for your coronation. Long Live The Queen!

... I forgot to update this page. Sorry!

Long Live The Queen is now available for sale on Steam and Good Old Games!

As promised, once we had secured a larger release we went through and jammed as much new content as we could manage into the game. This includes a host of new options and subplots in the story, some new faces: 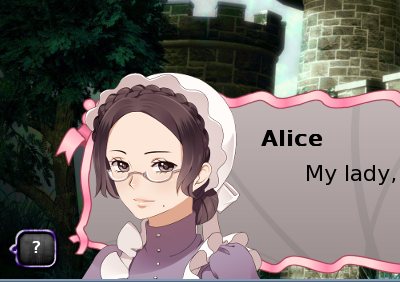 There's an updated checklist with new achievement graphics - we kept all the old checklist items and added several new ones (many referencing things from the new plots, to give experienced players some tips on what to look for). The achievement list now spans four pages to cover all these things: 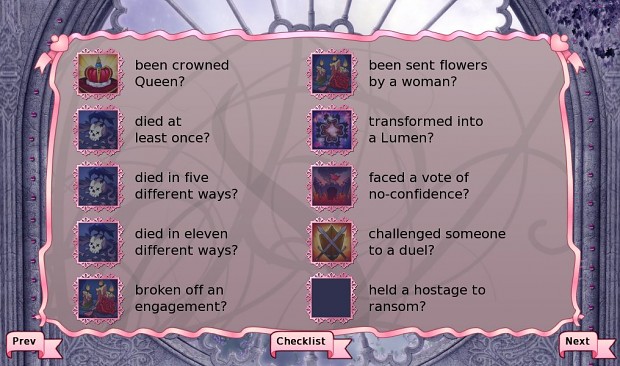 And something else we'd been wanting to do for a long time, the epilogues at the end of the game (if you lived that long) now have illustrations depicting the various effects and outcomes you've managed to unlock for Nova. These are also collectible and browsable from the checklist option on the title screen: 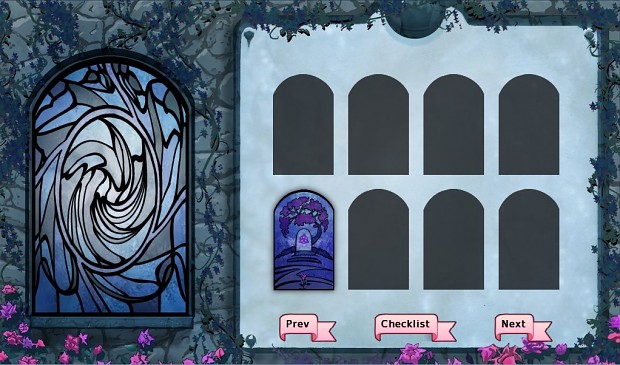 But you'll need to go play it yourself if you want to see what the other windows look like!

Thanks to everyone for supporting us this far, it's really been great.

At the moment I don't actually think a direct sequel - or even another game too similar to this one - is in the plans. Elodie's experience works because she is young and clueless and under a massive amount of pressure in a short period of time. The stars are aligned against her, and it's a massive fight to get her out of that. Duplicating that scenario would dilute it.

That doesn't mean there won't be more games with lots of stats and characters to shape! Just that they'll probably be quite different.

50% off this week via Show Me The Sales, and notes on where we're going from here.

Rule the world or die trying

Announcing the release of Long Live The Queen! Can you take charge of a country and survive long enough to have your coronation? Good luck...

Game on a quick development cycle. Dozens of ways to kill off your character. GO GO GO!

Everybody wants to rule the world

You too can rule a country - if you can dodge the assassins, evil magical girls, bandits, civil wars, plagues, tentacle monsters, political intrigues...

This game was really fun. I really got attached to Elodie and tried all I could to make sure she was alive. It's really tough when you figure out very early on it is very hard to please everyone.

Wait... is this game a remake/port of the orginal Super Famicom Princess Maker game? Well... minus the deaths... I don't remember dieing in the orginal game. Lol.

When is it coming to Desura? :l

Hey there! I've made a video from the demo version of the game, check it out if you want to at: Youtube.com

The demo was most enjoyable; short, but enjoyable. I especially love the music! This is a game that I would not mind purchasing, in order to experience the saga through to the end; whichever end that might be... :-)

I'd give the demo a try but... they usually end right when it gets interesting then I just delete the demo and ignore the full game.
The 'cut off' ruins the whole thing for me.

I'd get the full game but I don't buy before playing... maybe if I have spare money I'll take a gamble and pay for this.

Looks like it will be a good game miss hanako, looking forward to playing a demo version. Remembers me the good old Princess Maker Series, but your games are in english, gladly.

Pay or Free? if Pay will it be alpha funded or just stright relese?

I'm a full-time indie, almost anything I make is pay in some way. :)

There *is* a discounted alpha going on at the moment for my forum members. The game code was mostly finished quite a while ago, but we've been held up waiting for the art, and considering which bits of art are missing I haven't been able to make a proper webpage for the game yet. So if you want to get in on the testing and the discount, register at Hanakoforum.nfshost.com and look for the hidden game forum.

Do Not Feed the Monkeys Virtual Life