Lips of Suna is a tongue-in-cheek dungeon crawl game that takes place in the chaotic dungeons of Suna. The five intelligent races of the world descend to the dungeons with their goal to save the world from a conclusive disaster.

In your journey to the depths of the dungeons, you will, among other things, have to fight creatures of different varieties, solve quests, explore new places, and craft custom items. Luckily you don't need to do all this alone since you can crawl the dungeons with your friends.

And, now for something completely different. 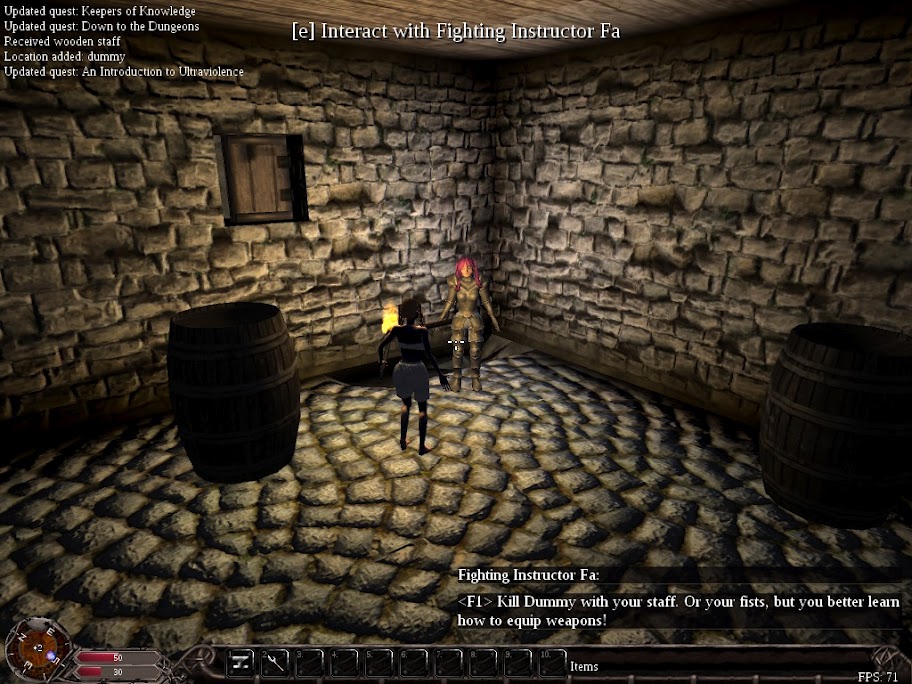 Well, maybe not /that/ different.

For those of you who have been following the project, LoS has had monthly releases since January. This summer we skipped a release month, but never stopped working, so there's a whole bunch of goodies in this XXL release-bag.

If you look at our forums, you'll see some feedback posts. Most of those points has been addressed. Of course, this is only possible because of the relatively small amount of requests, so, seriously, play the game, and leave feedback, and we will tackle it.
Some snippets of what we've added:

* Improvements to existing quests and work on some new quests. 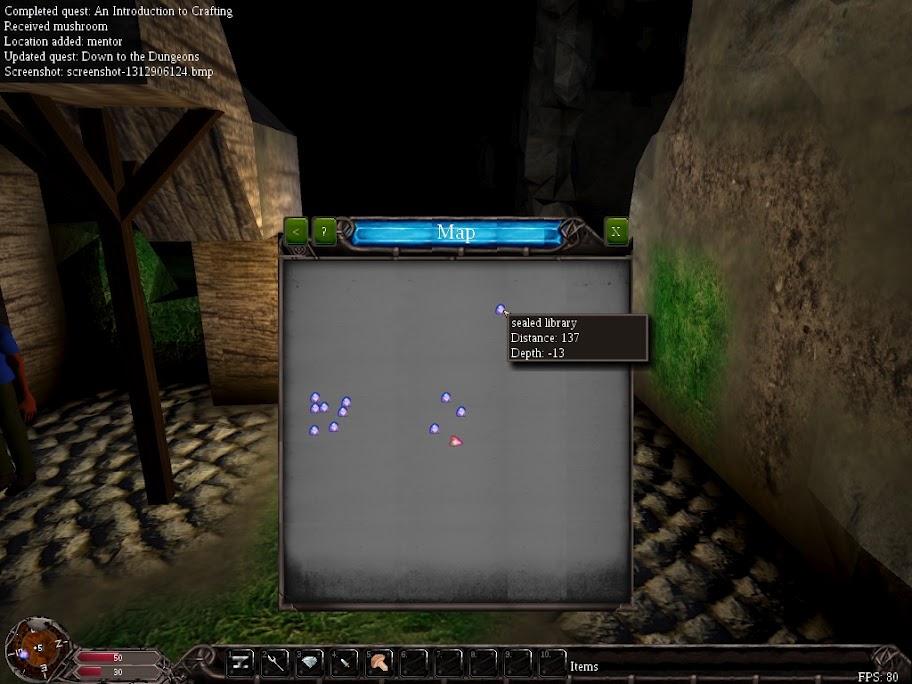 The list really doesn't do justice to the difference there is in gameplay, it's tonnes faster and more action packed, all we're lacking is content. So any quest writers or mappers or character modelers, please step up, pop in our IRC channel or forums, and we'll reign you in to contribute further to the most complete 3d first person open source RPG out there ;)
Download it here:
Windows binary 0.5.0
Linux/Windows Source code 0.5.0
Ubuntu PPA

Whoops, sorry about that.

Lips of Suna isn't "release quality" yet. A review stated so, and it's true. So I set the release date into the future, where we hope to address some...

Seeing as it's rather difficult to upload videos from Youtube to the official ModDB video page, here's one that the lead dev made and posted to Youtube.

Hello Mod/IndieDB denizens! This page is under new management, so finally you'll be treated to up-to-date releases, development updates, and all kinds...

Source code for the 0.4.0 release, compiles on Windows and Linux with the waf build system. Readme explains how to compile it.

Still a work in progress! Excuse the bad models/animations, and currently there isn't an option to disable nudity but that's coming in the next version...

A Windows version of Lips of Suna, a tongue-in-cheek dungeon crawl game.

Any plans to release the engine?

It's open source, the engine is right there and open source :P Another project, DungeonHack/Godhead, is already working on implementing it

When I launch the game a command prompt window as well as lipsofsuna.exe flash for half a second and then close. I took a screenshot:
I203.photobucket.com
My drivers (including video driver) are fully updated.
LoS looks very fun but I can't play it D:

What GFX card do you have, and how much RAM?

Also, if you paste what's in stdout and stderr for me, that will help a lot :)

4gbof RAM, Intel HD Graphics card (that's the name of it. It's an integrated gfx card.

OpenGL3.2 is only on relatively powerful gfx cards, I doubt that the IntelHD one supports it..

Lips also supports OpenGL2.1, you should check if your video card supports that

when i open the game it only shows a black screen how do i fix this?

What graphics card do you have? Currently, the game requires at least OpenGL 2.1 support. Also, try the new release/download

great stuff from what i see the swords is good

Indie
Tags
Embed Buttons
Link to Lips of Suna by selecting a button and using the embed code provided more...