KROMAIA is a six degrees of freedom adventure shooter which takes action, speed, agility and immersion to a new level. Insane enemy patterns and swarms, giant god-like guardians, ancient temples, contraptions and treasures, visual ecstasy... All in a vast and unexplored universe only ruled by physic laws. What if the coin-op machines golden age started today, adding complex maneuverability abilities, encouraging spatial awareness, as well as an A.I. adapting to the way you play? Here is the chance to know.

Kromaia was released on Steam (Store.steampowered.com) a few weeks ago. Now it has just been selected as "Best Creative Design" at hoPlay festival (hoPlay Winners) 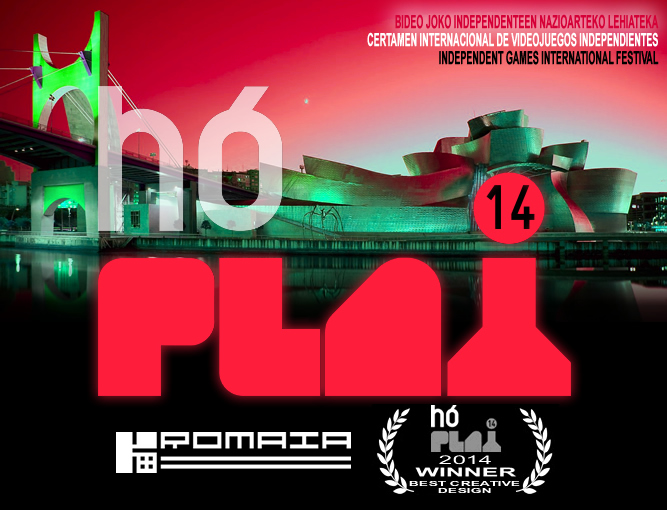 Vote for us on IndieDB now! Indiedb.com

Take a look at our last trailer here:

KROMAIA is a six degrees of freedom adventure shooter which takes action, speed, agility and immersion to a new level. Insane enemy patterns and swarms, giant god-like guardians, ancient temples, contraptions and treasures, visual ecstasy... All in a vast and unexplored universe only ruled by physic laws. What if the coin-op machines golden age started today, adding complex maneuverability abilities, encouraging spatial awareness, as well as an A.I. adapting to the way you play? Here is the chance to know.

Thank you for your support :) 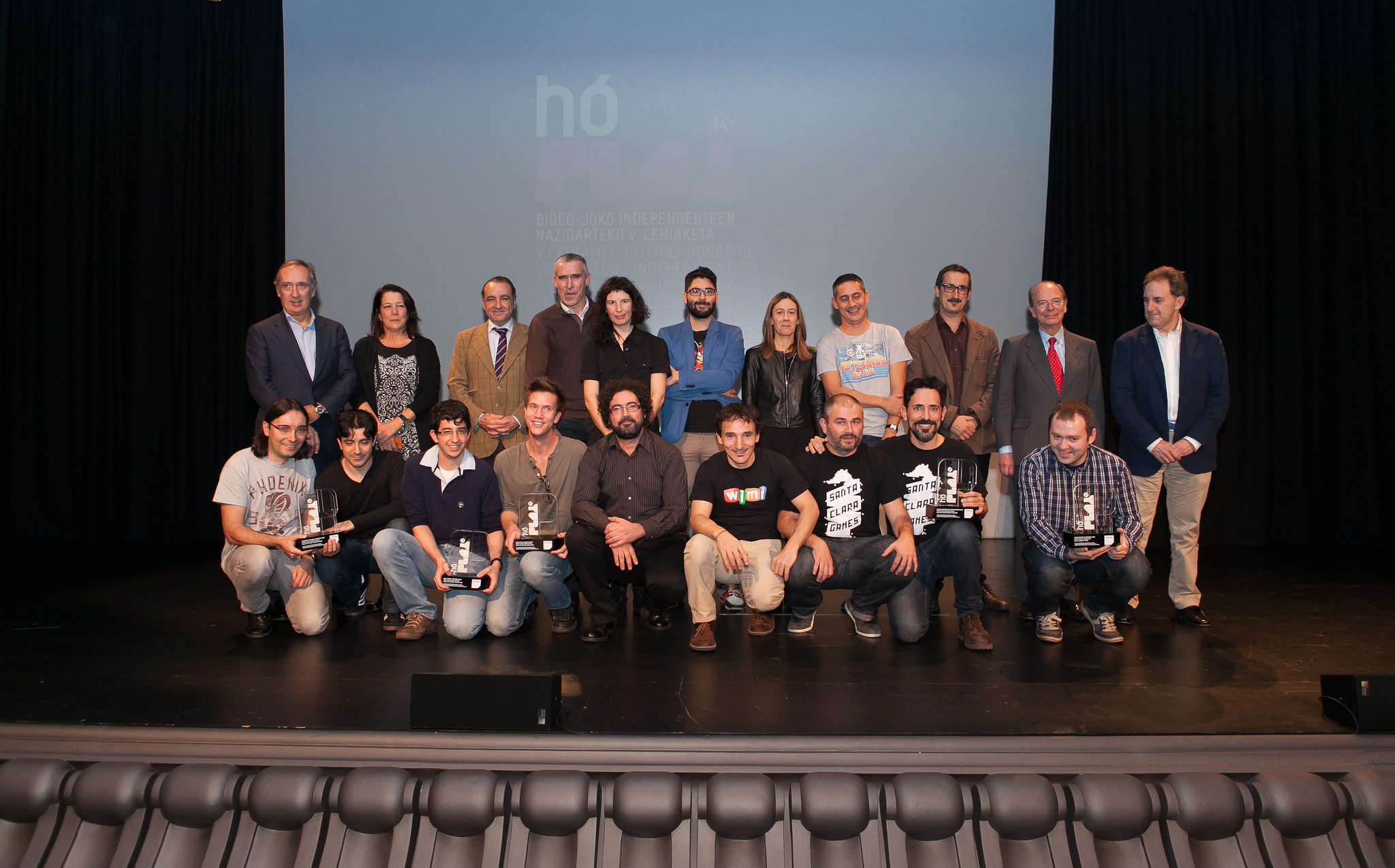 Kromaia, the first game from the independent studio "Kraken Empire", has been just launched on Desura. The game is currently on Alpha but it is already...

Kraken Empire is offering a free public demo that can be downloaded for free from its web page. Every backer on their crowdfunding campaign, ending in...

Kromaia has been recently launched at Indiegogo. Have you seen our last trailer and screenshots?

Played this at Razzed 2015 today. Went in blinds and it was like a flash back to some epic acid I necked back in the early nineties. Didn't know what the heck was going on, but it was good nonetheless :)

@dbl
to control the hooks I think just firing and retracting them is needed. they don't need to be aimed separately, you position yourself how you would normally aims and use the strafing to pendulum yourself on the hooks

if clicking in the sticks on a controller isn't suitable then I think double taps on the roll buttons is fine I don't think anyone would have problems holding them to roll, double tapping to hook/release, and holding after double tapping to retract ( somewhere between the 3d manoeuvre gear and the GiTS Tachikoma cables)

I will post some usuage specs but it still seems a lot slower than in the videos, regardless of which render mode is being used.

@barbaricspacewhale
I'll have another big session and be sure to post a review!

Wow, this is really fun. I was able to make it to the end of the demo and played some Score Attack, and I don't really have any complaints. It reminds me of a lot of very different games (Descent, Wipeout, Starfox, Galaga) but it still feels totally unique and uncomplicated. I love switching between hulls, too. The color change is refreshing and all of the weapons are fun to use. Well done!

Thank you! You got the idea perfectly. There is still a lot of room for improvements and new content, but it is already playable as it is.

Could you paste that comment on your review? It would be great for a review. Thanks! ;)

if i buy the game now, will i get the full game on steam included? thanks.

Yeah, you can get every version we are allowed to give for free (Steam allows free keys) including, Linux, Mac, Desura, Steam... And of course you will get the full game when the game is finished in a few months (and some other alpha on the way )

Remember you (and your friends :P) should vote on Steam Greenlight if you want to play Kromaia on Steam We are so close! Steamcommunity.com

Please provide a features list. I don't why it's so unrespected. People would have to ask less questions with one!!! Game looks awesome though, just wish I knew more about what is currently in the game and such.

Regarding View Mode Change, it is basic/raw at this moment: F1 (First person but without cockpit yet), F2 (Attached Camera), F3 (Inertial 3rd person camera: The default view mode), as @barbaricspacewhale said. As for Oculus Rift and Razer Hydra, we would like to support them and it's in our plans, but we can't provide a date for that since the core features and modes have the highest priority for us right now.

Thanks for your comments!

Maybe you've already seen this article, in the news section, here you can learn more detailed info about Kromaia:
Indiedb.com

It contains an extended trailer with detailed explanations on our engine, piloting, weapons, I.A., modding features...:


As for the current state of Kromaia, the Alpha version contains the following:

KROMAIA - CHAIN DRIVE - Score attack gameplay
This is a preview of a minigame (called Chain Drive) that will be included with the final game. It is a survival game mode and it is intended to act as a gameplay preview to test navigation and fighting basics in a highly hostile environment so, for that reason, it focuses on a score-attack/survival action experience instead of exploration within complex scenarios or puzzle mechanics.

KROMAIA - STORY MODE - Adventure and exploration gameplay
A preview of the final "Story Mode" that includes action and adventure elements. It consists of a short preview with varied content in a small volume to get a first impression of what are we planning for the story mode in terms of story, gameplay and exploration. In order to let the player explore the gameplay the different units offer, the main idea for this preview is to be able have all of the main units selectable and then procceed, through portals, to a common environment intended to experiment the way the experience changes depending on the selected unit style and the way you play. Actually, the final Story Mode we are currently building will work in a different way: It will feature really different stages, each one with its own scenarios, creatures and gameplay thematics, having these worlds unlocked during your advance through the quest. ;)

Kromaia's a six-degrees-of-freedom shooter with an arcade-style gameplay and an colorful, abstract aesthetic. I'll give you a small list of features in this game so far:

1. A universe run only by the laws of physics
2. Four different playstyles ranging from barrages of missiles to a sword-and-shuriken setup
3. A full story mode (Just a preview in the current build though)
4. An arcade-like score attack mode with frenetic shooting and high-speed flying
5. Smart enemies that predict and react to the environment and your playstyle

You can poke around on the Internet to find out more about this game. Kraken Empire has a Twitter feed which is shown on this page, a Facebook page, and an entry in Steam Greenlight for Kromaia which I'll give a link to.

If you have a Steam account, please give this game an upvote and the attention it needs!

P.S. I don't work with Kraken Empire, I'm just a rabid fan and want to help as much as I can.

EDIT: I forgot to mention the features you were asking about. You can switch the viewpoint using a few special keys, looking from either slightly behind (third-person) or from the view of the ship itself (first-person).
If Kromaia gets enough support and the alpha sells well, it's possible that Kromaia can get support for the Oculus Rift. This is why Cockpit view was brought up. I don't know anything about Razer Hydra, but this game does support gamepads (which I love using).

Take your common dual stick shooter, take the hectic gameplay and hordes of enemies, place it in expansive worlds filled with intriguing abstract architect, and you'd have Kromaia. Kromaia is a stylish arcade shooter that delivers both challenging frenetic gameplay and a visually exciting experience. Screenshots don't do this game justice. You have a number of ships to choose from, with their own style and weapons. From the standard laser/shotgun blasting ship to the melee-focused/shuriken-throwing…