Kingshunt is a 3rd person Online Multiplayer Action game, combining the genres of tower defense, real-time strategy and hack and slash. One team defends the base with buildable towers and the other team attacks with controllable minions. Players can be heroes and monsters within a medieval setting.

Titan Assault is a brand new asymmetrical PvP game mode. Teams are split into Attackers and Defenders during a Titan assault; featuring massive Guardians, siege weapons, and an army's worth of NPC minions, monsters, and undead soldiers.

We have two playable factions:

Every Character holds unique abilities allowing you to attack and defend in a way that plays to your own strategy and strengths. So choose your Hero. Learn their advantage and conquer!

Supporting up to 100 players per match, Vaki Games’ Kinghunt utilizes the power of SpatialOS to provide online multiplayer battles at a colossal scale. One team must defend their base by building towers, while the other attack with a legion of minions. Kingshunt is a fantasy epic that combines the genres of third-person action, tower defense and real-time strategy to create an entirely new style of gameplay. 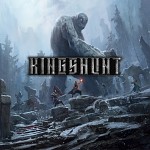