We've been silent for a few months due to us working on our by far largest update so far. However the wait is over and the new update has landed with a full graphical overhaul, all campaign chapters released, matchmaking and much more!

To give you a very quick update to what the game is like right now, we're starting off by showing off our latest trailer.

As you can probably see we've given the whole game a visual overhaul, we're extremely happy with the results and at the same time the performance hasn't be worsened. As to how the visuals are now we're not intending on working much more on them for the future, however some smaller alterations might happen. Below you will see some screenshots of how the game looks now. Keep in mind these pictures have in no way been altered and are taken directly in-game. As you can see as well we've also updated the in-game UI to give it a more fitting look with the new updated visuals. 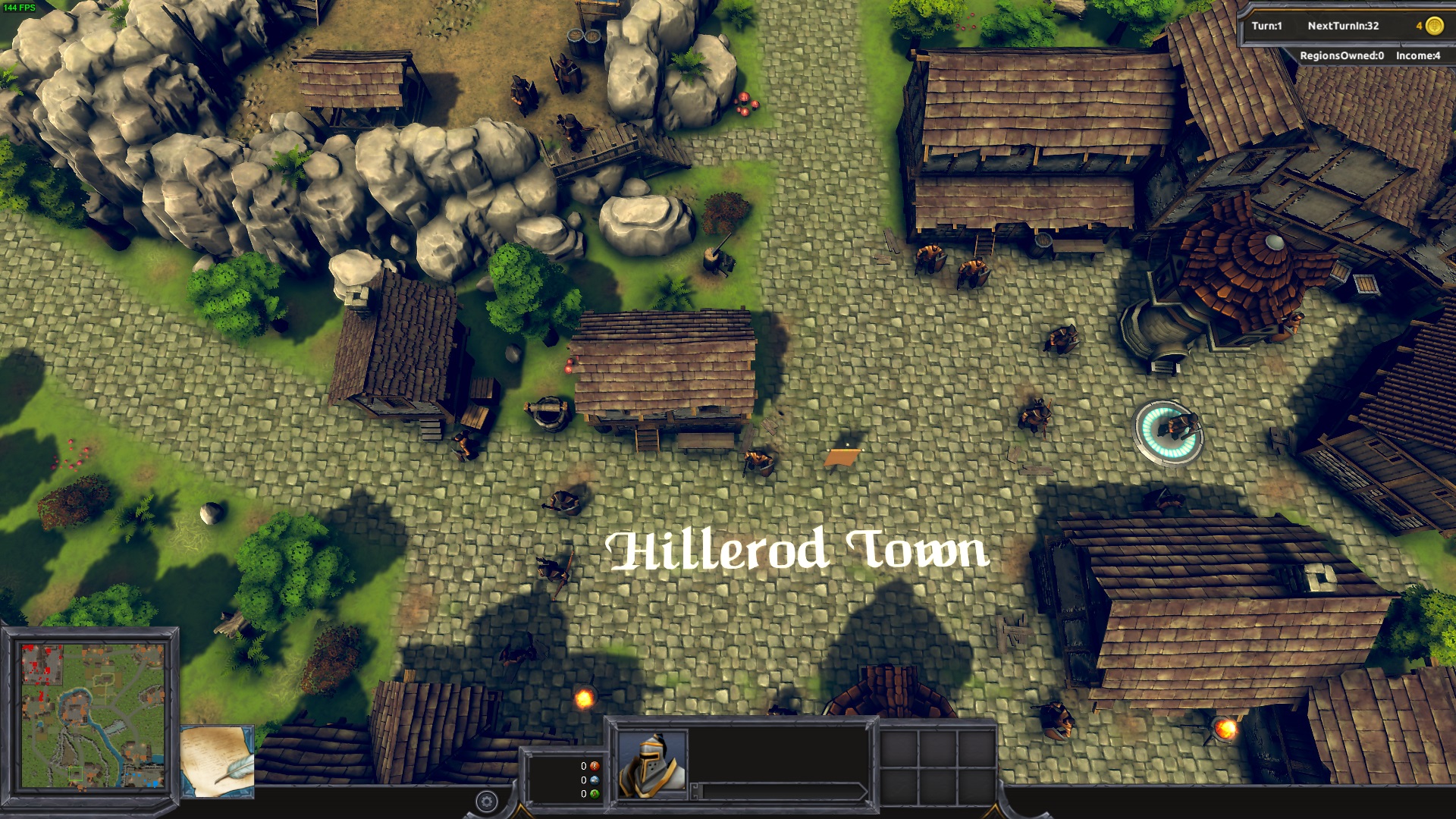 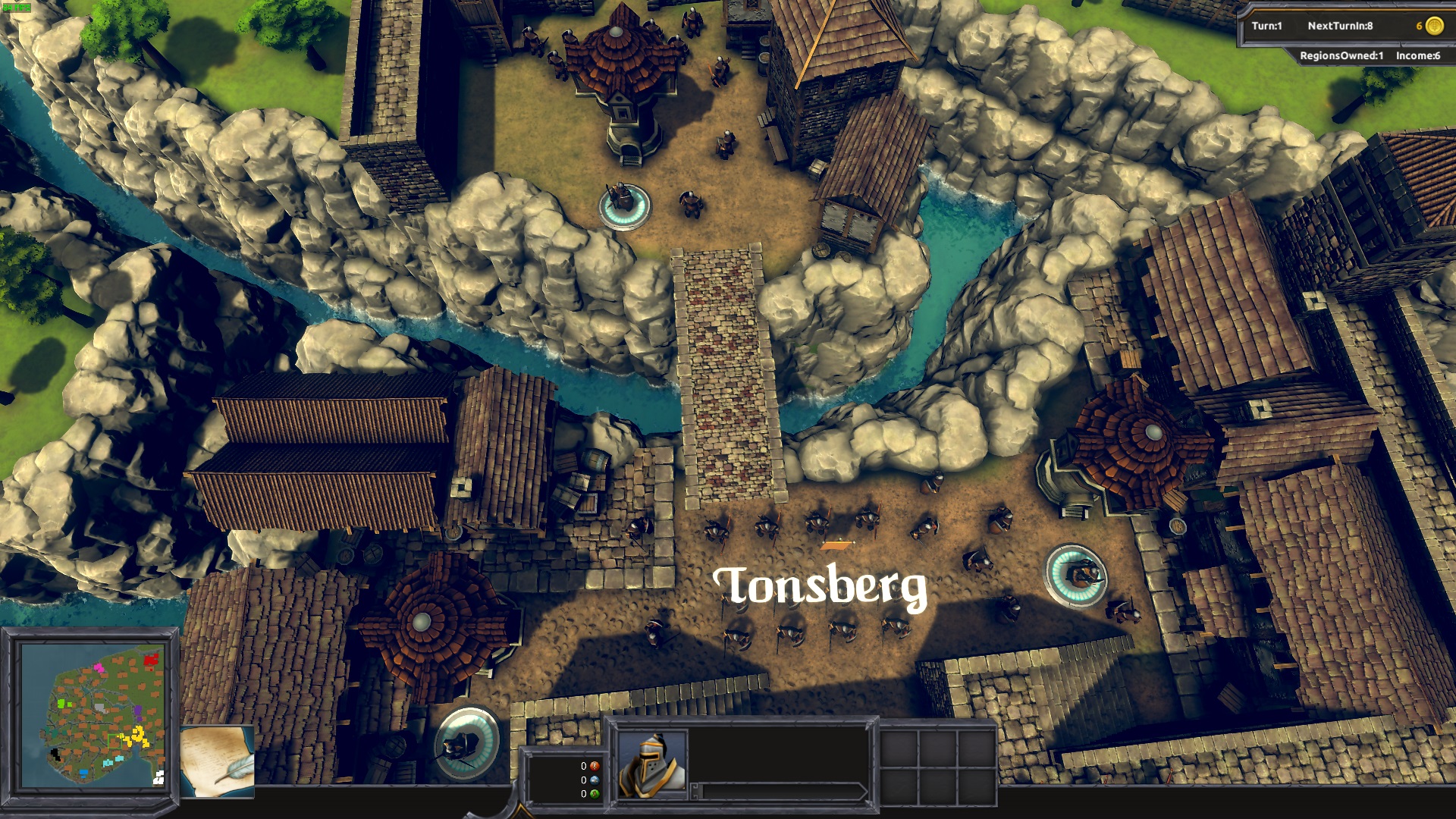 First of all we're happy to announce we've acquired a dedicated server! This was much needed since the way our functionality was previously designed it wouldn't be posible to have matchmaking. So changing our game to run with a dedicated server meant basically all our functionality had to be redone, hence why this update has taken longer than expected. It was one of those situations that when one problem was fixed another two would show up, but hopefully we did finally manage to make it work in the end.

The way the matchmaking itself work is pretty common, you will sign up in the queue and wait for a given time. However we've been realistic about this and given how our playerbase is right now it's unlikely 12 players will be in the queue all the time. So to counter this we've added a limit that a player can wait maximum 3 minutes in queue, if there's not 12 players at that point it will fill up the game with bots.

This makes it posible no matter how many players to play games and at the same time to earn our in-game currency which by the way only can be obtained in-game, to unlock skins for your armies.

There is however one skin that's extremely rare and special, and it's "The Royal Guard". This skin can only be unlocked by reaching the top of our new in-game leaderboard! Once you've unlocked it you don't have to keep your spot though and the skin is unlocked for good. 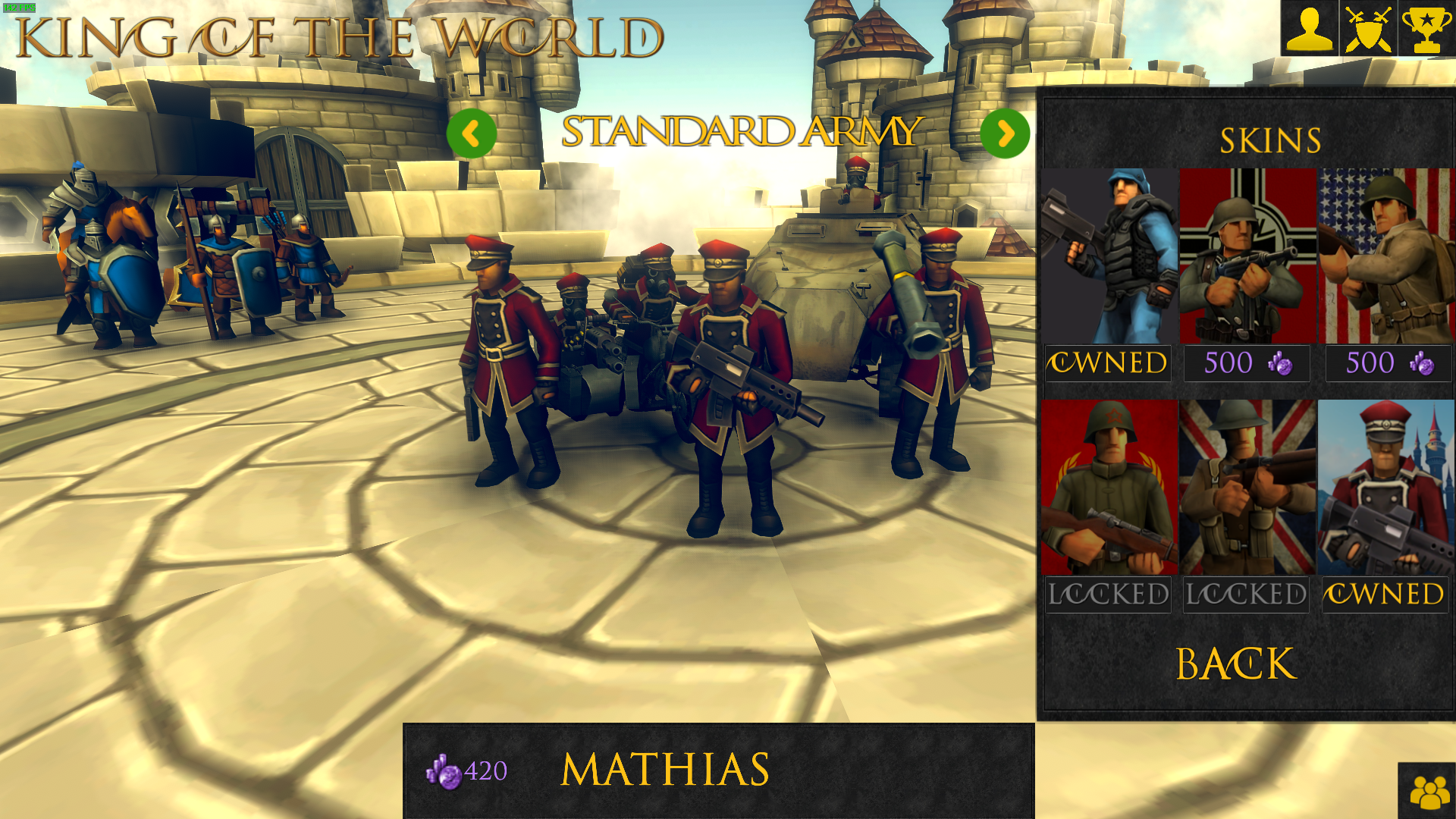 With the matchmaking we also came up with another idea, which was the posibility of the different armies fighting against each other. In hindsight it's actually something we should have done a whole lot earlier since it's simply much more fun while at the same time adding much more depth to the gameplay. We do feel we've actually at this point balanced it pretty well, however there's obviously always room for more which we also intend to do once we get closer to our full release. The way the player choses his/her army is a choice that comes up before joining the matchmaking which can be seen here:

To give a brief summary of how the armies are currently balanced the medieval army is the strong early game army with their infantry, however their lategame units are not as strong as the other twos'. The Scifi army then have the stronger mid-tier units with their big gunners while the modern army's tanks are the strongest late game unit.

With the recent update the singleplayer campaign is fully released, which means all six chapters are out. Due to how earlier described we had to change a lot of functionality for the game, this meant the campaign had to be made purely "local" where's before it was actually networked with the player being the host. This has resulted in some alterations and funky moments where bots would behave different than previously, which lead to some quite surprising moments when one has seen the bot do the same things 100 times and suddenly they do something different. So because of this there's still some minor tweaks to be done for the full release. In regards of releasing an Act 2 for the singleplayer campaign we haven't really decided yet and it also depends if there's a high enough demand for it since making these chapters takes quite long to do. 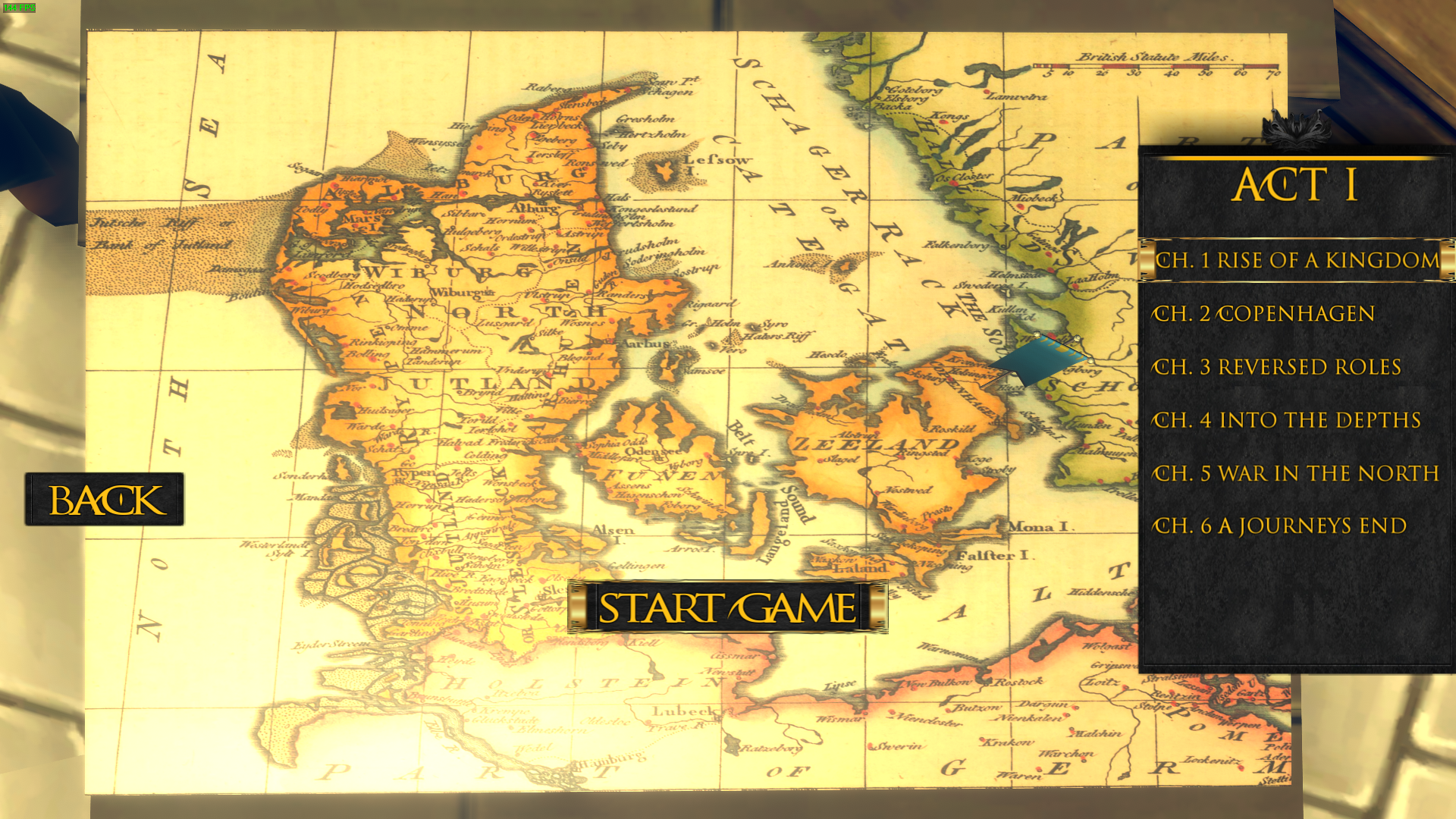 While we obviously don't want to give out too much info as to not spoil the story, I do want to give a short shoutout to chapter 5 which is a personal favorite of mine. In this chapter you're in the middle of a civil war where's 10 bots are competing against each other in conquering the neutral villages and each other. But exclusively in this chapter each bot has a "lord" unit in their base, and if he dies the bot will change side and become an ally/vassal to the one that defeated him. This often leads to many different scenarios like the player end up fighting a team of 6 bots or unite them all under his/her own banner. A lord can be seen in this picture in the upper left corner: 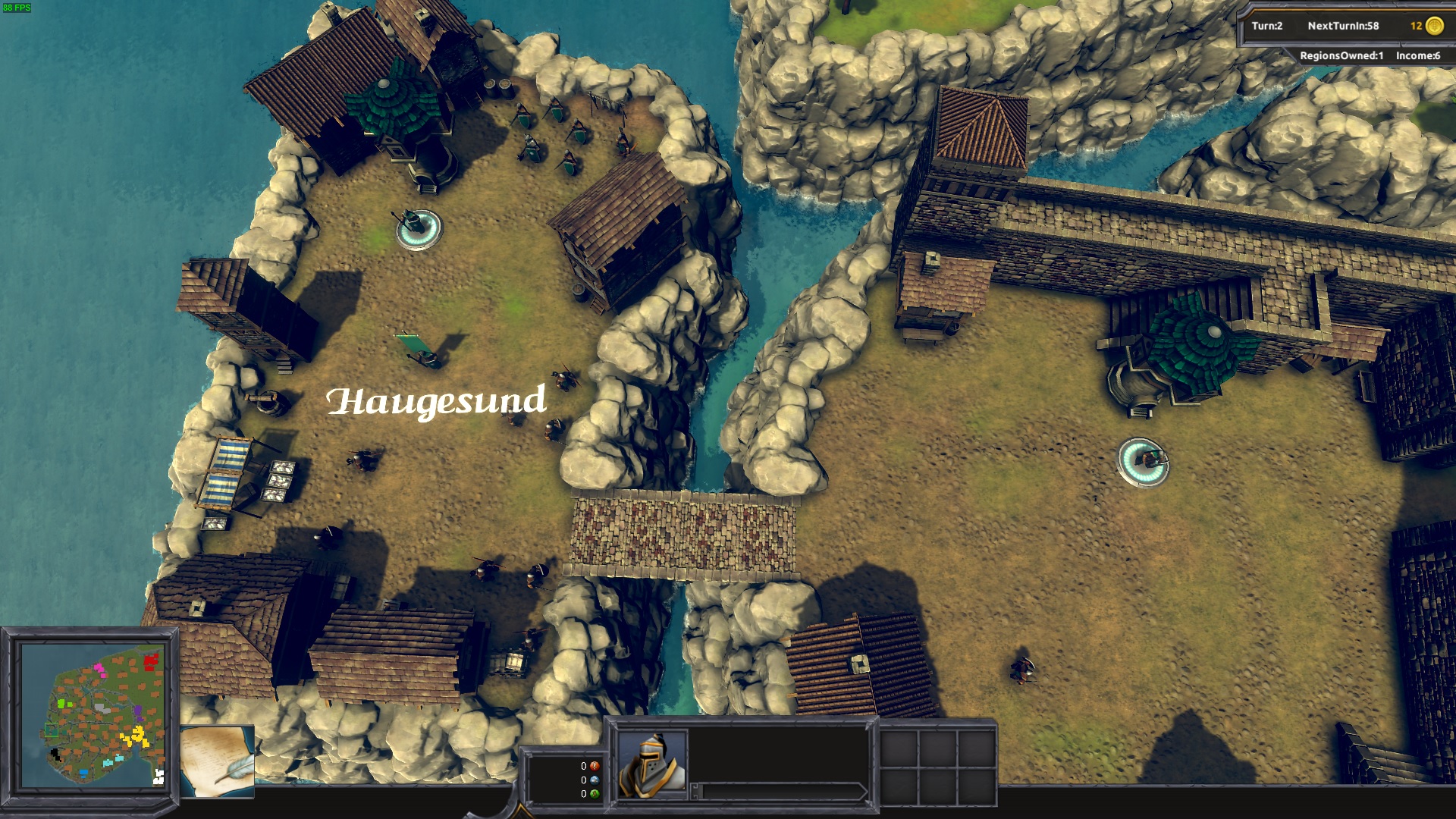 Also if you want to see how the campaign works in general I made a playthrough of chapter 1:

We have reached most of our milestones at this point, and when looking back it's been quite the journey. There's however still quite some work to be done in terms of bugfixing, tweaks, polishing, server optimization etc. We do also plan on having more multiplayer maps ready for our full release! Which a wild estimate probably would be around 3-4 months from now. We prefer taking our time and make sure everything works perfectly for our full release.

At last we hope you've enjoyed this little blog post, and as always feel free to comment your thoughts and give us feedback.