In Ionic Surge, race through the cosmos on an endless randomly generated track. There are two ways to lose, by crashing spectacularly into one of the deadly obstacles, or by running out of time. Beat the clock and rack up as many points as you can!

Hello everyone, I have been working hard on the open beta and it is coming along nicely! I wanted to take a little time to put this post together for you in order to provide some details on the most important aspect of the game, the gameplay. Check back soon for more details!

This post discusses controls and basic gameplay mechanics which consist of movement and rotation. Boosting will be discussed in detail in the next post. For now just know that boosting allows the player to overcharge any thrusters (front, back, or side) at the cost of energy. This allows the hovercraft to quickly change direction regardless of orientation.

I highly recommend playing Ionic Surge with a controller as it simply plays and feels best. It is playable with a keyboard/mouse, however I have found the learning curve to be more severe. Having an analog stick (LS) dedicated to the movement of the hovercraft provides more precise control compared to a keyboard (W,A,S,D). 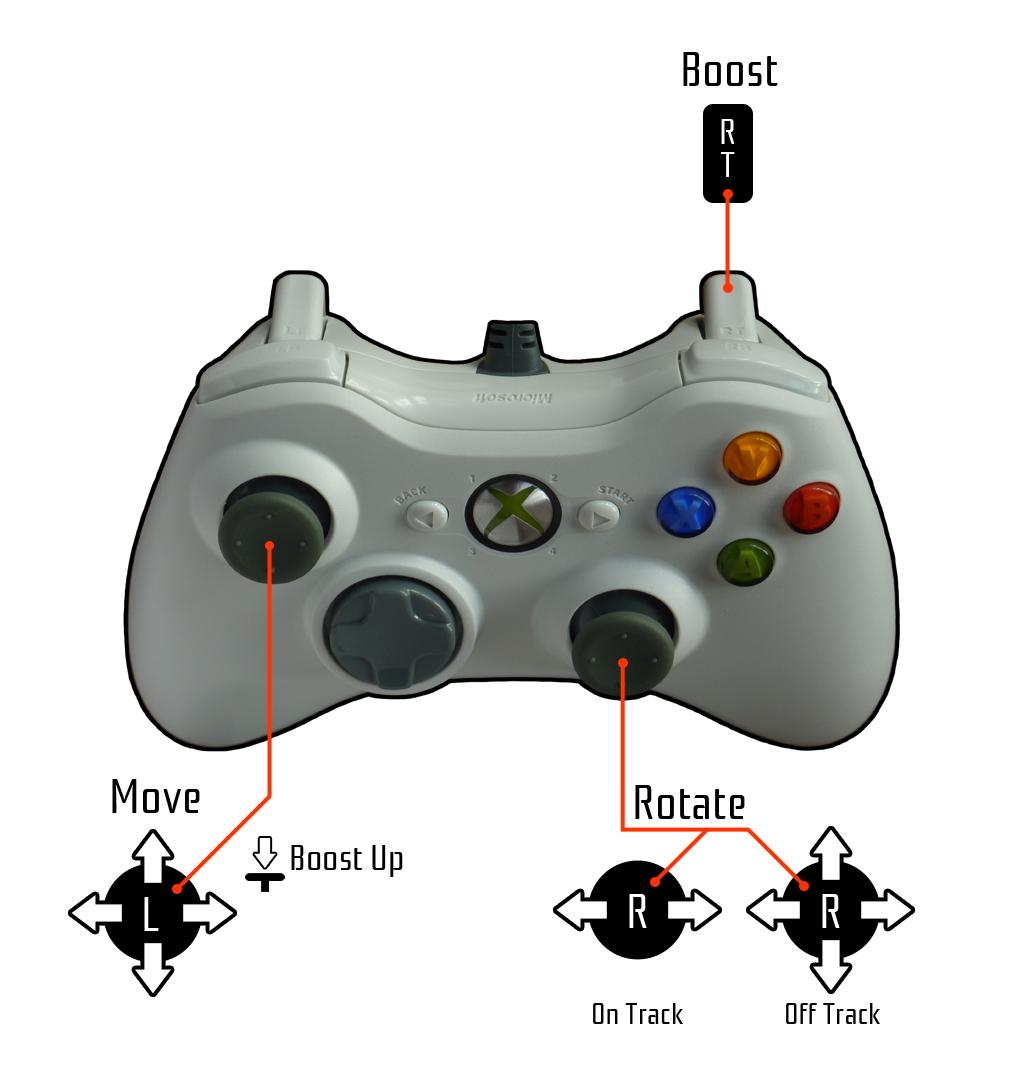 The hovercrafts in Ionic Surge move differently from those featured in most other futuristic racing games. The key difference is the ability to move from side to side. This allows them to move in any direction horizontally without turning, which is perfect for weaving through obstacles. This freedom of movement takes some getting used to, but it gives the gameplay a unique feel. 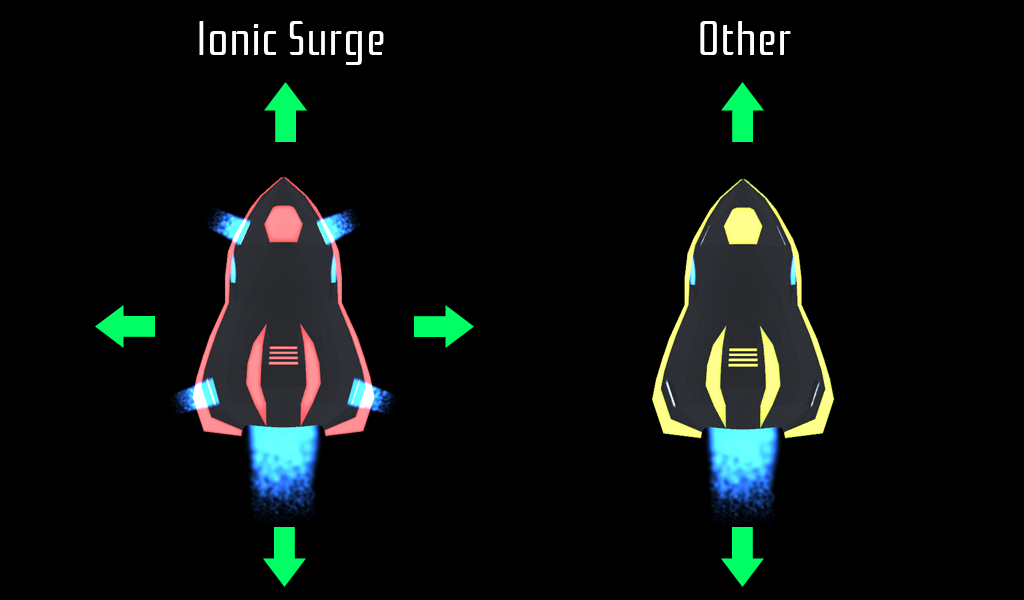 The hovercrafts also behave differently while on and off the track. On the track, they turn around their vertical axis which is typical of most racing games. While off the track they no longer turn, but rather roll on their 2 horizontal axes. In other words, they act like cars on the track and fly like spaceships off the track.