Imperial Nostalgia is a four in one collection of games inspired by the classic console games that I grew up playing. I'm working on a RPG game for a client and wanted my own project to be something simple and fun to work on during my downtime and hopefully earn enough to help pay some bills. Having just turned thirty-(mumbles incoherently) years old, a nostalgic return to my youth seemed to fit the bill nicely.

The games planned to be included in this product are: 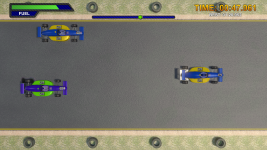 Open Wheel Racing: A top down time-trial racing game. Race against the clock and try to beat your fastest time as you weave in and out of traffic while avoiding oil slicks and smashing into bridge walls. You'll also need to keep an eye on your fuel meter. If it runs out, your race will be over. Pick up red fuel jugs along the way to keep that meter high. You can also pick up blue nitrous bottles for an extra burst of speed. 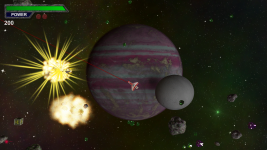 Asteroid Miner: In this game you play a mining ship on a mission to collect precious minerals from asteroids. Use your blasters, and any weapons you may pick up along the way, to blast the asteroids apart and expose the minerals. But collect them quickly, they'll dissipate after being exposed for too long. Of course, you'll have to avoid the asteroids as well. If they hit you, you'll lose a life. 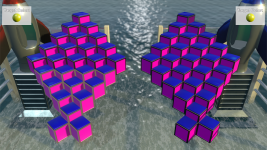 Launchpad Leap: In this game, you must activate all of the buttons on a grid by jumping on them in order to power up your rocket ship. You must then make your way back to the rocket and blast off to complete the level. Like Asteroid Miner, two player co-op as well as versus modes are planned.

Untitled Maze Game: This game is still in the planning phases, but will be a maze game like so many of the popular titles in the early 80s. Most of the gameplay elements have been decided, but I'm going to wait until I have a story and theme to go with them before giving any more information.


Open Wheel Racing and Asteroid Miner are already complete and available in the early access build on the website. Launchpad Leap is currently in development and I'll be posting frequent updates as the game progresses.

Thanks for voting and helping Imperial Nostalgia on it's quest to become the 2021 Indie of the Year. You are now in with a chance to score some free games. Help this game secure more votes by embedding the widget (or link) we have included below on your favorite sites.

It's been a while since the last update, but things have been going on behind the scenes that it didn't make sense to show right away. Some of the characters for Launchpad Leap are going to be furry, so I needed to create a fur shader. After doing so, I decided to flesh it out a bit and put it on the Unity Asset store to help raise funds to finish the page. Links to the asset store page and the web demo are below.
Keep reading the article to see how it will be used in the game. 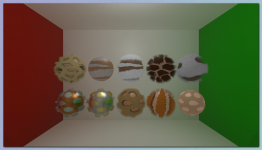 Unity 5 and it's PBR shaders are so new that none of the fur shaders currently on the asset store take advantage of it. In my fur shader, I've fixed that. The fur can now us full PBR materials to create a more realistic look that more predictably blends in with the lighting of any given scene. 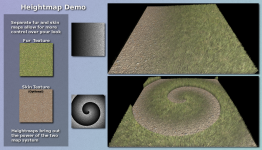 I wanted my characters to have styled fur, so it was really important to me to have a fur shader that would allow a separate material for the skin and allow me to use a height map to define the fur length. Once I start modeling the characters, I should be able to give them each a unique look with a minimal amount of changes to the base mesh. In addition to allowing me to create the fur equivalent of a hair style for the characters, I can also create more seamless transitions from the non-fur areas to the fur areas. 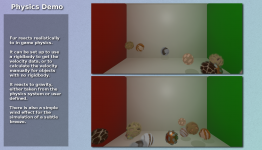 It was also important to me that the fur reacted when the characters are jumping. The game is called Launchpad Leap, so clearly the characters are going to do a lot of jumping around. Having fur that can react to that will add greatly to the illusion.

There has been more behind the scene work done as well. Currently, I'm working on an entirely new input system for the game, which is taking up quite a bit of the development time. In the end, I think it will make it a much stronger game. It will allow for in game remapping of the controls and switching of which player is using which controller. Getting it done will take at least a week or so more, and then more time on top of that to get it fully integrated into the game. But I think it will be worth it.

In the meantime, I'll leave you with the latest screenshot of the game's progress that I made before switching focus to the input system.

There will be four unique play areas to choose from. Two water based, and two land based. You'll notice an additional base plate added to the launchpad tower. Each play area will have a separate design for its base plate to help the launchpad fit in better with its surroundings.

The third game in the four pack is under construction. The post introduces the game and shows the first screenshots.

Unity 5 was recently released, bringing with it features previously only available to purchasers of the Pro version. Here are the initial results of the...

Asteroid Miner has reached feature complete status and has been added to the early access build. Open Wheel Racing has also been updated in the latest...

Most of the weapons and defenses have been coded into Asteroid Miner.