Holy Potatoes! We’re in Space?! is a whacky space exploration game where you manage your very own spaceship, craft hundreds of weapons, and explore the vastness of a veggie-filled universe.

Play as sisters Cassie and Fay as they scour dozens of planets in a dynamic universe for their beloved grandfather, Jiji! Follow them on their quest and experience an engaging and ever-changing storyline with a diverse cast of lovable, anthropomorphic vegetables, which include some familiar faces!

Holy Potatoes! We’re in Space?! features tactical, turn-based combat and a variety of weird and wacky weapons, each with special effects that can be used to turn the tide in battle! Ever wanted to maul your enemies with a horde of kittens? Don’t worry, we’ve got you covered. If you hated vegetables as a kid, this game is for you!

Manage your crew, time and resources to craft a spudload of weapons and create the ultimate juggernaut of mass destruction!

A charming, vegetabulous soundtrack of over 150 tracks by the talented Jeff “Pumodi” Brice will keep you entertained while blasting your foes to bits!

Re: [CONFIDENTIAL] Holy Potatoes! A Spy Story?! - An introduction

Welcome, Secret-agent Spudlings, to the newest, most highly classified Holy Potatoes! adventure... Holy Potatoes! A Spy Story?! uncover the truth behind an evil spy corporation using your intelligence, charm, stealth and strength to take on the toughest of enemies!

Play as potato twins Ren and Rexa, who set out on a journey to discover the truth behind their parents’ disappearance with the use of their spy skills. outwit and outsmart security personnel, bust through the sturdiest of doors, and hack some of the most complicated security systems!

Oversee the operations of your agency and train the best potato spies the world has to offer! 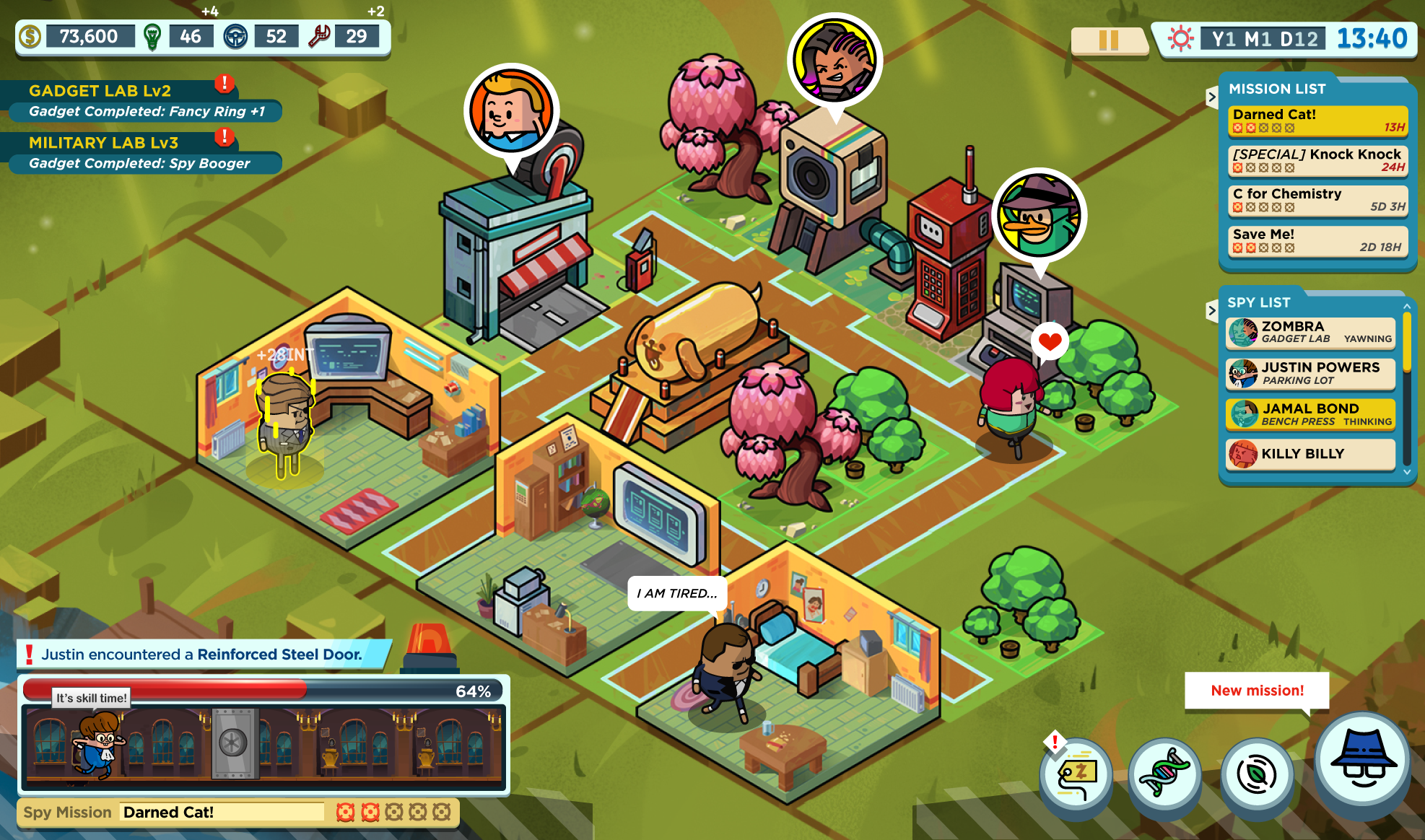 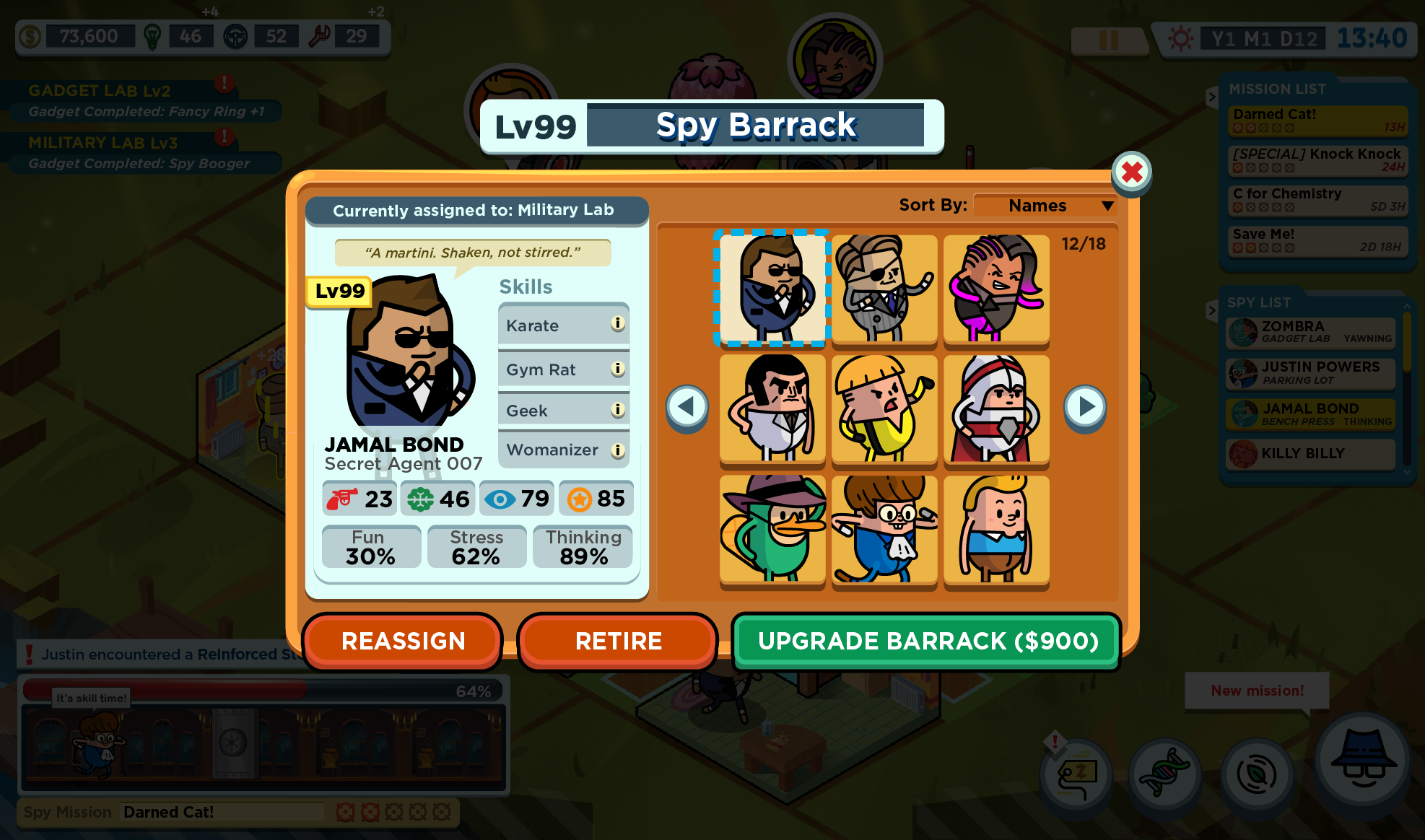 Put on your crazy scientist hat and conjure up Genetically Modified Spies through Genetic Splicing! 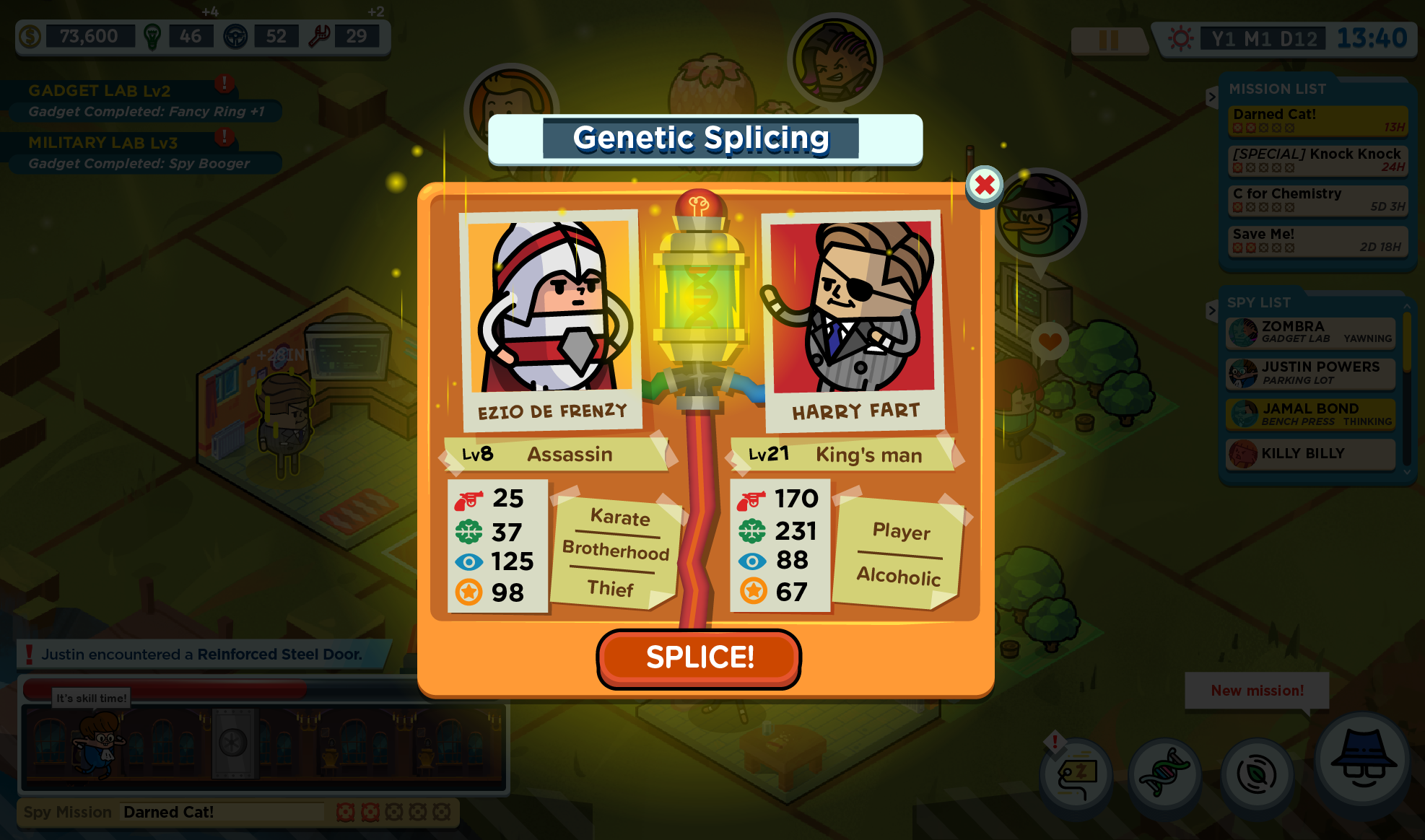 Send out your spies on the world's most classified missions, plan their routes, equip them with gadgets, and let them know whose spud-butt they are going to kick! 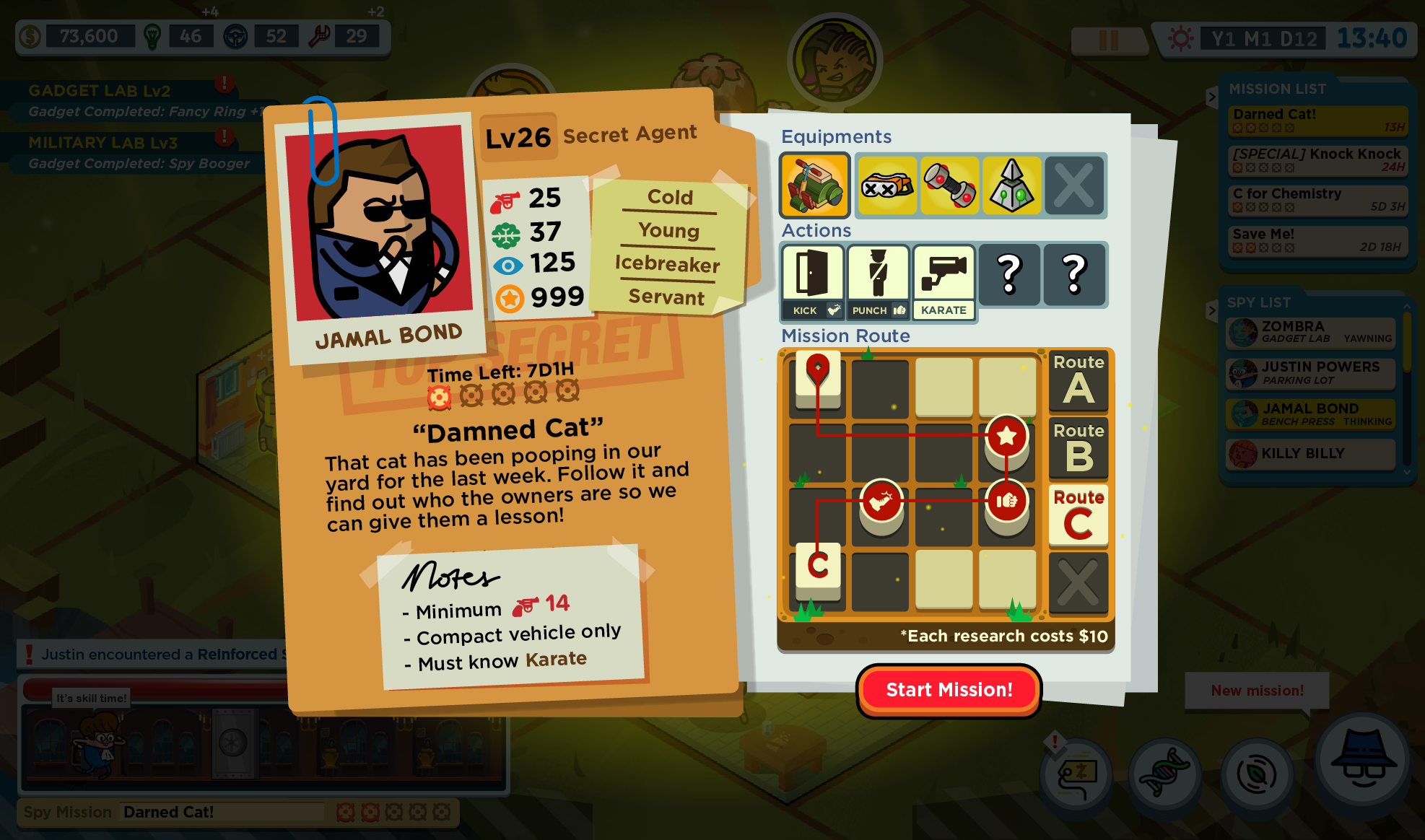 Craft spy gadgets such as clout glasses, spy boogers, and invisibility cloaks to ensure your secret-agents succeed on the field! 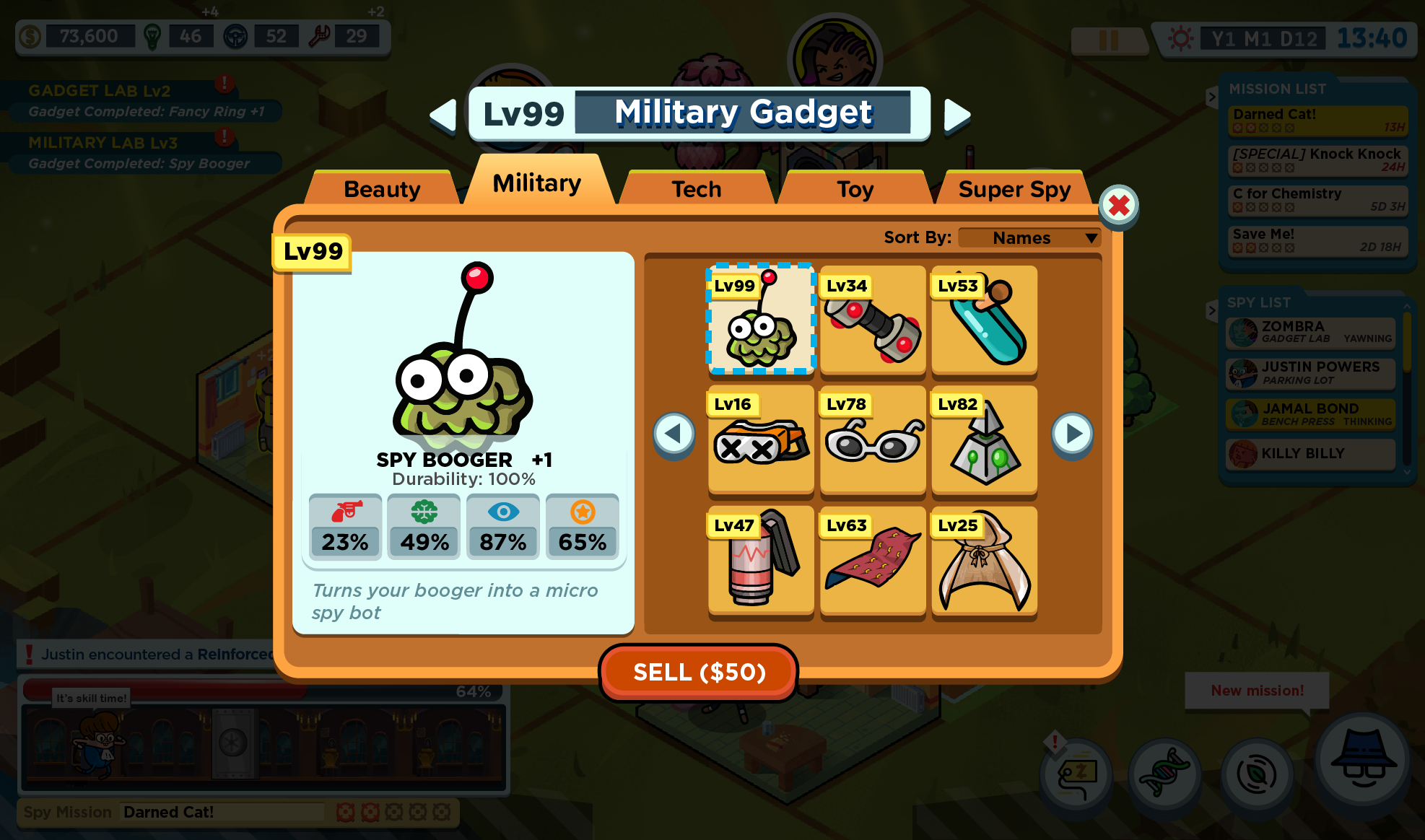 And that's it for a short introduction on the game!

Check us out on Steam and wishlist us today!