The game is very flexible: you can create a powerful empire and rule your vassals with an iron grip, or establish a humble fishermen's village. Or build an impressive temple complex. Or found a small, bur well-defended outpost. Or be a host of a wizard's manor.

All characters, from a hauler to a hero have their own minds and behavior patterns. If you like games like The Settlers of Pharaoh you know how pleasant and interesting it is to watch people scurry about.

- Build a medieval city;
- Play the game the way like it: experiment with sandbox settings or try to survive in harsh environment;
- Keep your people happy by providing them with necessary resources and services;
- Gather resources, produce goods and build industries;
- See reports and tune up your economy;
- Build an army and protect your city from monsters and invasions;
- Trade and conduct diplomacy with neighbor realms, or go to war with them;
- Achievements;
- English, German, Spanish, French, Russian and Polish localization.

There are two types of maps in the game: world map and local map. World map shows the locations of your city in relation to your opponents. There are also going to be special locations on the world map like ruins, lairs and such. Both types of maps are procedurally generated.

The game has a diplomacy system. Diplomacy allows you to trade with your buddies, conquer your rivals, protect your cities from invasions etc. AI opponents are not scripted and act much like everyone else — based on their own understanding of the situation.

Local map will not just be a place where you build your city and gather resources. There can be randomly generated encounters, such as: goblin camps, graveyards, wizard towers etc. Goblins may steal from you, launch an invasion or serve as mercenaries; raveyards may occasionally spawn skeletons; a single wizard may become a powerful ally or a menacing enemy. These are a few examples of how a local map can be enhanced.

You may not have all of the resources needed on your local map, which encourages you to find another way of getting them by trading with other cities, demanding tribute from your rivals, asking your allies for help etc.

One of the important parts of the game is building a prosperous medieval city.

Houses you build attract migrants and provide your citizens with a place to live. Almost every building needs a certain amount of workers, so you need to make sure you have enough houses and population to keep up with your growing economy.

You need to supply your people with food and luxuries. If all the needs of a house are satisfied it evolves to a more advanced house, which has higher capacity, pays higher taxes, but needs even more resources to evolve further.

There are 8 types of food (apples, turnips, fish, honey, eggs, cheese, wurst and bread) each having its own nutrition value, 4 types of alcohol (cider, beer, wine and mead) and 4 types of luxury resources (furniture, boots, clothes, and pillows). Yes, pillows is a luxury resource.

Most advanced houses may also require certain appeal value for the area they are built in. While parks, statues and fountains increase the appeal, production buildings decrease it greatly. No one wants to live near a sawmill or a pigstry.

The game has a lot of resource types and this number will only increase.

Most of the resources can be spent on different needs. For example, grain can be turned into flour, and then into bread (food), or you can feed it to chickens to get eggs (also food) and feathers. Feathers can then be turned into pillows (luxury) or arrows (military). Also grain is used in beer production (along with hops) and as a fodder for horses.

There are four cultures to choose from, each with unique industries and special traits.

The game has several types of units which you can build your army of. Military part of the game is strongly dependant on the economy: you will need a supply of iron, wood, leather, and other resources to equip your soldiers with weapons and armor.

You can research various improvements for industry, ecomony, military and diplomacy.

- New mega-building: University! It generates a bit of fame and increases lore output by 20%: 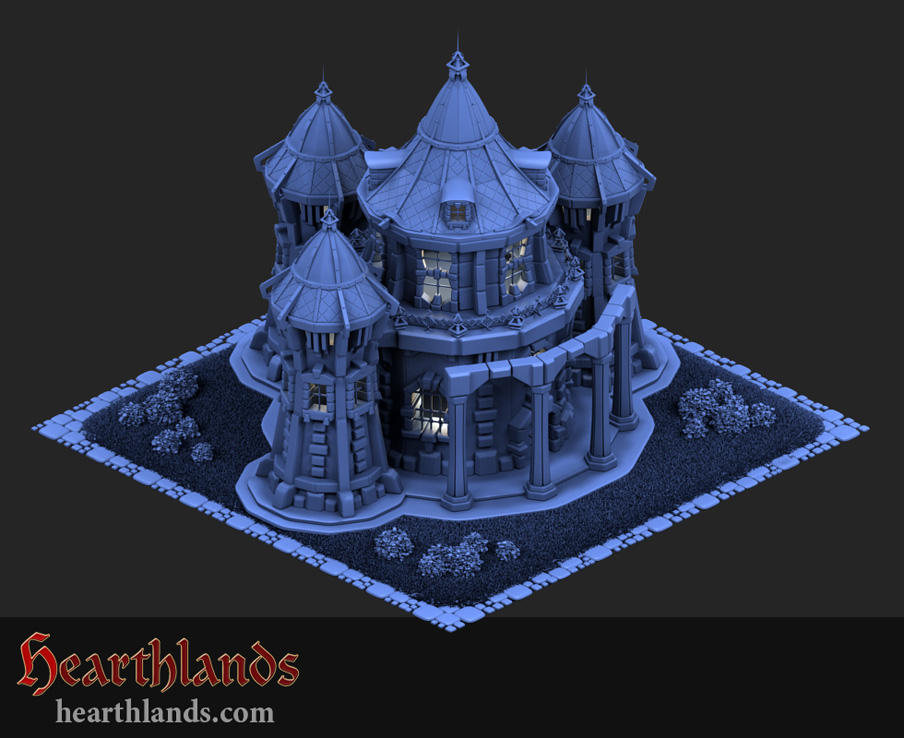 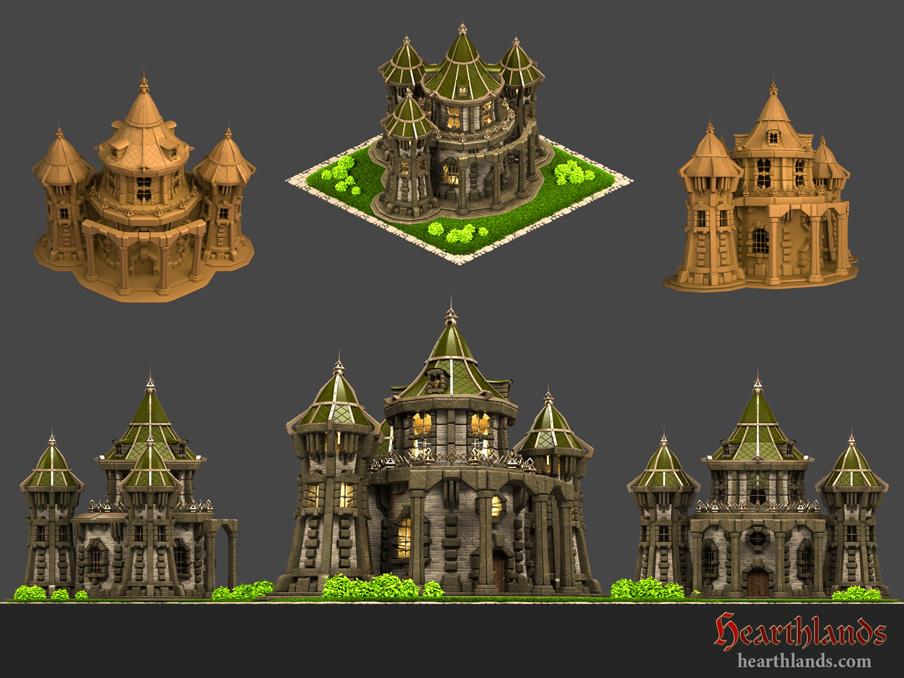 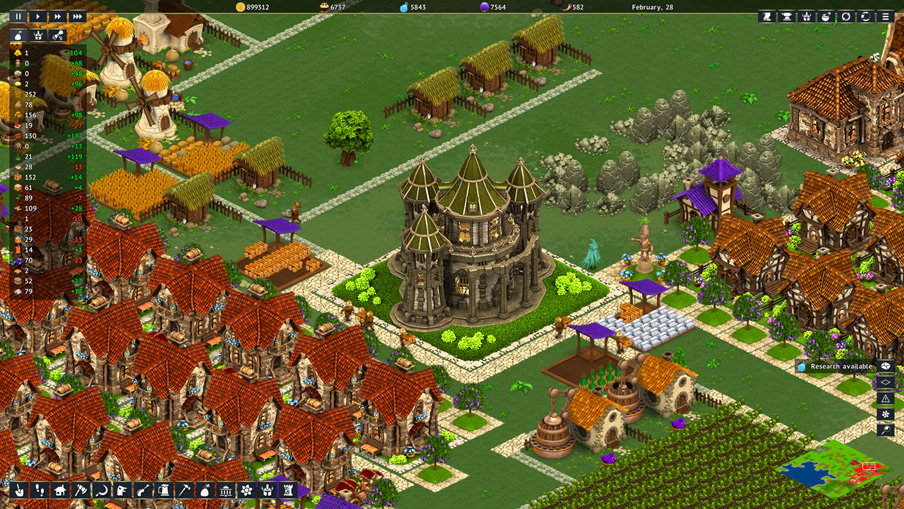 - A number of typos and translation errors fixed. 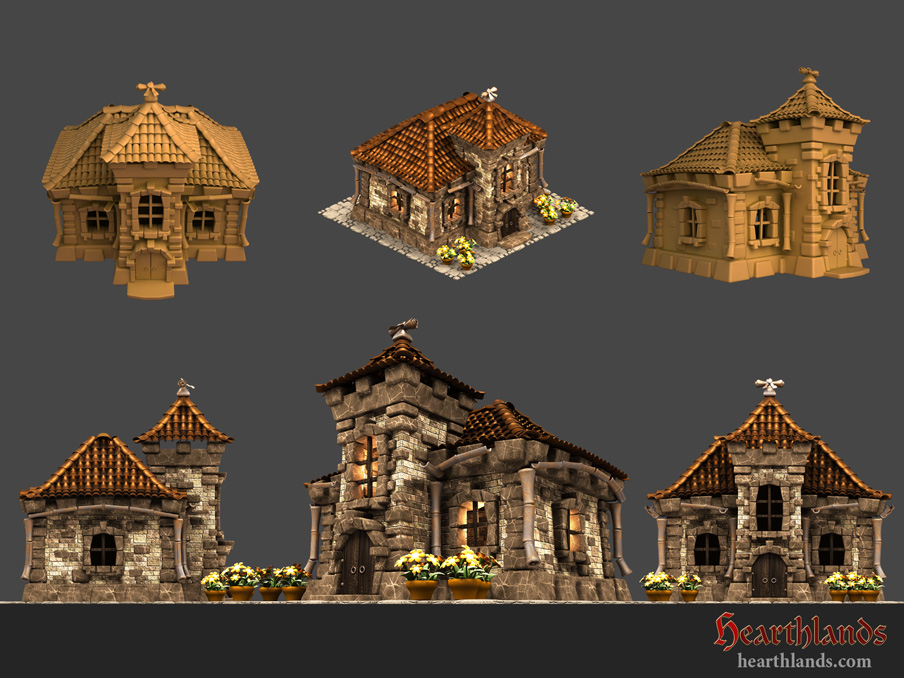 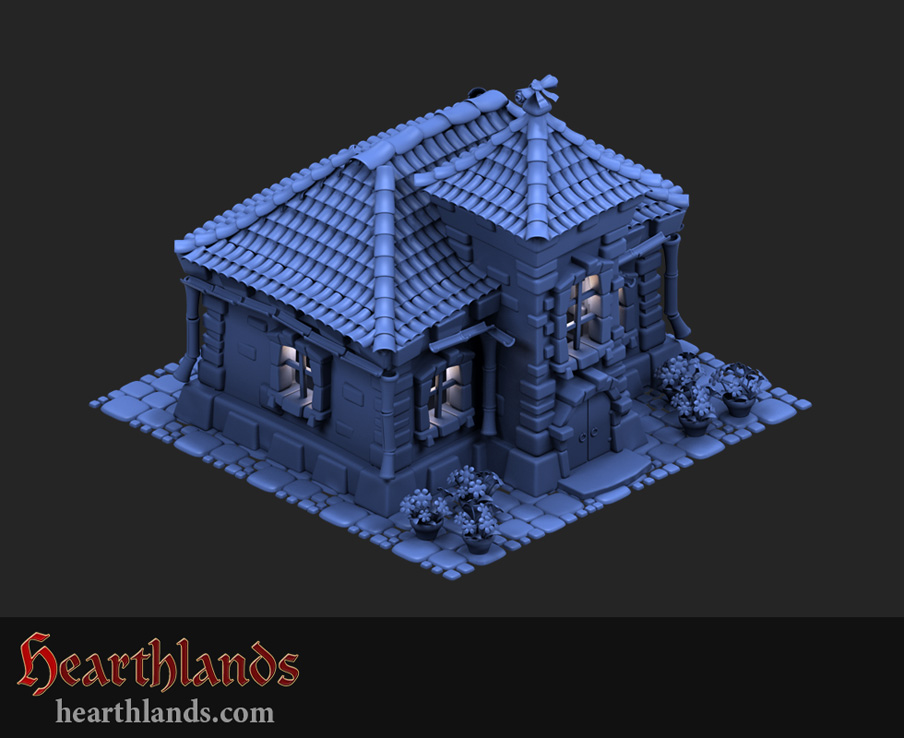 - A bug with multiple town halls and castles fixed.

- Sound effects volume is now gets lower the more zoomed out you are.

- You can now 'demolish' wild animals too.

- Other minor fixes and improvements.

- Most windows can now be closed with right mouse click.

German localization progress and a bunch of renders for one of the next updates.

How do you recruit hero in custom game?Can you give any details?

Thanks for the excelento work you have done, but please make your game friendly to mods, that will be awesome! And one more time, thanks for your work!

Wow ! New update.This is good news.I'll give you full 10 once i can.
Even if busy with other mods now i won't forget this game and have to make time to play it too
Nice work.Cannot wait to play

Hi,
i got this game since november last year, and i must say i haven't played alot since then. Because there was not enough content for my taste, recently i started playing this game though, and i absolutely love the progress, you guys have done a great job!

anyway, i was wondering if this game is going to be modable, so players can make their own mods for the game?

and where can i find guides, because i have been struggling with some things like making farms, you got like 4 months for apples to farm them. And it's a waste having more trees then you can farm in those months. So i need a perfect formula, and it whould be nice if i could inform other players about this, or they inform me trough guides and such!

sorry for my bad english.

Hi Jordy, thanks for the feedback!

The game shouldn't be too hard to mod and we're going to make it easier once there's demand.

Most exact data (like the number of trees for one woodcutter, the number of pigs for one pigstry) is in the tooltips when you select a building to build or on the building screen when you hover over '?' icon.

I have a few Hearthlands let's plays/tutorials on my youtube channel: Youtube.com

Hi
I just love this game and for an early release it sure is playable.

I like to ask if each of the cultures will get different looking buildings, resources , maybe even special specific buildings and such because i find this feature amazing.
Very few city building games have more than one civilization so you end up building the same looking things.

Then i suppose the game would also need a way to change the view of the map either by coordinates or free rotation.

Are you also planning on adding female leaders too because that would be great as well ?
And last but not least i think the game would surely need a lot more resource types especially foods. I love the food production in this game and all city builders in general.

Can't wait for the next release. :D

That's would be great, but it is an awful lot of work without any actual gameplay changes. So, we'll be thinking about that somewhat closer to the release, or even after the initial release.

Female rulers is a great idea:)

Maybe only their houses and all their variations to be looking culture specific.

Just them. It would add a more immersive feel to the game imo and the work would be just graphic.

However i noticed that you plan to go towards the fantasy direction with magic , goblins and such. Great idea too.

In any case , be it what it may , the game is amazing and i love 2D graphics in general and at least please consider to make it moddable in the future.

The things that could be done for this game ! Just think about it :D

I just hope you didn't stop working on it.

We're thinking about different buildings for different cultures and more differences in general. Currently though we're mostly focused on finishing all the features we've planned)