It’s 2115. Something terrible has happened on board the research space station Wanderer, and the former space marine Max Carnage becomes an unwilling participant in these events. To survive, he will need to remember his military past.

Collect weapons, stock up on ammo and med kits, engage your wits and your tactical thinking. Because between you and the way off the station is a horde of rampaging enemies, who do not know the meaning of mercy or fear.

Thanks for voting and helping Hazardous Space on it's quest to become the 2022 Indie of the Year. You are now in with a chance to score some free games. Help this game secure more votes by embedding the widget (or link) we have included below on your favorite sites. 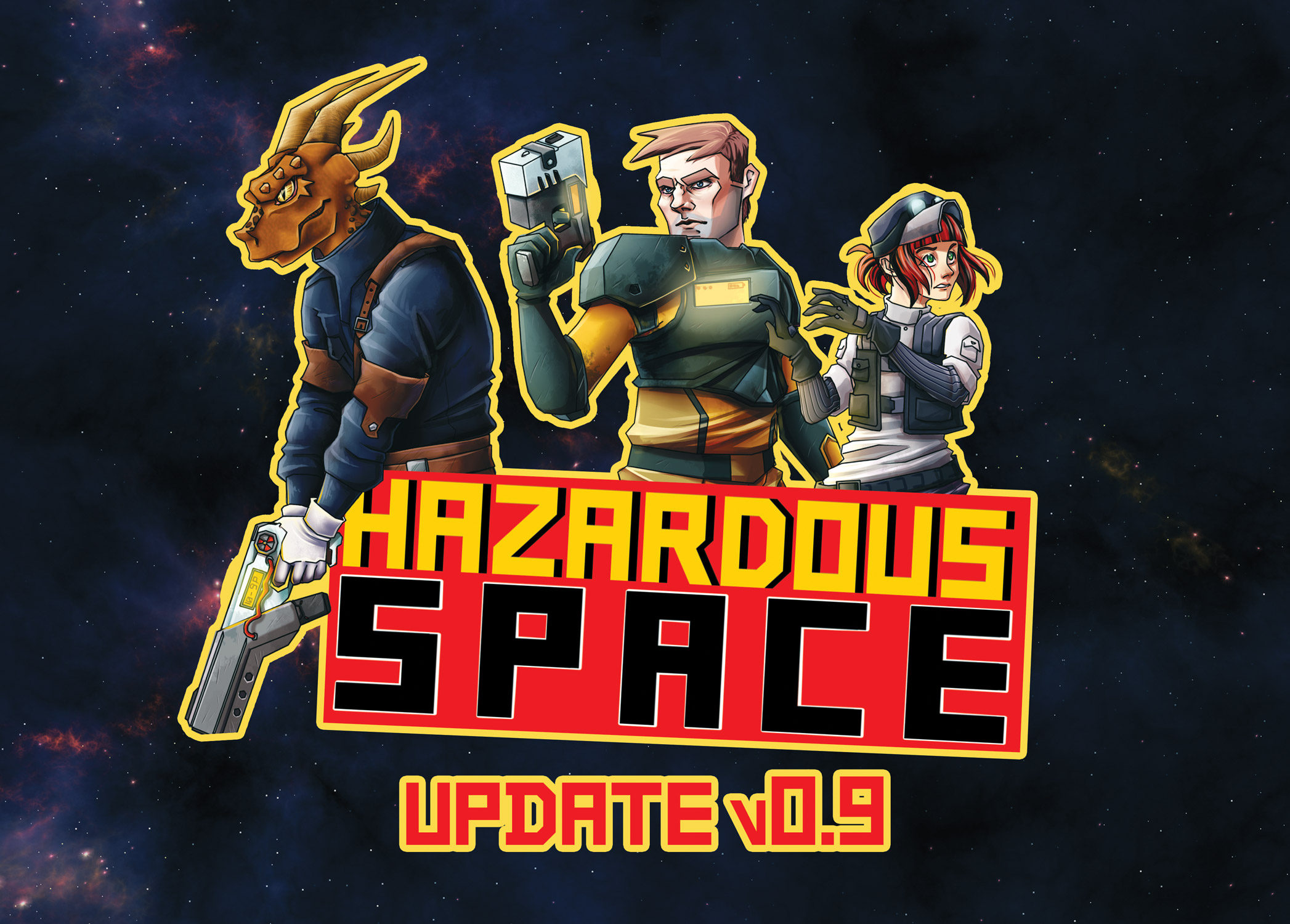 Hazardous Space ready for major update! Arm yourself with new elemental weapons, look for lore items that unlock access to new quests, and enjoy a much more spectacular animation. The solution to the "Wanderer" station secret is really close.

And congratulations to all Merry Christmas and Happy New Year! Thanks to holidays on Hazardous Space now a 20% discount!

Detailed description of all changes and updates:

Fixed:
- While clicking the teleport “up-down” transitions, if there were enemies in the middle room, camera went further, the character got stuck in the room with enemies, the controls freezed.
- "Powder Fanatic" и "Lazer Fanatic" could’ve been acquired through grenades usage.
- Long transition from the intro cinematic to location creation.
- Quests malfunctioning.
- Alcohol was perceived as food.
- Incorrect enemy taking damage indication.
- Freezing refusal character animation.
- "Strong Zombie" taking damage animation freezing.
- Enemy VFX remained after their death.
- Loot items unclickable in some situations.
- The “Paladin” autonomous system contained wrong description.
- Some main character weapon sprites had wrong order.
- If three enemies had been destroyed simultaneously, the main character moved to the room center not been animated.
- The room behind the airlock, that could not be accessed from the elevator shaft, was highlighted.
- Could use two handed “Power Strike” with 1 AP.
- "Power Strike" did not reset after all enemies in the room died.
- Character emotional state did not reset after refuse animation.
- "Fiery fistblade" - the fire VFX applied to the enemy even if the debuff itself didn’t.
- “Bouncer” perk malfunction.
- While in elevator room, not having the elevator panel activated, both weapon and floor selection activated on digit key press.
- Wrong perk acquisition progress indication.
- Critical failure on mouse selecting some of the enemies.
- Craft machine tutorial window not closing and freezing the game.
- Enemy sounds.
- Enemy healing VFX position.
- Mine defusing panel popup produced some lag.
- Laser weapon shooting produced some lag.
- Memory leak in some scripts.
- Teleport went into background after the tutorial.
- Perk pic in inventory removed.
- Positions for grenade explosion VFX corrected.
- When frozen, the enemy did not miss, although he had to.
- “Ice” debuff handled accuracy the wrong way.
- While putting down the weapon after the fight, the character could be moved.
- Wrong "Rocket hammer" animation.
- Enemy “Medic” healing VFX replaced.
- No ability to escape by pressing the “Escape” button, if the character is on the right side of the room.
- Under certain circumstances, the enemy, after being killed, did not reproduce the death animation.
- Some enemies had no name localization.
- The final item was not displayed in the final item box of the crafting window - the window was empty, only the color of the frames changed.
- With a lack of details in the crafting window, another final item was shown.
- Progress overflow in the "Achievements" window
- A sharp change in the position of the start screen tooltip.
- Invalid start screen popup window localization.
- In elevator tutorial, the doors overlapped the main character.
- The character disappeared when calling the elevator panel.
- Invalid acquisition of the “Accumulator” perk.
- A critical error emerged after watching the final cinematic.
- The “Make” button was active even if not all of the items were in the craft machine.
- Not issuing the quests in the Lab.
- Invalid location creation text localization.
- Some items lacked their interaction sounds.
- The “Bug” and “Red hive” objects inflicted damage, even if they were used from distance, and the character acquired energy from them.
- When the character used the elevator to ascend, a yellow strip followed the elevator.
- Incorrect current language indication on first login.
- The player could enter the letters in the field of the number of items when disassembling things.
- Some quests were not displayed in the log.
- Incorrectly displayed crafting result in some of the recipes.
- “Energy gun” weapon parameters were not displayed.
- Description for some items got beyond the pop-up window borders.
- Hotbar could be dragged anywhere on the screen with the mouse.
- The sound of melee weapon waving was played during the animation of the skill activation.
- If the “Shield-gunner” monster was killed while under the energy shield effect - the shield VFX remained on screen forever.
- The walk animation stopped playing for a while if you clicked on the locked (red) door and immediately moved away from it.

ADDITIONALLY
- The obstacles did not spawn in the Laboratory in the 2nd chapter.
- The player could use teleport and inventory after death.
- Sometimes the teleport did not relocate you up, although it showed such a possibility.
- UI settings bug.
- “Looter” perk worked while crafting.
- Perks could be swapped during walkthrough.
- Fixed some item spawns.
- The controls got stuck after opening the quest log.
- During the battle, while moving to the next opponent with a simple pistol in hand, the pistol levitated in the air separately from the character.

It's our first devdairy and we wanna talk about how it sterted.

We are Coffee Cat Games — small indie studio. Hazardous Space is our the first game. And we want to tell about it.