With some BACKSTABBING and DEVIOUS SCHEMING sprinkled here and there?

Got you covered, Heroes! Press [ B ] to open your loot bag wide cause it's about to rain SHINY MAGICAL TRINKETS! 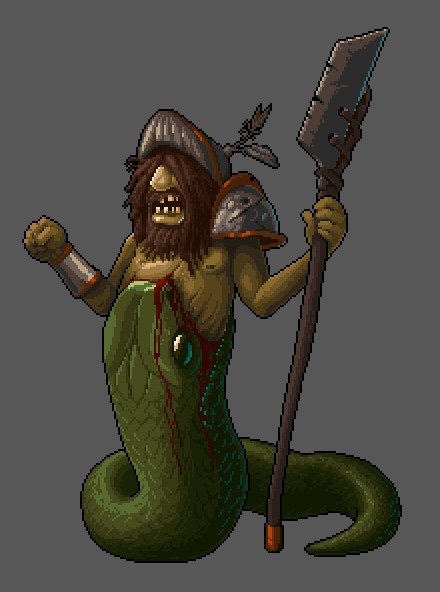 The world in which the game takes place was created one rainy evening. Thursday evening to be more precise. The Gods met together to play their favorite game in which they are sitting around the table rolling diсe and shouting at each other loudly. They had fun until one moment in the game resulted in a big quarrel. Everything that was carefully placed on the table happened to be roughly scattered around. Of course, the pleasent evening ended and everybody went their homes. In the heat of this sad fight nobody noticed one die fell off the table and rolled under the bed.

A tremendous cosmic rock crushed down and rolled heavily raising massive dust clouds around. Each facet roll caused the earth and sea that appeared at the very moment the stone hit the ground to morph anew. Every living was being transformed beyond recognition. But not only the present was changing. The past and the history of this place were morphing as well. When the rock finally came to a halt and dust was blown away the crush site turned to be in a settled world with inhabitants who lived here for many centuries. 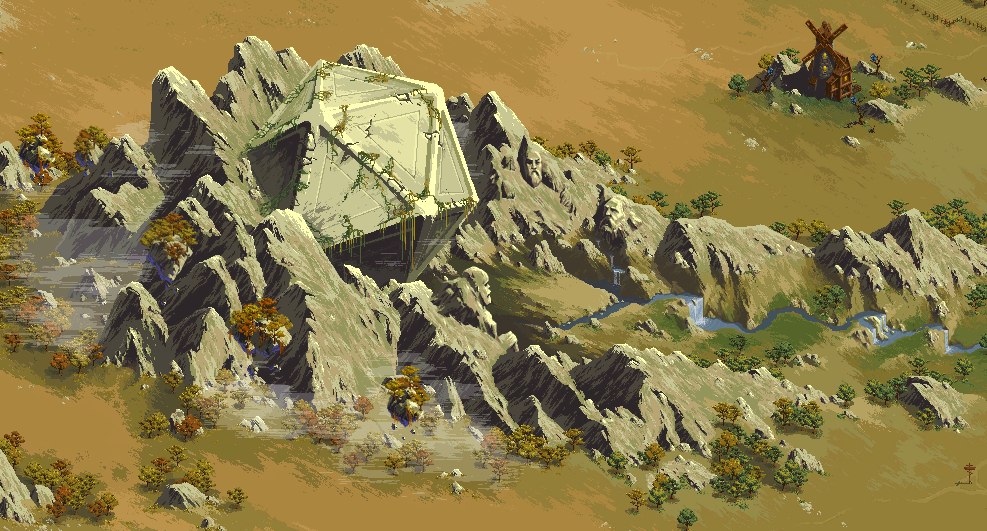 The Stone lies in the neighborhood of the Greedfort Harbor - a central continental port city. Because of it's situation (and baldness of local majors) this city become a tight knot of all more or less valuable golden threads of the continent. Benevolent Tongues- by far the biggest and most influential trading association has it's main residence here and is headed by the Greedfort major himself. Igneous Sigil Brotherhood (we will tell about these fanatics in following news) consolidated their presence here (like almost everywhere else however) as well. Although traders do not liked this neighborhood a little can be done - Sigil's power was already overwhelming. 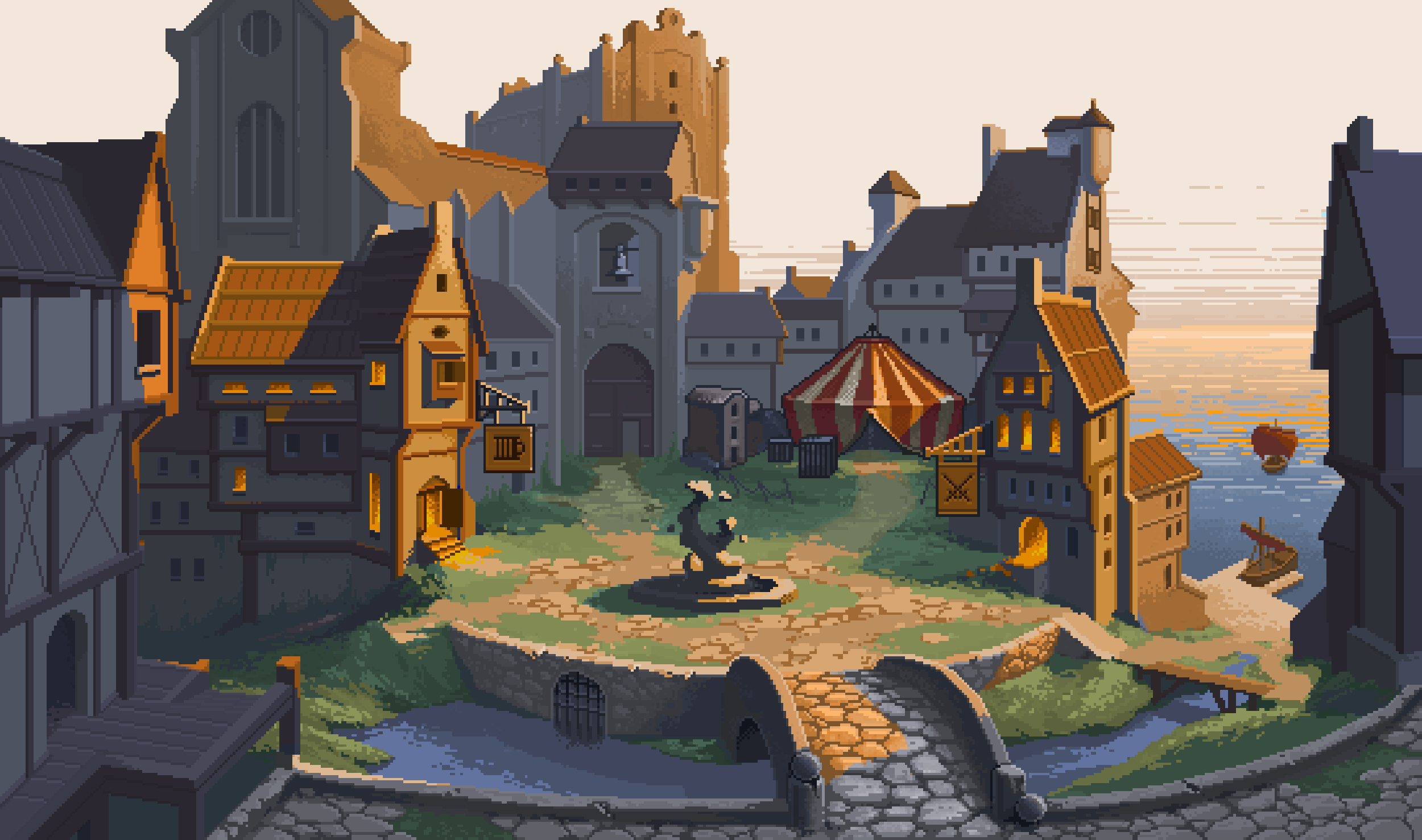 But not only hucksters and sectarians inhabit the Greedfort Harbor. Many tourists, idlers and even self-proclaimed scientists floking here for many years. Primarily to be ripped-off by enterprising locals but also to approach the Great Stone to try solve it's mysteries or just to demand wealth, power and other things that are distributing at shrines.

This is starting location of the game. Our heroic Uncle lives here in a nice little house on a seabank. 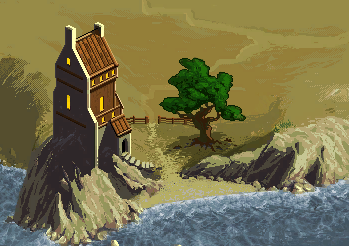 Those three giants seem to be there from the beginning of times. Which actually means they appeared at the very moment the Great Roll ended. They are just sitting there talking to each other in unkown language and disallow anyone to near the Stone. Thus no living (or semi-living) being ever actually touched the surface of the ancient rock. Though many have tried doing this even by air or digging tunnels. 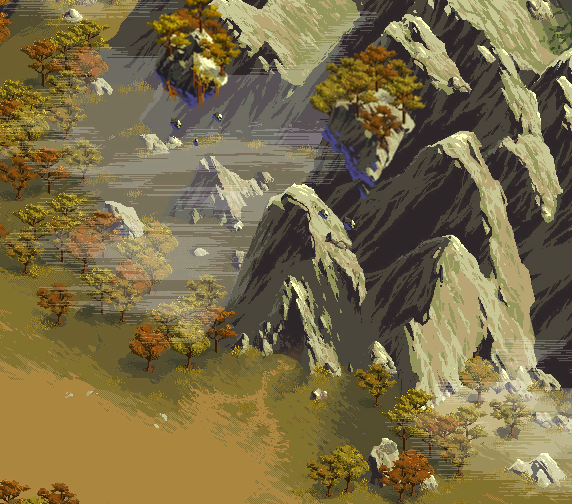 In the next part we will tell about the Fisherman town, the Old Mill and some other places. Stay tuned!