A 3D, multiplayer, aggressive sportwise game. A different proposal to online competitive gaming. Set in a dystopic world where the mere existence was threatened by a constant warfare status, a powerful detached organization raises, abolishing every warmongering action. To please the common people, they create a brutal sport where almost everything is allowed.

Thanks for voting and helping Grab the Win on it's quest to become the 2022 Indie of the Year. You are now in with a chance to score some free games. Help this game secure more votes by embedding the widget (or link) we have included below on your favorite sites.

I want to show you our first proyect. We are 7 at the studio and the game have 3 months of development :) 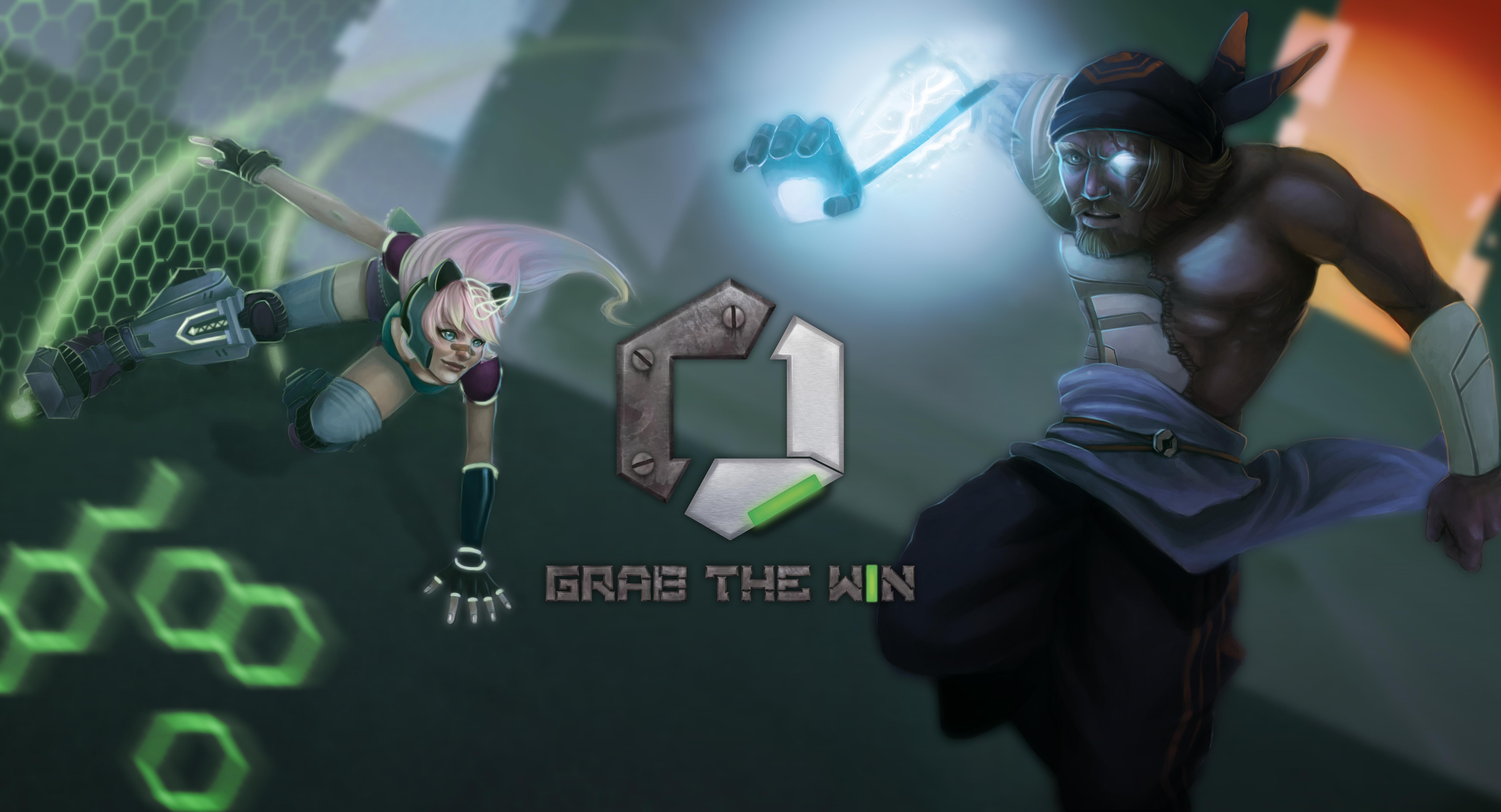 Set in a dystopic world where the mere existence was threatened by a constant warfare status, a powerful detached organization raises, abolishing every warmongering action. To please the common people, they create a brutal sport where almost everything is allowed.

At the moment we have 2 brawlers playables, the third one is in the animation stage and the fourth on the way!

From New Hefest. His original name is unknown, he adopted this nickname when arriving at Sheol. The reason for his desertion is based on his dissatisfaction with his origin, a place where he can not be content with his battle desires. The games have been a place to develop their violent facet and satisfy their desires. The mechanical parts implanted in his time in New Hefest make clear reference to efficiency while the mixed-metal implants parts, built, thanks to scrap metal, reinforces the image of his ruffian appearance. His special abilities are focus on the attack and the stunning of the opponent. 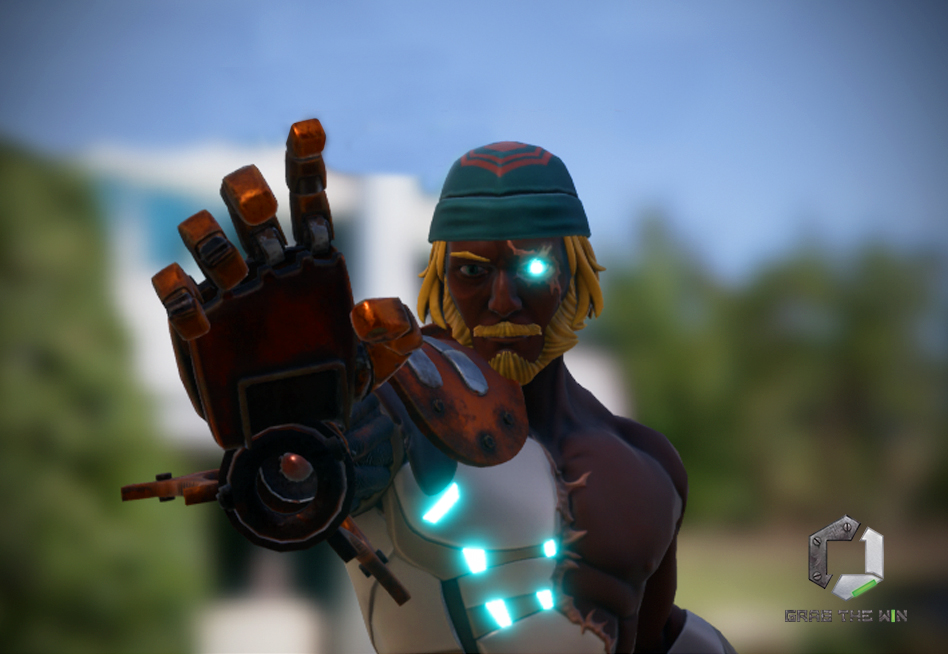 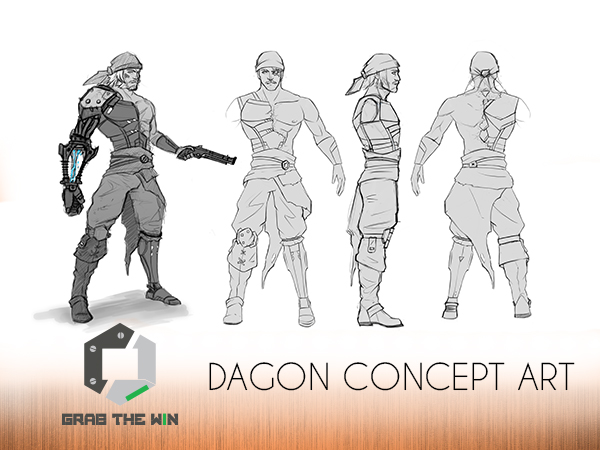 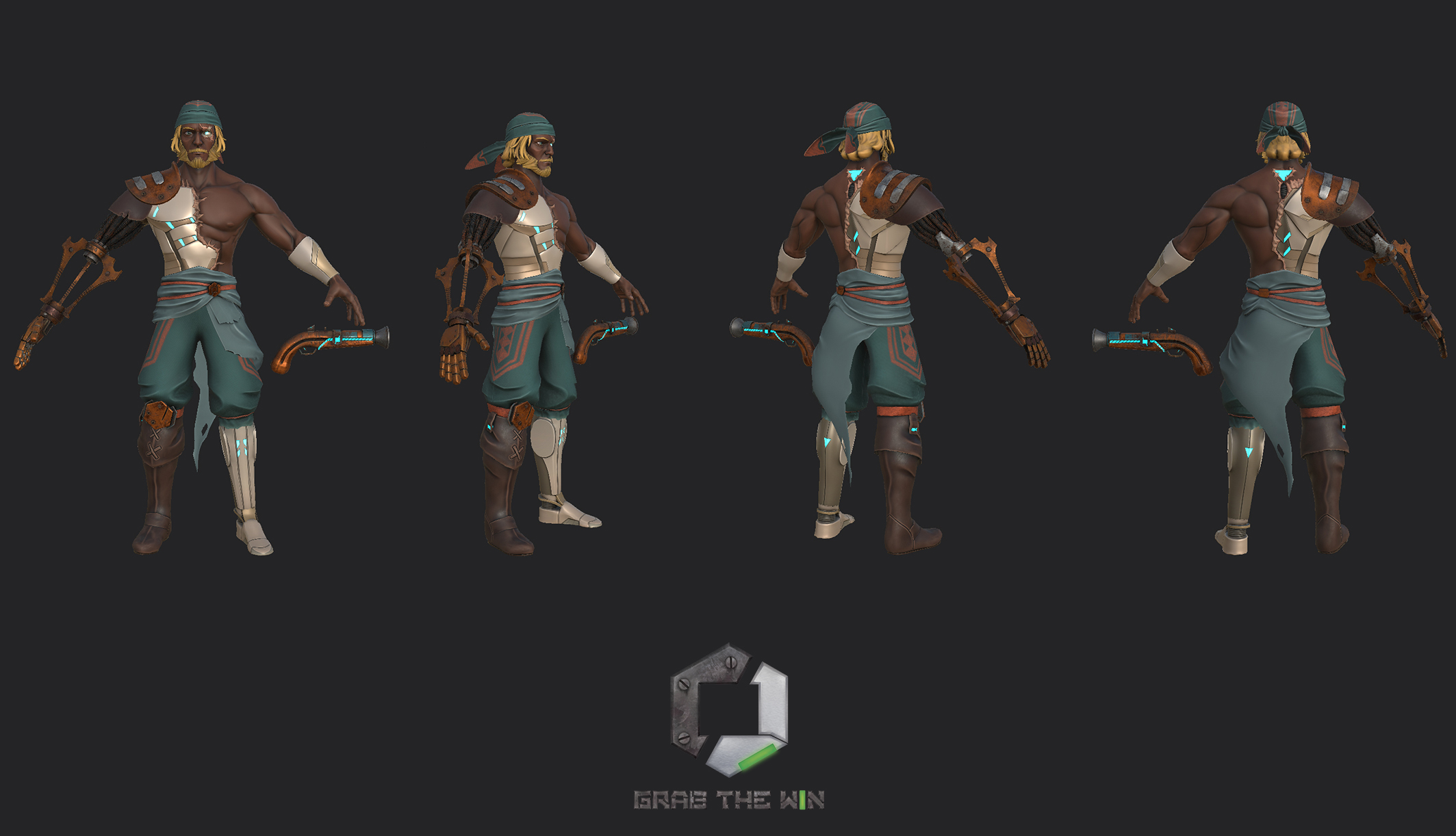 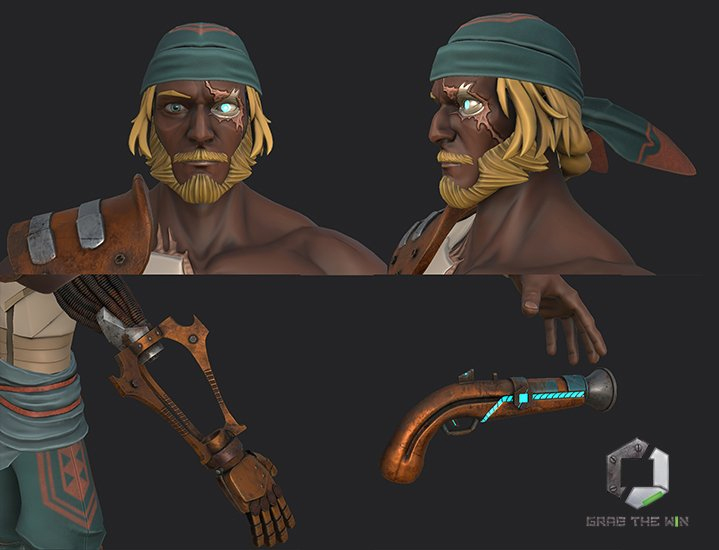 Also we have the icons for Dagon´s skills. Every brawler will have their own skills and you will have to choose one of them to use in each round. For Dagon it will be: Dodge this! - Directional pulse - Pathfinder. 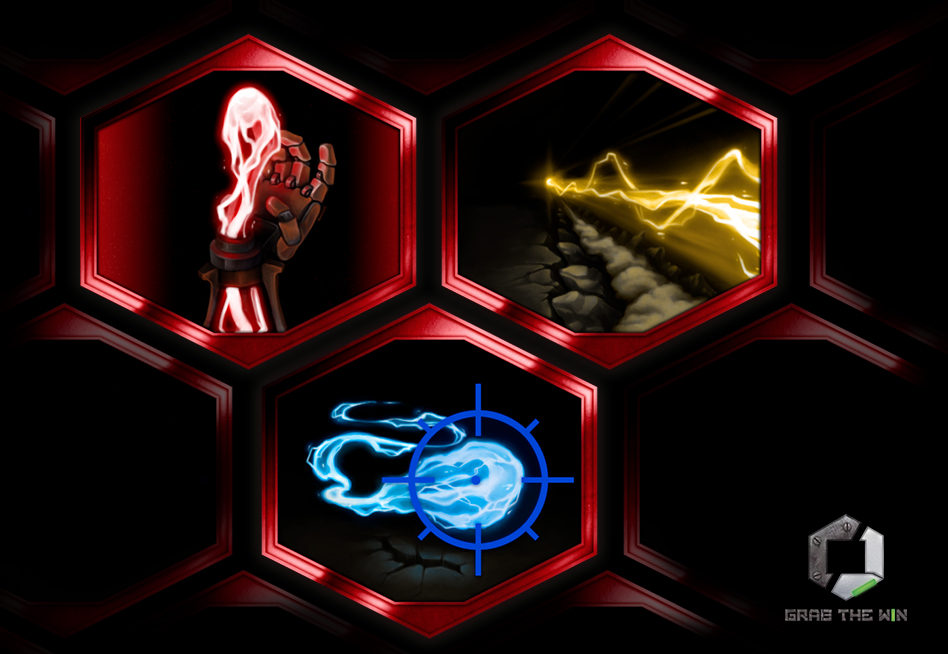 Born in Neo Zarim. She wanted to become an idol and to promote herself, so she enrolled in the games. Now she is the national idol! and games are her life. She faces her opponents thanks to his favorite gadget, her boots convertible into skates. Lita has helmets to listen to music that also use like a protective helmet. She also has a chip implanted in the right finger with she can shoot to stun her opponents.

Her speciality is agility / speed. 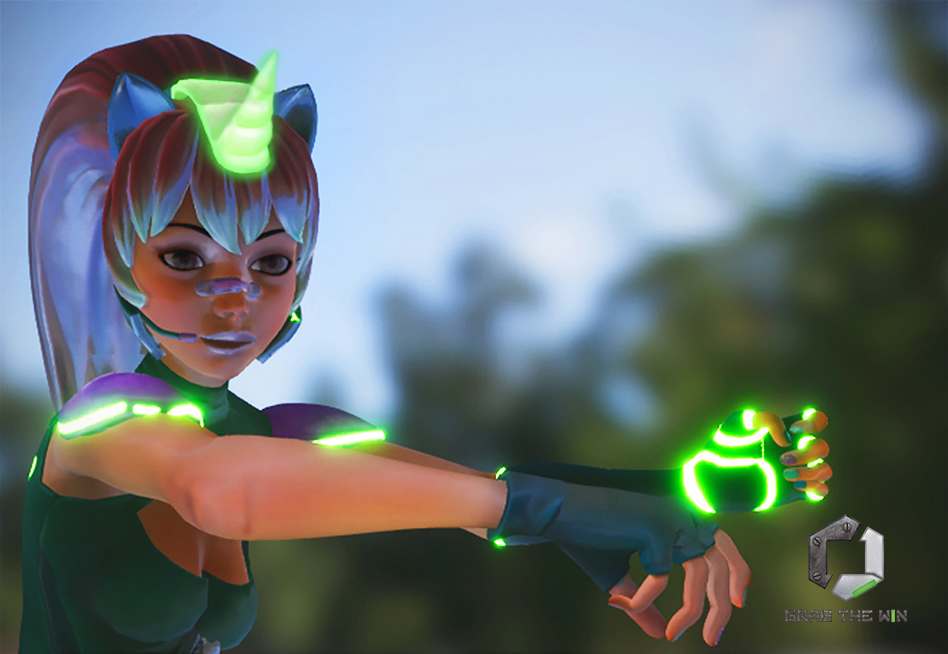 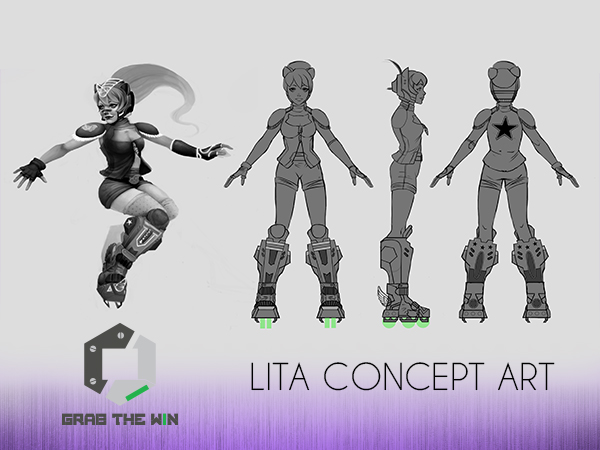 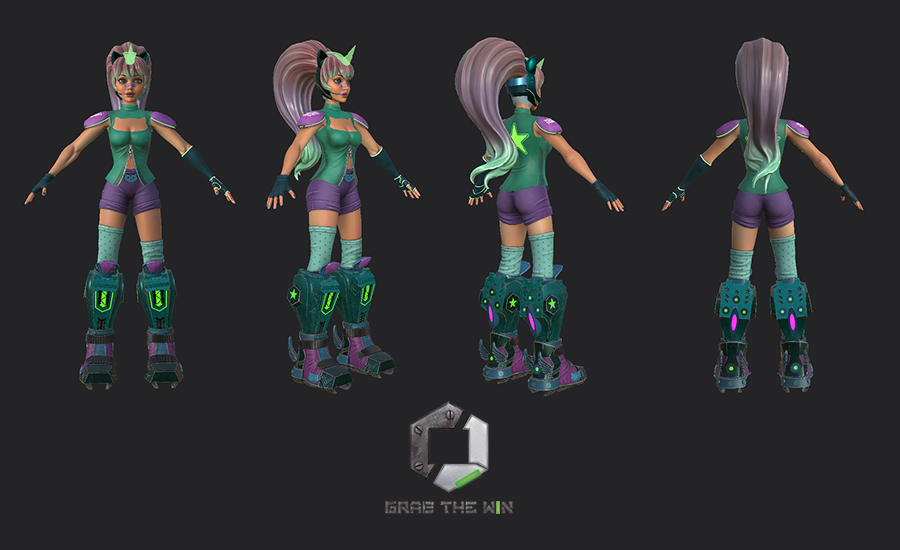 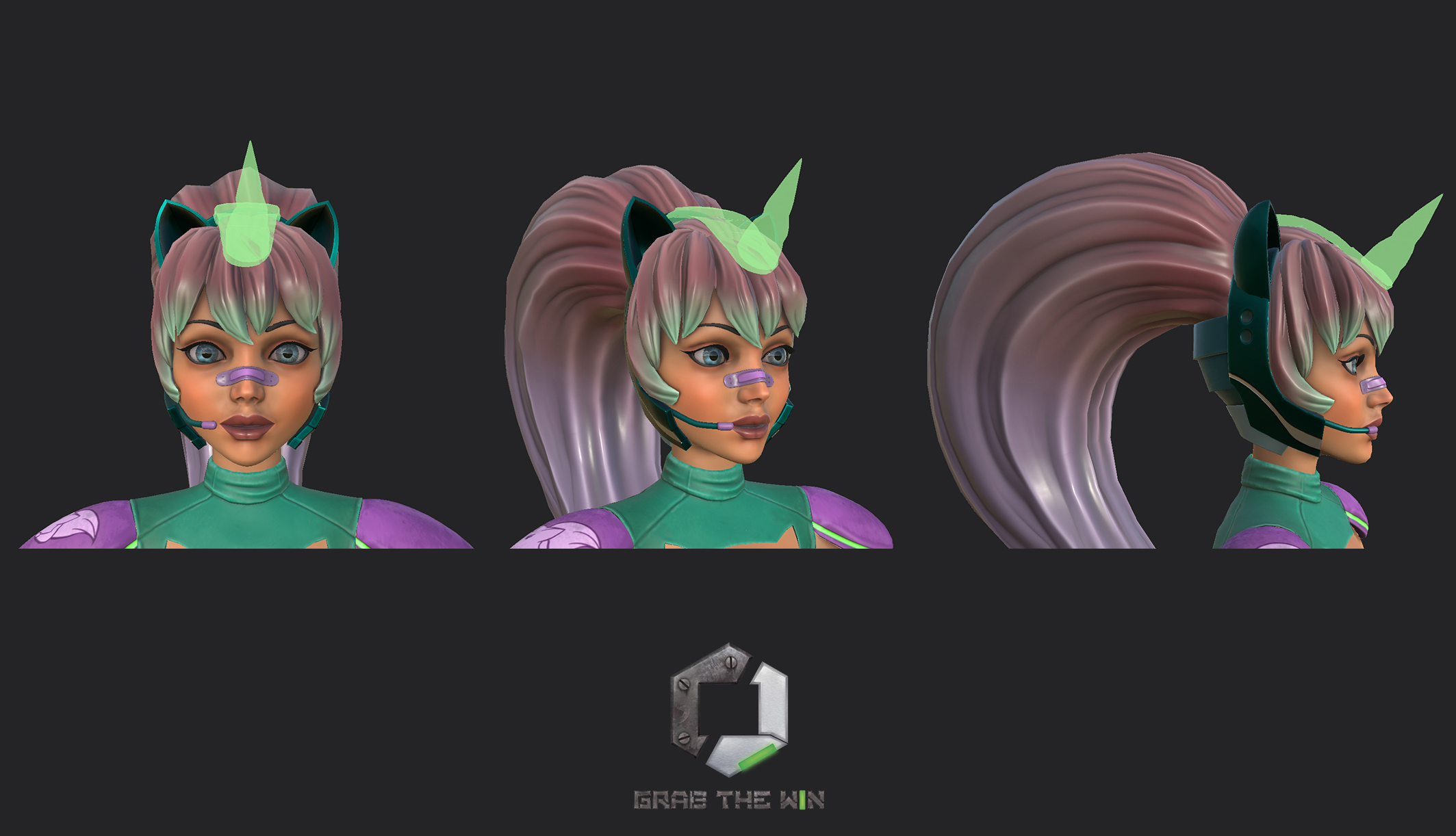 One of Kurgal's most intrepid climbers, she lost an arm while climbing the highest peak during a big blizzard She lost her grip and she fell. she was so damaged that they decided to amputate and get an implant. In the Arena she uses her beloved hooks that she improve in the multiple climbs. She earned the right to represent her nation on the games when she saved the village chief of a mortal fall with her hooks. 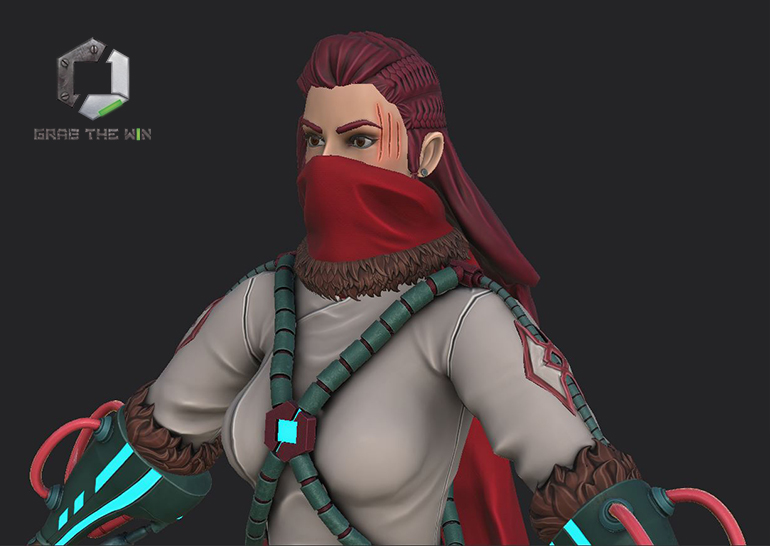 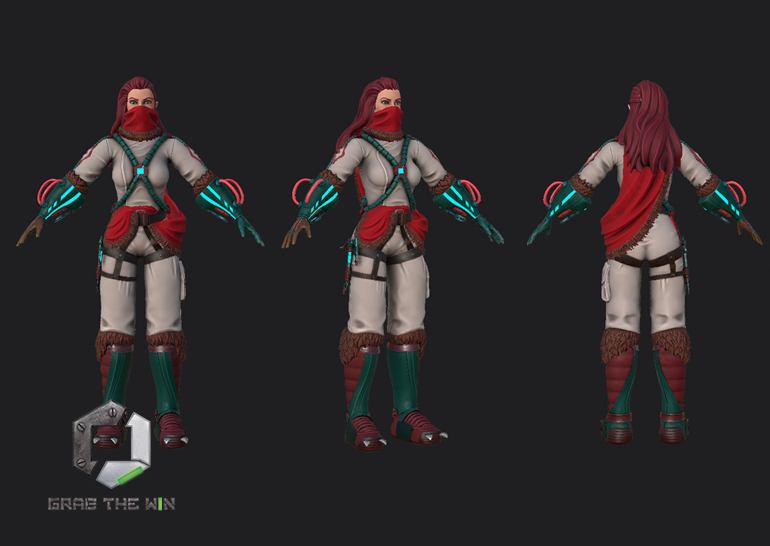 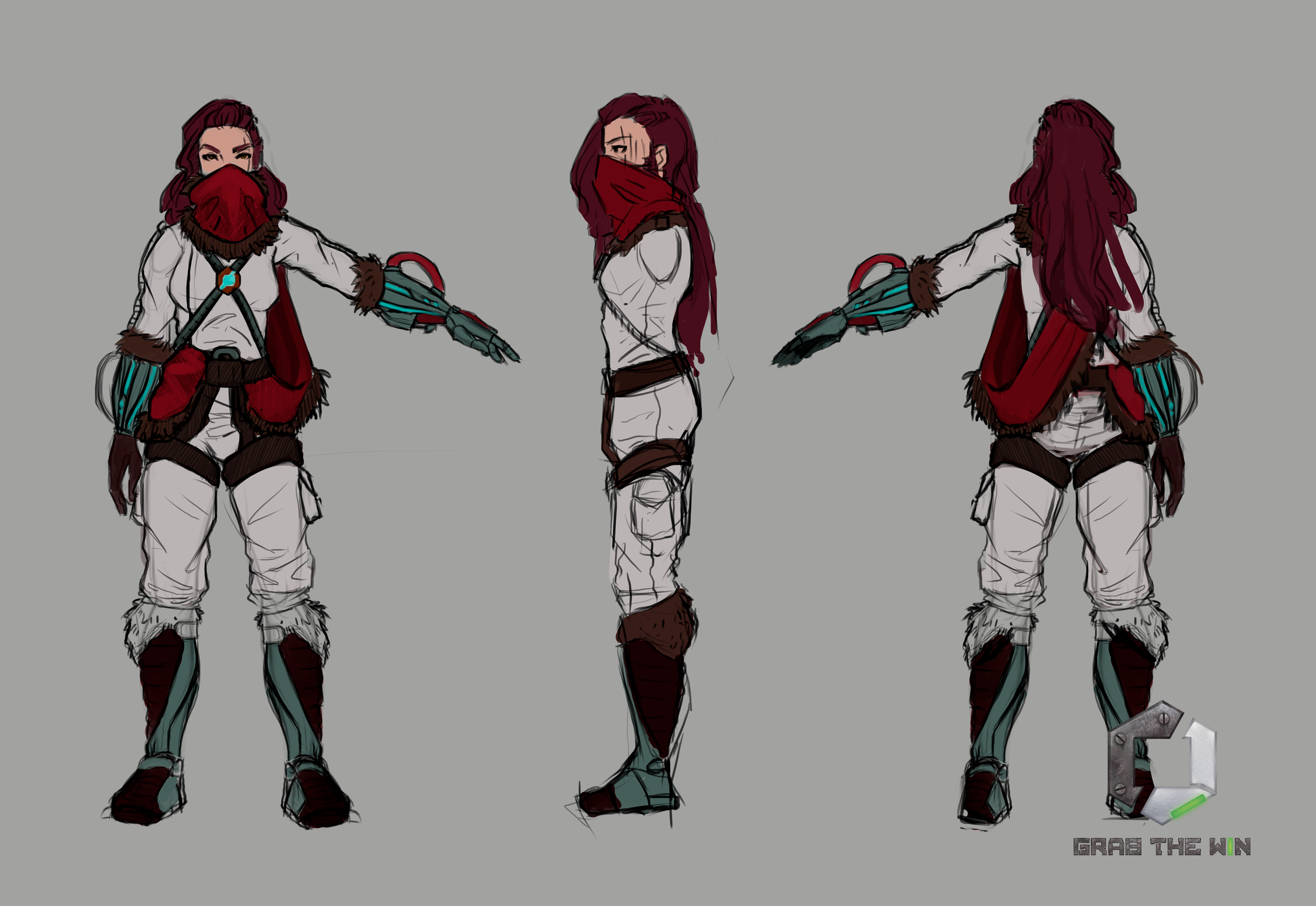 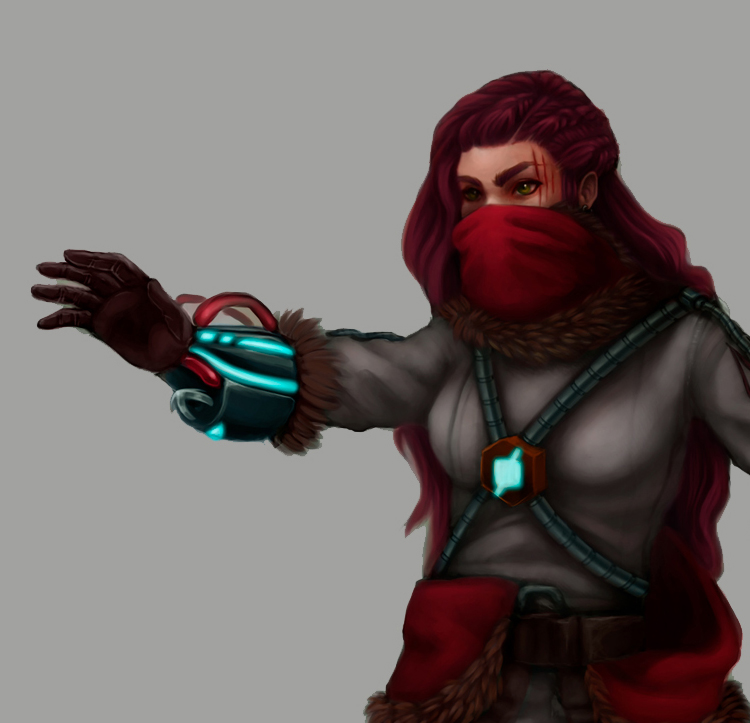 Here you have the sketches of the brawler number 4. A human who has chanched most of his body into gadgets and implants to improve himself. 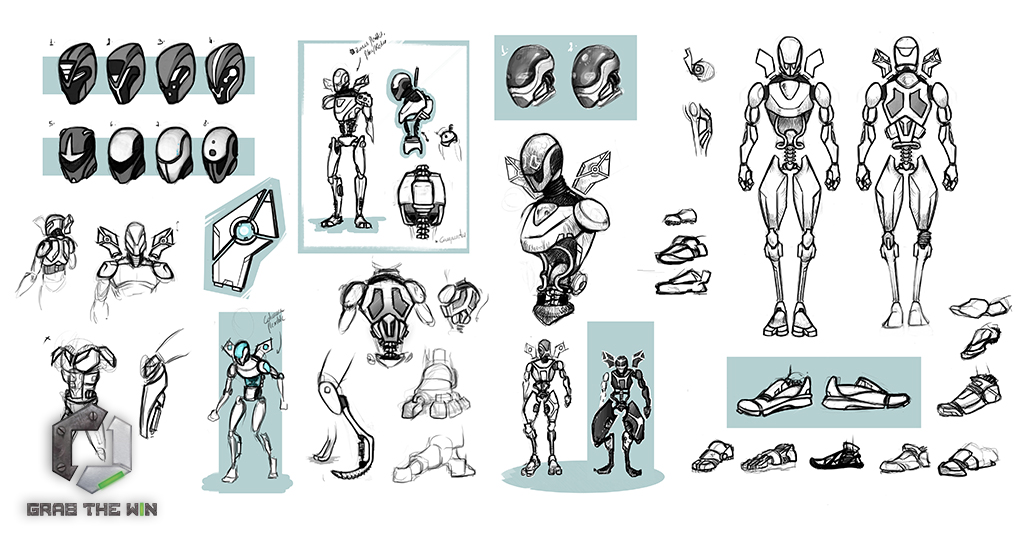 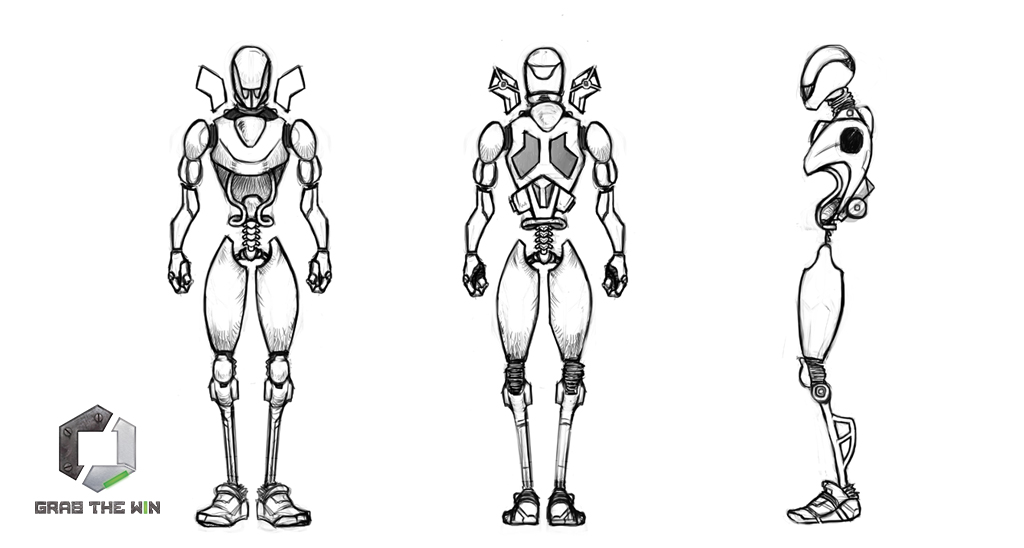 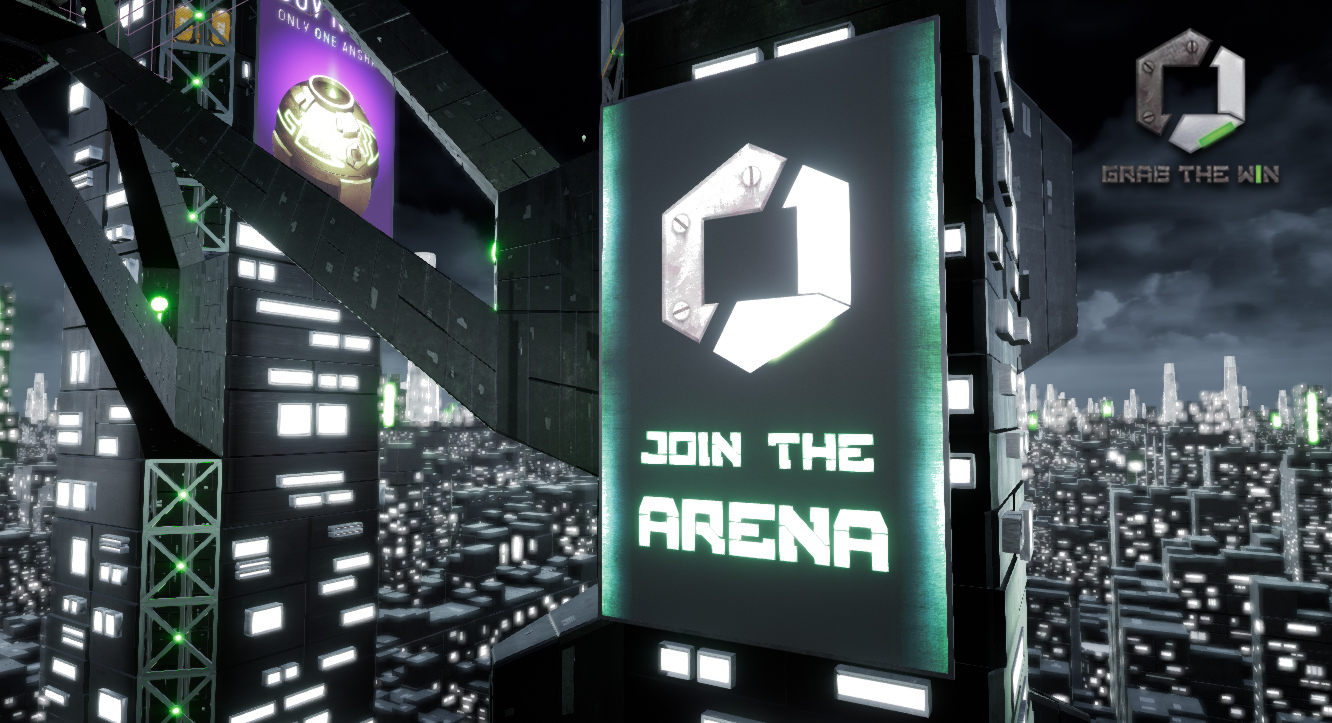 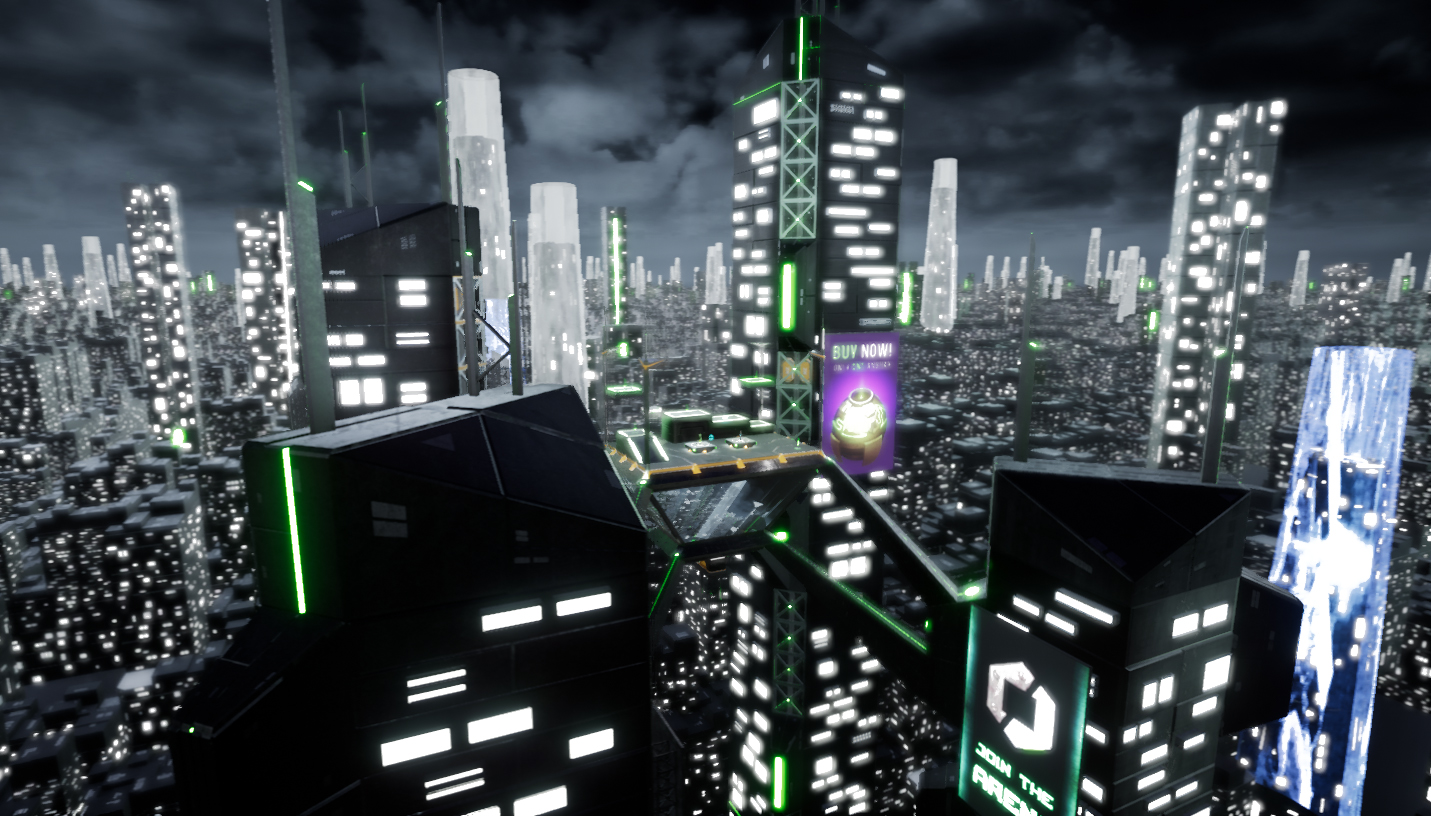 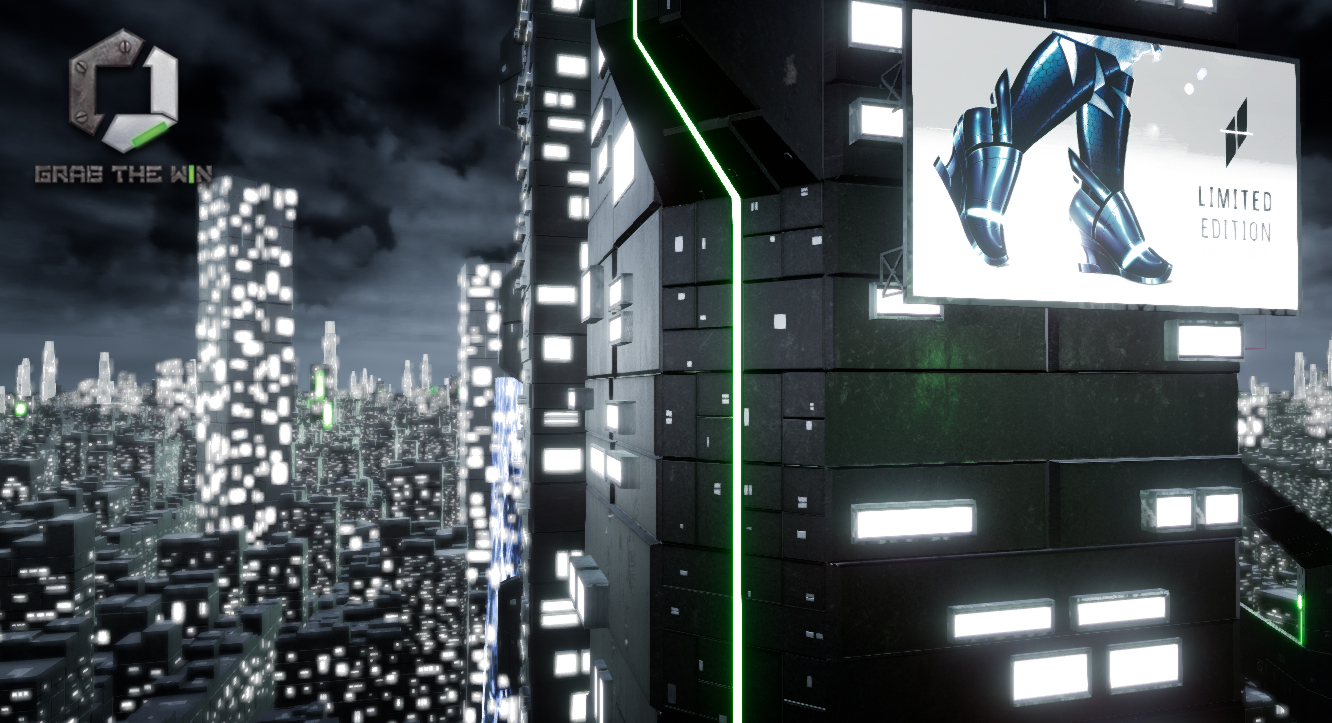 The players appears when a gate opens: You will have a few seconds to choose the skills that the brawlers will use in the game. At the start of the game, a holographic object (the activator) will spawn at a midpoint between the characters. The first who touch it will activate the chip and will be illuminated. This is the moment when the frenetic race begins, the one who take the control of the bases of the map (Depending on the stage, the number of bases will be modified). The player who has not managed to reach the hologram in the first place, will have to grab the other player to take the light, when he grab the othe player, he could acquire the bases for himself. Using the skills of the brawler and the objects of the stage will decide the victory! 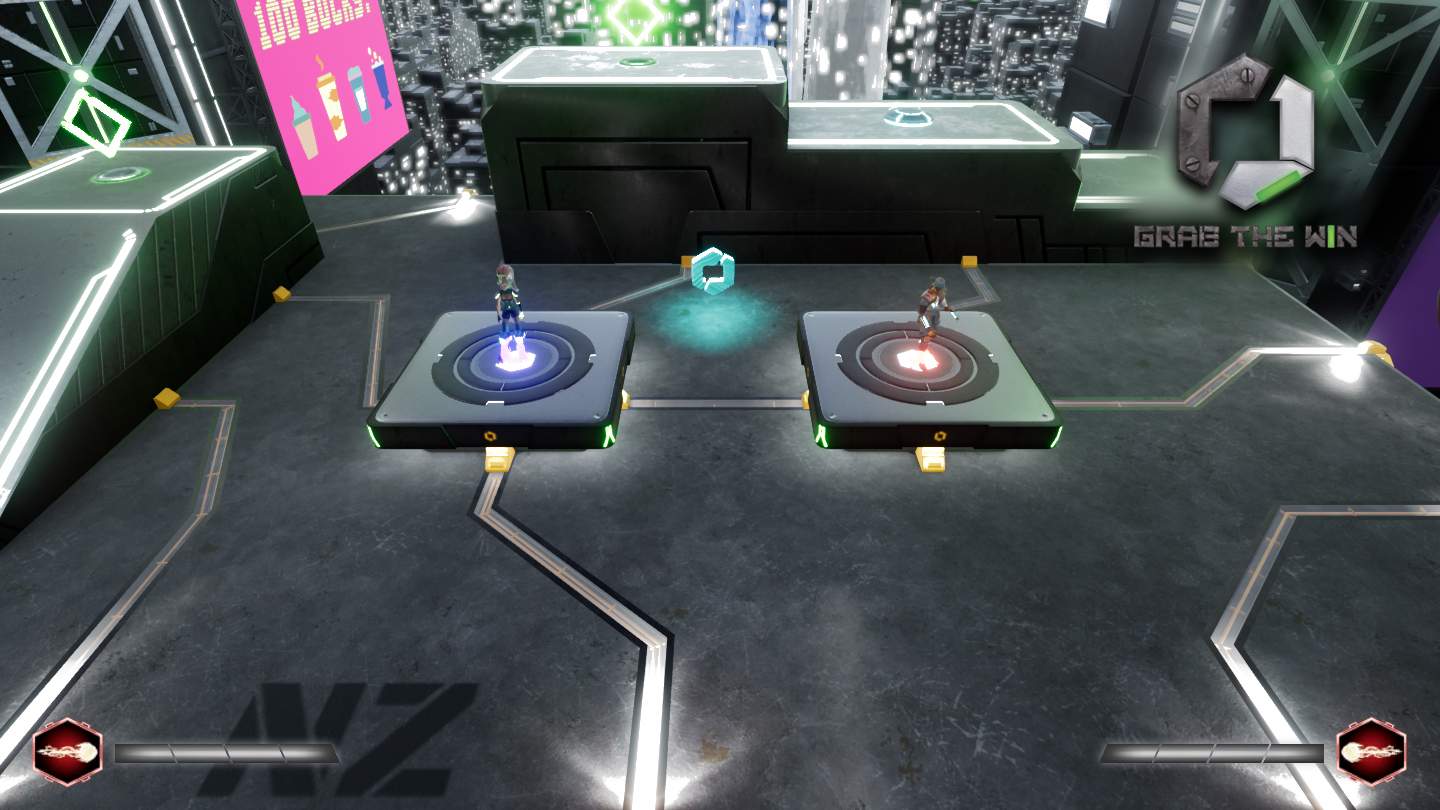 You will notice the item box some place in the arena. One of the items will ramdomly appear when a brawler touch the box. Here you have all the items: Armor - Missil - Deactivator - Power up

Right now we are working on the second stage, introducing skills options for each brawler, the objets that will appear on the stage on the gameplay and a lot of improvements.

If you want to know more about the videogame you can also follow/support us on:

Thanks! We estimate that next month (february) we will release the first trailer