Glitchhiker's fight for The Galaxy

Glitchhiker's fight for The Galaxy aims to be a fast-paced dubstep-glitched 2-4 local multiplayer capture the flag spaceship fighting game. For now only a small level is playable, but enough to showcase my idea for the full game: fast wars with music-synchronized gameplay modifications.

Hell yeah this was a busy week with a lot of news!!!!

First of all I want to let you know that I've teamed up with two amazing artists that will help me with the game's assets.Juan Novelletto from nastycloud is going to create all the in-game assets (ships, bases, etc.) and Juan Omykron is helping with the menus and eventually a game trailer.
I'm really happy to be working with both of them! They're amazing artists.Here you can see the first batch of assets, the spaceships! 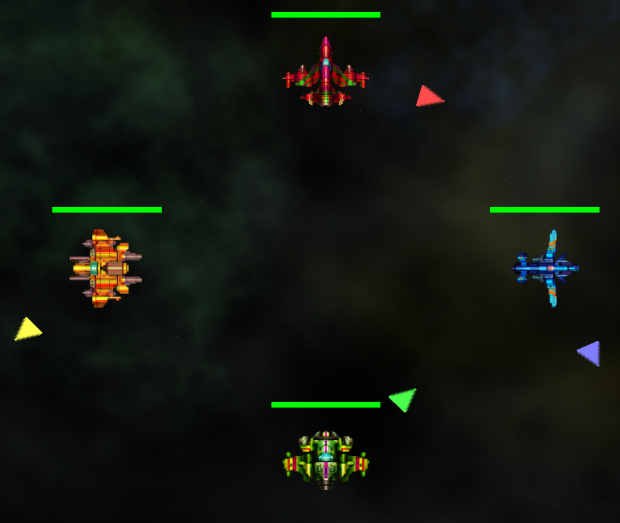 And two amazing speed paint of those assets!

On the programming side, I've done a lot of progress... I'm thinking about starting to write daily posts to make them smaller. I'll see if I can do it!This is a list of finished tasks:

Below you can see some screenshots for the weapons (click on the image for higher resolution). 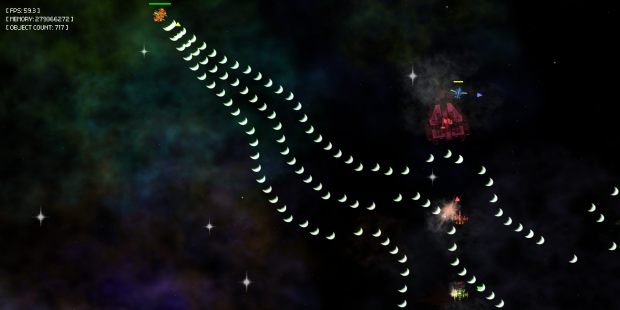 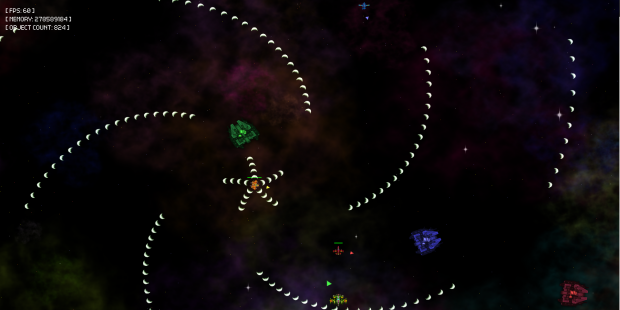 The Glitcher (neutralizes enemies for a couple of seconds)

There is the Double laser too, but It's similar to the single and triple, so I left it aside.

I hope you enjoyed this update!

This week was not great in terms of the amount of stuff done, but at least some a major game design problem was fixed and the prototype released for Windows...

Glitchhicker's fight for The Galaxy - Prototype 1 is available for Windows, Linux and Mac. Hope you'll enjoy the game and send me feedback!

How to play the prototype

In this article I explain how to play the first prototype for Glitchhicker's fight for The Galaxy.

First prototype of the game for MacOS X. Unzip and double click the application.

First prototype of the game for Linux 32bit. Unzip and run gfftg binary.

First prototype of the game for Linux 64bit. Unzip and run gfftg binary.

First prototype of the game for Windows. Unzip and run.

Indie
Twitter
Tags
Embed Buttons
Link to Glitchhiker's fight for The Galaxy by selecting a button and using the embed code provided more...