News about the features we are currently working on for the next updates of Fractal Space, our indie first person puzzle game on PC, Mac and Linux.

Hello Fractal Space players and followers! We have some news to share with you this month, about what we're currently working on. Join our Officiel Discord Channel to know more and play the game! 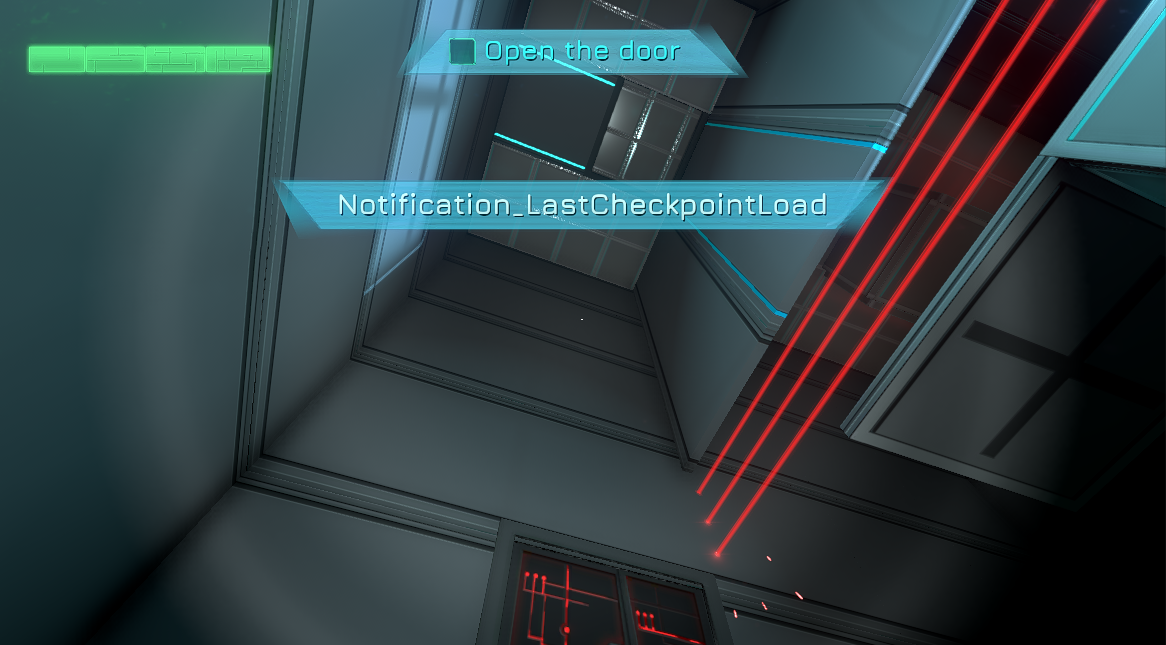 There has been no new updates on Steam the past 2 weeks. That's because we have started a new task that's still Work In Progress: reworking the entire game saving / loading system. It is a huge task, and it will still be the current priority for the next three weeks.

Since the latest Steam update, the game has reached a point in which Chapter 1, 2 and 3 are now stable; only a few bugs are present, and they are not game-breaking. This means that we could start working on Chapter 4... ? Yes, but we have one big issue we've been pushing back and that is... the current save system.

The current save system is very limited and requires a lot of additional level design work to function properly. It also does not allow to save specific elements that are required by the game's new features, like destroying cameras.

You may have noticed already that in some areas, there aren't many checkpoints. This is caused by the current save system; it would require a big amount of time to setup checkpoints in some specific parts of the level.

For example, in Chapter 3, you must remove 2 Power Cores in order to access the button to enable The Cube. You can potentially either remove Power Core A or Power Core B first: 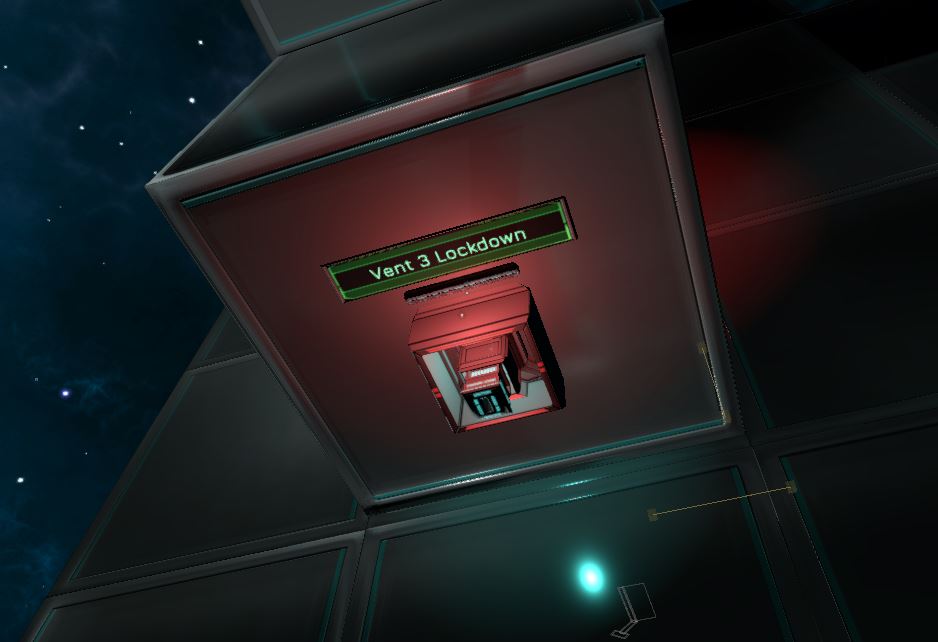 Currently, the game cannot save in between both actions and "remember" which one was removed first. This kind of limitation makes some gameplay situations impossible to create, but also becomes frustrating as when you die in these areas, you are forced to re-play the entire room, which can be long and repetitive... 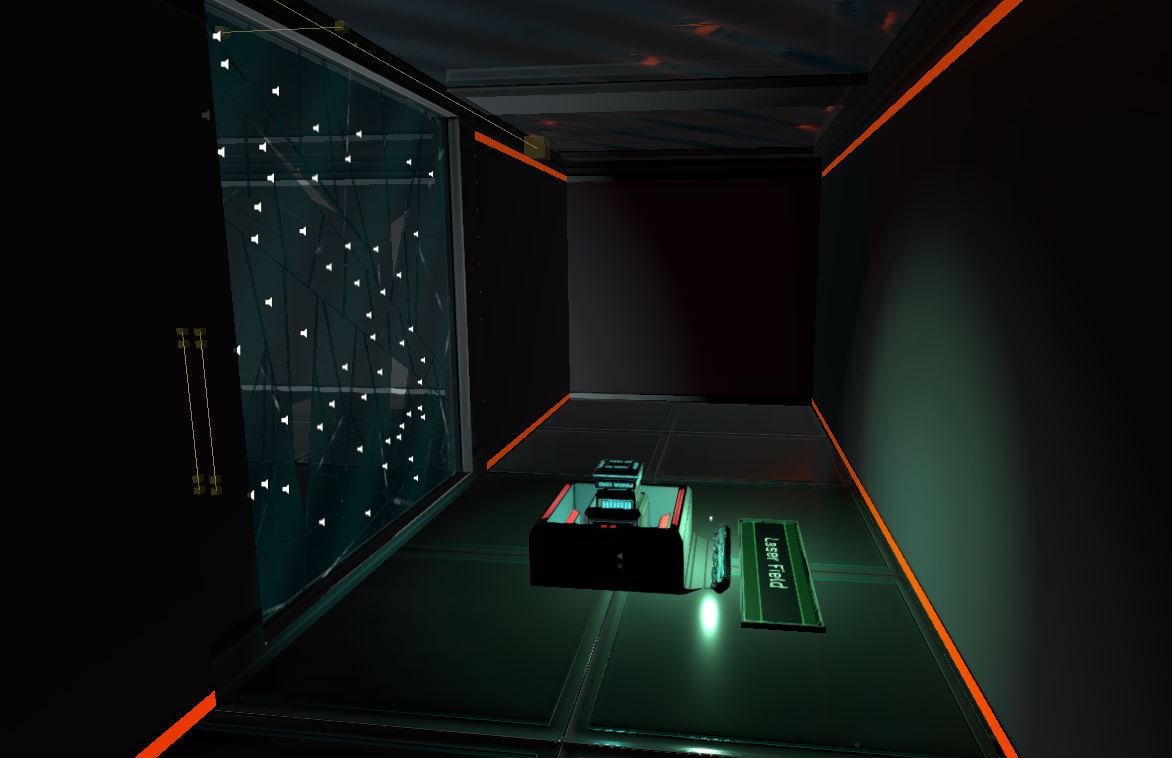 Because of this inefficient save system, it's very dangerous (from a game design perspective) to create hard and skill-based rooms, because there's a good chance the player will be frustrated of starting the entire room again if this challenge requires 2-3 attempts.

Last but not least, some of the future features of the game, and especially one big and exciting one (that we will talk about in a future development update, when there is more progress), will require this new save system in order to work correctly.

As a summary, the new save system will allow:

We are currently in the middle of the implementation for this new save system. After a lot of work, late nights, and extensive testing, it's starting to work correctly (yay!), and we can save most objects of Chapter 1. This is a good start, and theoretically the implementation will be easier for Chapter 2 and 3, as most of the work has been done during Chapter 1 implementation.

I hope to deliver an experimental build (with Chapter 1 only) to players who are interested in helping out finding bugs with this new save system. It will be available through Steam using a special code (easy to setup).

When the first players have tested (and broken!) the new system applied to Chapter 1, we will see how stable it is. I'll then fix all the bugs found. When we reach a point where Chapter 1 is stable with this new save system, I can switch to Chapter 2 and 3's new save system implementation. We'll do an experimental build for each Chapter ;)

When all 3 Chapters are stable with this new system, the Pre-Alpha "public" channel will be updated to use it. I hope that this save system will be stable and finished for the entire game, around mid-May, so about 3 weeks from now.

I'll soon make an Experimental Build available for testers through Steam who which to help us find bugs with the new save system. If you're interested in opting in for the Experimental Build, simply notify me in the #general Discord Channel.

Please read and follow the steps written in the very last section "New Save System" of this guide to access the build and start testing ;)

In this Experimental Build, you'll be able to Quick Save (F5) and Quick Load (F9) at anytime (only for testing the new system). This way, you can check if everything is restored to correct states after reloading the save game. 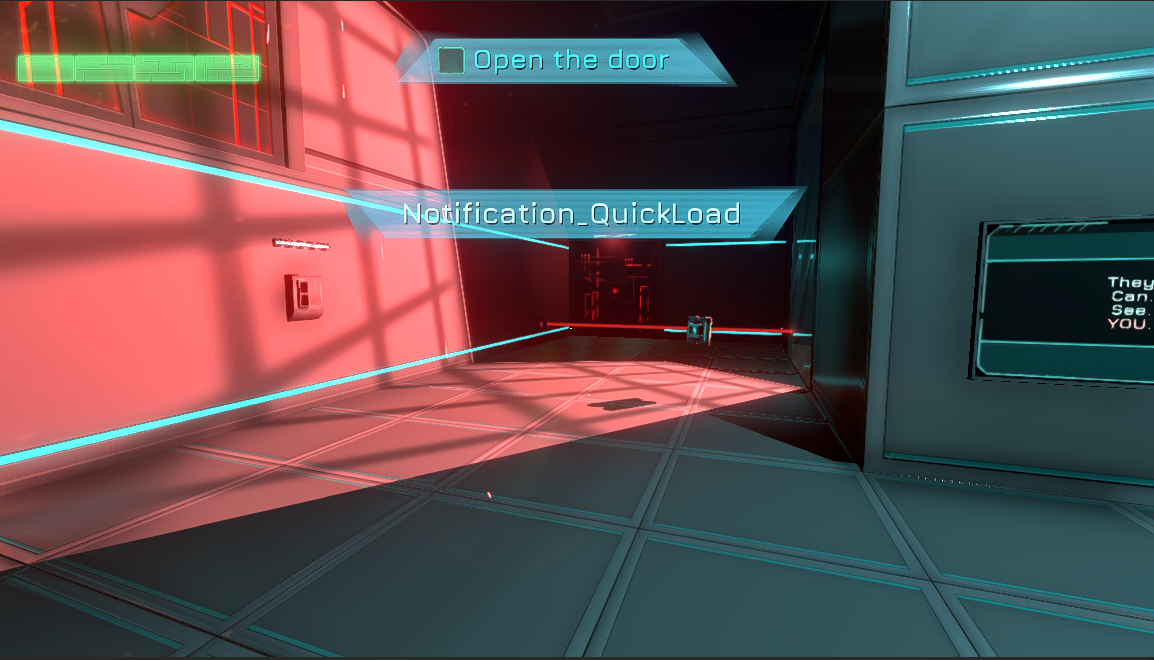 However, the game will now be using the new save system for all checkpoints; upon death, the last checkpoint saved is reloaded (normal behavior).

When, the build is available, I will add a section in the Steam Guide to explain the steps for correct testing of the Experimental Build ;) 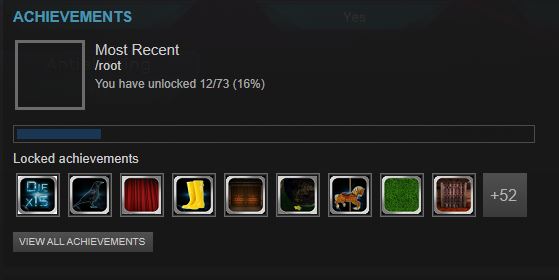 The game now supports Steam Achievements! They are not yet all implemented, thus won't all be unlocked - but there are quite a few already that you should unlock as you play! We also started the work on Steam Leaderboards; for now scores are being gathered, but there is no way to view them currently. We'll add this in a future update ;)

From any variant of version v0.2.1, the Steam Controller should now work nicely with Fractal Space. A specific profile has been created with the following specs:

Various bugs were fixed with the controls remapping window and associated tutorials. It should now work better and be more stable :)

That's it for today! I hope that in the next Development Update, we will have finished the new save system :)