Five Nations is a futuristic real-time strategy game that follows the events of a mind-bending opera of space about the survival of humanity. -Sci-fi universe with a thrilling galactic war between five intergalactic races -Tactical real-time combat in space with advanced micro and macro mechanics -Wide assortments of environments, units and space objects -Economy, construction and production management -Single and Multiplayer mode

As a game designer, the hardest part of my work is to make fully balanced fractions with a great variety of units. Designing units, with unique (or semi-unique) attributes, interesting characteristics, construction processes, and resource requirements is always a challenge we must face. In the next paragraphs, I’m going to give you a short insight “how we balance units in Five Nations”.

As a game designer, the hardest part of my work is to make fully balanced fractions with a great variety of units. Designing units, with unique (or semi-unique) attributes, interesting characteristics, construction processes, and resource requirements is always a challenge we must face. In the next paragraphs, I’m going to give you a short insight “how we balance units in Five Nations”. 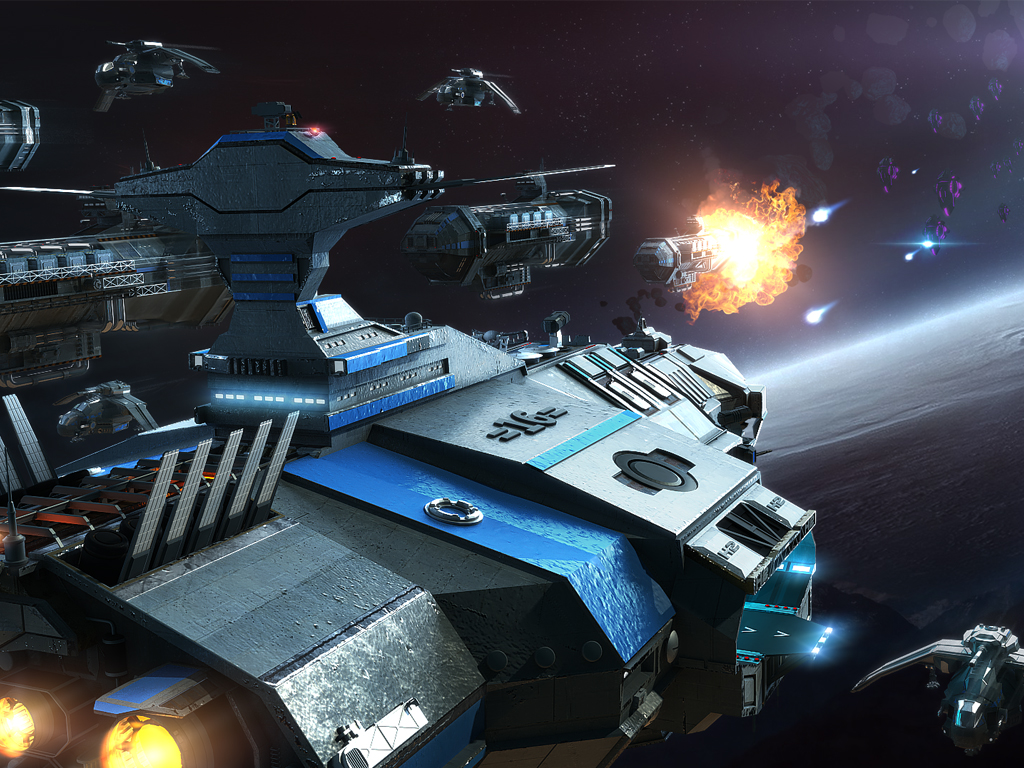 Our main goal is to design units with: 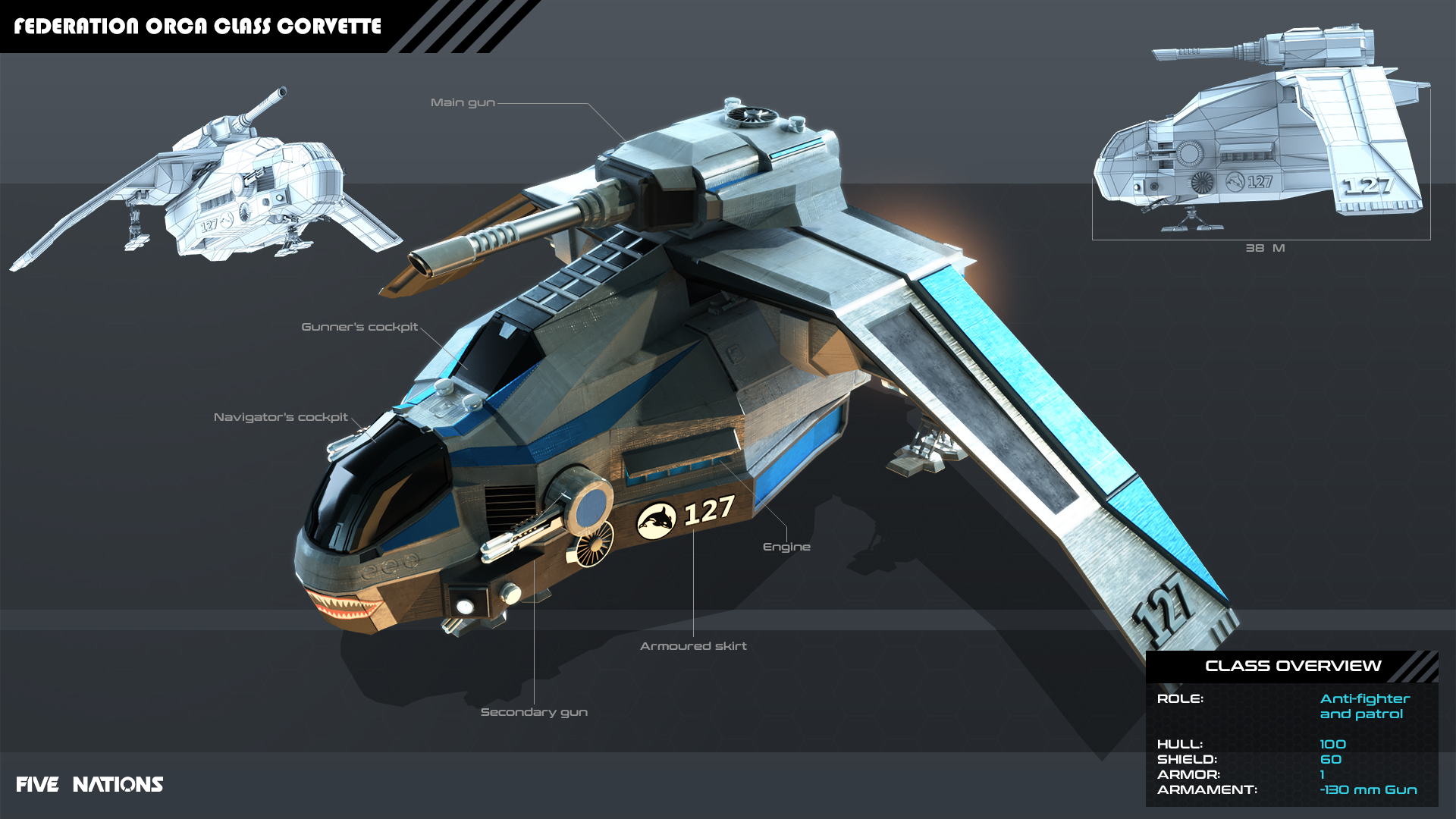 Everything starts with the definition of the unit’s attributes:

(It is likely that throughout the process of designing the units, the main attributes turn out imperfect and we need to go back and reach out for more variables.)

In Five Nations units are like “containers” which can have a wide variety of Weapons. These armaments and types of equipment define the units the best. Contrary to Starcraft: Brood War, Age of Empires where units usually have only one unique weapon we decided to provide ourselves with the ability to mix a wide range of instruments for each individual unit. Weapons main attributes are: 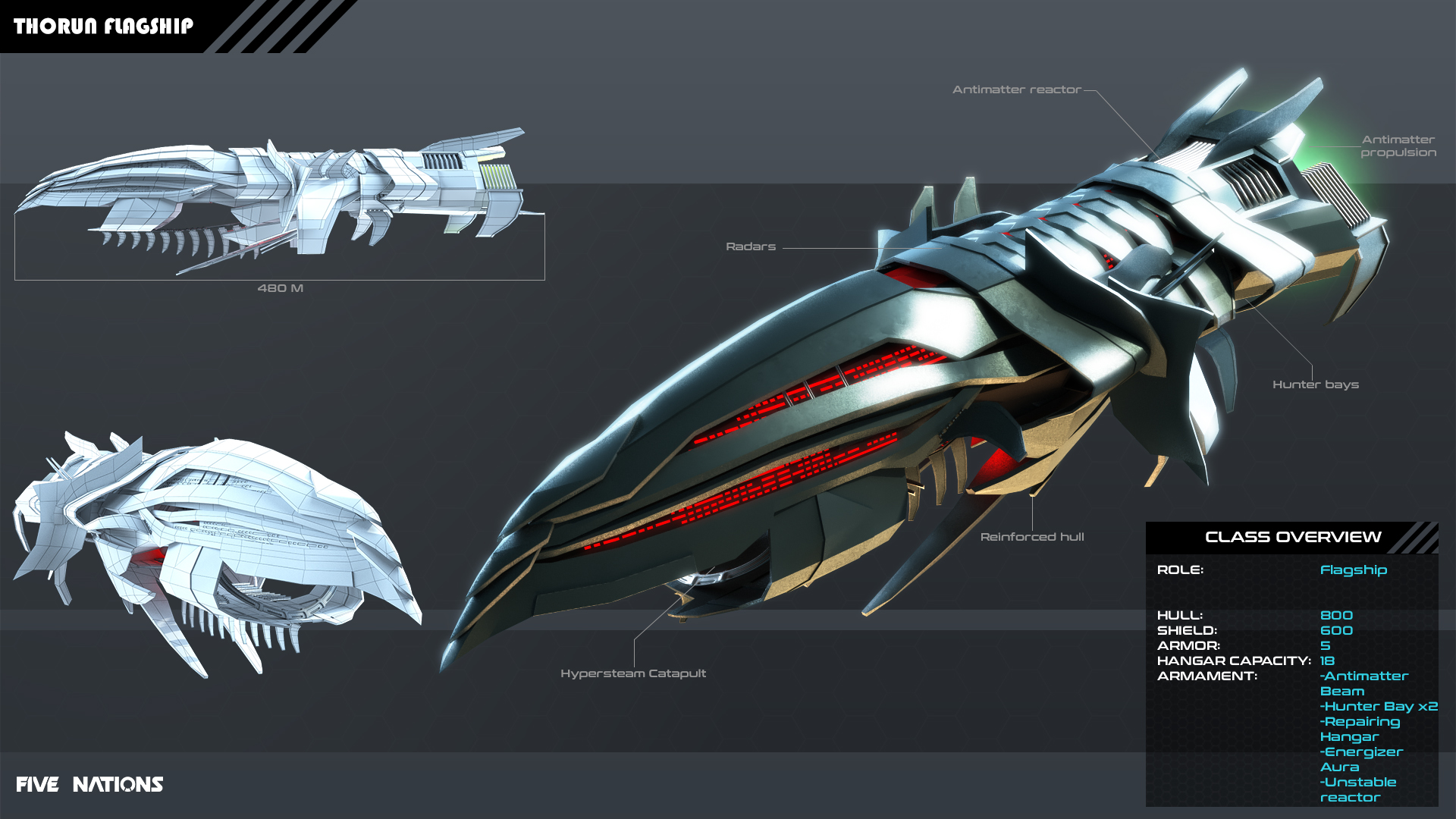 Okay, it can be seen, that we have a lot of data which can be variable and customizable the units. Initially, we thought it was enough to make unique units, counter units...etc. For example, we can make

“In most RTS games you would prefer if the players built several different kinds of units. A game could be interesting even with only one major unit type, but people may complain that it’s all about “massing units,” which will hurt your reviews. The standard way of enforcing this is to make sure that all units have at least one weakness. This weakness can be exploited by your opponent, and thus forcing you to mix up your units a little.” Oxeyegames.com

Well, the article is absolutely right and this is equally the very foundation of balancing units in Five Nations. In this part we have decided to study the biggest RTS games on the market:

The only thing which we did not like in AoE2 that the units compared with starcraft are lack in characteristics.

Okay, now it may seem like we want to clone Starcraft. Actually, we want to make a different, deep space oriented game, but in any case we honestly admit that we learned a lot from it.

Step 3. The easiest and most straightforward technique of balancing: land, air (and naval) units

When it comes to balancing, visually displaying unit movement dimensions is undoubtedly one of the silver-bullet that we could have employed (ground, air, water etc). Nevertheless, our greatest concern was that the entire game takes place in deep space and therefore it makes no sense to design land vs air, land vs land or air vs air specialist units. Instead of making “floating” space platforms where land units could have only moved we decided to make something more logical (of course nothing can be really logical in a space war but whatever...).

We don’t want to make “hidden” or “abstract” type of abilities like units with red shield are weaker than units with green lasers...etc. Our solution was to make different unit classes with different concrete and acceptable characteristics. 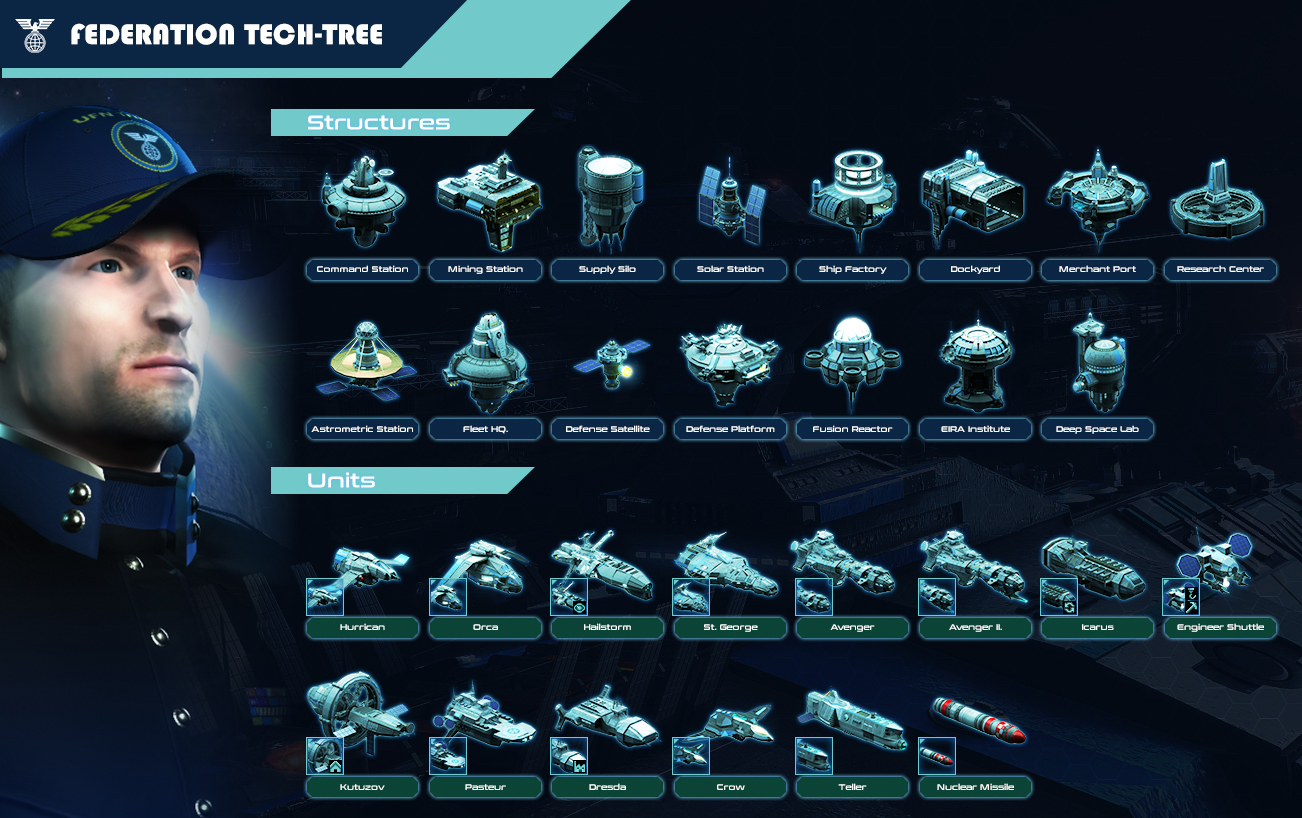 Ok, this is where I finish the first part of my article. I’ll continue soon.

Thank you! I will continue soon.