The battlefield is the hero’s own mind, an energy-information structure composed of nodes of the five element energies and channels between them. The enemies are their sins, negative qualities, and negative energies.

The five elements interact with each other by certain rules that are very similar to the classic Taoist energy cycles of empowerment, weakening, and control:

A player doesn't need to memorize all the relationships between elements. At any time, a player can peek at the element scheme. In addition, during the game, when a player drags a ray from one node to another, an icon of the relation type between the nodes is displayed.

After a set of Trials (a tutorial), the hero begins meditation, clearing their mind from bad energies. Each enemy (sin) has their own, unique abilities, for example:

Laziness has the super-ability of lying still. :)

Hatred burns everything around them with lightning.

Envy gets a copy of every spell the player uses.

A player receives awareness, or experience points (XP), for capturing nodes, defeating sins, or breaking an energy seal. After a victory, a player can exit the meditation phase with earned XP or dive deeper into depths of their mind. A loss decreases XP earned in meditation by half.

When a player collects a critical mass of awareness (XP), they move up a level and obtain wisdom points. Wisdom points can be invested in willpower (how long the player can meditate) or various spells. At higher game levels, more dangerous foes awaken in the monk's mind. A victory over them is required on the way to Enlightenment.

Gamers are insatiable. No matter how much we play, there’s always the hunger for more. We live in virtual worlds where we choose the rules and who we want to be. But don’t feed us the same food over and over again. Clones, sequels, prequels. Give us something new. Something fresh and exciting.

Keeping this in mind, I started my first game project. Wise developers say that your first game shouldn’t be big. Only bite off something you can chew. Okay then. I turned to an idea I’d been thinking about for a few years. 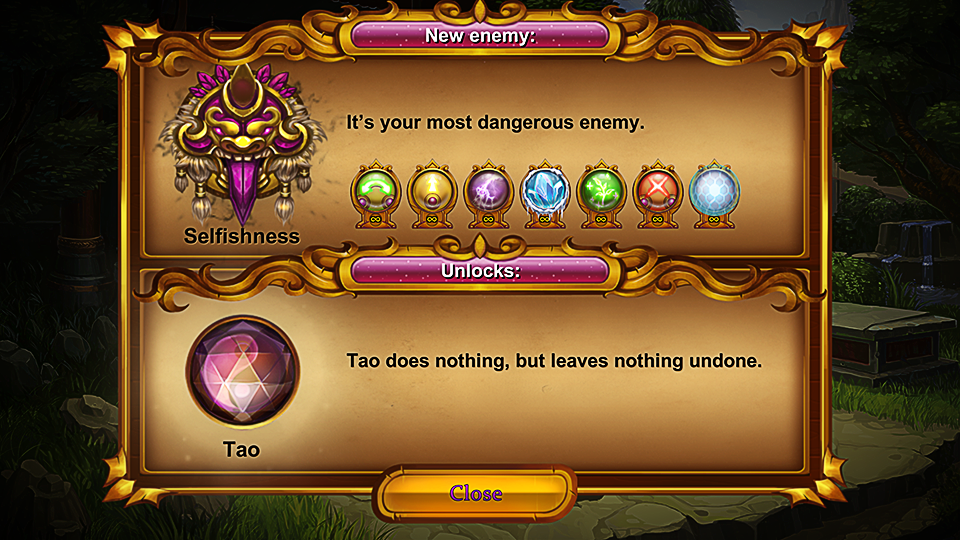 Did you know that Taoism is a very IT religion? Look: yin and yang, 1 and 0. I-Ching, the Book of Changes, contains 64 trigrams that describe all the stages of every process or event in life from birth to death. Next, Taoists believe that everything consists of energy (chi) and information (spirit). Gather energy at special energy centers (dantians), clear it, move it through channels in the subtle body, meditate, and sooner or later, you’ll gain absolute control over yourself. Legends say that some master Taoists were immortal and could turn their physical bodies into pure energies and easily travel between endless worlds.

Not a bad setting for a game, right?

According to Taoist cosmology, there are five elements, five types of energy: fire, earth, metal, water, and wood. Connections to real world substances are very conditional. There are many types of energy-informational vibrations that interact according to specific rules. They are bound in cycles of creation, destruction, and control. Rock-paper-scissors, but more complicated and engaging. 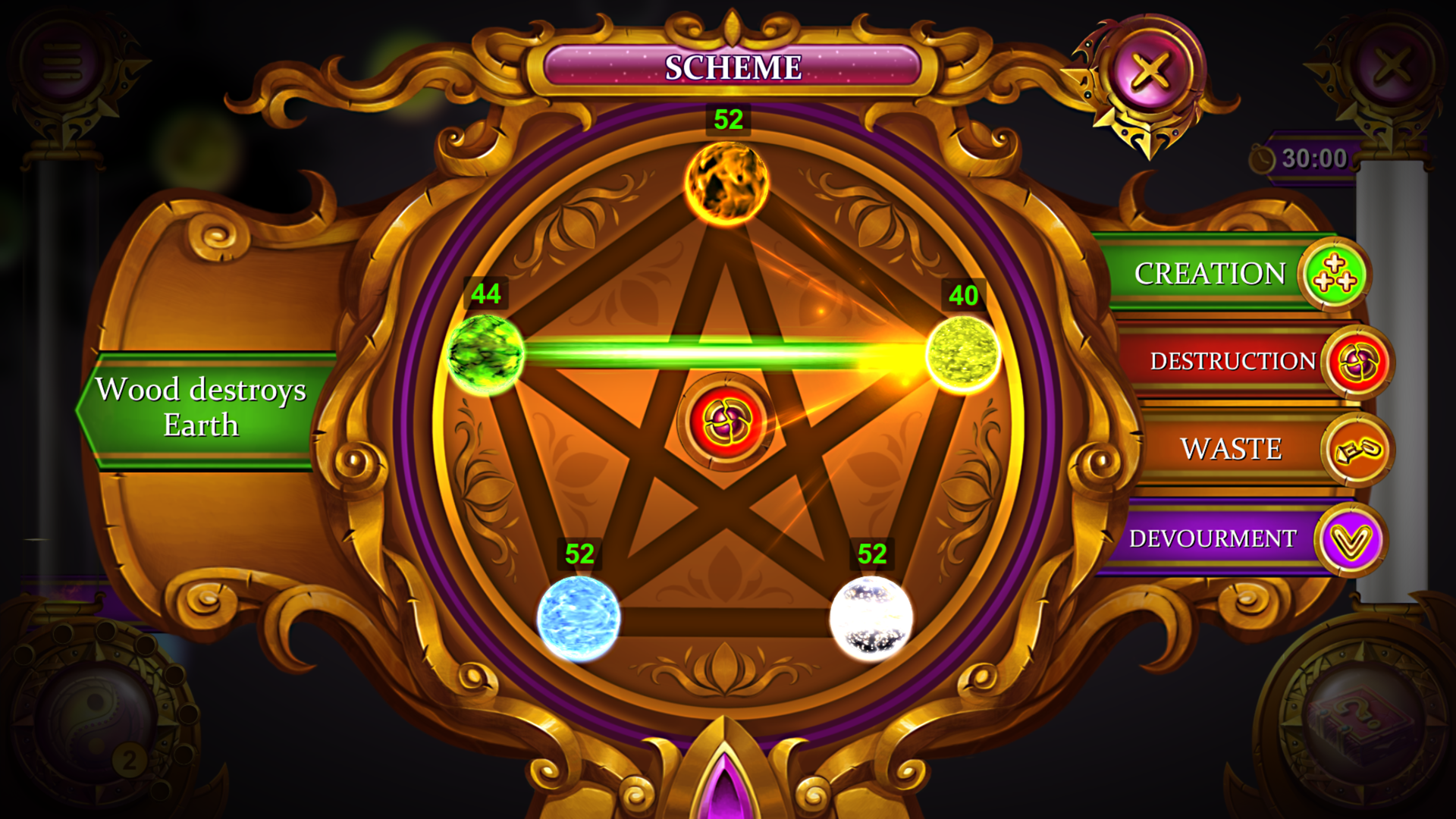 Now, who’ll oppose us and what’s the battlefield? You’ve probably met some who say that all our lives we struggle against only one enemy—ourselves. Why not take it literally? What do we need to become powerful and immortal like those wise Taoists? We need to fight our own imperfections. Our sins and weaknesses. And where will we fight them? Of course, in our own minds! 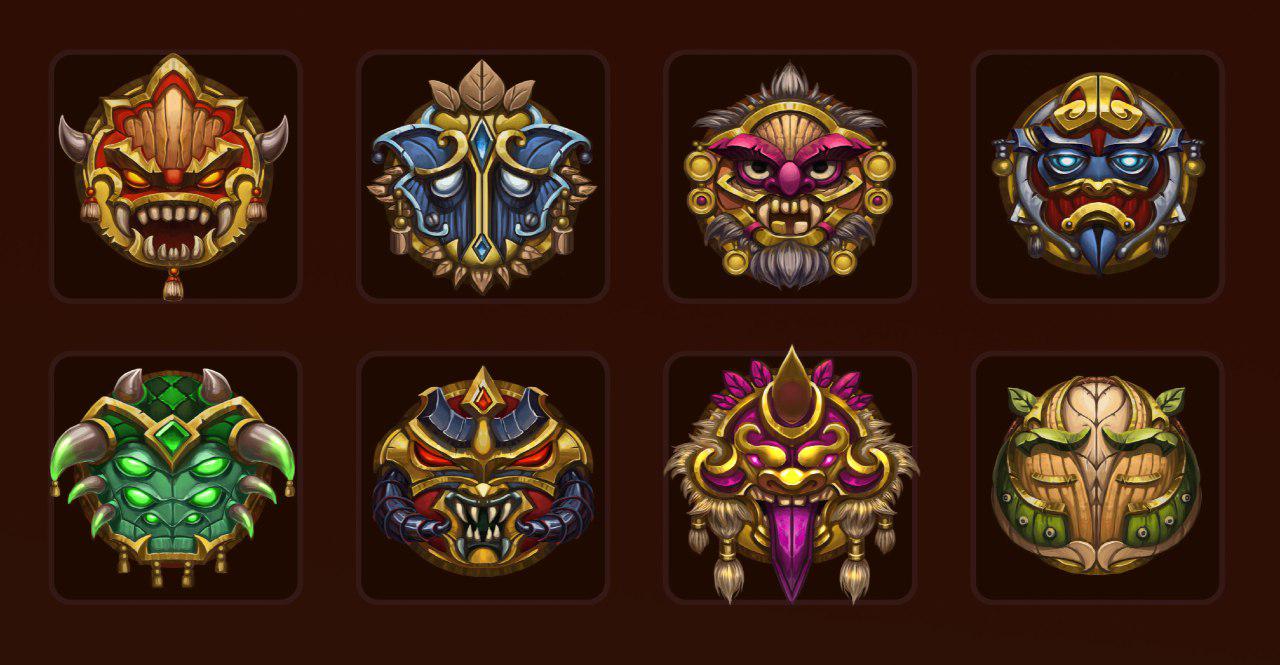 A few minutes (and one year) later, the game is ready! Who wants some enlightenment and immortality?

Please, support us at the Steam Greenlite!

Then go to our page and vote: Steamcommunity.com

We are proud to introduce the strategy game Five Elements!