First Command is a 2D top down game that takes advantage of the simplicity of two dimensions. In the first version players will fight over contested star systems that provide the backdrop for epic space combat. Players can walk around dynamic ships while they are in combat and the ships can suffer from damage. Players can pilot the ships and man their guns. They can also leave their ship and board enemy spacecraft to destroy them from the inside. Players can build space stations around planets to capture them. As players get kills and capture planets they will earn credits they can use to buy better ships.

Larger ships will come with crew members. Gunners for example will aim and fire weapons that the player is not currently commanding, allowing larger ships to take advantage of all of their weapons at once, and engage multiple targets. Engineers will attempt to repair the ship in flight so that the player can continue to focus on what they are doing, though they can make the repairs themselves if they chose. Marines will protect the player’s ship from enemy boarding parties, or board other ships with the player to take them over.

All this and more can be found in First Command…

Do not be afraid of change…

So good news first. I GOT A JOB! As you may have known I graduated from Full Sail University with a degree in Game Design last December (2013). I set a goal for myself that I would not squander that education, and that I would find a job in my industry. Of course there was also a time limit on this. I had six months before I had to start paying back my school loans, and after a long and ever more stressful search, I have been hired as QA Tester. Literally THE entry level position to get anywhere you want in the game industry. I am very excited and I can’t wait to start.

Now enough about me how does this affect First Command? Well I think First Command is actually going to benefit from this. As I said, I had six months before I was in serious financial trouble. So I took one of my dream games, one I knew I would enjoy working on, and scaled it down as much as I could so that I might be able to create a marketable pre-alpha within three months. This meant cutting it down to the absolute bare bones. Players can build ships. Ships have parts. Ships can get broken. The thing is in the last month or so I have been losing enthusiasm. I kept talking about all the cool things that were going to be in First Command 2 because I couldn’t do them in First Command. Then I would sit down to work on First Command and just go “meh.”

So now that I have a stable job, First Command is in for another re-design. Turing it back into the game I wanted to create in the first place. Now of course this does mean that development will slow greatly. The QA Tester position is a proper full time job and I need to put that first. However, without the stress of having to create something primarily for the cash, I can create First Command with the love and care it deserves. So with that said, here is a glimpse into one of my design docs explain how one of the re-imagined features might work. Obviously this is early thoughts on the re-design but I thought all of you might appreciate it. I hope you enjoy and I look forward to posting more news when I have it.

Players can jump from system to system with the help of a warp drive. Alternately some civilized systems will have jump slings. Jump slings are used primarily by civilian traffic and have static end points. This means there must be a jump sling for each connection in each system. Jump Slings can easily accommodate most frigates, but larger capitol class ships will usually need their own jump drive. A jump sling can span a near infinite jump distance, however they become more expensive the greater the distance.

With a jump drive the player can jump to any system that is in the drives range. Initiating the jump drive will bring up the system map and have all possible jumps lit up in green. Once the player makes a selection their ship will make the jump (preferably with a cool warp animation thing). Then the new system will load. They can click anywhere in the system to place their own exit point. Once a point has been selected their ship will jump into the system. More powerful jump drives can be installed to allow longer jumps. 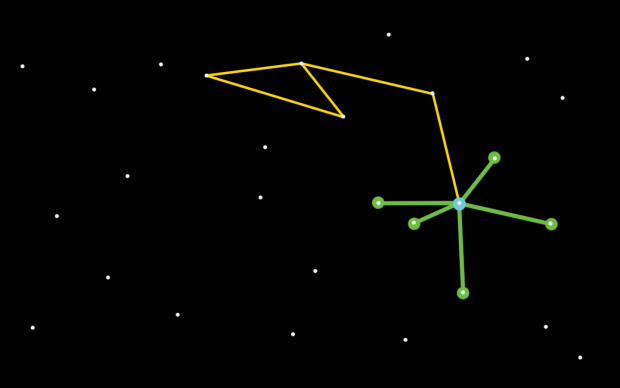 What did we do this week and what do we have planned for the next...

Where have we been this whole time and what are we planning to do in the future?

New frontiers are being developed but this one may have to wait.

Life support is finally working, but First Command may be taking a back seat.

it looks kinda neat on the paper

That is generally the direction we are trying to go now.

The game idea behind this is really great. I hope you will develop this game more, though you said its on pause. Its a great idea and has a lot of potential if lead in the right direction. (Meaning it has a good storyline.) Other than that please continue doing what you do best. Chow!
*___*

Actually we have just returned to First Command and are beginning to work out an updated prototype.

Your video has no audio. Is it supposed to have no audio? Also are you going to make this just space battles? Because I think it would be great if it was both Space as well as Air combat scenarios, considering space has the advantage of no friction, but no oxygen as well as limited movement, and that Air combat has friction but more mobility due to air resistance.

Yep, totally and absolutely right. This is so early in development that no sane game developer would even be willing to talk about their game, much less post pictures and videos of the horrible programmer art. Good thing I am not sane!

The reality is, posting this early server two purposes, one more than the other. The lesser reason is that from what I have seen, smaller Indi groups build better communities when they lay it all out for everyone. Yeah I probably started a bit early, but I was excited Ok?

Secondly, and possibly more importantly, by putting myself out here now, I have made a commitment. A small one at the moment, but I have announced to the world that I am going to make this game. So it will hurt my pride a bit if I just let it die. ; )

"a 3D top down game that takes advantage of the simplicity of 2 dimensions" - Keep an eye out on indieview.co.uk for a small article xD

Okay maybe you should wait before posting completely unfinished content?

Will To Survive Role Playing