"The man steps into a pitch black alley that he somehow never noticed, despite often passing the area by many times before. Standing in the beam from the last light post he looks ahead into nothingness, as vague slithering movements reach out from the darkness towards the light he is standing in. He puts one hand in his pocket while gesticulating with the other, taunting the being into showing itself. From the pocket he brings out a gun, and as he does, the black alley brightens into some inter-dimensional space with stars rushing by.

NOW they will pay!"

- Continuous play on an ever out-zooming scene.
- Constant flow of men from the left vs. enemies from the right.
- Guns aplenty, from revolvers and shotguns to a chainsaw and airstrike to more unusual ones.
- Enemies aplenty, with occasional boss/miniboss encounters!
- Taunt the Tentacle for more to shoot, and in turn more points!
- Spend points on weapons. Spend even more points on special weapons, yet go for the hiscore!
- Moody soundtrack.

Thanks for voting and helping Fight the Tentacle on it's quest to become the 2021 Indie of the Year. You are now in with a chance to score some free games. Help this game secure more votes by embedding the widget (or link) we have included below on your favorite sites.

The biggest addition from earlier versions is a more communicative interface
with mouseover, highlighting and visible targeting mechanics. 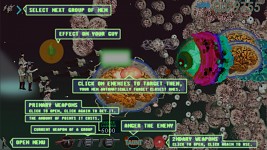 ( this is also included in the package )

The game can be fully controlled with the mouse and the graphical interface.

[Esc] - Pause/Resume
[Shift] or [Space] - Toggle between group of investigators

Minigames use [Space] as action key. 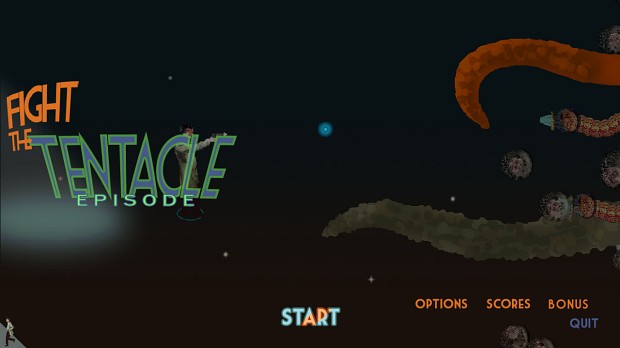 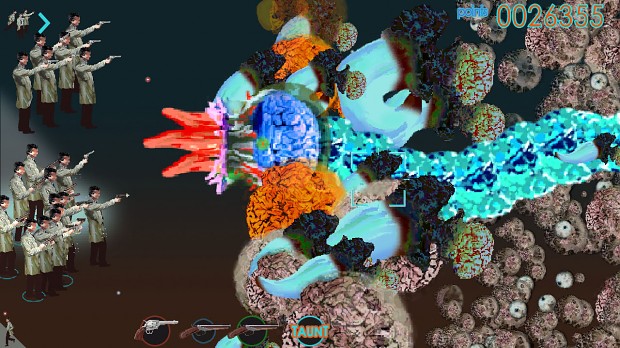 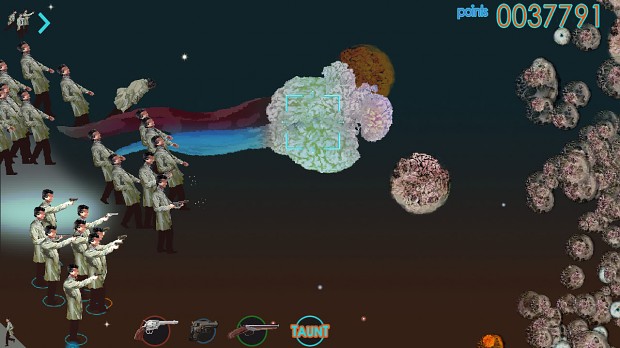 Get ready for the demo that is coming next weekend. Check out the trailer below!

Focus is on getting the demo done before the end of summer!