Ready or Not is an intense, tactical, first-person shooter that depicts a modern-day world in which SWAT police units are called to defuse hostile and confronting situations.

VOID interactive has consulted with police teams globally to create rules of engagement and a scoring system that are both challenging and realistic. In order to push the bar further with realism, Ready or Not models ballistic penetration, ricochet, kevlar and plate dynamics, as well as projectile expansion and momentum.

Explore a deep and involved weapon handling and player maneuvering system, geared towards providing officers with an unprecedented level of control over their situational effectiveness. Ready or Not utilizes a simple and organic control scheme which won’t have players fumbling around, forgetting dozens of key bindings.

Organize an approach and strategize through floor plans and mission briefs, then execute the mission in real time. Officers can decide to deploy with items such as ballistic shields, door rams, tactical ladders, and much more. Swat units can also choose to enlist personnel to assist with the situation, including sniper teams and negotiators.

Bring order to chaos online with friends through a tactical cooperative experience, lead a crack team of AI-driven swat members in a solo, story-rich campaign, or battle a rogue organization in a fierce and competitive multiplayer environment.

With access to over 60 unique items, players are given the tools to tackle any situation. The right combination of weapon optics, muzzle modifications, magazine types and foregrip variations gives an officer the edge in combat. Alternatively, load up with plates and heavy armor to prevent a quick end, at the expense of agility. Officers can also personalize their unit with team-specific patches and uniforms.

Thanks for voting and helping Ready or Not on it's quest to become the 2022 Indie of the Year. You are now in with a chance to score some free games. Help this game secure more votes by embedding the widget (or link) we have included below on your favorite sites.

Ready Or Not Receiving Mod Support Powered By mod.io

Ready Or Not, a hardcore SWAT simulator aiming for total realism, will soon feature modding support powered by mod.io. Read on to learn more about Ready Or Not and how mod.io will support a new set of community creators!

Ready or Not is the debut game of developer & publisher, VOID Interactive. It's an intense, tactical FPS that, like the SWAT games of yore, puts players into the shoes of heavily trained police aiming to defuse hostage situations, terrorist attacks, and catch violent criminals in realistic (occasionally disturbingly so) venues and situations. 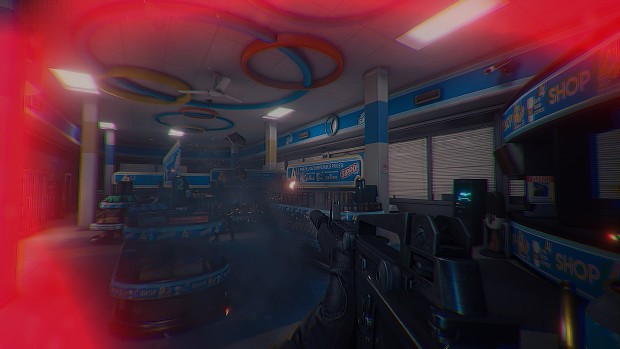 Players can shack up with AI companions or, more effectively, with other people online and tackle a variety of challenging scenarios. The emphasis in RoN is on realism with a capital R - many of the strategies and scenarios created are sourced from interviews with real-world police forces. and ups the ante in gameplay as well with realistic ballistic simulation. The tactics players can employ to counter terrorists are essential to surviving the unforgiving sandbox and there's no hand-holding to be found here. 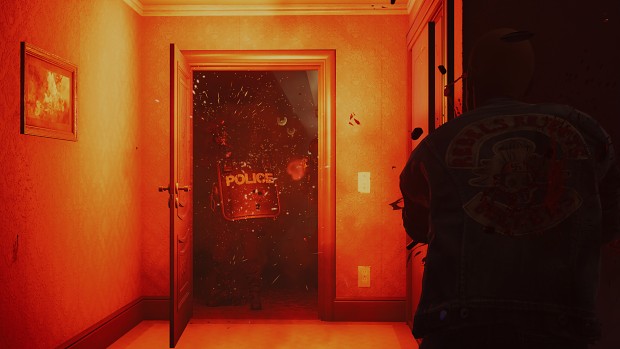 With such a wide variety of scenarios and a gameplay sandbox that does a lot of the heavy lifting, there's already plenty of content to consume. Every new map added to the game adds hours of additional engagement, ways to handle a situation, and outcomes to explore. That's why modding support for this title would be a very powerful thing indeed - and soon, it will be more accessible than ever, thanks to integration with mod.io. 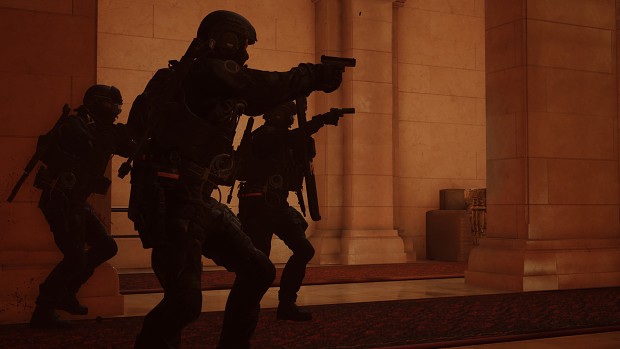 Players can control reasonably effective AI companions, or dive in with other players in online co-op

Whilst testing and implementation is currently focused on map mods - changing environments, the options for engagement, and the scenarios players can face - though users can still download other mods manually and install them into the game for things like weapon cosmetics and attachments. These will, in the future, also be integrated into mod.io, opening things up for players in the long run to customize their game quickly, easily, and to their hearts' content. 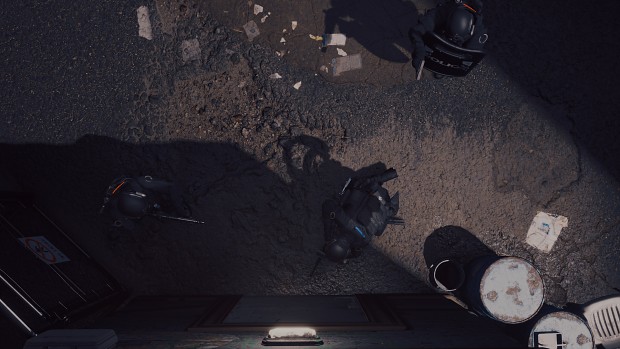 Sitting at Very Positive on Steam, Ready or Not is a game not for the faint of heart, with that emphasis on realism sometimes leading to scenarios that might leave a mark on some individuals. If you do feel prepared to engage with the heavy subject matter and deeply tactical gameplay, you can pick up Ready or Not for £30.99 GBP/$39.99 USD on Steam and be ready to take advantage of all the content mod.io will have to offer.

Replaces all of TOC's lines in game with my own voice, including the new ones added in the June content update.

Replaces all of TOC's lines in game with my own voice, including the new ones added in the January content update.

This replaces both the GenericMale, GenericFemale, and GenericSuspect lines with my own origional lines, I payed out of pocket for my own lines. It comes...

Indie
Twitter
Tags
Embed Buttons
Link to Ready or Not by selecting a button and using the embed code provided more...