The video game is set in a dystopic world of the State. The State has recently undergone a violent revolution and rapidly restructures. In a year, it transitioned from a totalitarian communism and now struggles to establish democracy. Provisional government lustrated most of the public servants so capital needs fresh blood. You win a labor lottery to work at Metropolis, capital of the State. The protagonist accepts the summon leaving his countryside life with wife and kids back in the Town. The transfer to Metropolis promises a fulfilling job, good money, and many opportunities. You were born there, your mother still resides in the capital and works for the government. But it's not the only reason you accepted the offer. Your father disappeared during the revolution and his fate is still unknown to this day.

The game has 2 layers: your job as a judge and your personal investigation into what happened to your father.

Judge's duty
The first layer is your job. This is not a simulation of what a judge's job is. It fictionalized distillation of it. We didn't aim for realism, we want you to have fun doing it. Job puts you in a loop:

1) You are briefed about the case by police - you give warrants. Underfunded and corrupt police of the State struggles to investigate. 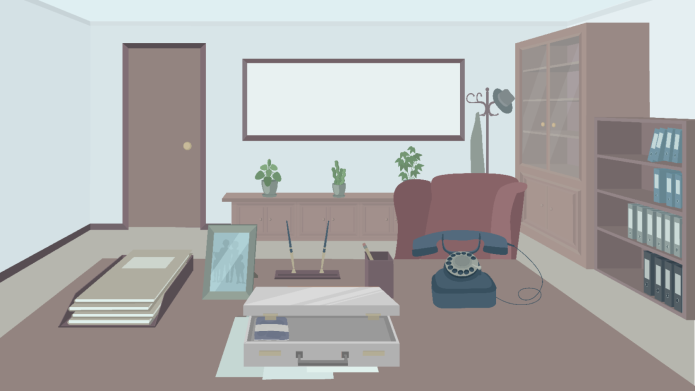 2) You review the results of the investigation: profiles, forensics conclusions, evidence. Then you connect the dots. Some groups might try to intimidate you, the public might try to sway you. 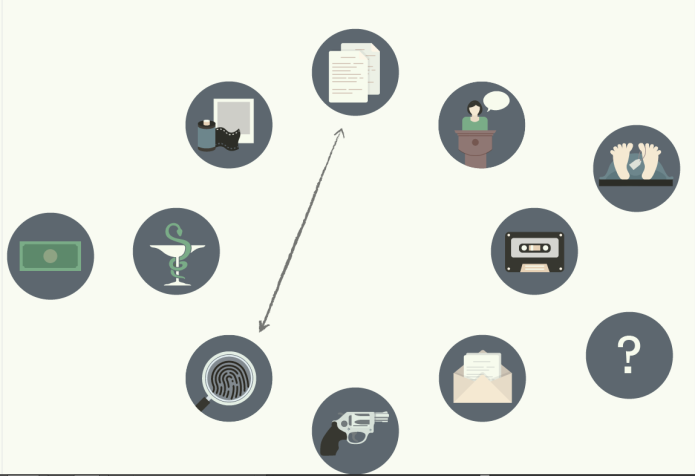 3) Trial starts and you ask questions based on your conclusions. You update your judgment and determine a sentence or proclaim the person innocent. If chaos doesn't break loose during the session, of course. 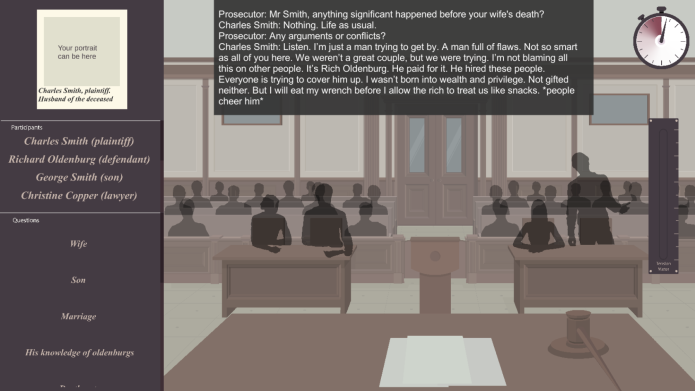 4) Newspapers from all of the political spectrum report on your decisions. Characters react to them. You get the consequences. 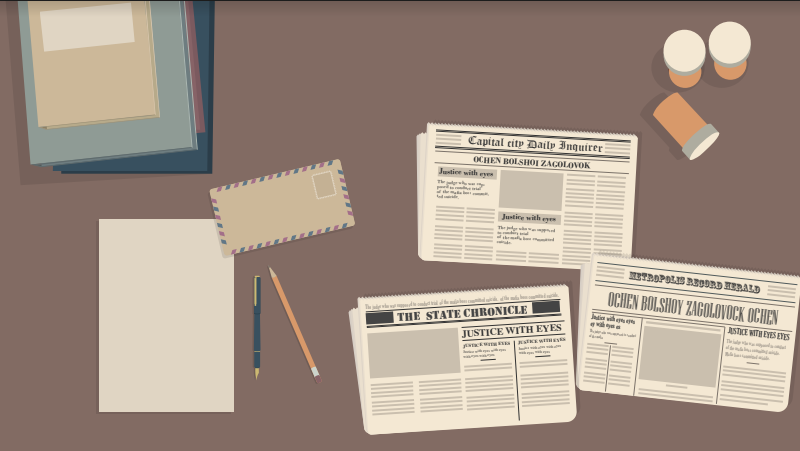 Hero's duty
The latter layer is about your investigation into the fate of your father. This part will look like a visual novel. Not a weird one, we promise...or maybe not. This part is still in production, but you can see the characters in the video.

The universe of Femida is generalized and draws inspiration from different cultures and historical events. We don't make allusions to any particular real-life political parties of figures, neither do we ponder any radical ideologies of the right or the left-wing - so you can relax. Not everything has to be political. Femida is primarily exploration, not propaganda. Femida only advocates the basic morals, principles, and ethics that make justice systems work. Femida makes us see and appreciate the progress our ancestors struggled and died for us to enjoy. Femida reminds us what paths are tempting and rewarding in a short-term, but disastrous and regrettable in the long run. Femida celebrates complete ownership of one's life, will and intrinsic value of a life of every human being. Femida encourages personal responsibility, truth and reminds how each action of every individual determine the fate of humanity.

From the guy who started it all: Hi! My name is Roman. It all started when I was studying forensics back in the university. I've learned a lot about how to make proper judgments. There are many aspects of human nature that hinder good judgment: confirmation bias, prejudice, assumption of guilt. I find this knowledge so crucial to day to day life that I decided to gather a team to create an exercise in judgment and a story about principles and morals that underline good justice systems. It is also a reminder of how bad things can go (and how they're used to be), so we don't take achievements in free societies for granted and learn to appreciate them. The core message of the game is to not be quick on a judgment.

Thanks for voting and helping Femida on it's quest to become the 2021 Indie of the Year. You are now in with a chance to score some free games. Help this game secure more votes by embedding the widget (or link) we have included below on your favorite sites.

Demon Hunter: Chronicles from the Beyond
Post article RSS Articles

You can check out our pre-alpha builds on the following websites:

We invite you to participate in the development by suggesting questions for trial, warrants, evidence, and other things. These demos contain few crimes cases presented to the player in the game. Also, provide your opinion & recommendations on how to improve!

Demon Hunter: Chronicles from the Beyond Point and Click