First stop is Mont Saint-Michel an island rich with history. Only accessible during the summer before the tides drown the only road and the storm season make the seas too treacherous to travel. You hope to find the serene atmosphere so adored by the readers of "Away", but who knows what hides Beneath the Waves.

We have been going on it for a while now and it’s time to tell you a little bit more of what we have been up to.

Our plan is to release a demo and test it to see the interest of the game and decide upon that if we want to continue production or not.

We are still very much in the planning phase and we have started to block out the first areas the player will experience.

The game will take place in Mont Saint-Michel, an island in Normandy France that due to tidal ways sometimes get cut off from the mainland. This is of course a prime location for a mystery adventure.

Blocking out the level like we have started to do helps us test the gameplay and general feel of the game as well as the scope of the areas before we dive into creating the actual assets of the game. This will save us time later in the project, so we have a solid plan on what we need to do. 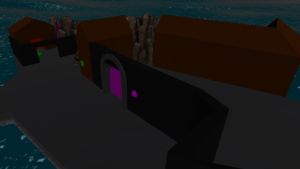 The game will start on the shore leading up to the entrance to the city and during the demo you will be able to explore a small part of the city up the Grand Rue leading up to the hotel where the player character will stay during his visit to the island. This is where the adventure begins that will lure you into the mysteries of the island and your own history. 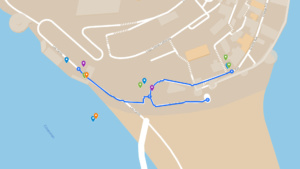 Our musician Ulf has also started testing out some music for the game and produced to test songs. What we want is something low key that can be layered for different areas and below you can listen to our concepts so far.

Juras, our character artist has been hard at work modelling the player character. The next step is to texture and rig it to give it that final look and to be able to animate it.

We will not tell you much more about Christophe right now other than we have fleshed out a lot about the character and the events taking place on the mysterious island of Mont Saint-Michel. 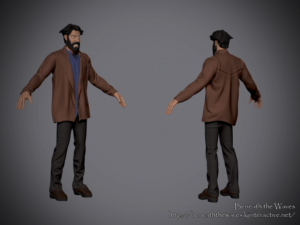 Over the next period we hope to get in the player character into the game along with other graphical assets. Hopefully we will also have fleshed out some of the puzzle ideas we have that we want for the demo release.

We are a month into development and we are starting to see the concept take shape as we flesh out exactly what this will be and how it will be played...

Indie
Twitter
Tags
Embed Buttons
Link to Beneath the Waves by selecting a button and using the embed code provided more...