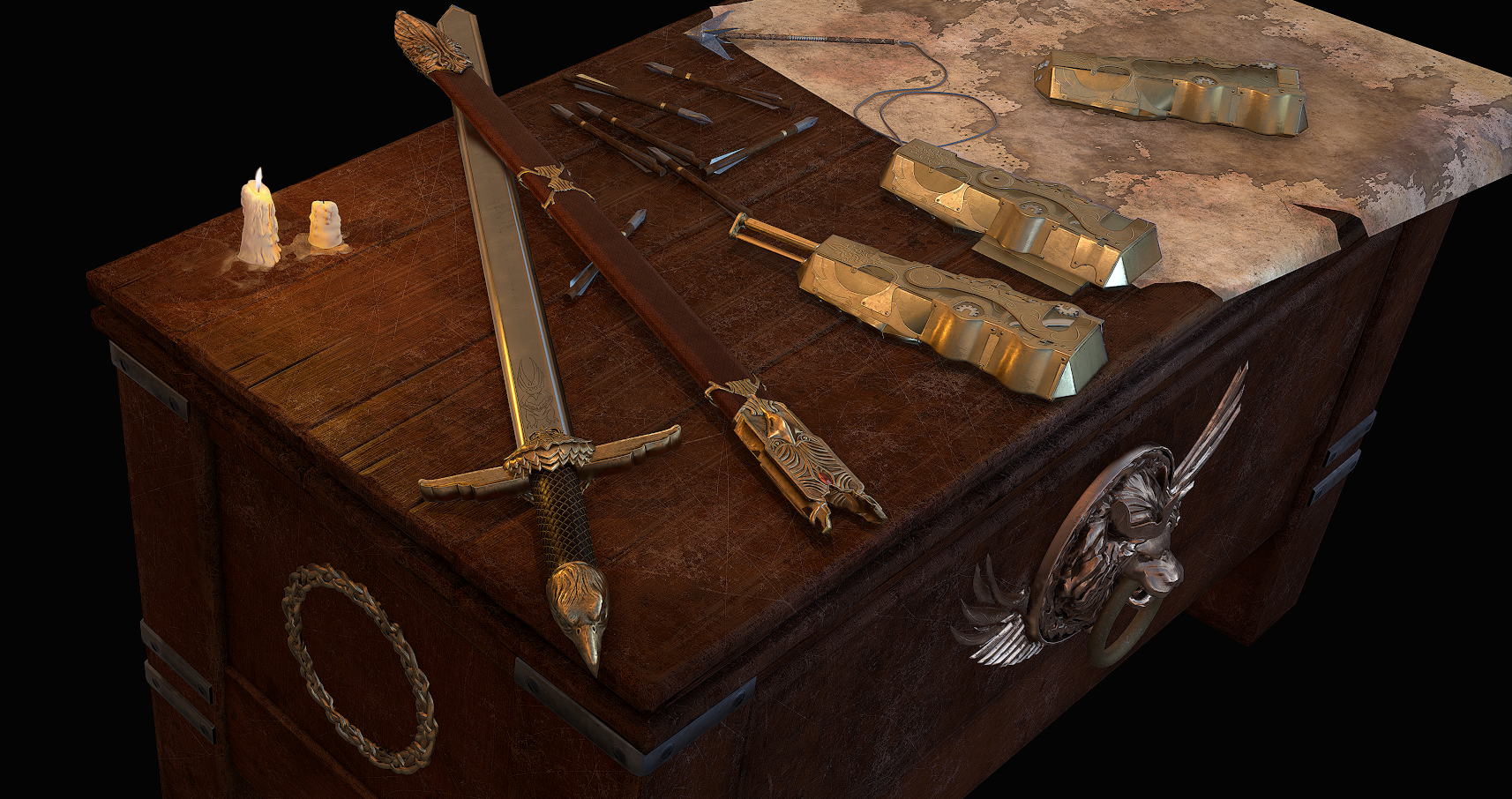 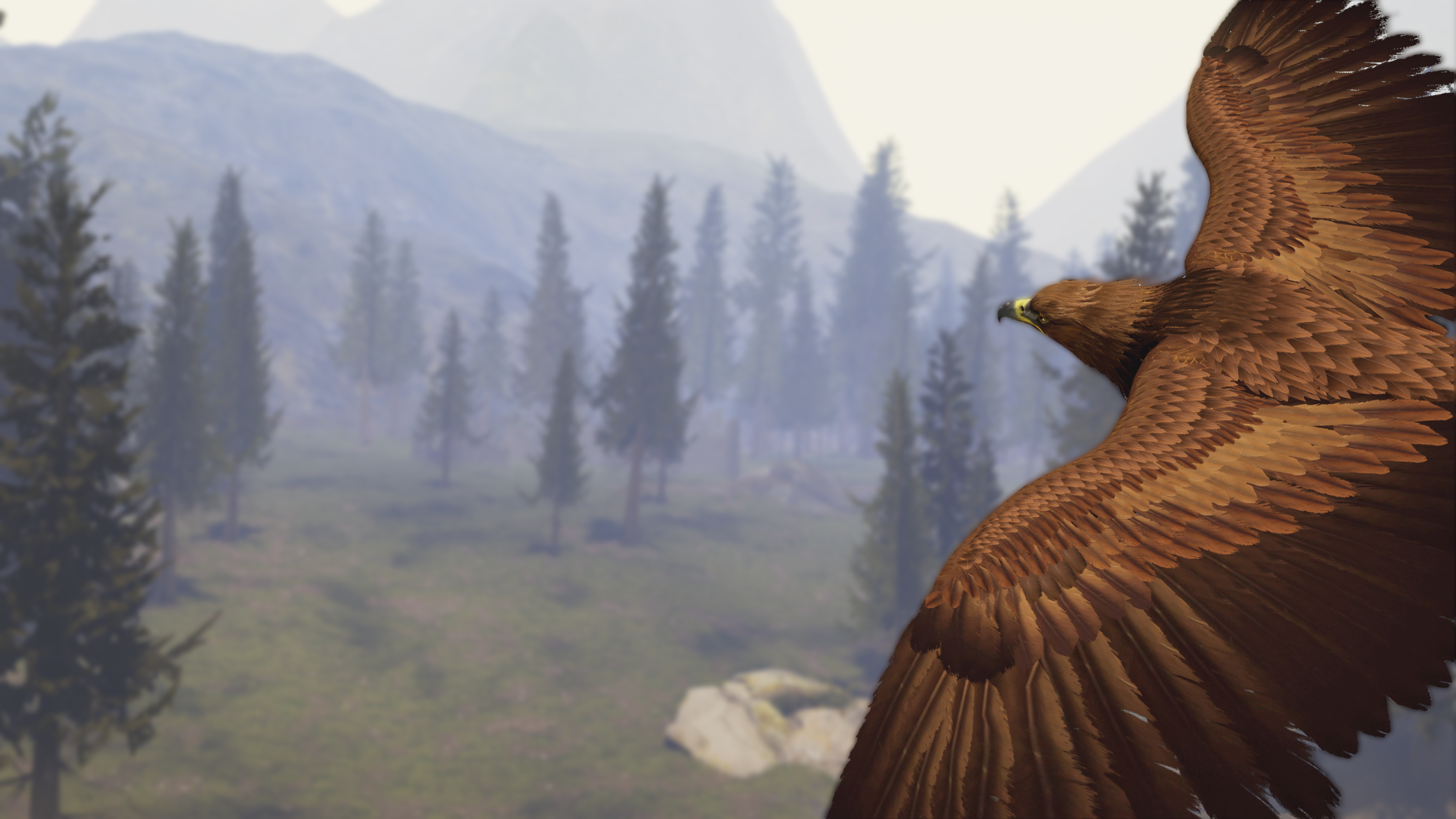 Not your typical RPG

Right from the pre-production, we decided not to go down the usual RPG road. We do not have magic, monsters, dragons elves or giants. We focused more on reality, but we also wanted to include some kind of fantasy element to the game, if not it would become a sheer medieval simulator. We want to make an RPG that is very unique; to deliver something exciting that gamers will remember. This is why we introduced the concept of having special abilities using mechanical gadgets, fitted on unique humans called "Exzores"

Our well-designed modular crafting system allows you to make your own weapons and armors. Each weapon or armor is made up of 3 pieces, each holding unique stats, buffs or infliction debuffs. You can mix and combine any 3 pieces in respective slots to create your unique equipment to your heart's content.

You have the complete freedom to just pick a point and venture off to explore unique places of interest. Experience encounters, ambushes, non-linear events and much more. Discover lore stones and unlock special mission branches which lead to ancestral treasures. There are four diverse regions that have differences not only in aesthetics but also in the life it inhibits and resources it can offer.

Develop your character by spending your experience points on stats, level ups, perks, and skills. There are 4 skill trees available to hone Damien’s skills in combat and exploration. Take up the ‘Guardian’ stance wielding fine longswords or be a ‘Warrior’ wielding mighty hammers and axes. Become a gadget master by maxing out the ‘Deadly Exzore’ skill tree or master exploration by training your eagle using the ‘Falconer’ skill tree. The skill tree is designed carefully to give a meaningful impact on how you want to play the game.

The inhabitants of Eogaan know how to have a good time. Take a break from your adventure and visit a local tavern to participate in knife throwing or fist fighting. Play for fun or fame but also earn coins and unique rewards. Will you beat the best in all four factions to become the champion of Eogaan?

Although there are cool mechanics, repetitive or grinding quests can make the game boring after a point. That is why our quests are all crafted carefully to add significance to the game's story and progression. Instead of overwhelming the player with an insane number of soulless quests, we want to rather ensure that the ones we have are rich in detail, highly immersive and unique. We do have a decent amount of quests; just not too many insignificant ones, just to make the game lengthy.

You decide what to do, how to do!

Our game world is large and filled with opportunities which you can choose to use or abuse. Every quest in the game will have multiple ways of doing it, and you will be given the option to choose which path you want to follow. Each path will yield different rewards, and affinities will be altered according to the choices you make. Every choice you make in the game will have consequences; sometimes your choice may even change the game world and the progression. Being a hero or a villain is entirely up to you!

Damien Clive, the master Exzore has been betrayed by one of his own men, Devon Allmand. He gets stabbed twice by Devon himself in an ambush. He fails to save his king; to fulfill his primary duty as an Exzore Commander. Upon recovery, he emerges from the death bed and sets off on an adventure to reclaim his honor. He aims to take revenge on Devon and to retake the lost kingdom to hand it over to the rightful King. This is not a simple feat and Damien cannot do this alone! He has to find and regroup the banished Exzores and also get support from factions. During his adventure, he also uncovers the secrets of his ancestors to become a "Legendary Exzore".

The large world of Eogaan allures to be explored. You'll visit the high streets and back alleys of the politically rotten Grand City of Kymoria; delve into the wet and dirty swamps of Cighir Morass where Oorun Tree remains at its greatness; trek through the frigid erratic parts of Qaark Heights where there is a deep underground iron mine; and the thick jungles of Crossroads that is filled with ruins, abandoned settlements and spoils of war. 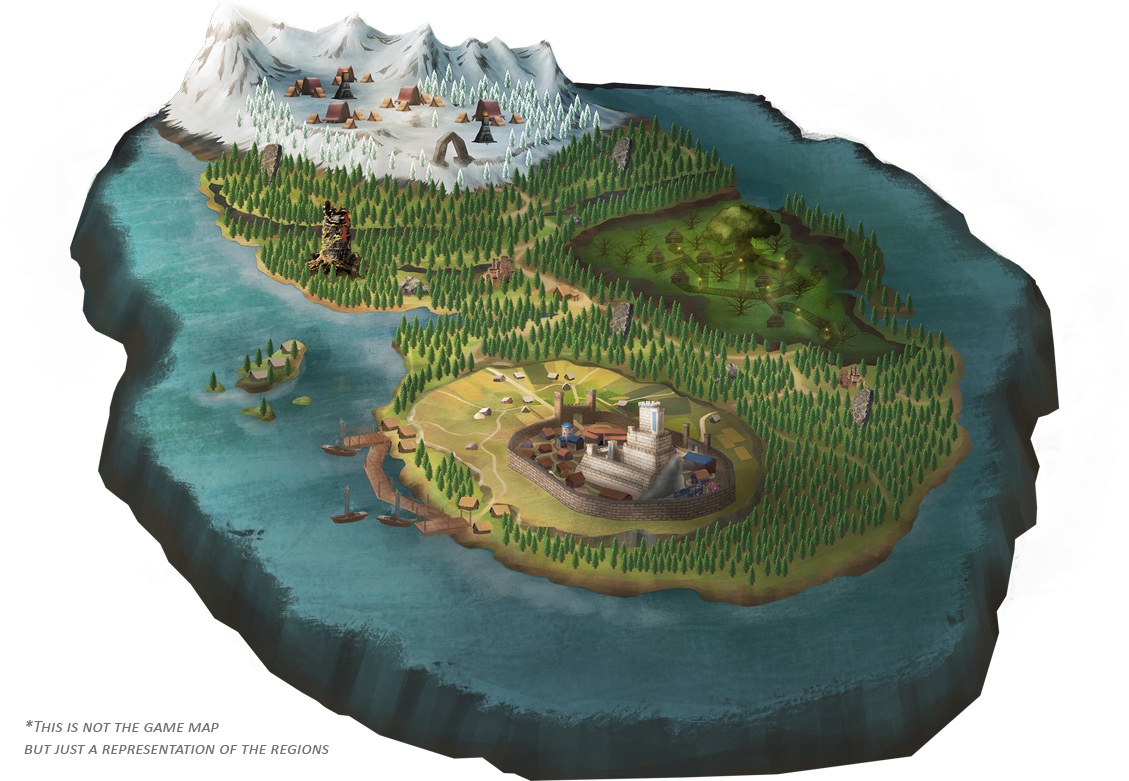 Having four main regions that are very diverse from each other, Eogaan houses a broad mix of fascinating people from different factions and social classes - everything from filth covered beggars to the wealthiest of kings.

Eogaan is filled with sprawling cities, majestic castles, unfathomed caves, dozens of settlements, thick forest, long rivers, abandoned ruins, forts, battlegrounds and much more! The world lives alongside you and resonates with your every action. It also has a complex ecosystem, dynamic seasons and beautiful natural organic spaces, to make exploration more exciting.

The Four Factions Of Eogaan

There are four factions in Eogaan, each having its own community of people, following their own faction rules. They have different motivations and are not in good terms with each other. As you play the game, your interactions between the different factions will affect the game's story and how it progresses.

To promote Exzore: The Rising and grow its popularity (top games), use the embed code provided on your homepage, blog, forums and elsewhere you desire. Or try our widget.

Blacksmith is a Resource Management-Role Playing Game. You play as a blacksmith and craft your way to riches and glory! Fill your store as you create...

Life is Feudal: Your Own is a realistic Medieval Sandbox RPG. Play with up-to 64 people on a private or public-hosted server as you craft and terraform...

Use your connections to win the throne with intrigue or force in this innovative RPG with realistic damage & procedural storytelling for PC, Mac & Linux...

Right to Rule is a unique multiplayer first-person ARPG where you contend your right to sit on the throne of the kingdom in a competitive match based...

Mount and Blade: Warband is the first sequel for the action role-playing video game Mount and Blade. First announced in January 2009, the game was developed...