Epsylon - The Guardians of Xendron takes the player on a journey to a futuristic world investigating a very special Science-Fiction setup. With a team of rather different characters the player investigates, and if required fights, his way through a large case. How you solve the case is though up to you. Combine the strength of your team members is important as no team member alone can crack the case alone.

The last week-end had been kinda special (for me at least). I've got the opportunity to attend this years HeroFest with a small booth in the Indie Area about the Epsylon Game as well as the Drag[en]gine Game Engine. Obviously since this had been my first time it took some extra time since you don't know yet how things work and what is where. It had been certainly three intensive days at the booth. 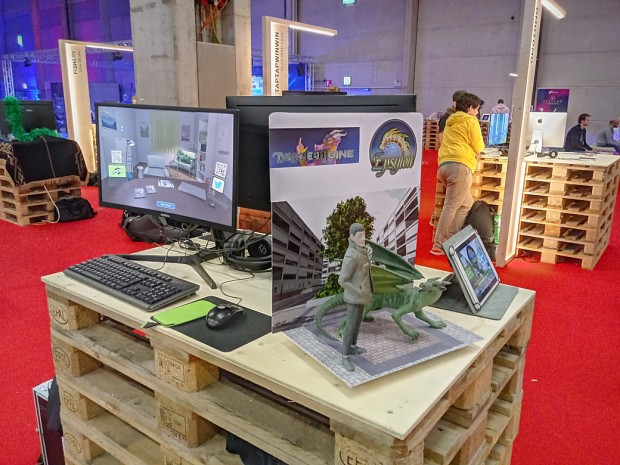 As it looks like I'm not the only one who had been tired after this week-end. Sean (the booth dragon) seems to have not "come out of here box" yet too. I need to find a nice place for here. Maybe next year she needs to watch over a booth again, who knows. 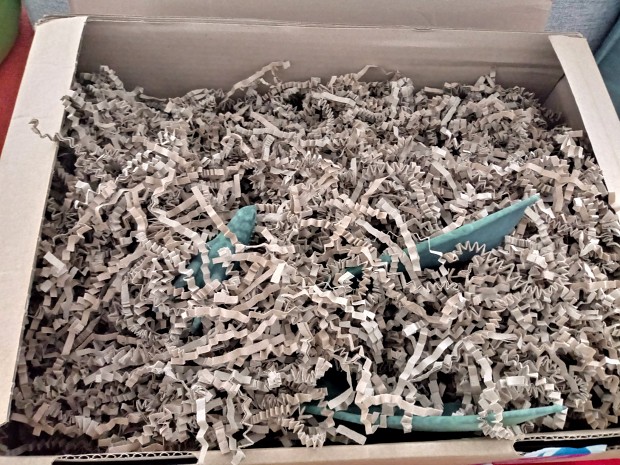 It is difficult to show a slow-paced game like this at a festival. Main problem is that the game is dynamic in nature and builds up as the player progresses depending on what he does. At a booth people usually only spend a couple of minutes, some more, some less. So I choose to show a small sections of the tutorial mission, since this is linear and allows to focus on specific game aspects. I used two different sections across the three days. Overall reception has been positive and I've received a bunch of feedback. This helps to improve the game and narrowing down the focus on certain game mechanics and how the game will be later on released.

There has been a lot of things done in the time before the event. I'm about to finish preparing the first release version of the Drag[en]gine Game Engine. It is slated to be released on GitHub in January latest February if nothing vital goes wrong. This allows me to shift the focus towards the Epsylon game project. Below is a video containing some footages from the main-menu, test-map and demo with some of the sound work done using the Drag[en]gine Audio System. Feedback is always welcome.

With this the technical aspects of the game mechanics are mostly done and need now stabilizing, improvements and connecting all together into the final picture. This will still take some time since where there is a lot of "dynamic behavior" there is a lot of "potential problems".

The future schedule looks now like this (in this order):

That's what goes for the plan. Now it's time to continue getting the plan done.

By the way, this will be the last time you can vote for this project in the "Upcoming" section

so make it count if you want to support this project.