End's Reach is a science fiction action-adventure platformer created by the two man team, Cuirass Entertainment Ltd. End's Reach follows the endeavours of a man who wakes up lost in deep space with a broken suit and a shattered mind, driven by nothing but the memory of someone he seeks to locate. Players assume this role and explore the ruins of ancient civilizations across long-dead planets, learning their fates and collecting legendary weapons to further the journey. End's Reach is a mixture of fast combat, puzzles, platforming, and item based exploration. Part 'Metroidvania' and part traditional 3D Zelda - players will spend equal time solving puzzles and mysteries as they do defeating varied and unique enemies with the tools and weapons they've collected along the way. 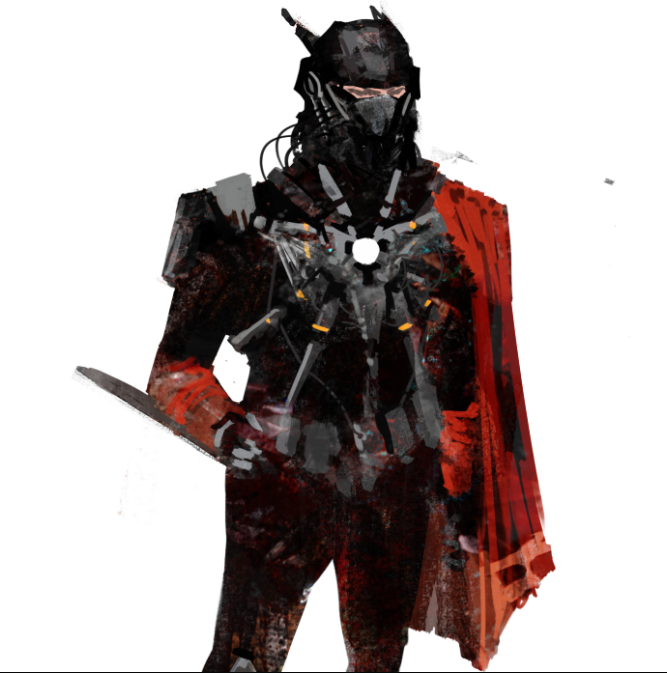 Hello and welcome back to another End's Reach dev diary. It's been a few months since the first one, but that is not for a lack of progress. The game has undergone some really massive updates and shifts in focus and the final vision for the game (and what will constitute a 1.0 release) is set in stone.

First off - the development team has changed. It is now no longer, 'we', but just one person. It's been that way for a while, nearly a year, but now it's official.

One of the major issues with End's Reach was that it was becoming a really heavily scripted and linear game. It was always designed to be a Metroidvania with Zelda puzzle and combat elements, but since it was being designed in such a scripted fashion, it was starting to feel difficult to envision the end product. Certain aspects of the game were so linear that the game was lacking creativity and freedom in exploration, which counter-acts what the original goal of the game was.

There was also a juxtaposition between systems. There were progress blockers, walls that appear and prevent the player from progressing until they've defeated enemies, and then there were checkpoint portals that the player would activate as save points. They were completely arbitrary and made for a really confusing experience as you explored.

I had to come up with a massive, sweeping change, that would keep the same gameplay intact, but give the player the additional freedom to discover the world as they see fit and forge their own path forward.

The solution was the new Portal Arena system.

This system serves three major purposes at once and that's why it was decided upon.

1) When you enter an area with an active portal, a designed combat encounter will begin and the player is immediately locked into the boundaries of the portal. This serves to replace the linear progress blocking encounters that earlier builds had. As a result: every other type of enemy encounter in the game is completely optional, and roaming / patrolling enemies have been added to the game to provide challenge outside of these forced encounters.

2) When a portal arena is defeated, the portal turns blue and becomes 'friendly', this means that it is now a Checkpoint / Respawn point that can be activated by the player and never has to be completed ever again. This unifies the two concepts. When you discover a portal, you are locked into a forced encounter, but when you complete it, you're rewarded with a respawn point that saves permanently. This turns the linear and scripted encounter zones into something to conquer, with a reward attached to them.

3) Zones will contain a set number of portal arenas, each one that you complete will yield a Portal Shard resource. When you've collected the required amount of Portal Shards the regional gate to the dungeon will open. This is a blend of ideas from games like Super Mario 64, Banjo Kazooie etc, but the actual inspiration for this particular progression gating comes from Metroid 2.

Admittedly, this solution does cheapen the experience of solving puzzles and exploring the world - and it does reduce the amount of by-hand scripting I need to do in order for the player to be able to get from point A to point B in each region, but I feel the pros outweigh the cons.

The benefit here is that now completing these challenges aids later exploration, because as the player gains new upgrades and powers, they will be able to return to these areas with all the Portal Arenas completed and they will be usable as potential fast travel points in the future, making back tracking less of a chore.

It goes without saying that an adventure game of any length is going to need a feature that lets the player save and load their progress, and End's Reach had it, but it was imperfect. It has been rewritten from the ground up to be more stable, allow for more types of progression to be saved, and it's working great.

There isn't much design philosophy to discuss here, but you can now play through the current build without using Debug Cheats, unlock a bunch of upgrades and equipment, and continue your progress later on. This was a huge chunk of making the active build feel like a real game on the path to completion.

While not complete yet, the original End's Reach UI had a load of relics from it's long development time. There were entire screens in the main UI dedicated to features that have long since been cut or replaced, and it was a confusing user interface to send out to testers. The new user interface relays more relevant information, looks a little bit better, and there is now a UI Audio system for playing blips and beeps as you move through the various panels and options.

There is still work to do here, but it's on the path.

So as mentioned in the opening segment, the game has changed a lot. Areas are no longer linear, they're much larger, there's much more freedom in movement, and the game is gated much more like a traditional Metroidvania. (Item and upgrade based exploration).

To match this, many new items have been added to the game in order to give the player more to explore and experience. Here's a few just as an example:

Finding these items will enable the player to explore different areas of the world and will change how they approach situations as the game goes on. There will be many more to come, and this list is not exhaustive.

The design of the game is a semi-open world exploration focused game, but with very set linear moments when the game moves forward. (Mainly the portal shard requirements). So forced combat has been reduced, replaced with a respawn reward system, and now the game is far less linear.

These are not major philosophy changes. I've simply just readjusted the game's goal structure to align it more with what kind of game I wanted to create, acknowledging that the game in it's original state was just simply not fun and too confusing.

There has also been at least five new enemies added to the game since the last Dev update, but I don't want to spoil them all just yet: but here's one of my personal favorite additions.

So, if you've read up to this point of the dev diary, you may be interested in knowing more about the game's release. You're in luck because I'm finally confident enough in the state of the game to talk about it.

The game is roughly 60% completed. There is one major zone left to model and design, and another major zone that needs it's gameplay fine tuned with the new mechanics changes, but I am finally feeling confident enough in how the game plays to push toward a beta and then release build. The portal system has removed the 'guess work' out of adding gameplay to each of my regions and it was a breath of fresh air. I'm very happy with how the design process continued to evolve over the course of the last 12 months.

My city has opened up and I'm back to a full time position in a development studio, and so my time with the game has reduced drastically, but I'm still working roughly 10-15 hours a week on End's Reach.

With a clear development pipeline in mind for how I plan to finish designing and balancing the remaining areas, I can comfortably say that game should release in some form or another in the first half of 2022. Which is ambitious, but it feels right to finally put a rough date on the game now that most of the game's growing pains are gone - it's time to polish it up and finish it.

It's worth mentioning to that a lot of what you see here is still ALPHA status. The game has a lot of polishing to go and testing with friends and family has begun recently as I move toward content completion for BETA.

This post was a mouthful of rambling as per usual, but there's always a lot of progress to unload.

Take care and thank you for reading.

End's Reach is a 3D action-adventure game for PC. In this post, I'll be detailing some of the major changes that have come to the game in the first quarter...

It's been a few weeks since our official game announcement here on IndieDB and we've been busy. Time to break down what we've been doing and how it's...