Elveon - the book of elves

The archsoul awoke and her thoughts became the stars, and the stars were bright and clear in their first moments. Then, her emotions became dragons and they grew and roamed among the stars. Thought and Emotion, Star and Dragon clashed, and the Dragons threathened to consume the stars, such was their raw power. The stars, brought to the brink of madness by the power of the dragons, formed one final common thought – to end the clash. The power of the one thought was enough to halt the clash of the dragons and as it ebbed away, the stars looked upon a new creation in the middle of the void - the world... The stars entered the world and found it a place of serene beauty and harmony – the dragons in a slumber and peace, a perfection of thought and emotion. The stars dwelled in the world and took its forms, and formed it to be a reflection of their dreams... www.elveonthegame.com

This beautiful Elveon artwork waits for you! Like our page and share the post and when we reach 200 likes, we randomly pick a winner from the followers!

Artwork to give away 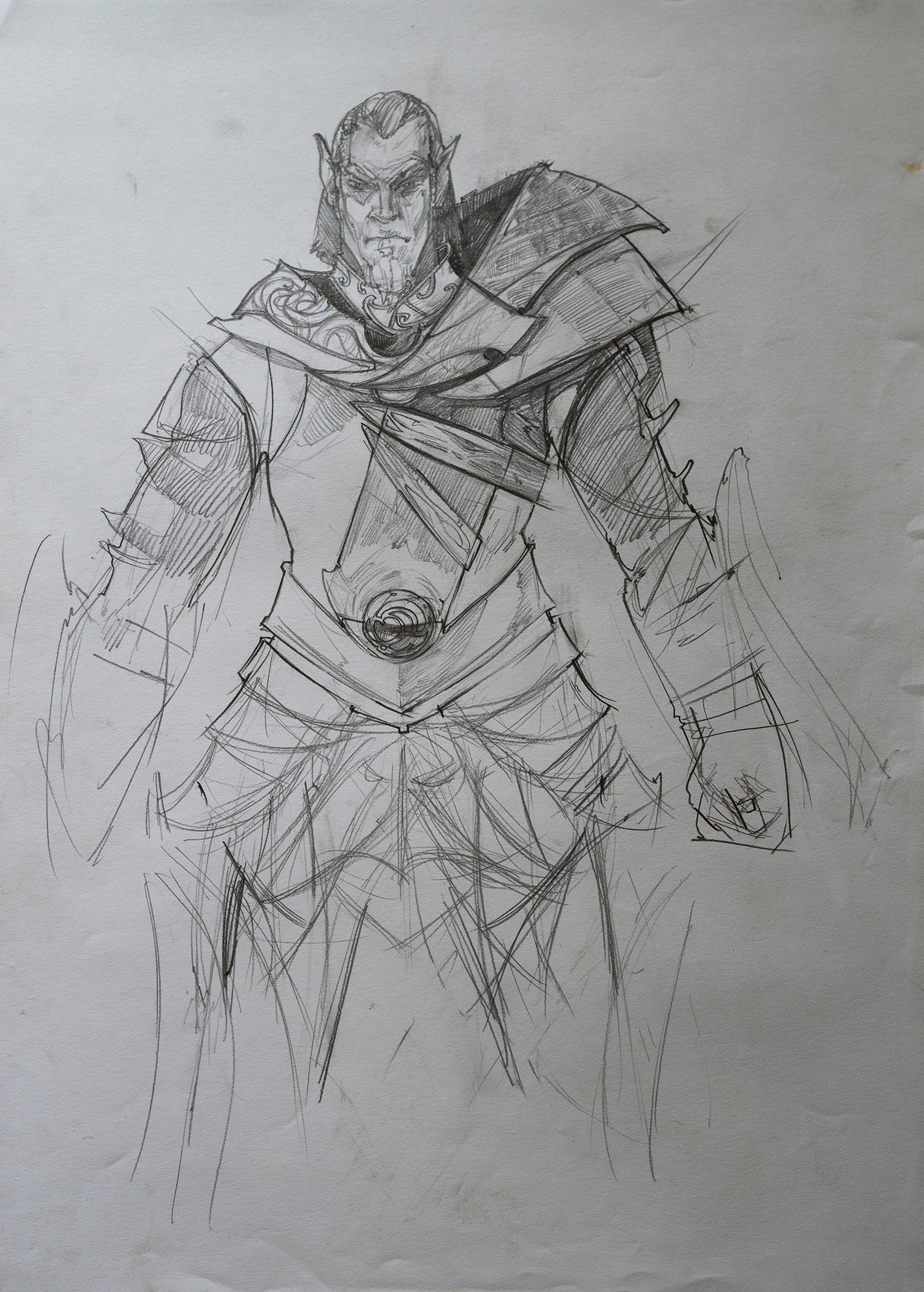 This article is about Belphoros. The god from Elveon world pantheon.

Another nice reading about Elveon world. This time we introduce Merian elvish race in chapter I.

We have a second article about Elveon! It is in slovak language altough, but it is a nice reading.

Is this still being worked on?

Fantastic seeing this game come to life, and i'm with the Guest guy please take inspiration from Blade of Darkness especially the slow tactical combo based combat, and Elveon having the Severance BOD gore that would be the cherry on top of the cake.

please make it like Blade of Darknes, the challenging levels,the minotaurs fights something like that, i mean lets be honest not even dark souls can match blade of darkness gameplay, there's so much good things you guys can take from that game.

I can't believe it! I was so disappointed when this game was canceled all those years ago and now it's back.

Good luck, I can't wait for it.

Thank you very much for your comment, we will deliver and we hope you will enjoy it!

Indie
Twitter
Tags
Embed Buttons
Link to Elveon - the book of elves by selecting a button and using the embed code provided more...