Once again, the GTVA is in turmoil. The aftermath of Capella, 20 years ago, has manifested in widespread unhappiness throughout the Terran and Vasudan populace. However, political strife and scheming have begun to decay the established government from the inside out. As a new Vasudan leadership emerges, a breakaway faction forms - the Vasudan Reformation Camp.


Immediately, the GTVA is plunged into yet another full-scale war against a well-equipped, separatist force intent on destruction on a galactic scale - But this is not even half the story. Behind the fog of war, hidden in the shadows, the Security Council plans its next move. And as the way back to the Terran homeworld is becoming clear, the end of all civilization rises up over the horizon.
Post article RSS Articles

Status Update
We've been reworking the mission scripts and other design features of the actual game storyline, and we're glad to say that the campaign is coming along smoothly. The rework of the scripts have added a new level of depth to the storytelling narrative; and what's more it's seriously sped up the development progress for our mission creators.

Ships
GTB Hera
The GTB Hera is the heaviest Terran bomber, with a formidable array of no less than 10 forward mass-driver or particle hardpoints, and three point-defense turrets. But of course, that's only the half of it, as you can fit hundreds of short-range rockets or dozens of high-yield antimatter warheads into its enormous missile tubes. Created by blowfish, with maps courtesy of FreeSpaceKing.

(please note that these are only renders, they're not in-game shots) 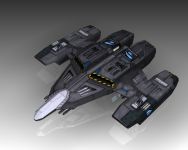 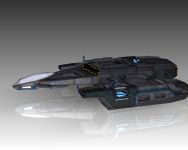 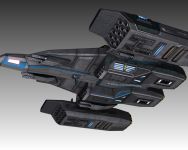 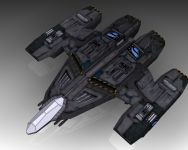 Mission Screenshots
A few screenshots from the missions themselves.

A pilot of an Ezechiel fighter tries to find his way in a rapidly changing world... 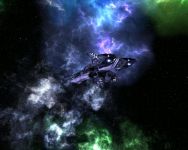 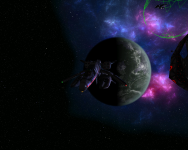 Escorting a convoy of freighters through a volatile asteroid field. 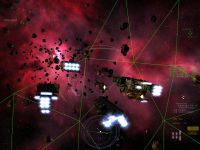 Cutscenes
This is not a prerendered cutscene. By utilizing the powerful cutscene simulation functions added by the FreeSpace SCP team, we are able to use the game engine itself for certain plot sequences. In the future, we may even create interactive cutscenes and quicktime events. 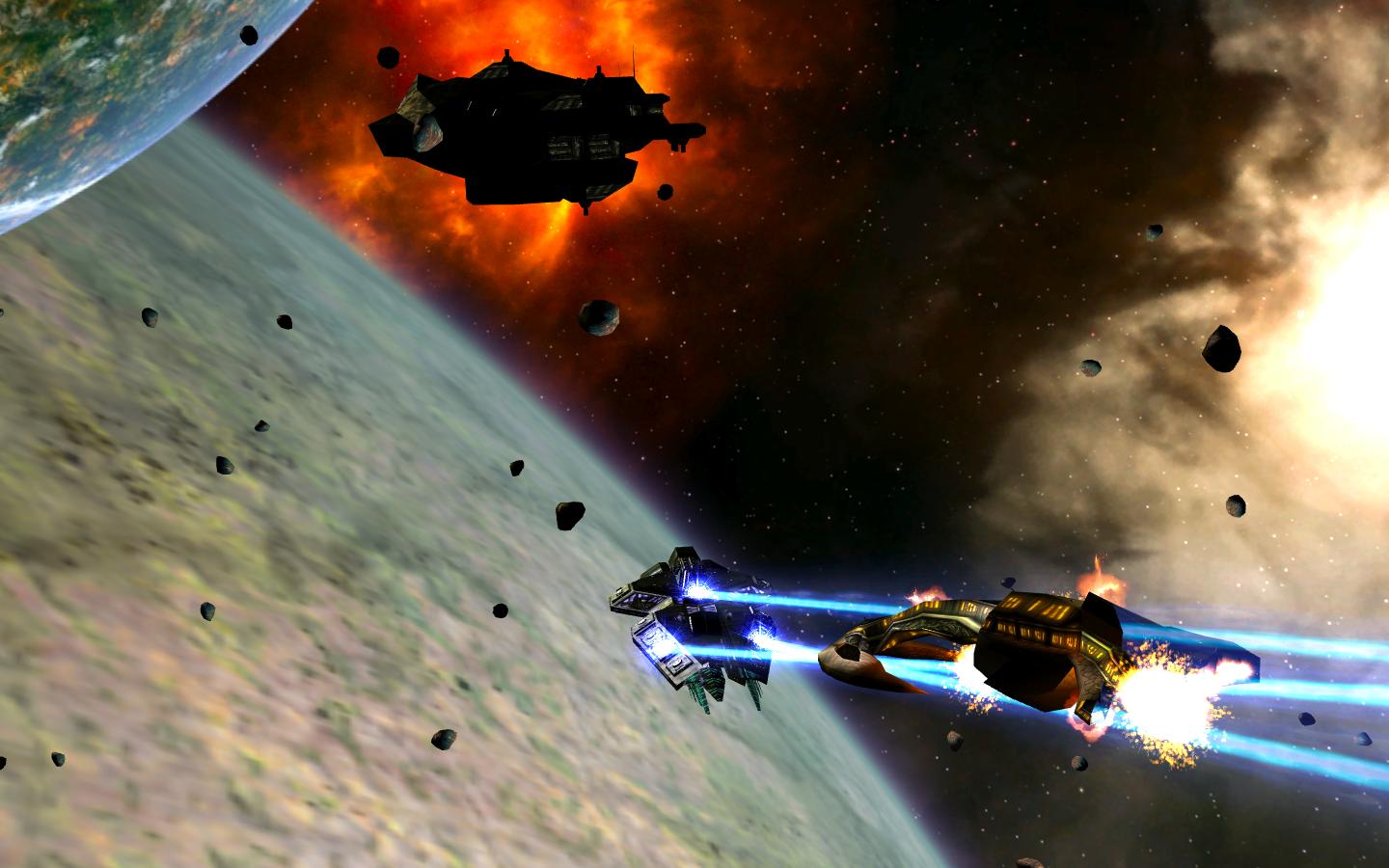 
Stay Tuned!
That's all for today folks. However, with progress accelerating on all fronts due to the summer holidays, expect much bigger updates in the future.

After a long period of inactivity, we are most certainly not dead. Progress is moving at a steady pace, and we anticipate some serious updates in the...

As always we give you monthly project update. If you're intrested of what have we done this month, check out this news!

It's time for next media update. Make sure you check it out!

As new year present we give you two new videos, several new renders and a couple of screenshots. Make sure you check them out!

Will This come out for mac?

The engine is compatible with Mac, so I'd say it will. ;-)

I really would like to have a statusupdate if this game is still under work.

It's in bad shape. A number of team members left and the remaining ones are inactive for now.

Some of Earth Defense's talent is currently working on Blue Planet War in Heaven while ED hibernates.

Okay, seriously, find a way to make the music sample NOT AUTOPLAY when I load the page.

This from a team member. It's seriously annoying.

I get an automatic download, which is even worse...

I have about a couple hundred questions, but I'll only ask one: Are you going to do anything reguarding the effects of Admiral Bosch's ETAK project?