You, James Smith (served in SWAT for a decade with no failed ops and now working as a detective), on vacation going to visit your family. Driving on a deserted road somewhere in Utah, the car brakes down. With miles of nothing behind, J. decides to go forward and stumbles upon an abandoned rock/sand processing factory with just one yawning guard sitting there. Pointed by the guard, J. walks behind the factory to find the phone. When he comes back, he only sees two army trucks and the dead guard… J.'s detective curiosity leads him inside the factory only to find that this place is absolutely not what it seems to be… ***Just to clarify a few things!*** 1) This is a Xash engine mod based on Half-Life assets (reskin/retex npc/wpn (custom mdls, or simply retex) 2) BUT: story doesn't have anything to do with HL universe AT ALL. Here's why: 3) I'm only mapper (I don't know coding, modelling, texturing) therefore: 4) I'm using models and textures I got from web, all rights go to creators!

I'm back with some updates. The work is going well. Last two weeks I was deep into the coding - never done that ever before, but with some help and tutorials around the internet I managed to get some things done that I always wanted! And last but not least, last two days were spent migrating from Xash build 3521 to 4529, and to XashXT mod 0.81 rev.2 which can make beautiful things and has much better performance! 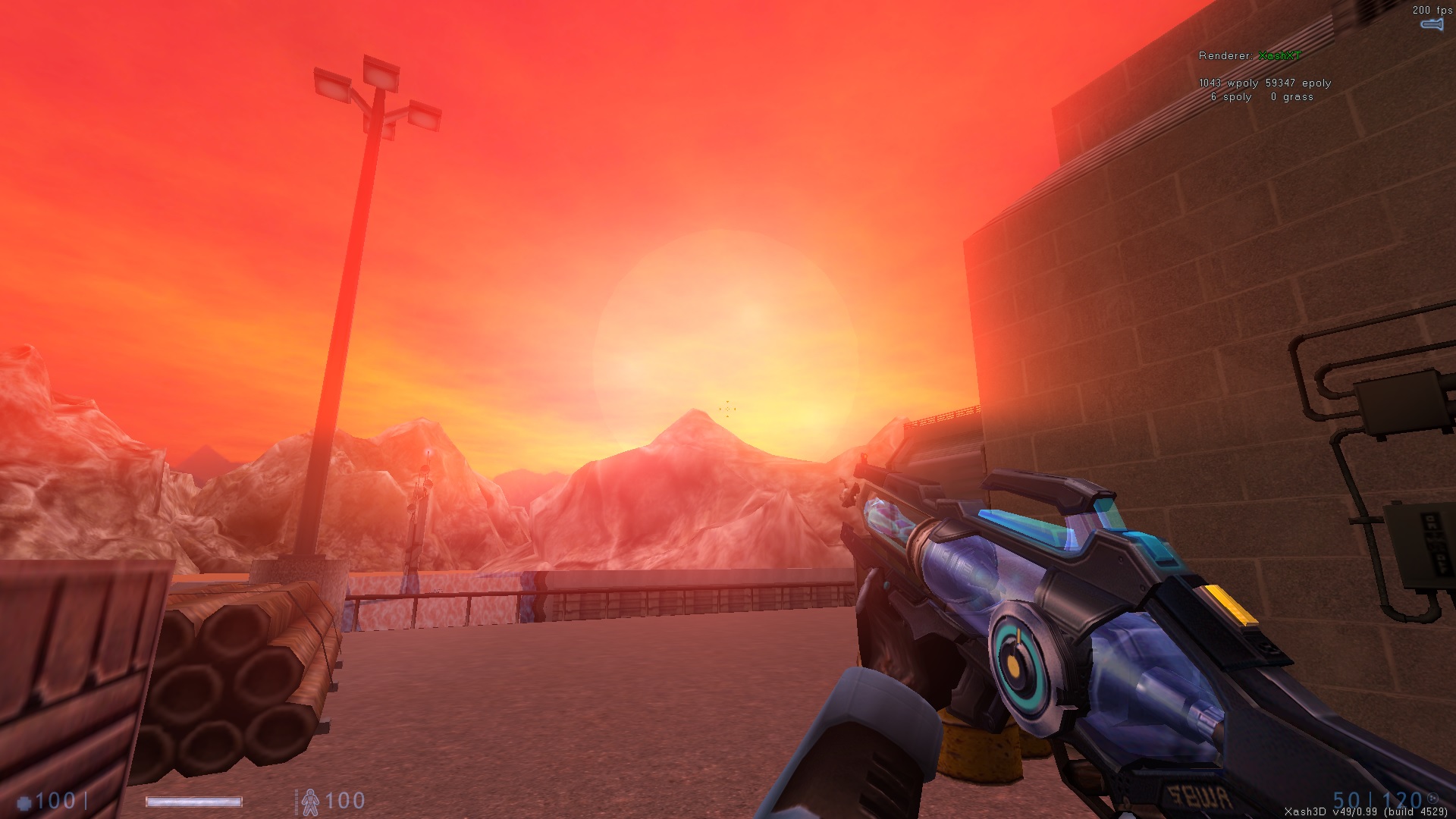 What else was done? With coding I managed to add a few things:
- laser weapon which you can see on the screenshot (yes, model is from CSO) - it's an edited gauss which now has reloading function and carries 50 "refined crystals" ammo in the clip.
- Sprint. Now my character has stamina, which is affected by running and jumping. Thanks to Ku2zoff for the source code.
- Proper health regeneration! Thanks to the tutorial on the Valve Developers. Before this I used simple trigger_hurt to heal the player, but now I can sleep in peace - this code solution is the best.
- Dedicated monster entites - one of the main characters, Alice, is not a monster_barney with a custom skin but a monster_alice which acts the same as "barney" though, yet has slightly different functions.
- Maps - I'm slowly reaching the final map but like I said many and many times, I will need to entirely redo the first chapter. This is unfortunate, but it's not living up to my today's standards.

Thank you for sticking around!

Talking about the mod. Story of developing, what it has right now etc.

i was dreaming to see a mod like this,btw its so fascinating loved the city map design and im looking into this mod, can't wait for it ;)

Thank you for the kind words, I'll try to do my best

Good work here! I like the level design, especially the 3d skies, looking forward to it.

I'm still working, no worries. It will be done one day. Too much work to just waste it.
Currently at the last chapter with mapping. But then there is a lot of fixes/redos to be executed on earlier maps. I wanted to make a simple shooter mod but it went too far! :D

Yours is a very peculiar project and I'm looking forward to playing it. Should you find yourself in need for a voice actor you can count me in! I've already done some work for the guys over at Lost Squad (HL2:EP2 based game).

Thanks man I'll keep that in mind!