Darwinia is a genre defying indie masterpiece. Created by a 4 person English company, the game mostly resembles a 3d squad shooter such as Commandoes. Introversion set out to make something greater though, because at heart it is a full Real Time Strategy game. Darwinia's landscape and universe is a throwback to the 80's retro style gaming.

The pixelated characters, such as Darwinian's Engineers, and Squads are fighting under your control to take the digital planet of Darwinia created by Dr Sepulveda back from a virus infection. New units can be created, and Darwinian's can be commanded by officers once you liberate their souls from the viral infection.

Hello everyone on ModDB! I'm Adrian Lopez, the founder and administrator of Introversion Tournaments, a community group centered around Multiwinia and DEFCON. We are attempting to host our first ever Multiwinia tournament! We have 3 spots filled, and there are 9 spots open for the taking! If interested and want to participate in the mayhem, please head on over to our forum! Full details on the tournament can be found below:

This tournament's name is the "Survival of the Flattest". The tournament will consist of 12 players split into 3 brackets(so there will be 3 matches and 1 finals match, moderated by us). The important details are:
- 4 players will face off in a 'Domination' match against eachother on the map 'The Holy Tree'
- It is every man for himself. He who owns the most spawn points or is the last man standing wins and moves on.
- The winning 3 players of the 1st round will proceed to the finals, where they will fight to the death(same rules and win conditions apply.

- You CANNOT talk, discuss, or converse with any competitors privately. If you do talk, it MUST be in all talk. If you try to converse with players privately(we will know) you will be disqualified and banned from competing in future tournaments.
- Once the competition begins, you MUST remove your opponents(should they be on your friends list) from your friends list. No private Steam chatting is allowed.
- Show sportsmanship and comradery, but fight the good fight and let there be no mercy.
- No trash talk or profound language against other competitors - have respect for your opponent.
- Should any rules be violated, you will be warned, and if you continue to act unfavorably, the match will be stopped and you will be disqualified from the tournament.

All players who participate in the tournament(albeit win or lose) will be recognized on the Introversion Tournaments forum by having their name put in purple(instead of the standard white), and the champion will have their name in a gold-yellow. The champion will also receive a free copy of HALF-LIFE 2. All participants will also be recognized in our tournament archives, and your name will always be there.

There is a SECOND prize that will be awarded, but it shall remain undisclosed until the competition begins. 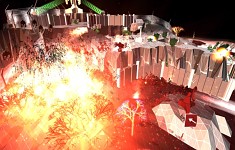 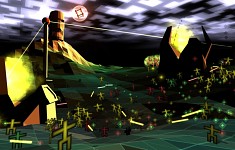 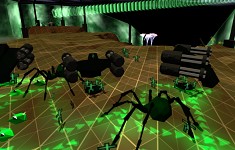 The Dawn of Introversion Tournaments!

Update 0.15 has a few tweaks added to several scripts. As well as an adjustment to an AI Spawn Point on Gluons. This update will not interfere with...

In a weeks time the 2009 Editors and Players Choice Mod of the Year will be announced. But before the curtain opens, lets look back on the year that was.

A brand new demo of Darwinia, featuring an entirely new level not included in the full game. Features a brand new icon based control mechanism and a detailed...

The_Particles_Within I wanted to expand the game. Not born a story writer...I came up with a storyline that would match the game. The first part of the...

This version of the patch brings German language support, preparations for the upcoming launch on Steam, and several other changes.

It has been long time since i've havent played an original and catchy game like Darwinia. It worths every penny i spent. It was comical and also nice to see cannon fodderish intro "This game is no way endorsed by sensible software" :)

Epic i love the Intro music

I got this and multiwinia in a humble bundel WOOT

This is rather fun. It reminds me a lot of the classic Cannon Fodder, if it had a lovechild with Tron. Very fun, and the weird retro style really grows on you quickly.

I would rather buy this game than EA's destroyed C&C Series...

I mean look at this, its GREAT, Darwinia entertains me way more than EA games :P!

Nice game. Altough it really made me go mad when I found out that I just had 133 darwinians and had to save 150 in the second mission...