It's a fast paced bullet hell shooter with swarms of robotic enemies.

The game is in 640x400 resolution with 16 colors. The 16 color mode has caused some trouble with changing it back & forth with having more colors with less shades or few colors with more shades. If after this I want more colors or shades, then goodbye 16 color mode, but otherwise keep the cyberspace look.

There are cheese, berries, keys, ammo and other items for collecting. Cheese and berries give credits, which maybe recharge player's energy and hit points to the max every 100K credits (at the moment they don't do anything). Keys are used to unlock stuff. There are regular and permanent keys. May need more than one key to unlock something. Regular keys are removed when used, permanent keys decrease the amount of regular keys needed for unlocking.

Ammo items perhaps also give the weapon if didn't have it yet. Player has normal and inventory/special weapons. Normal weapons show a sprite in the view, the others just a HUD icon. Currently both were selected at the same time. Selecting the same weapon again swaps it to the other side. At some point the game was flight only, but it's a powerup now, though it didn't appear in the video. 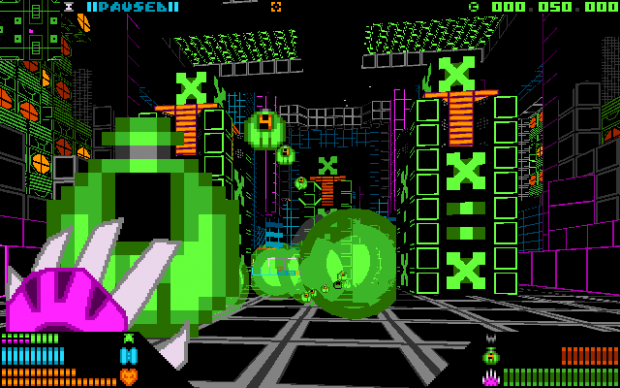 Grenades, the timers are animated, the explosion does little damage every frame it's on. 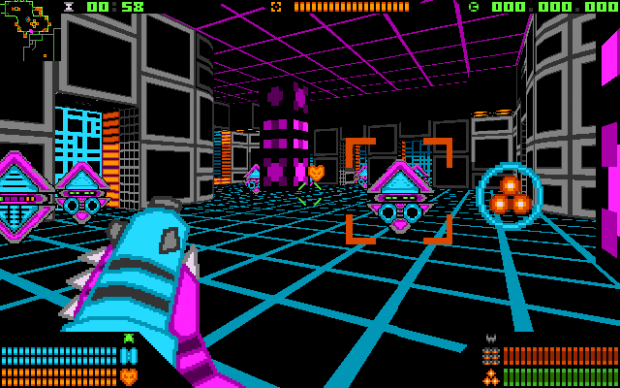 A blaster for when you need to blast things. Fires triple bullets if have ammo, if not, then just one bullet. 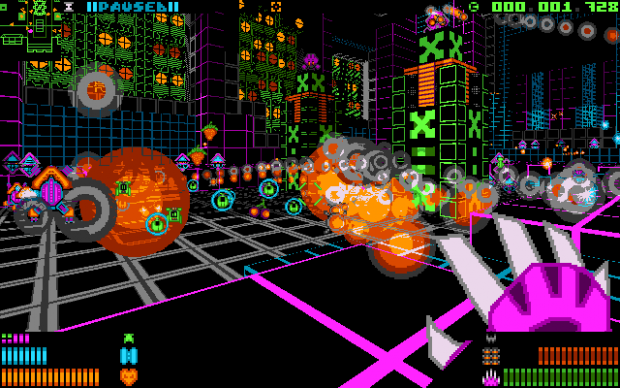 Firing the multi mini missiles. Player fires 6 of them in a sequence. 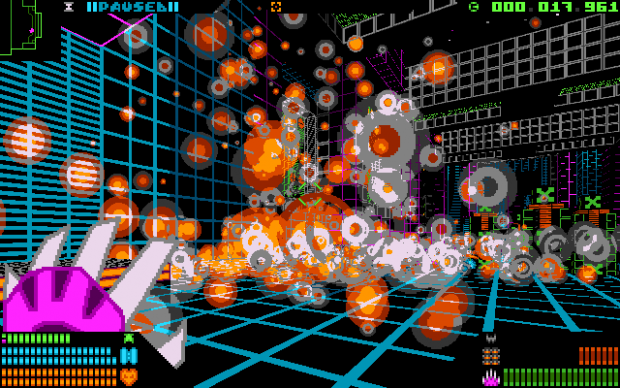 There's a cheat that spawns more sparks and allows them to last longer.

i guess this is dead.

I'ts there any way to play this mod in an actual doom port like GZDoom or Zandronum maybe?

Oh my, this one's also looking gorgeous. But will you please actually deliver this one this decade? :P