Get it on Steam: Store.steampowered.com

In CyberSentinel you take the role of a hacker, who writes programs to steal data from secure systems in a kind of '80s/'90s stylized version of cyberspace. You don't need to know any programming language, because programs are created using a variation of Alan Turing's state machine diagrams via a touch-based 3D interface. Its implementation is easy to use, yet complicated enough to teach programming basics.

You can grab it on the stores: 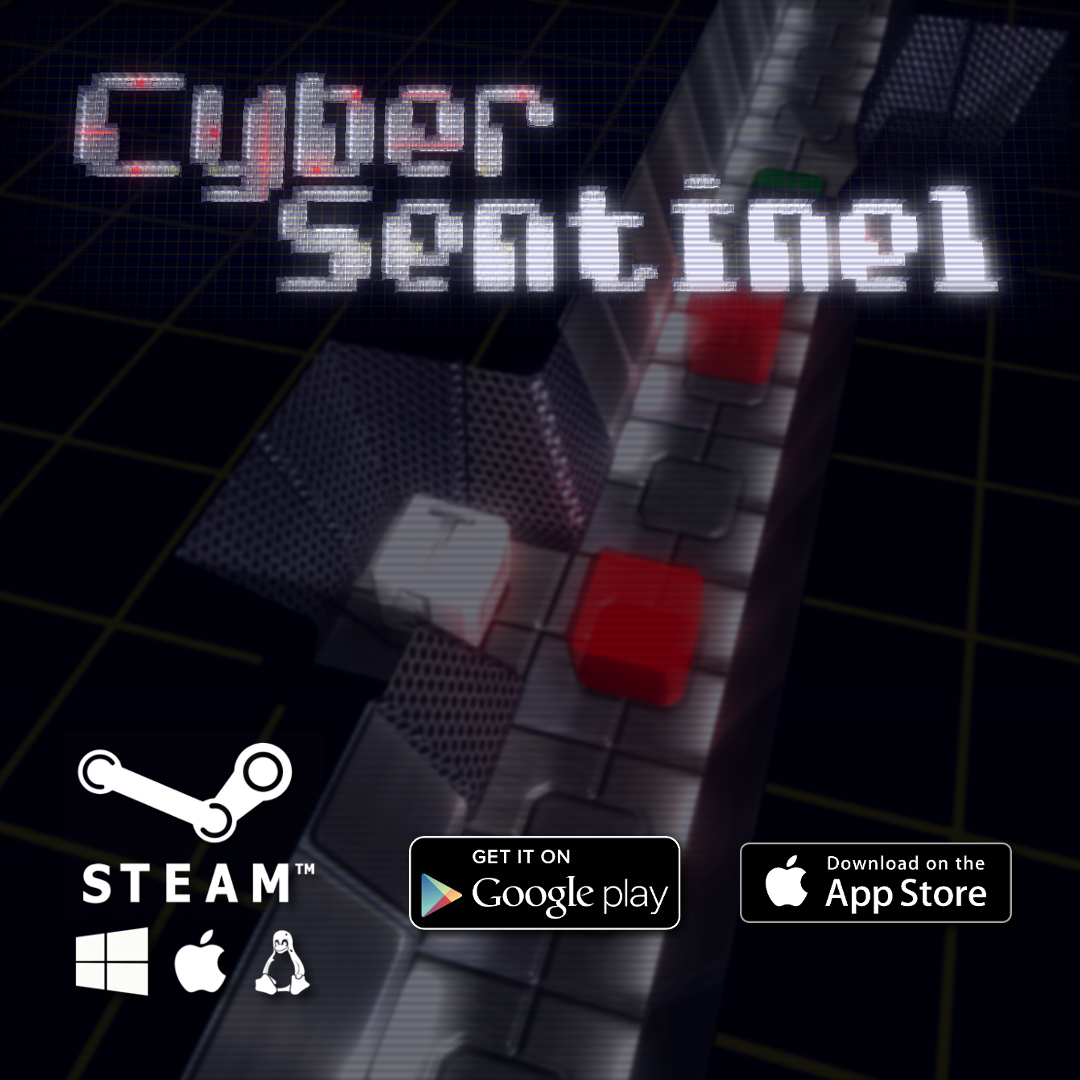 Cyber Sentinel game was just released on Steam for Windows, Mac and Linux!

After about two years in the making Cyber Sentinel will finally be released on July 29th!

Big surprise for everyone waiting for Cyber Sentinel - you can buy and download it early DRM-free and then get free Steam Key!

Intersting !
Please publish on a DRm-free plateform such as Desura or Itych.io

Hi, I don't know if you will get any notification but I just wanted to let you know that game is now available to buy and download Build A greenlight Bundle here: Groupees.com . If you can please also vote for games in this bundle on Steam Greenlight. Thanks and have fun playing.

hi, thanks. You can play demo version here: Gamejolt.com . We are considering itch.io :)